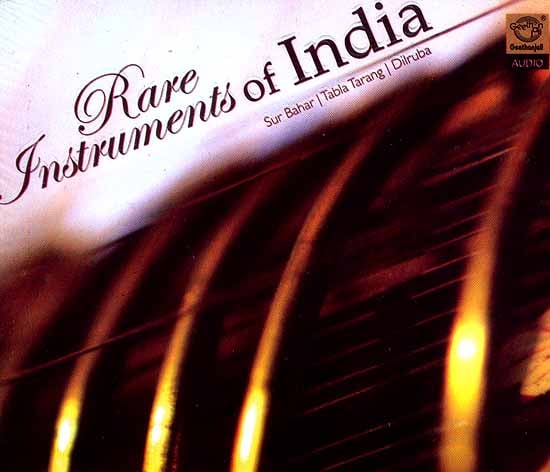 Surbahar also known as bass sitar is a plucked string instruments used in the Hindustani classical music of North India. It has a deep, sonorous and ringing tone. The popularity of the star as a classical instrument has all but eclipsed.

Dilruba is a stringed instrument of the bowed variety with a finger board and frets which resemble the sitar. The instrument resembles the sarangi: its belly too is coverer with skin and it too is played with a bow. All the nuances of the sarangi are possible on the Dilruba, which both instruments ideals as accompaniment as also solo play.

Tabla Tarang is a take off from the Tabla and makes this rhythmic accompaniment a melodic instrument by using a number of treble drums. These drums are tuned to the various notes of the octave which enables the player to coax ragas and melodies from them. The Tabla player who has attained finesse in playing his instruments may venture into tabla tarang playing and become the main player. Disjunct notes and limited range (not more than 16 instruments can be played because the player cannot reach out too many) are the limitations of the instruments. Yet it is novelty as it turns a rhythmic instrument into a melody instrument. Sound is produced by striking the tablas with the fingers and is both mellow and melodies.