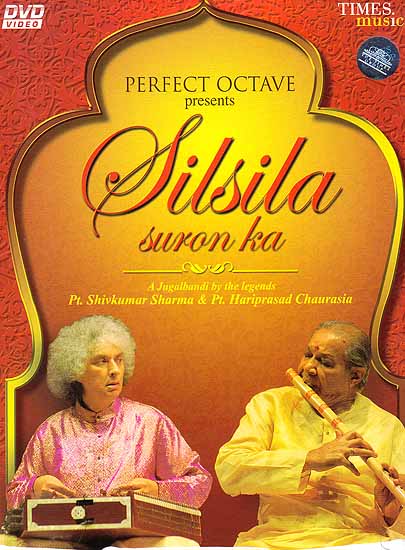 Pandit Shivkumar Sharma was born in January 13, 1938, Jammu India. He is the master instrumentalist of the Santoor and is credited with single handedly making the Santoor a popular classical instrument.

He has composed music for many Hindi Films in collaboration with Pandit Hariprasad Chaurasia starting with Silsila (1980). They came to be known as the Shiv Hari music Duo.

Pandit Shivkumar Sharma is the recipient of national and international awards including an honorary citizenship of the city of Baltimore, USA in 1985 the Sangeet Natak Akademi Award in 1986 the Padma Shri in 1991 and the position of a popular classical instrument.

He is one of India’s most respected classical Musicians. He has earned several awards such as the Padma Bhushan (1992) and Padma Vibhushan (2000) to name of few.

He is one of the busiest and most sought after contemporary musicians in the in the world today also considered as a rare combination of innovator and traditionalist.

This unique album features a live Recording of a JugalBandi by two of the greatest maestros of Indian classical Music – Pandit Shivkumar Sharma and Pandit Hariprasad Chaurasia. A rare musical treat for music lovers.