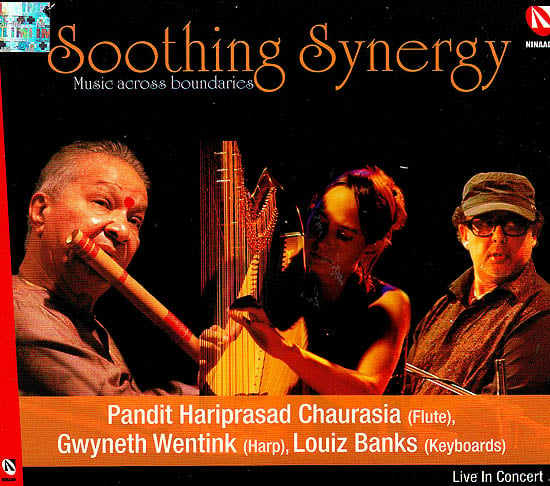 It was in the year 2009 that Banyan Tree our sister company for the first time ever presented western classical Hindustani classical and innovative collaborative world music on the same. Platform in the same evening. While the Hindustani classical genre was represented by internationally acclaimed flautist Padmavibhushan Pt. Hariprasad Chaurasai Western classical was brought to life by celebrated harpist Gwyneth Wentink from the Netherlands. The harp is an instrument which not many Indian listeners especially of the Indian classical genre are very familiar with. However both the Indian bamboo flute and harp are ancient and have a strong spiritual connection. While the flute is said to be favorite instrument of Lord Krishna the earliest references of the harp are found in the Bible David Player the harp. Naturally there is something truly soothingly celestial when the two instruments merge the result is sheer magic!

Gwyneth Wentink an accomplished musician started learning the harp form the age of five and gave her first stage performance at the age of eight. After several rewards awards and concerts tours in different parts of the western world she started learning Indian classical music under Pt. Hariprasad Chaurasia undoubtedly the most popular flautist in the classical genre today and also one of finest musicians of India.

This album opens with three compositions on the Harp. The first is a sonata with three movements composed by Jan Ladistav Dussek a Czech composer from the late 18th century Carnaval de Venise the second composition based on old folk tunes is created by the Belgian composer Felix (1818-1897) Last Sarabande with two movements and ground is a composition of William Croft (1678-1727).

After the enchanting music on the harp, Pt. Hariprasad Chaurasia takes the listeners to the world of Indian classical music with Raga Kirwani an evening melody that originates from the Kirwani Mel of carnatic (south Indian) stream of Indian classical music. It uses all the seven notes in both the ascending and descending orders and uses 3rd and 6th notes in their flat forms.

As he unfolds the raga with a truly blissful alap he is joined by Gwyneth Skillfully and spontaneously interpreting the melody on her harp. After the meditative alap and a jod (where the rhythm is talent) they play a composition set to Rupak tall a seven beat cycle played masterfully by Vijay ghate on the tabla.

The beautiful of the two instruments only becomes more soothing as they create together at times overlapping and in tadem at others.

The album concludes with a specially created composition where Louiz banks one of the most popular jazz musicians of India joins in on the electronic synthesizer. Rakesh Chaurasia on flute and Gino Banks on the western drums. The music that flows out is simply brilliant not just for its energy beautiful and deep synergy.