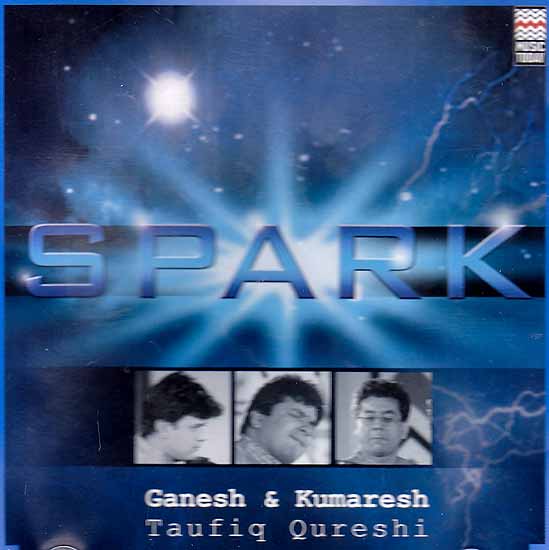 Ganesh and Kumaresh (The Composers)

Ganesh and Kumaresh made their debut as child prodigies in 1972 aged just seven and five. Trained by their father Rajagopalan the brother blossomed into proficient artistes at a very young age. The government of Tamil Nadu recognized their artistry and made them state artistes in 1983. Endowed with a rich musical imagination and virtuosity they are today among the most exciting artistes in the country. Rich concert experience coupled with the strong urge to give original flawless and fascinating style of their own. Their musical caliber is now recognized worldwide and they have performed extensively in the USA, Canada, Europe, Middle East and South East Asia. Ganesh is also a fine vocalist and has been embellishing his violin concerts with splashes of vocal music. Their latest venture is in the arena of world music with its multifaceted dimension of blending the oriental melodies with the western harmony.

Taufiq Qureshi is the youngest son of the legendary tabla wizard Alla Rakha and brother or world percussion master Zakir Hussain. He thus could arguably said to belong to India’s first family of percussion. A dedicated self learner Taufiq soon discovered his greatest asset was a feel for the world of sound with all its intricate nuances. This is the quality which makes him one of the most sought after rhythm programmers and percussionists in the word of studio recordings today.

He has composed the music for the album colors of Rajasthan released by Music Today and assisted in the production of music of the Desert, Music of space and the film Saaz. He has been featured in the international music for the film Train to Pakistan and several television serials. Taufiq’s world music album Rhydhun was the first of its kind to be released in India. He has performed widely all over India USA and England.

Indian music like the wider cultural ethos of the sub continent is all about assimilation re-invention and confluence of divers influences. Such has been the tradition for cross culturalism here that indeed it would be difficult to realize our self without delving into the other. In music too this proclivity manifests itself all round. Contrasts and confluences of all kinds have always found musical expression form earliest of times to date. No wonder then in the age of fusion and world music Indian musicians have found a natural niche.

The composers Ganesh Kumaresh along with Taufiq Qureshi Present a scintillating recital of Carnatic music pieces augmented with western strings keyboards and percussion skillfully woven around the theme of the nava rasas or the nine basic emotions. All human experiences are realized through emotions called the rasas in Sanskrit. While the second century text the Natya Sahastra enumerates the nine basic rasas Ganesh Kumaresh attempt here to present their version of these through music using a heap of creativity and imagination classical ragas folk tunes and modern rhythm combine in a heady mélange of sounds both traditional and contemporary.