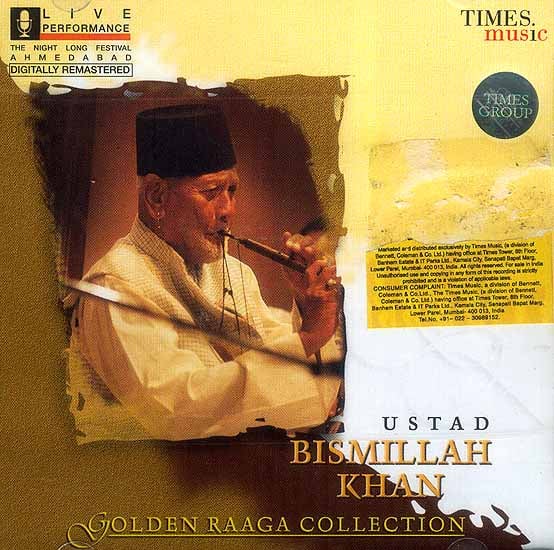 In 1989, Ustad Bismillah Khan gave a live performance in Ahmedabad to celebrate 150 years of The Times of India. This soulstirring performance was recorded live exclusively by us and is Presented to you as part of The Golden Raaga Collection.

Ustad Bismillah Khan a disciple of his maternal uncle, Late Ali Bux. By sheer dexterity, he was able to improvise intricate but dazzling musical pattern-weavings, which was previously thought to be outside the range and scope of the shehnai. In recognition of his outstanding contribution to Indian classical music, he was conferred the Padma Bhushan in January 1968.