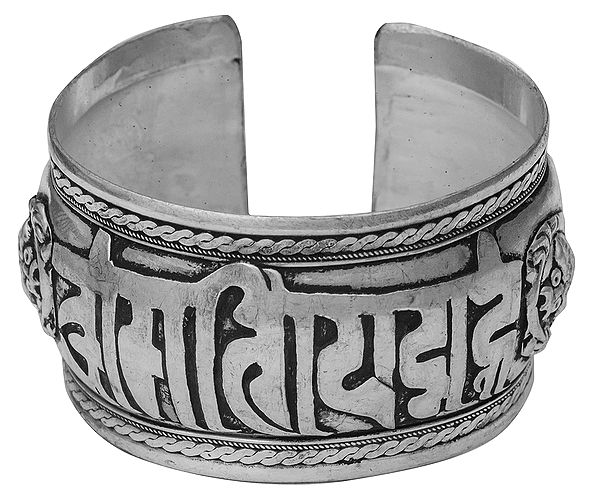 An arresting piece with the graceful Om Mani Padme Hum writing on this cuff bracelet is that will create your stunning look. This enchanting jewel craved with meaningful letters represents the sacred message.

This cuff bracelet shows the unusual obsessiveness with the Om Mani Padme Hum mantra. Om Mani Padme Hum is a Sanskrit mantra that is usually connected with the bodhisattva and Shadakshari. It is claimed that this mantra is mentioned as the sadaksara which means the six sallybal when it first emerged in the Mahayana Kāraṇḍavyūhasūtra .

The Om word is also known as Aum which is a sacred symbolism. The mani word means the bead or jewel and Padmi are actually a flower named lotus. The Hum word embodies the spirit of wisdom enlightenment. Om Mani Padme Hum mantra is the Buddhist teachings. This six-syllable mantra is connected with the Indian religion.

Om Mani Padme Hum is the most popular and the most omnipresent mantra. This mantra is a form of sacred practice in religion. Om Mani Padme Hum is also used in Chinese Taoism due to the interaction between Tibetans, Mongolians, and Chinese Buddhists. Wear this delicate cuff bracelet and add the turns of perpetual grace to your life. 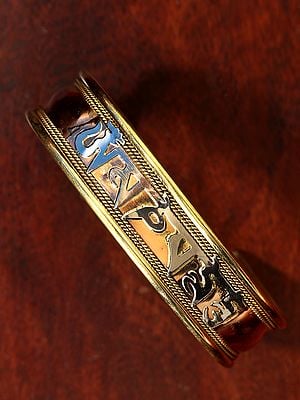 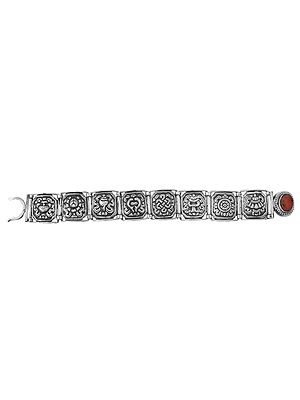 Ashtamangala Bracelet with Coral - Made in Nepal
0.8 inch Height7 inch Length
$295
Sold Out 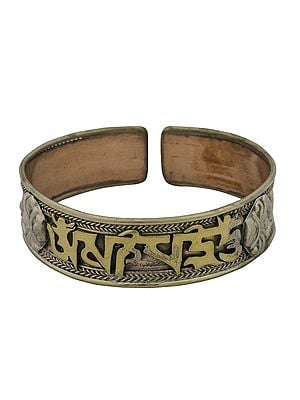 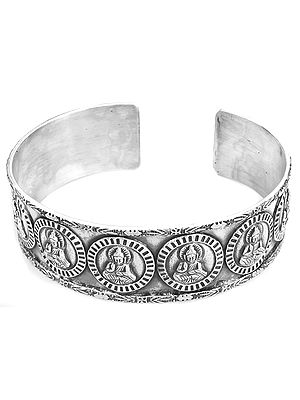