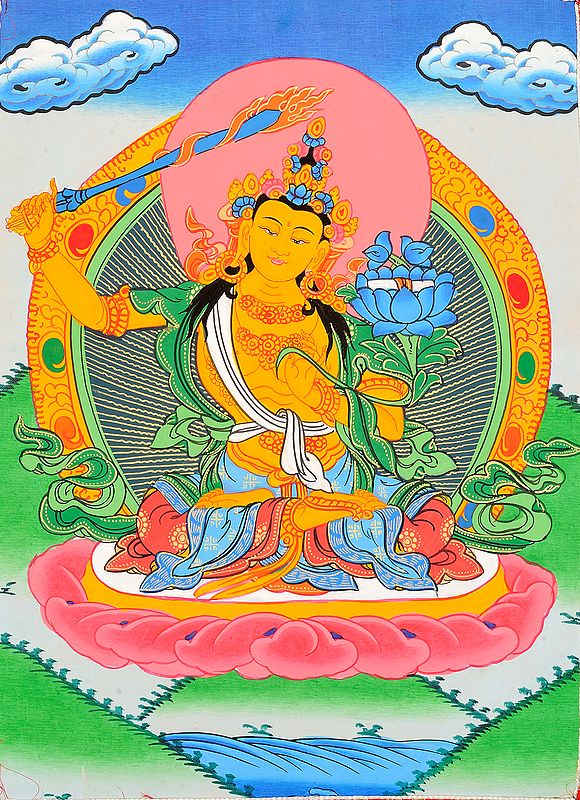 FREE Delivery
Only 1 available
$93.75
$125
(25% off)
A Bodhisattva is a Buddha-aspect or a person on the way to Buddhahood. Manjushri is perhaps one of the most renowned Bodhisattvas. He is also commonly known as one of the closest followers of Buddha Shakyamuni. He is also one of Mahayana Buddhism’s most important Boddhisatvas. Manjushri is said to be the embodiment of prajna (transcendent wisdom). Sutras have been created for him as early as AD 250, but experts say he has not been depicted in art before AD 400. When art pieces began including him as a subject, he is usually drawn wearing princely articles of clothing. His right hand is holding a sword of wisdom while his left-hand holds a stem of the lotus plant. In this thangka, he is shown having yellow skin and wears garments and robes fitting to a prince, as consistent with tradition.

His most iconic aspect mostly depicts him holding a flaming sword. This sword is used to cut down the duality and ignorance and is the symbolism for wisdom. At the same time, the flame does not only cut the worst of worldly knowledge but also casts off the darkness it brings. On his other hand is another feature of his iconography: the lotus stem bearing a manuscript or a book. The lotus is also blue which is a symbol of the victory over the senses, also symbolizing intelligence and wisdom. This book is the prajnaparamita, The Perfection of (Transcendent) Wisdom. In this painting, he is seen sitting on a lotus throne, the lotus being the symbol of purity and compassion in Buddhism. The pink lotus also signals Manjushri as one of the highest deities in Buddhism, as pink lotus is usually reserved for those deities. The mountain on his back also represents the Wu Tai Shan Mountain, a sacred mountain for Buddhists as it is believed that Manjushri visited and dwells in there. 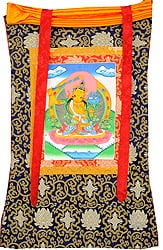 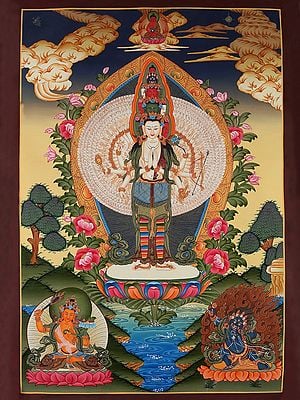 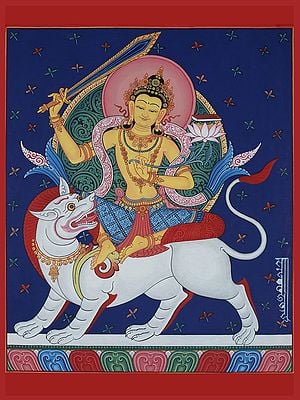 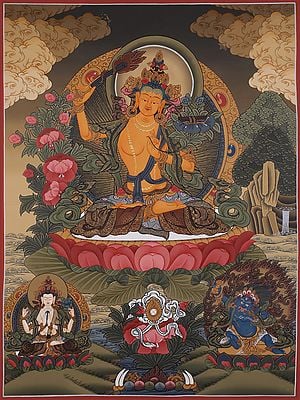 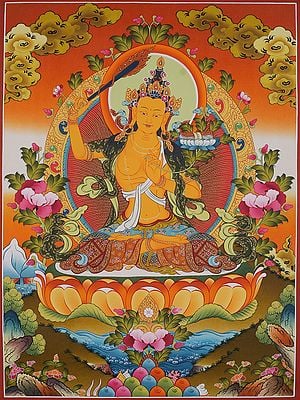 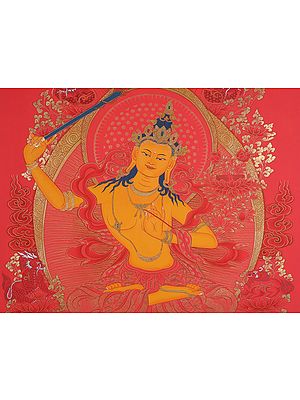 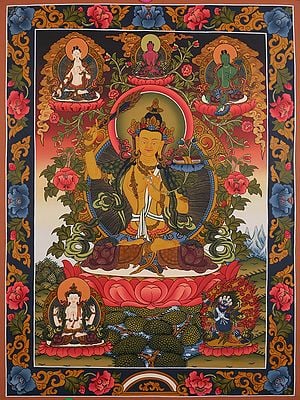 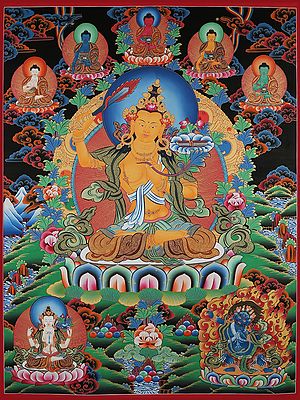 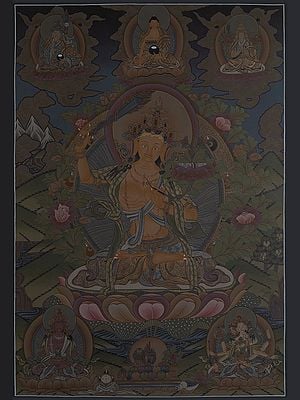 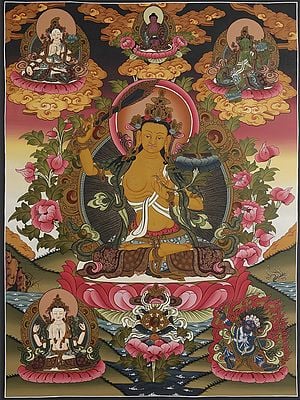 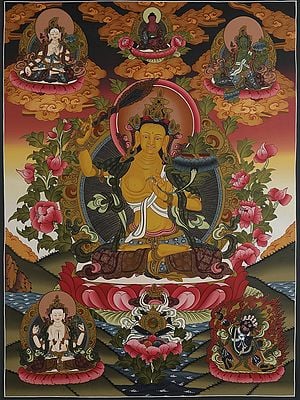