The Elephant And The Dancing Tribesmen

$95
The distinguishing feature of Warli folk painting is in its themes. While the rest of India’s folk arts are known for their predominantly devotion themes - the iconography of devas and devis, and episodes from the itihasas - the folk art of coastal Maharashtra stands out in this regard. Produced by the humble tribeswomen of Warli, these so-named paintings depict the fullness of ihalokiya (worldly) life. Warli painters draw inspiration from their own unique social life, of which the work that you see on this page is a fine example.

The familiar rudimentary figures of Warli art. The fluid white colour of their forms, made from a specially prepared paste of ground rice. In the centre of the circular panel in the centre is a solitary elephant, surrounded by two concentric circles of dancing tribesmen and a circular series of leaping quadrupeds. Amongst the series of figures on either side of this panel are more dancing tribesmen, wedding processions, travelling tradesmen, and groups of hunters and gatherers. Similar human and faunal figures are to be found in the house-shaped panels on either of the lateral edges of the composition.

Like most forms of folk art, Warli paintings were traditionally executed on the mud walls of tribespeople dwellings. With the increasing popularity of the art form, artists turned to handmade fabric-based canvases like patti, on which this painting has been made. It comprises layers of pure cotton held together by organic glues and often treated with cowdung. Its earthy crimson colour brings out the white of the dense figures in the foreground. 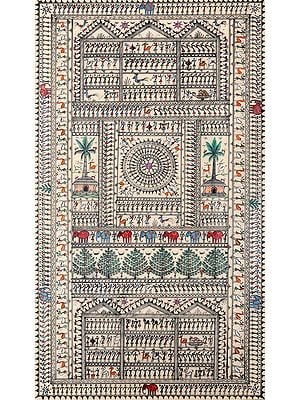 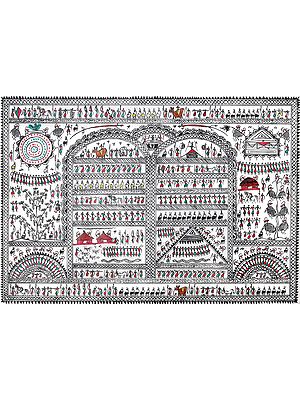 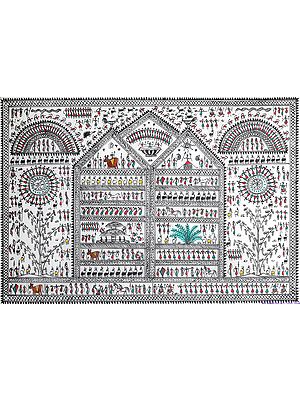 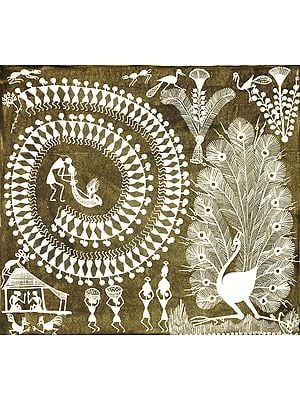 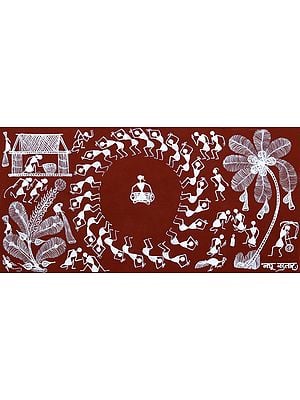 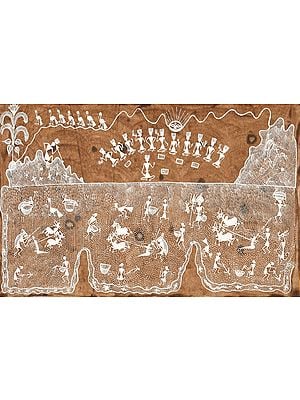 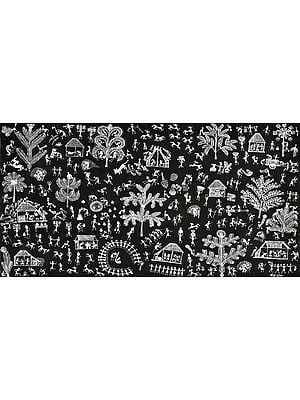 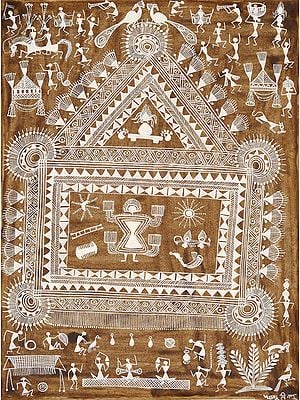 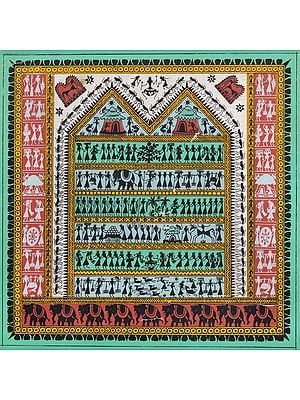 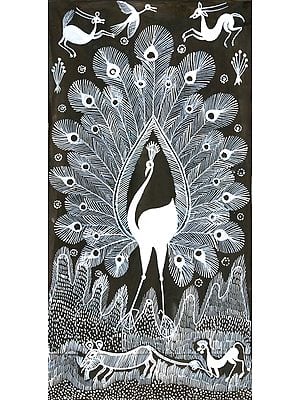 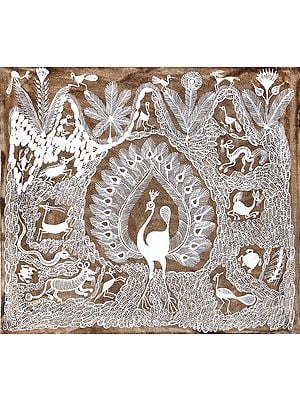 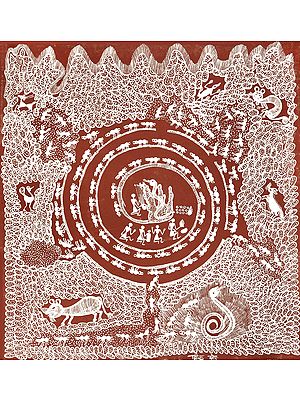 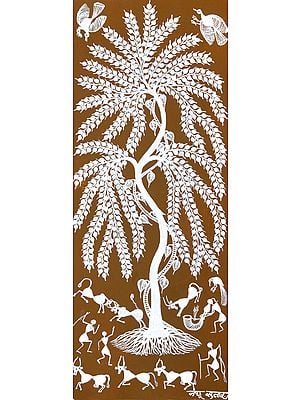 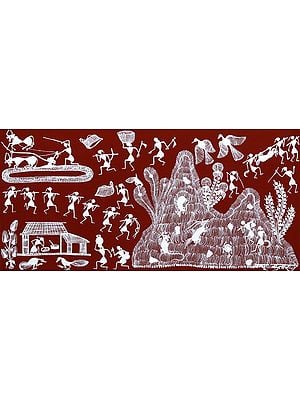 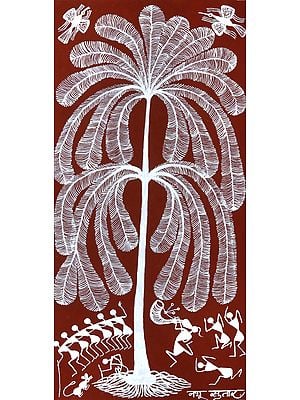 Celebration Of Life
7.5 inch x 16 inch
$20
Out of Stock
Add a review
Have A Question