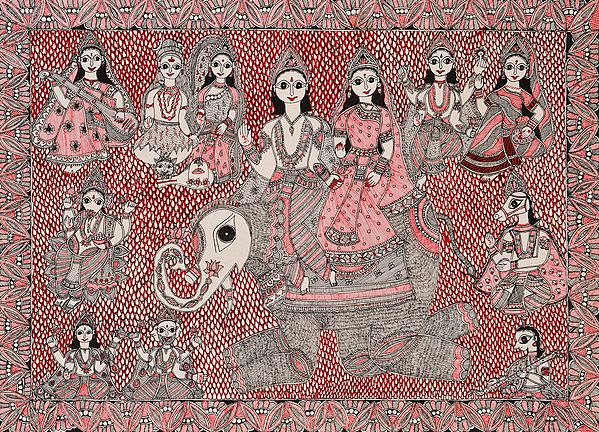 Indra and Indrani with Other Gods and Goddesses

FREE Delivery
Only 1 available
$142.50
$190
(25% off)
This exquisite and meticulous 28.5 inch x 20.5 inch painting by Madhubani painter Vandana Devi portrays the joyful Indra and Indrani sitting atop their elephant mount with other gods and goddesses in their midst. According to the Rig Veda, Indrani, Lord Indra’s consort, was the most fortunate female in the world due to Lord Indra being granted immortality. “Among all females Indrani is the most fortunate; for her husband shall not at any future time die of old age,” says the text. No one would rise to take the throne away from Lord Indra as he would never die. While kings and queens cycle in and out, coming into power only to lose it, Indrani remains an eternal queen due the nature of Indra’s immortality. According to the Bhakti Movement, Indrani is one of the nine major Goddesses of the south while in other schools she is seen simply as Lord Indra’s own shadow.

Exotic India is proud to present Indra and Indrani with Other Gods and Goddesses as a single, exclusive item. Lord Indra and Indrani rest atop their elephant mount amidst a setting painted almost entirely in red, rubied jewels. Lord Indra along with the other gods in his presence shows his right hand raised revealing the symbol of the OM declaring his deity, while Indrani’s hand remains bare. The God Ganesha rests to Lord Indra’s right while the Hayagriva sits to Indrani’s left. Order this beautiful painting now and have a regal collection of gods and goddesses blessing your space. 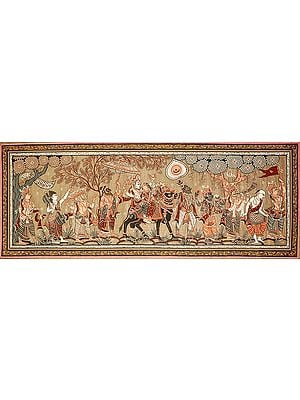 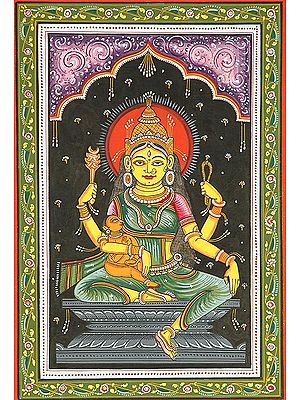 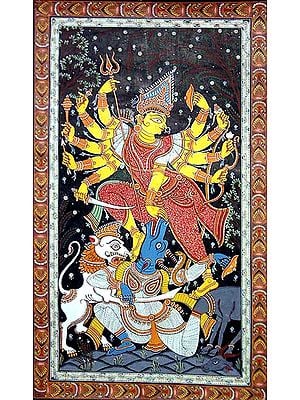 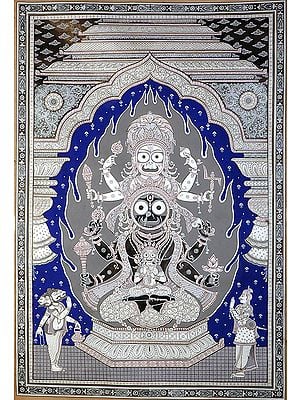 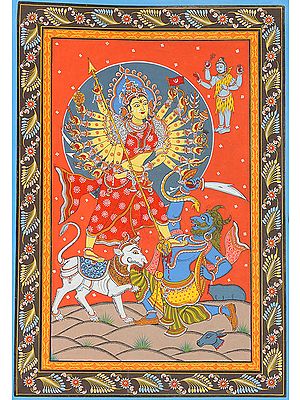 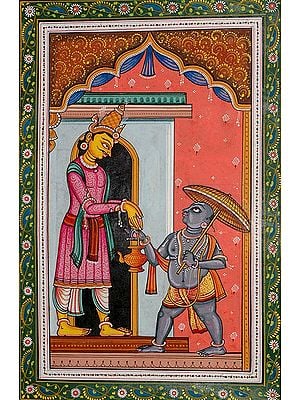 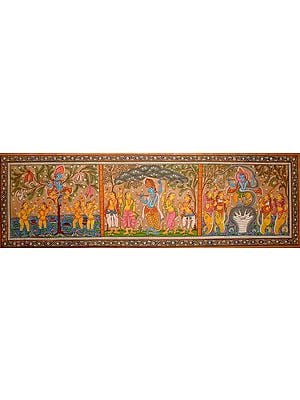 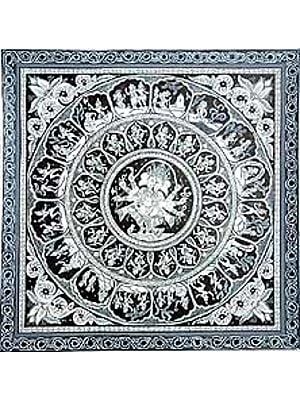 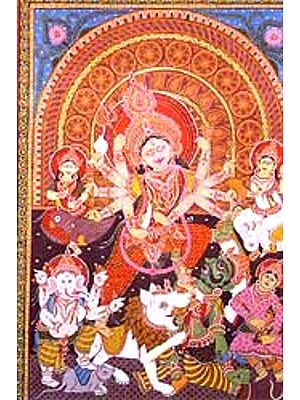 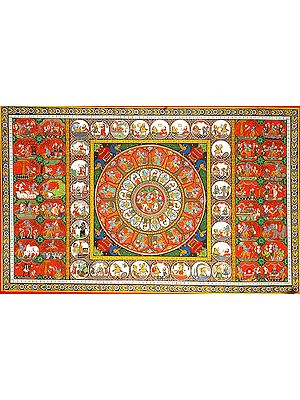 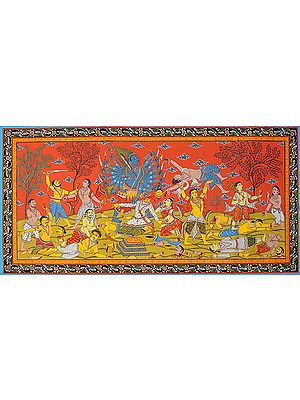 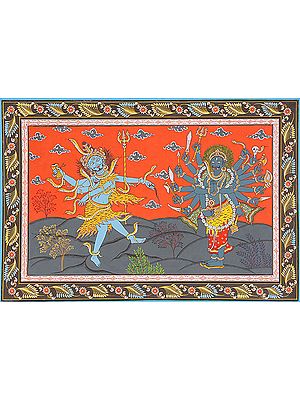 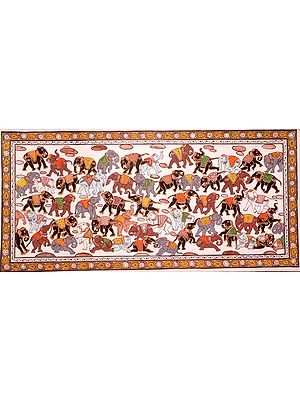 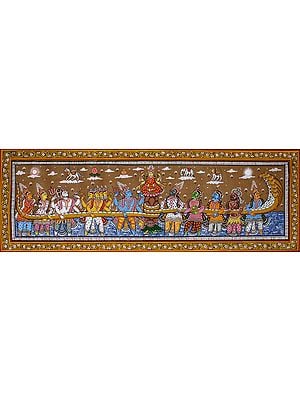