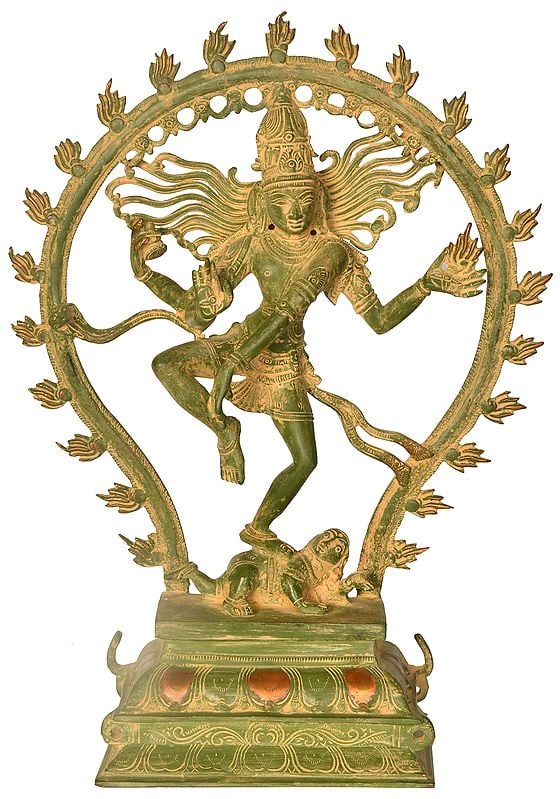 There is an interesting legend behind the conception of Shiva as Nataraja: In a dense forest in South India, there dwelt multitudes of heretical sages. Thither proceeded Shiva to confute them, accompanied by Vishnu disguised as a beautiful woman. The sages were at first led to violent dispute amongst themselves, but their anger was soon directed against Shiva, and they endeavored to destroy him by means of incantations. A fierce tiger was created in sacrificial fires, and rushed upon him; but smiling gently, he seized it and, with the nail of his little finger, stripped off its skin, and wrapped it about himself like a silken cloth.

Undiscouraged by failure, the sages renewed their offerings, and produced a monstrous serpent, which however Shiva seized and wreathed about his neck like a garland. Then he began to dance; but there rushed upon him a last monster in the shape of a malignant dwarf. Upon him the god pressed the tip of his foot, and broke the creature's back, so that it writhed upon the ground; and so, his last foe prostrate, Shiva resumed the dance.

The figure depicts a four-armed Shiva. These multiple arms represent the four cardinal directions. Each hand either holds an object or makes a specific mudra (gesture).

The upper right hand holds a hour-glass drum which is a symbol of creation. It is beating the pulse of the universe. The drum also provides the music that accompanies Shiva's dance. It represents sound as the first element in an unfolding universe, for sound is the first and most pervasive of the elements. The story goes that when Shiva granted the boon of wisdom to the ignorant Panini (the great Sanskrit grammarian), the sound of the drum encapsulated the whole of Sanskrit grammar. The first verse of Panini's grammar is in fact called Shiva sutra.

The left leg is raised towards the right leg and reaches across it; the lower left hand is stretched across the body and points to the upraised left foot which represents release from the cycle of birth and death. Interestingly, the hand pointing to the uplifted foot is held in a pose imitative of the outstretched trunk of an elephant. In Sanskrit this is known as the 'gaja-hasta-mudra (the posture of the elephant trunk), and is symbolic of Ganesha, Shiva's son, the Remover of obstacles.

Also central to understanding the symbolism behind Nataraja's hair is the realization that much of womanly charm, the sensual appeal of the Eternal Feminine, is in the fragrance, the flow and luster of beautiful hair. On the other hand, anyone renouncing the generative forces of the vegetable-animal realm, revolting against the procreative principle of life, sex, earth, and nature, and entering upon the spiritual path of absolute asceticism, has first to be shaved. He must simulate the sterility of an old man whose hairs have fallen and who no longer constitutes a link in the chain of generation. He must coldly sacrifice the foliage of the head.

Shiva is thus two opposite things: archetypal ascetic and archetypal dancer. On the one hand he is total tranquillity-inward calm absorbed in itself, absorbed in the void of the Absolute, where all distinctions merge and dissolve, and all tensions are at rest. But on the other hand he is total activity- life's energy, frantic, aimless and playful.

How to keep a Brass statue well-maintained?

Brass statues are known and appreciated for their exquisite beauty and luster. The brilliant bright gold appearance of Brass makes it appropriate for casting aesthetic statues and sculptures. Brass is a metal alloy composed mainly of copper and zinc. This chemical composition makes brass a highly durable and corrosion-resistant material. Due to these properties, Brass statues and sculptures can be kept both indoors as well as outdoors. They also last for many decades without losing all their natural shine.

Brass statues can withstand even harsh weather conditions very well due to their corrosion-resistance properties. However, maintaining the luster and natural beauty of brass statues is essential if you want to prolong their life and appearance. 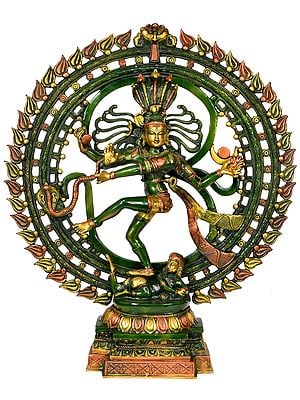 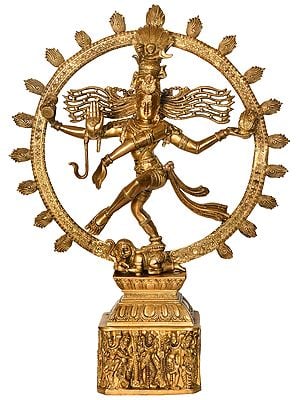 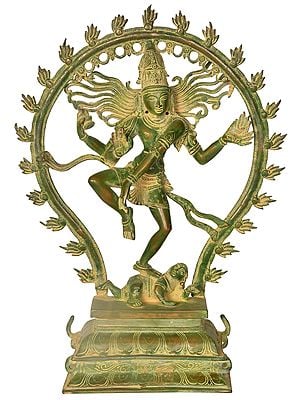 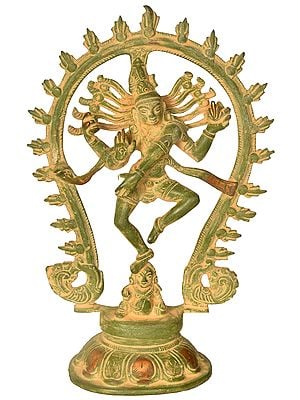 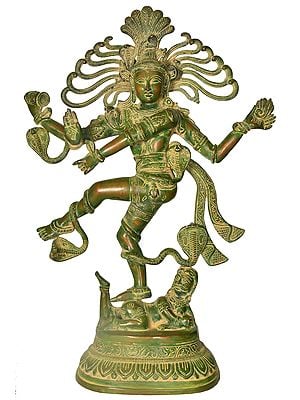 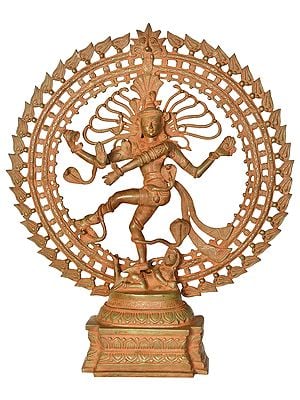 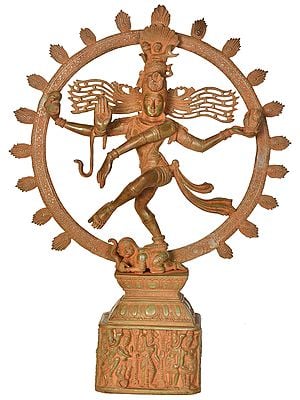 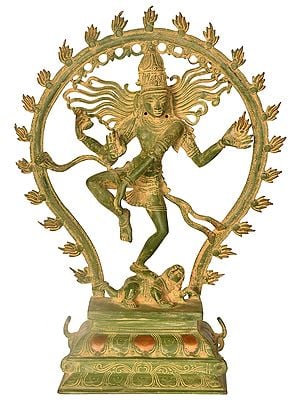 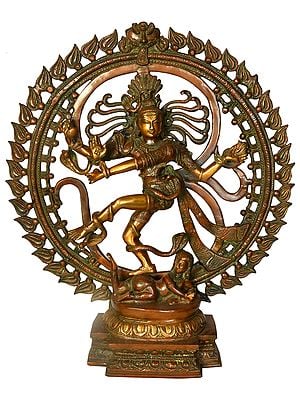 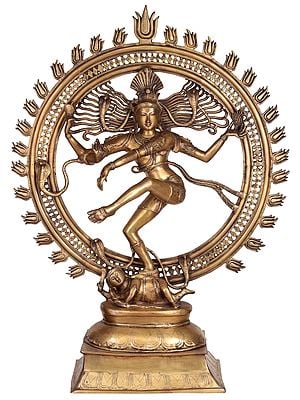 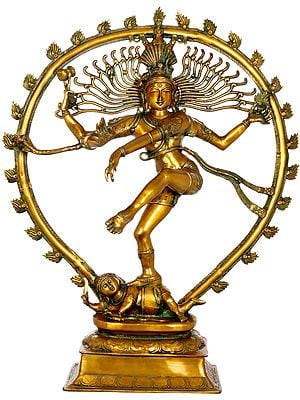 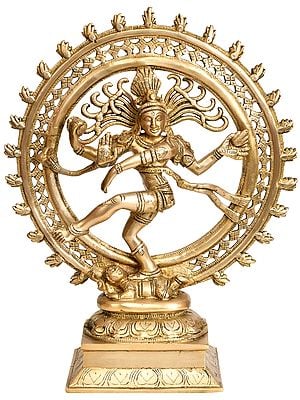 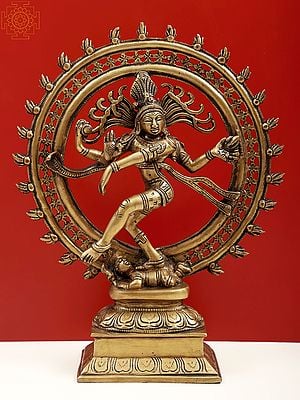 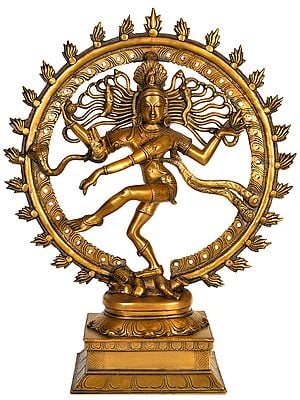 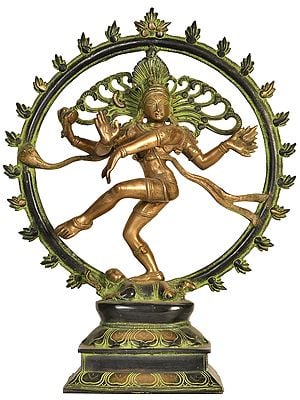