This sculpture represents a damsel carrying a metal pan meant for a lamp and is popularly known as Deepalakshmi. It was around the later half of the 16th century that the DeepaLakshmi statues came into being. The earliest of these statues were conceived at Vijayanagara and Madurai and were in no time a popular artefact of Nayak and Vijayanagara art styles of South India and a little after of Indian art. They were cast both in metal and clay. These statues were votive images conceived for Diwali Pooja and with their lamps kindled were used as auspicious motifs to be worshipped along with Lakshmi, the presiding deity of Deepawali festival, and Ganesha who removed all obstacles. Initially such statues were gifted to patrons but later they were also sold like other artefacts both for gifts and personal use.

Deepalakshmi statues, both in Vijayanagara and Nayak styles, were cast with great minute details, sharp features with a blissful composure on face, tall figure, a moderate size pan in hands worthy of use as a lamp and were highly embellished and bejewelled. In Nayak style, however, the lower garment of the figure rose from the foot up to breasts, whereas in Vijayanagara it terminated on waist. The upper parts of the figure were wide and large covered only by ornaments. The figure did not use a crown though her hair were beautifully and crown-like dressed. Deepalakshmi was initially conceived as a damsel and as such with just two hands carrying a lamp-like pan, but later the figure was also cast with multiple hands, four, six, eight or ten and with as many pans. This statue is obviously in Vijayanagara style.

The word Deepalakshmi sounds like one of the several forms of the scriptural Indian deity Lakshmi, or Mahalakshmi, the consort of Vishnu, but save the name this icon hasn't any scriptural basis or even a reference in ancient Indian texts. Lakshmi has a scriptural tradition of her origin from the churning of ocean and of her ten forms most of which she adopted as Vishnu's consort and obviously along with his incarnations, more significantly as Kamalodbhava with Vamanavatara, Bhumi with Parasuramasvatara, Sita with Ramavatara and Rukmani with Krishnavatara. None of these ten forms is Deepalakshmi. The Lakshmi concept, however, did not remain restricted to texts alone. In the course of time Lakshmi cult came to be more or less a tradition of faith, something between scriptures and folk, and was widely inclusive of things or entities that had its character.

In popular faith Lakshmi is worshipped since ancient days as the goddess of riches, prosperity and fertility. Hence, the term Lakshmi is now for ages commonplace for anything or any person which or who effects prosperity or weal. It has been for such reasons that even a cow, and sometimes even cow-dung have been revered in Indian tradition as forms of Lakshmi for they both instrumented riches and fertility. Lakshmi of the house is the most commonly used epithet for a daughter and daughter-in-law. The Deepalakshmi statue, as an auspicious votive artefact, is in the same way an expansion of Lakshmi cult for this too is an auspicious motif aimed at bringing prosperity and riches and is, thus, an artistic transformation or expansion of the ancient Lakshmi concept itself. 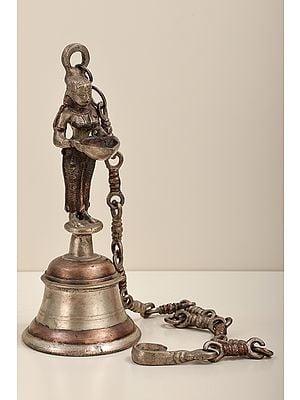 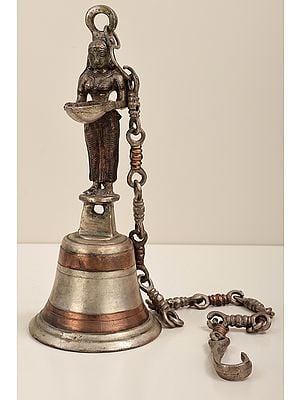 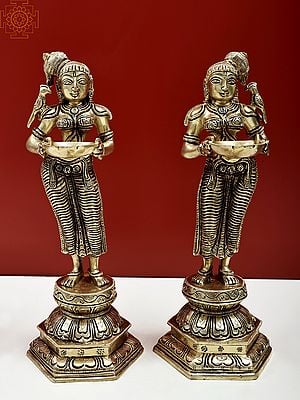 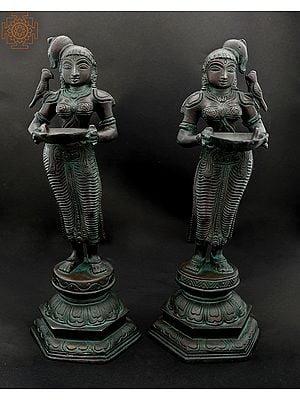 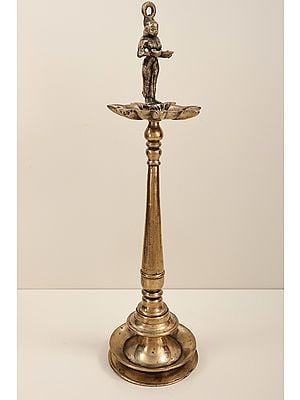 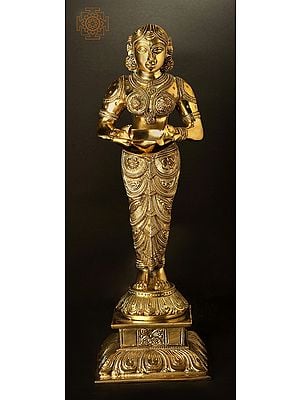 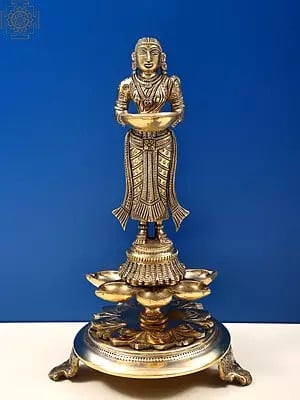 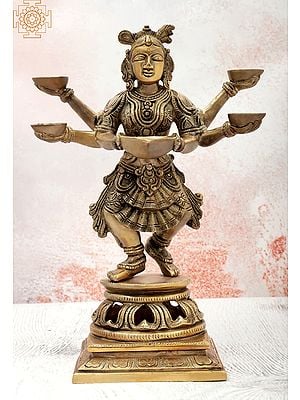 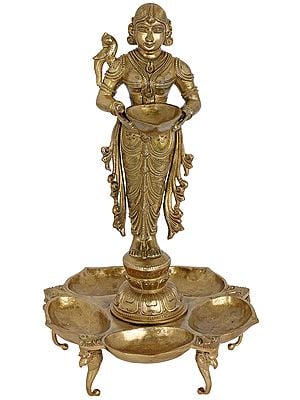 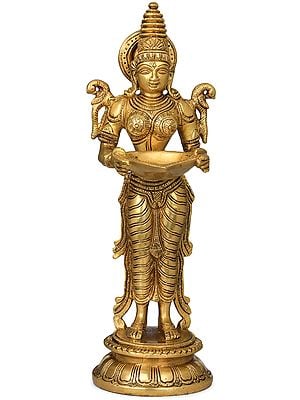