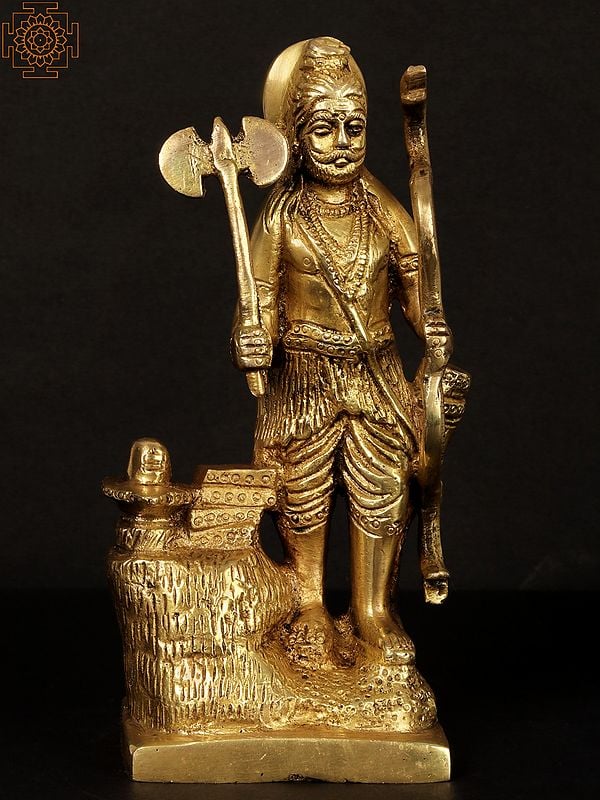 Bhagwan Shri Parshuram is the ansh avatar of Supreme Personality of Godhead ‘Shri Vishnu’. He was incarnated on earth to fight against ‘Adharma’ and has performed huge tapasayas (Meditating on the Lotus feet of God while leaving all the comforts for a long time). By Varna, he is a Brahmin and has huge beards and shreds as we can see in the depiction.

Here in the sculpture we can see the characteristic features of Lord Parshuram. He is a devotee of Lord Shiva thus standing along with a shivlingam which shows his respect and faith in the lotus feet of Godhead Shiva. He carries an axe, holds a bow in his left arm with a quiver hanged on his left shoulder. As a tapasvi, he wears valkal vastra (unstitched simple clothes) and a round aureole behind his divine head shows him as a great spiritual practioner.