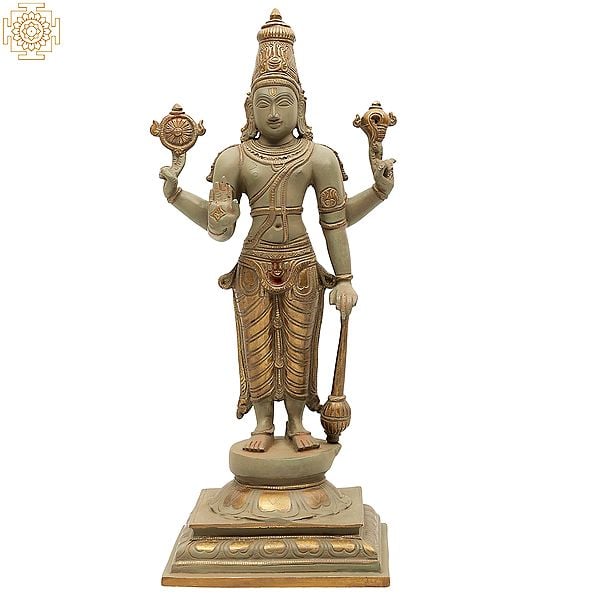 Bhagwan Vishnu is one of the Trimurti gods in Hindu (Brahma, Vishnu, and Shiva), and is the one who shields and defends the cosmos and who oversees the universe and balances its elements. Legend says whenever the world is endangered by energies or forces that can cause the world to imbalance, Vishnu manifests himself in the form of an avatar to put an end to this threat, reestablishing peace and stability, thus forever guarding the universe.

In this sculpture, Vishu is discerned holding the chakra, a mighty weapon that annihilates all evil. It additionally embodies the Sun, which helps abolish and obliterate all that is iniquitous. He is seen wearing his affectionate smile, which is said to radiate joy and sing glories of worldly delights as well as triumphs.

He is holding a conch in one hand, which symbolizes the word ‘OM’ that is said to be the universal word that betokens purity, and perfection. The Gada on Vishnu’s hand represents strength, both the mind’s as well as the body’s that is ready to fight the evil. This brass statue of Bhagwan Vishu pays meticulous care to the details as Vishu is seen enriched with his best-loved armlets, crowns, ornaments, diadem, and (Makara-kundala). 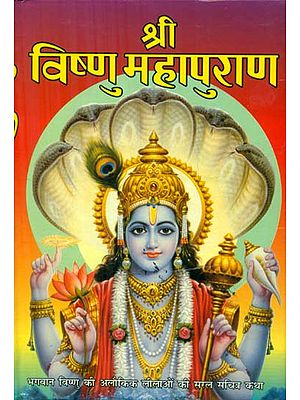 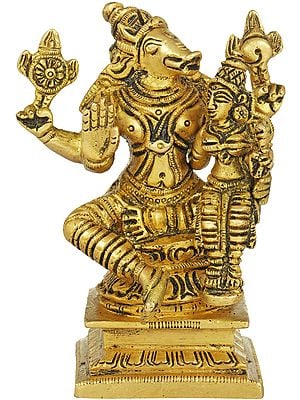