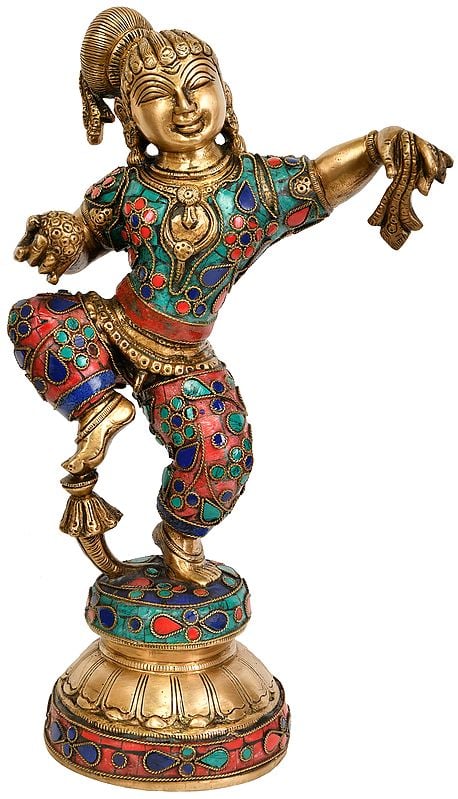 This brass sculpture of baby Krishna in dancing form is very unique. Krishna, born into the Yadava clan, the son of Vasudeva and Devaki and was the eighth incarnation (avatar) of the Hindu god Vishnu. Descended on earth for the destruction of Kamsa (brother of Devaki), and was smuggled across the Yamuna river to Gokul, was raised there by Nanda and Yashoda. Nandlala or Krishna was very mischievous and was adored for his pranks.

In this idol, he is dancing in ecstasy and notice how skillfully this state of great happiness is presented. The smile on his face is very beautiful and broad, which highlights his cheeks, the eyes are so nicely carved with such high eyebrows and the tilak in the form of a crescent moon is magnificent. The hair carved in the matted style and tied in the pot style with a jewel on it is very prominent and uplifts the beauty of the sculpture.

The stunning combination of the stones (which are studded as his clothes) and the jewelry (waistband, necklaces and earrings) is spectacular. This dancing posture of Krishna expresses his being in glee where he has toys in his hands and the work on toys is very intricate. One last thing to be noted in the sculpture is the pedestal; there is no lack of creativity on the pedestal. Given that it's heightened, carvings on the plinth, inlaid with stones and the emergence of the lotus bud, which touches the feet of Krishna, is a work of great art. In Hindu families, the sculpture of Baal Krishna is considered very auspicious when the mother is pregnant so that the child born is bright and smart. 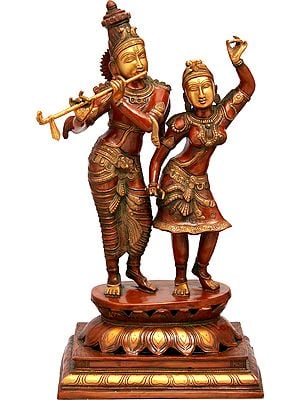 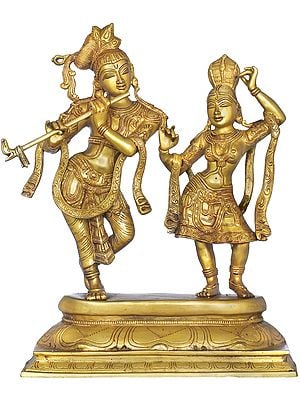 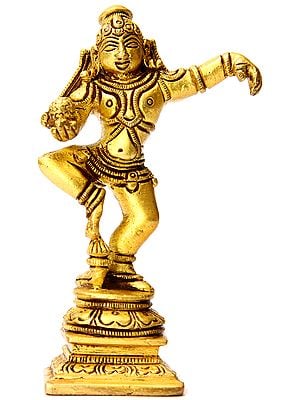 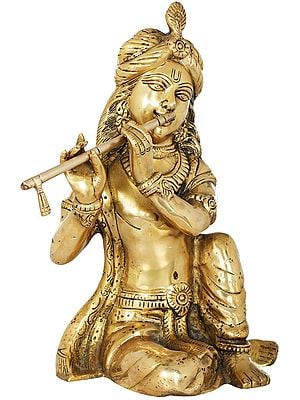 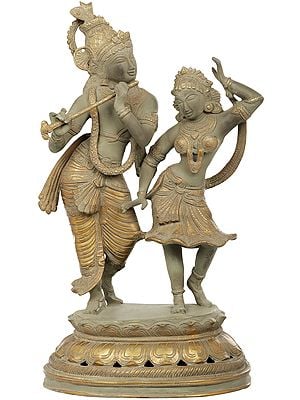 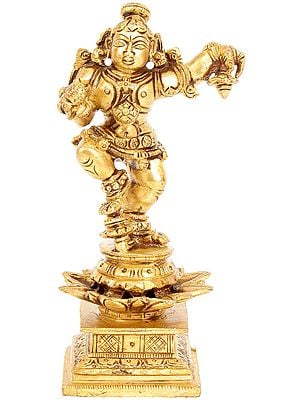 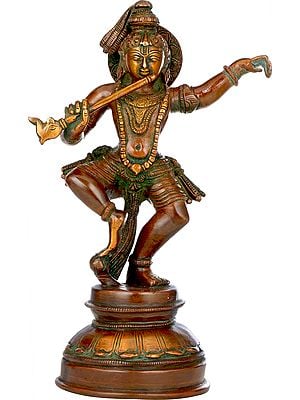 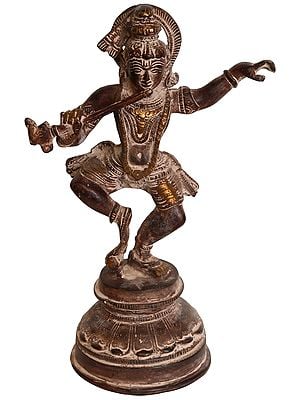 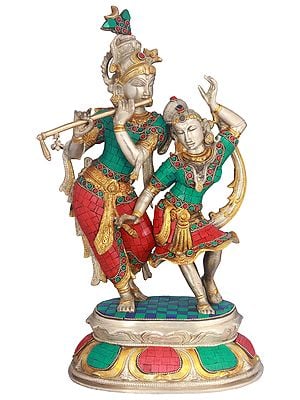 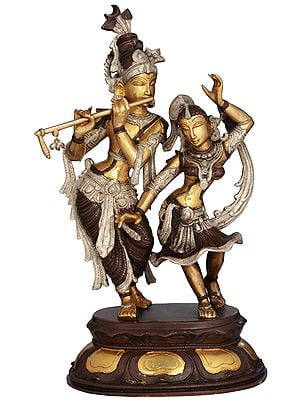 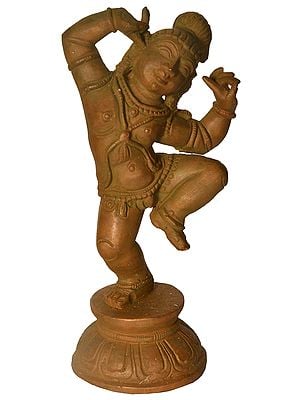 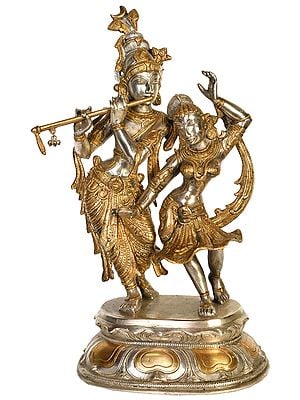 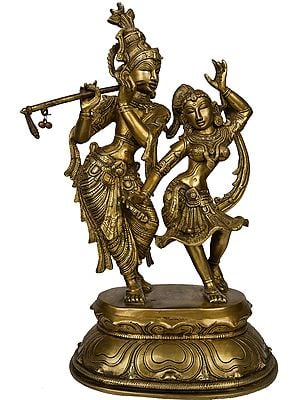