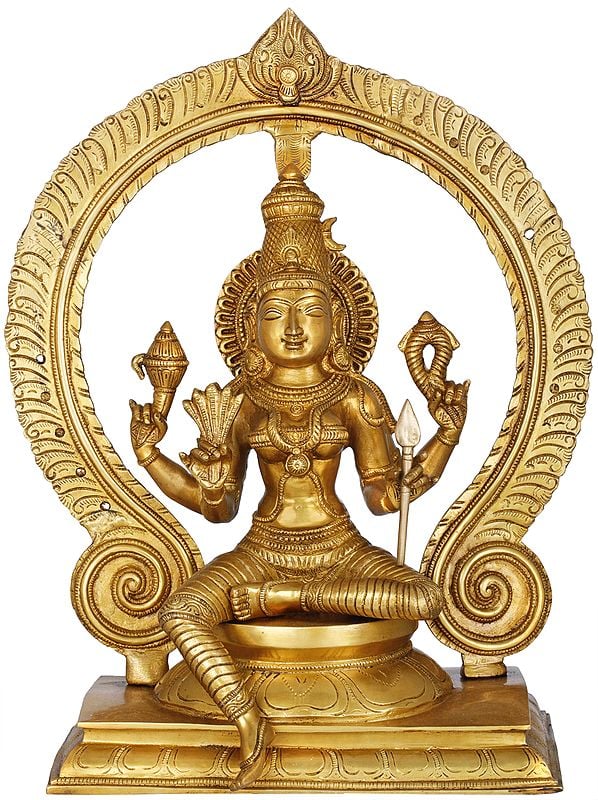 The above mantra has been dedicated to Goddess Parvati who is none other than Devi Durga. Goddess Parvati is the Adi Parashakti or Yogmaya of Shri Vishnu and that's why she is depicted as the queen of the Devtas.

She wears the glorious ornaments over her divine spiritual form and alluring ethnic garments as well, which elaborates the illustrations made up of the holy brass. As a matter of symbol, she wears a traditional Tirumala crown with a crescent moon attached to it as it symbolises her as Lord Shiva's wife. She holds her auspicious implements in her hands, which are conch, vajra, arrow and leaves which adds a spark in the composition. The carefully crafted and adorable flower like aureole is also a matter of decoration.

Behind her there's a huge, round and tremendously patterned aureole like a Gopuram topped with a feather. This wide angled metallic outline just looks marvellous and it symbolizes the Transcendental nature of Devi.