The Beauty Of Devi Sarasvati 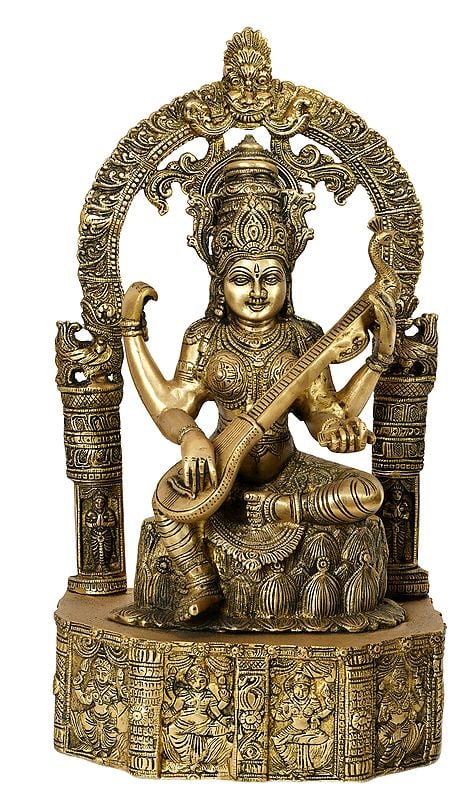 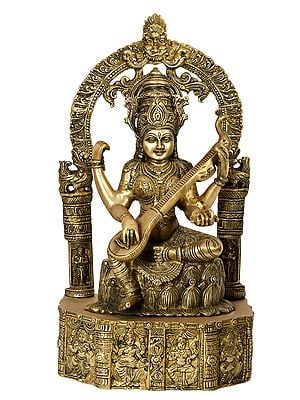 $506.25$675.00  [ 25% off ]FREE Delivery
Her form is tall, limbs poised graciously. Long legs in lalitasana, two of four beauteous arms (chaturbhujadhari - possessed of four arms) engaged on the veena. Zoom in on the superfine fingers of the hand that strums its strings, and of the one that cradles the breast of the peacock sculpted at the head. Its long stem frontally cuts across the fullness of Her torso, which is laid over with a world of gold and jewels.

Devi Sarasvati is the wife of Lord Brahma. She is the presiding deity over learning and the arts, both of which are integral to the process of srshti. In turn, Lord Brahma is the presiding deity over the srshti (projection) of existence as we know it. One of the most distinguishing aspects of this murti is the crown towering above Her head. It is a stately, superfine number, unlike the relatively unassuming crowns assigned to the devi pantheon in contemporary devotional sculpture.

Then there is the statement-making pedestal. It is divided into multiple panels, each depicting a rudimentary but precisely done silhouette of other Hindoo devas and devis. A slender aureole, replete with traditional motifs and perfect symmetry, gathers at an image of kirtimukham above Her head. Note the dual sprig of vine growing out of the aureole that touches Her tall crown.