The Splendour Of Ganesha, The Vahana Perched On The Aureole 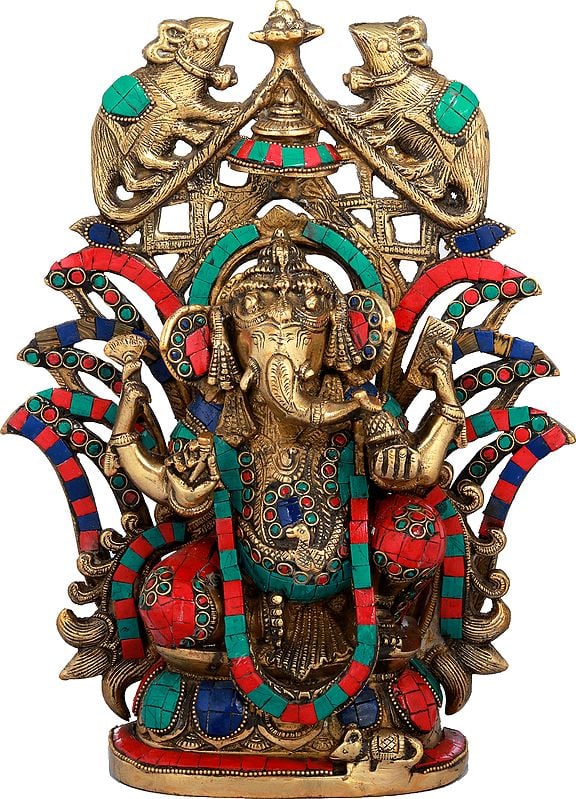 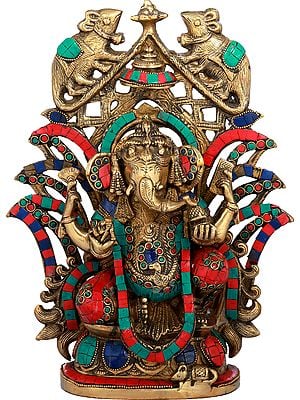 $286.00
Among the plethora of brass Ganesha murties being made by modern-day artisans, this one stands out. The finish is a regular-smooth, the rich inlay widely used for the charm of the colours. What sets this handpicked figure of Ganesha apart is the statement-making aureole. The rims of six blooming lotus petals flank the central figure, perfectly symmetrically defined with inlay. On either side of Ganesha's padmasana (lotus-throne) is a band of inlay, from which emerges a tiny lotus leaning downwards and a handful of buds down the stem. The top of the aureole is perched on the inlaid rim that constitutes Ganesha's halo, above which is a rudimentary brass lattice leading up to an extension of the top of the deity's crown. Above the lattice is a pair of rats, Ganesha's little vahanas, on either side of a plate piled with laddooes, their backs saddled with inlay and their little necks belled.

This elaborate aureole serves to bring out the flawless iconography of chaturbhuja Ganesha (four-armed). The adorable, tattooed trunk and large inlaid flaps for the ears; all four hands occupied by His signature elements, such as the bowlful of His favourite sweetmeats and the broken tusk with which He scribed the Mahabharata; and portly form that devotees dote over, replete with shringar fit for a king. The inlay has been strategically placed across the brass in keeping with high aesthetic standards. There is another of His vahanas at the unassuming pedestal, kept simple with a few inlaid inverted lotus petals to direct the focus to the aureole.