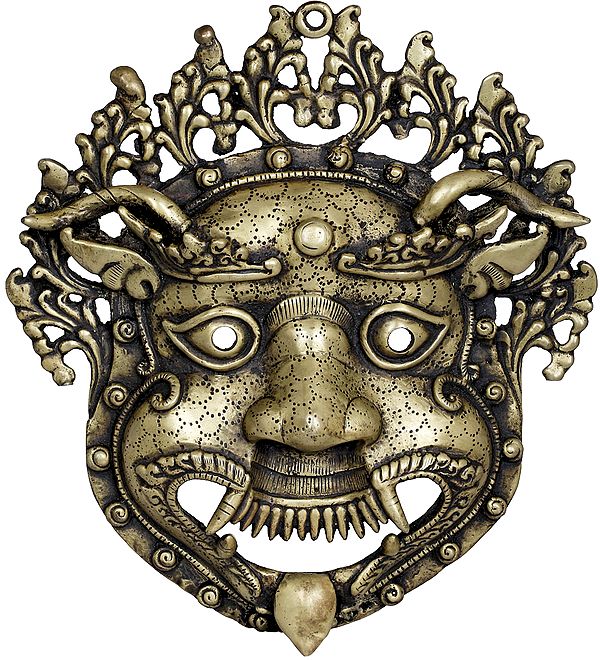 $259.00
The ferocious Lord Mahakala (one who lords over time itself) is the wrathful form of Avalokiteshvara. Whilst residing in Mount Potala, Lord Avalokiteshvara had shattered into infinite pieces from the prevailing adharma. Restored by Buddha Amitabha, He resolved to fight adharma through the angered form of Mahakala, a much loved and feared deity in Tibetan Buddhism. The mask of Mahakala that you see on this page has been made in Nepal with great skill and shraddha.

The very image sends a chill down the adharmee’s spine. The protruding eyes, shaped like the fish of the deep seas, are hollow where the pupils should be. His portentous brow is like the black cloud of a fatal storm. Right beneath the widely defined nose is a line of bared teeth, all canines that are designed to eat into adharma. From the lower edge of the hollow of the mouth hangs a fierce tongue. There is no escaping the clutches of a deity such as Mahakala.

Lord Mahakala is a picture of destructive power. This power destroys kleshas (afflictions) and antarayas (obstacles of the soul). On His head sits an elaborate crown made of convoluted vines. Note how the composition, from the crown to the tip of the tongue, is perfectly symmetrical. Even the perforations on His skin have been made with a keen attention to detail, which is a hallmark of Nepalese handiwork. 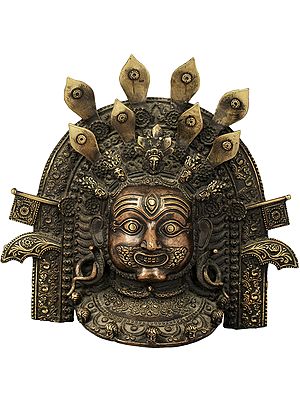 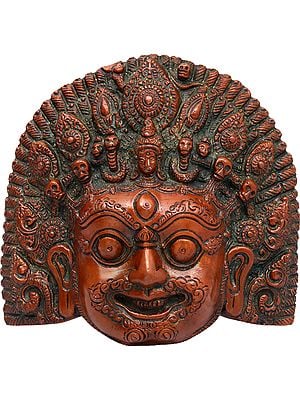 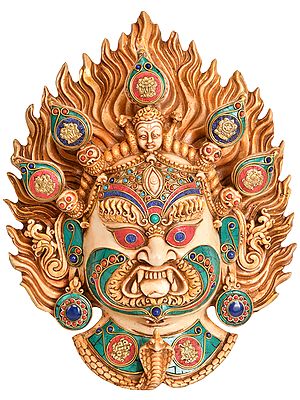 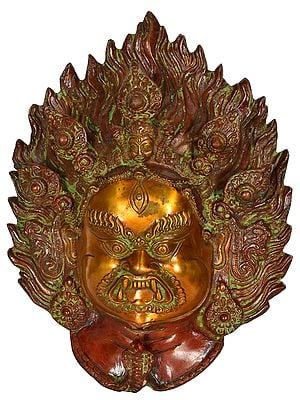 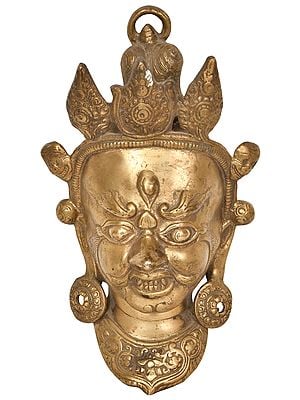 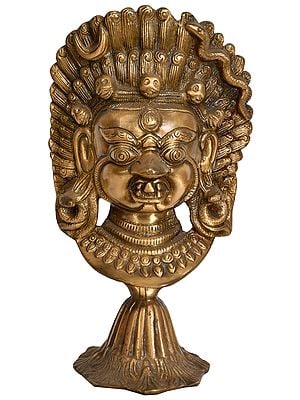 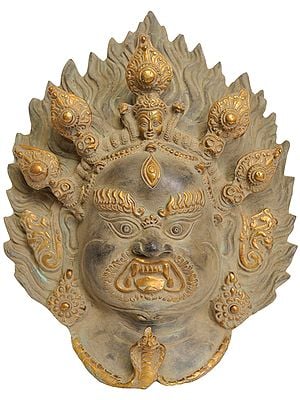