$15.00
Bestseller
Notify me when this item is available

This colourful strip with about two meters length and about thirty-two centimeters breadth, obviously a component of ensemble, male or female, is called broadly a scarf. Though only a subsidiary kind of wear worn round the neck, over the shoulders, or tied round the head, sometimes for warmth and sometimes as an ornament, the scarf marks its presence even in Indus terracottas and has thus a millenniums long tradition. A squarish cloth-piece is seen covering the heads of many figures in early sculptures too. As evidence the long tradition and current practices, a scarf, as is this colourful piece, is thus a long and narrow strip but sometimes also squarish and triangular. As vary a scarf’s dimensions, so vary the material : woolen, silk, cotton, linen or any of the unconventional yarn, it is made of, and as much variedly it is designed, patterned or conceived. However, a scarf is in no case a band of cloth cut from a length; it is invariably woven as an independent piece, or at the most, in a series of them, each independently identified.

This piece, made of fine rayon – an unconventional yarn, as soft and lustrous as one of the finest silks, besides being exceptionally durable, has been woven and patterned like a ‘jamavar’, the world-wide known one of the Kashmir’s most loved textiles. A term now widely, or rather exclusively, used for a shawl from Kashmir or Punjab, historically jamavar was a dress-length, the length of a ‘jama’ : the long tight-fitted coat, the chosen wear of the nineteenth century entire feudatory, Mughals, Afghans, Sikhs, Dogras and Rajputs, and lately of the commercial elite all over South Asia.

A textile without a border or pallu, the jamavar has, like this scarf, a simple design-pattern with bold motifs rendered in a wide range of colours. Complicated designs are rarely a jamavar theme. For some time paisleys dominated the jamavar design-schemes so much so that people began calling any shawl with paisley motifs as jamavar shawl. Now it is universally acknowledged that paisley or any, a jamavar shawl consists of repeat design motif. As in this scarf, a jamavar length would permit a very limited range of design-motifs, though in regard to using the range of colours it can go to any number. This scarf has been designed with the repeat of a flower-motif with five loose and irregular petals – the only motif to design with, but the weaver has created his magic by using an enormous wide range of colours to render these repeats, as well as for distributing the background into different colour zones against which these repeats better project and monotony is completely dispelled.

Usable from both sides, this scarf or any textile for that matter, a shawl or whatever, which is reversible, is known in the weavers’ and traders’ diction as ‘Dorukha’ – two-sided. Ordinarily, a ‘Dorukha’ length is woven using a double set of weft threads against a single set of warps. Using rare ingenuity this scarf has been woven with weft threads having extra length which twisted and concealed within the weaves’ main body gives to the woven length on one hand a cushion-like feeling, and on the other, to its breadth, elasticity to stretch almost double to its measure. Strangely, stretched any far, the design motif is least distorted; on the contrary it only further magnifies. 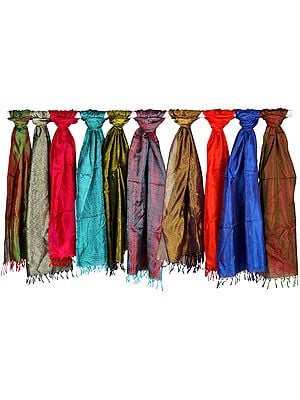 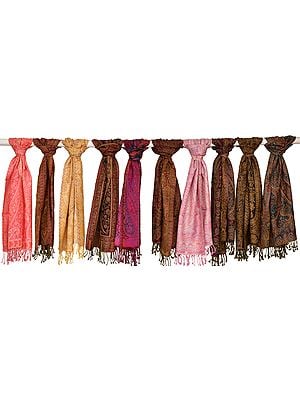 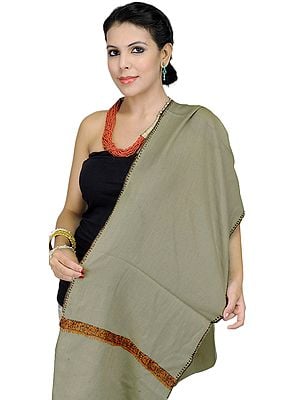 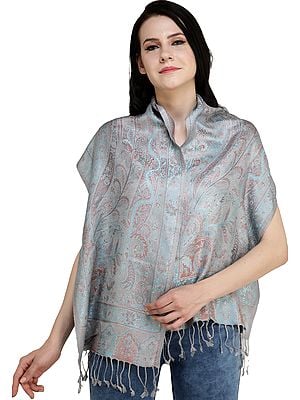 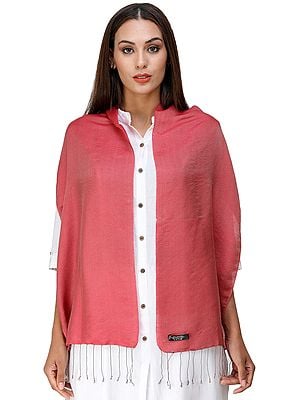 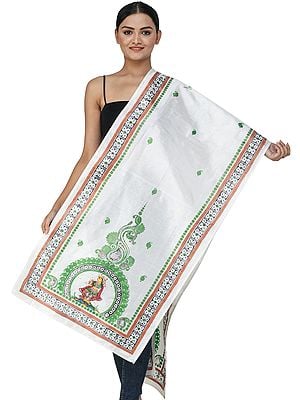 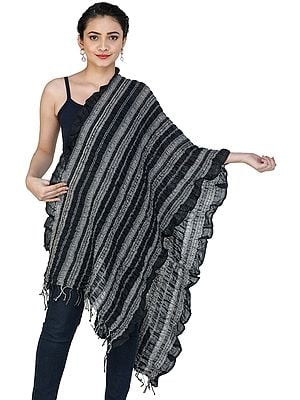 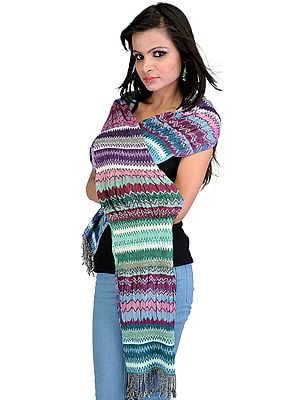 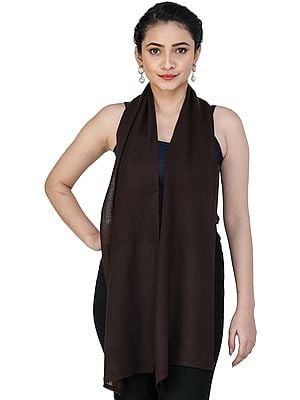 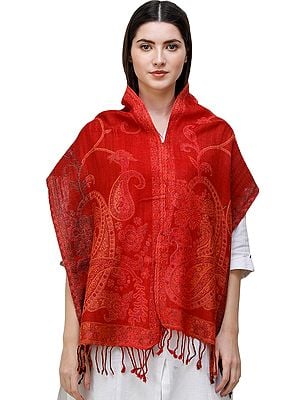 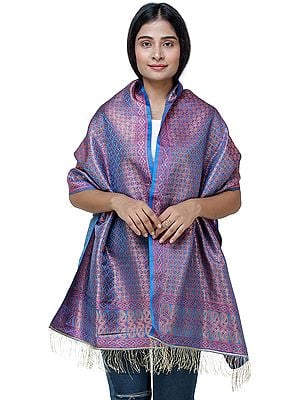 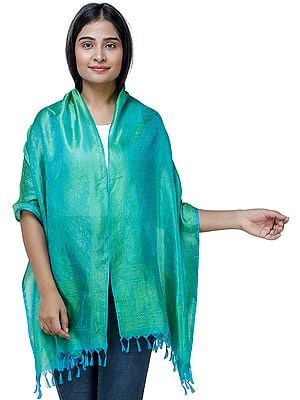