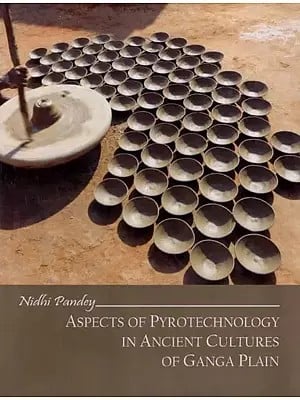 Aspects of Pyrotechnology in Ancient Cultures of Ganga Plain

The Pyrotechnological developments have played a vital role in shaping the history of humankind.

The present book attempts to trace the developments in the field of fire-related technologies in ancient India. It deals at length with stages of innovative measures taken to develop technologies of ceramics pottery, terracotta, glass as well as metals like copper and its alloys, gold, silver, zinc, tin iron. In addition, to giving detailed treatment to archacological material uncarthed in excavations, the analytical studies of archaeomaterials, have also been incorporated. For a holistic reconstruction of technological developments that took place in the proto-historic and early historic cultures of the Ganga plain, the rich literary resources have been tapped wherever available.

In nutshell, the book is a complete account of fire-based technologies which shaped the personality of cultures of the Ganga plain. The book, thus, should be of interest to serious scholars of archaeology as well as general readers who are keen on authentic history of technology ancient India.

In recent years, she has devoted herself to the study of pyrotechnology, covering its archeological, technological and ethnological aspects. Besides contributing more than two dozen research papers to various reputed publications in the field of archaeology and history of science, she is also a life member of many national and international committees/society.

Discovery of fire as a constructive energy revolutionized human civilization. A close study of process and pattern of utilization of fire as a source of productive energy is therefore important to the understanding of cultures of the past. Fire setting of the rocks to procure raw material for fashioning tools and implements has been evidenced since the earliest evolutionary stages of human civilization. A breakthrough in civilizational advancement in real sense may have been made by an ingenious utilization of energy within closed environment of kilns and subsequently in the furnaces producing metallic objects. The capability of manipulation of temperature within kilns and furnaces to generate desirable temperature in real sense gave birth to technologies that shaped the course of human history. The fire-related technologies may broadly be termed Pyrotechnology. The present work entitled 'Aspects of Pyrotechnology in Ancient Cultures of the Ganga Plain' by Nidhi Pandey attempts to study various aspects of pyrotechnological developments in the proto-historic - early historic period in the Ganga Plain.

While dealing with the subject of fire related techniques, the book also deals with clays and modeling techniques used in pottery making and terracotta. There is also an attempt to study slipping techniques applied in ceramic art and glass making prevalent in the cultures of the Ganga Plain. Once the kilning technique was perfected, she argues that the performance of furnaces also received positive impetus. The red pottery of the Neolithic-Chalcolithic pottery was not so well fired as compared to the ones found in the succeeding cultures, especially during the Iron Age. The author Dr Nidhi Pandey has tried to establish their facts through her research of ceramic technology as revealed through the archaeological investigation carried out in the region of her study.

Metallurgy is a colossal step in pyrotechnology taken by early societies. The present book has incorporated here in-depth examination of the noble metals like gold, silver right from their native forms, and proceeds to trace the gradual developments that took place in smelting, forging, casting and alloying pattern of all the metals prevalent in cultures of the Ganga Plain. The minor metals like zinc, tin and lead which were used for alloying purposes have also received due attention of the author. With the advent of iron further advancement in metallurgical skills are construed. The metallurgical techniques involved in these metals have been given detailed treatment in different chapters dedicated to different metals. The book also deals with the raw material sources for procurement of different metals at diverse cultural stages.

To add further to the value of the work and to substantiate the contentions, ethnographic as well as literary sources have been incorporated herein. The book primarily deals with the period of the first millennium BCE which synchronizes with later Vedic as well as the period when Buddhist and Jain texts were being composed. Valuable insights are lying inherent in otherwise philosophical discourses in these accounts. Judicious uses of these sources have been made in this work which has added value to the deductions.

One may say that the book files a gap in archaeological studies, especially in the archaeology of the Ganga Plain with the holistic approach. and critical evaluation of various sources, this book should interest the enlightened readership looking for authentic history ancient India's contributions to the field of technology as well as the specialists and researchers in the field of archaeology. Moreover, it may inspire further researches on archaeomaterials with scientific and analytical approach in archaeology.

Any attempt to understand different aspects of pyrotechnology in ancient cultures of Ganga Plain is indeed a very fascinating theme. The Ganga plain has a long and rich tradition of cultures. In the recent past, significant researches on the origin and development of ancient cultures of Ganga Plain have taken place. In the Indian subcontinent, the settled way of life began around 7000 BCE in the north-western part and also in the mid Ganga basin. The inhabitants of the Ganga plain introduced a number of technologies and traditions including pyro and non-pyrotechnologies. The traditional knowledge systems, many of which survive, in living memory of people till date, are bound to have a hoary antiquity. The present work is focused on the history of pyrotechnology especially in the proto-historic and early historic cultures of the Ganga Plain.

As a student of archaeology, the above theme had always attracted me mainly because of the challenges inherent in it. Although technology seems to have played a vital role in human history and much has been written about it by scholars in different parts of the world much attention has not been paid on it in the context of proto-history and early history of India. Therefore, I chose to work on this subject for my Ph.D. degree. The present. work is largely an outcome of my researches conducted during that period. I continued further to work on several aspects of pyrotechnology. Ever since the use of fire began in human history, the pace of cultural progress registers a faster and higher level of growth. Studying the evolution of pyrotechnologies therefore has a special significance for proper understanding of developmental processes in human history. Fire, otherwise a destructive force was tamed, controlled and manipulated by man and harnessed as a constructive and productive energy. An attempt has been made here to reconstruct the ceramic and metal technologies on the basis of material remains obtained from different excavated sites. Wherever available, ethnographic evidence has been utilized to give fillip to the process of reconstructing the cultural and technological features of the past.

It may not be possible to deal with the vast geographic expanse of the Indian subcontinent in a small book like the present one. Therefore, I have confined my study to the Ganga Plain, especially during the period of the first millennium BCE. There are at least four cultural eras of Indian archaeology which may be traced during the span of thousand years. The first was Neolithic-Chalcolithic cultural period showing minimal use of metals but rich in ceramic traditions. It was followed by an intervening cultural phase dominated by Black and Red Ware (BRW) and Black Slipped Ware (BSW) with or without use of iron and Painted Grey Ware (PGW) culture. The Northern Black Polished Ware (NBPW) culture with its extensive distribution area succeeds it and was spread all over the Ganga Plain. It heralds a phase of urbanization in this region. By the closing centuries of the millennium, we come across another cultural phase labelled as Sunga-Kushan period. The present work incorporates pyrotechnological developments perceptible in these cultures in the intervening centuries.

Several landmark achievements manifest themselves during the span of a millennium in ceramic and metal technologies. From simple, rather crude pottery of Neolithic-Chalcolithic to NBP Ware is a saga of pyrotechnological developments in kilning as well as modelling technology. The shinning luster of NBPW is an expression of mastery achieved in the field of ceramic technology. Likewise, glass is another innovation attributed to the artisanal expertise of those working in the field of pyrotechnology in this region. Metallurgy which may be called a culmination in pyrotechnology advanced leaps and bounds during these centuries. The simple high purity copper hoard tools and implements were replaced by alloyed specimens. Subsequently, advent of iron testifies to the spirit of innovation attained by the metal workers and artisans. Other metals though not very prolific make their appearance every now and then. Metals like gold, silver though rare. but are important; likewise, tin, lead and zinc though considered of secondary importance are vital as alloying metals and thus have been. incorporated in the present study. An attempt has been made here to trace the history of these metals and their pyrotechnological background in the course of centuries during different cultural periods as defined in archaeological parlance.

One of the greatest feats of mankind has been taming the fire to his advantage. Right from the recognition of fire as a source of energy, man has used it in various ways starting from stone chipping to clearance of forests and later for giving permanence to his pots and pans. Advent of metallurgy was one of the biggest strides taken by man in this direction. This whole process of playing (or working) with fire' took thousands of years, Hundreds of generations put their ingenuity in devising ways of controlling and containing fire in constructive ways. This effort to manipulate fire gave birth to technologies that shaped the course of human civilization. Starting from simple kilns to furnaces, pyrotechnology has evolved to complex technologies creating modern means of production and transportation. Thus, the history of technology may be treated largely to be achievements and innovations by man in the field of heat treatment of elements. This may be called a history of pyrotechnology.

The innovations made by man at the early stage of development are reflected in the ceramic and terracotta art, in structural activities with use of bricks, mortar and even cement in due course of time, lapidary, glass and eventually metallurgy. With experience, man mastered the manipulation and better control of temperature leading to higher levels of technological achievements. The present study proposes to examine the ancient technologies of tapping fire as a source of energy to produce material like pottery terracotta, bricks, cement, mortar as well as metals. This has been done in the context of the cultures of the Ganga plain, especially during the first millennium BCE.

"If the Indus gave India a name, it may almost be said that the Ganga gave India a faith, and is at least as worthy as her sister of our solicitude". Aspects of Pyrotechnology in Ancient Cultures of Ganga Plain
By Nidhi Pandey
$79.20
FREE Delivery
$99  (20% off) 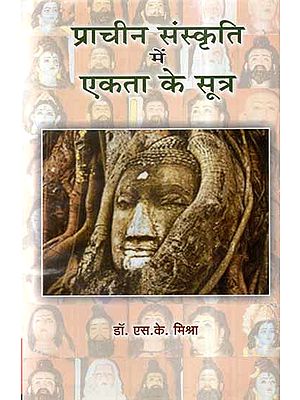 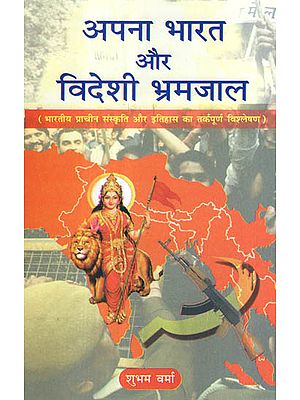 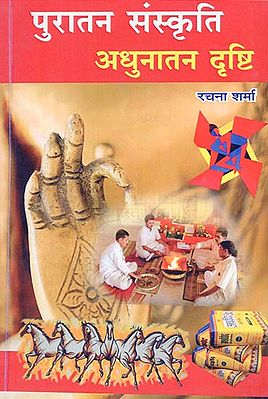 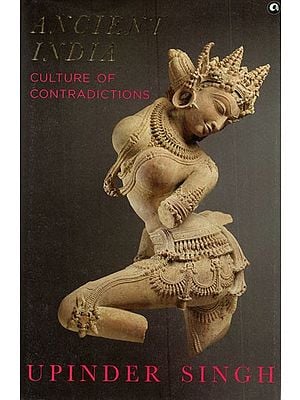 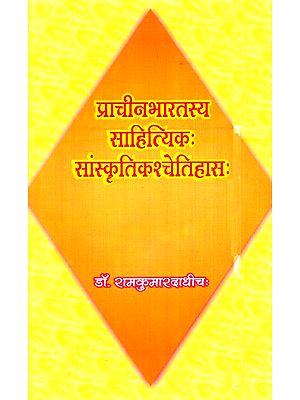 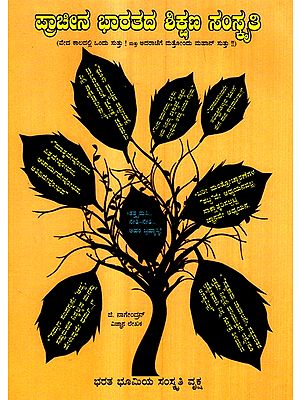 The Education Culture Of Ancient India- One Round In Vedic Times and Another Great Beyond (Kannada)
By G. Nagendran
$32
FREE Delivery 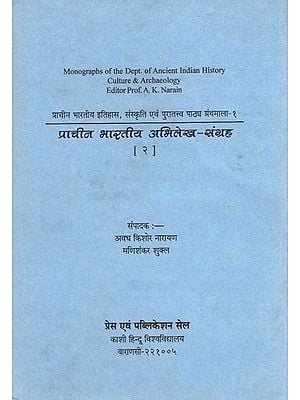 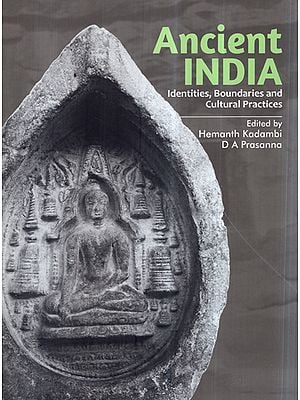