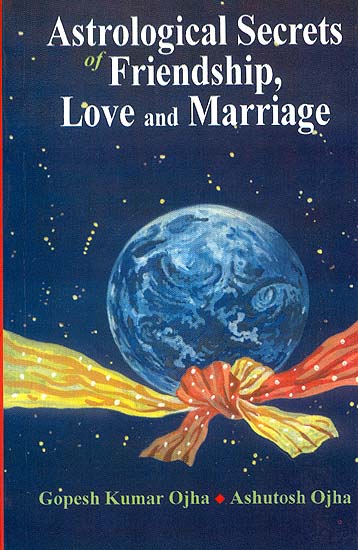 The importance of friendship, love and marriage in life can never be overemphasized. The man-woman relationship as a friend, lover or spouse is significant. But what makes one successful and other not is a mysterious question.

The book reveals that it is the placement of stars which accounts for the hidden astrological secrets of love, friendship and marriage and fructification of their effects. Furthermore, Astrological Secrets Friendship Love and Marriage deals with the female horoscopes in particular to show how do they control men.

Pandit Gpesh Kumar Ojha, has written books on Vedic Astrology, physiognomy, palmistry and various branches of Samudrik Shastra. His books on Astrology are also used as text books in India.

Pandit Ashutosh Ojha, son of Pandit Gopesh Kumar Ojha holds a degree in Mathematics and a Masters degree in English literature. For the last four decades he has been intensively practicing and teaching Astrology. He has a clientele spread out in more than one hundred and thirty-five countries.

The importance of Love, Friendship and Marriage in life can never be over emphasized. The Man-Woman relationship as a friend, lover or spouse is significant. But what is the factor that where one man is successful the other is not. Is he the incarnation of 'Kamadev' or does he know the art of ' Vashikaran'?

We do not think so. It is the placement of stars. All this and more is described in the present book. It deals with the hidden and secret principles of Astrology as related to one's Love life. There are several books. These tell us of how to be successful in. relationships and love or books like 'Kamasutra ' or 'The Joy of Sex' which deal with the performances or try to remove ignorance. There was a time when even speaking of love was' taboo'. But all this has changed.

It is all in our Stars, in our horoscopes, in the placements of Planets and the periodic influences of directions and transits that we are passing through; that our life takes shape. By this statement we are not advocating Fatalism. We in the East do not believe in 'What has to be has to be'. The theory of Karma is threefold and the main thing it emphasizes is that by good actions the past can be eliminated. Control on the mind, by prayers and precautions, the Destiny can be changed. If Fatalism would be real it would bind all our lives into a frigid mould from which none can escape. It would bring the World to standstill and paralyze all activities. The Scriptures do not support this. Even 'Koran' which at bottom so very fatalistic counsels him who wants to go to sleep to hobble his horse. If what has to be has to be then the Prophet Mohammed would have told his disciples to beware of theft?

The present book describes the mysteries, i.e. the hidden Astrological Secrets of Love, Friendship and Marriage and when the effects would fructify.

There is a separate chapter which deals exclusively with the female horoscopes. Women have their superiority and their hold on men have no parallel. Most wars have been fought for or on account of women like the ones for Sita, Draupadi, or Helen of Troy whose beauty had been compared to the Evening Air and thousand of Stars.

"Thou art fairer than Evening Air clad in the beauty of a Thousand Stars Sweet Helen make me immortal with a kiss".

The Adi Shankara who started on his pilgrimage to defeat the pandits in the northern "India in debates to prove the superiority was a worshipper of Brahma. He took to 'sannyasa ' at the age of twelve. "Aham Brahmasmi" viz. I am the Brahma the lord of creation, Near 'Varanasi' he suffered from dysentary and was taking rest under the shadow of a tree when a young girl came to see him. She asked him where he was travelling to.

On being told that he 'is going to North Bihar and Kashmir to defeat the pandits in debates. The young girl smiled and said to him "Those pandits are very learned and you should first try to defeat me so as to have a practice". Shankara replied 'Mother I am weak. I have no 'Shakti' (strength) even to speak- so how can I enter into a 'Vada-Vivad' (discussion) with you.

Hearing him say so the young woman laughed and said if you have no 'Shakti' then why are you a proponent of 'Brahma'? Why do you not worship 'Shakti'? Then and there Adi Shankara realized that 'the Goddess Mother' has come in person to show him the right path of worship suitable for his needs.

He turned to the worship of Shakti and the first shloka that he said in "Saundarya Lahari"-The Wave of Bliss was:

Shiva is able to create only when he is united with Shakti; otherwise the Deva cannot even move about. Therefore, is it possible for those who have not done good Karma either to worship or praise thee that art worshipped by Hari, Hara, Brahma and others.

How correctly it describes that there is no fruition all alone. [The Absolute Brahman of itself cannot do anything. The creative potency is generated by its union with Shakti. A seed has to have earth, water, air, or fire to change and this is where man and woman play the first stage in the order of evolution.] This book has been updated and revised thoroughly.

Appendices and Glossary of the two parts viz., the Western and the Hindu, have been clubbed together. Certain chapters have been rearranged, combined and expanded so that the book becomes complete in itself. 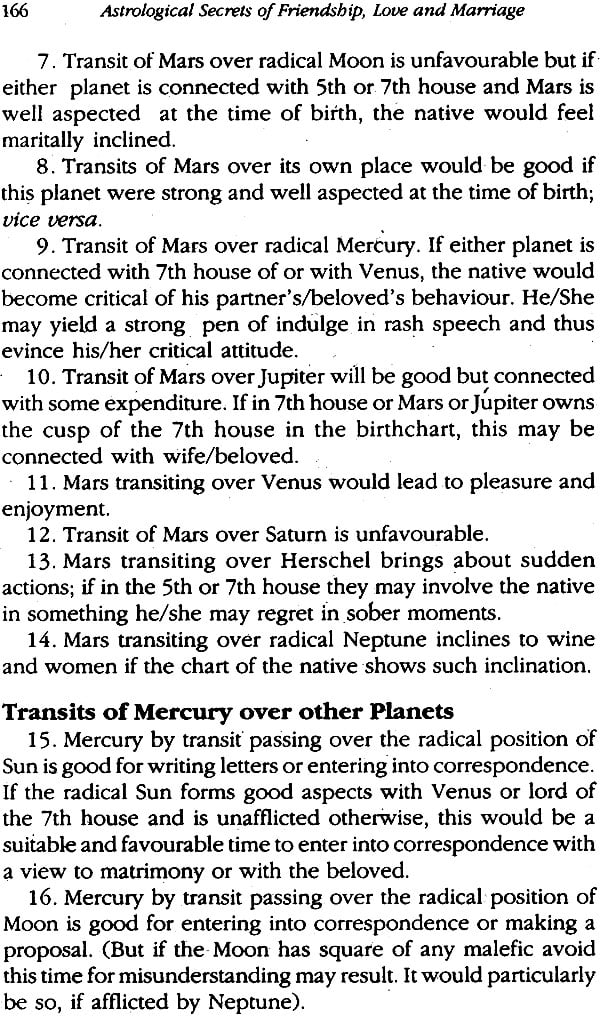 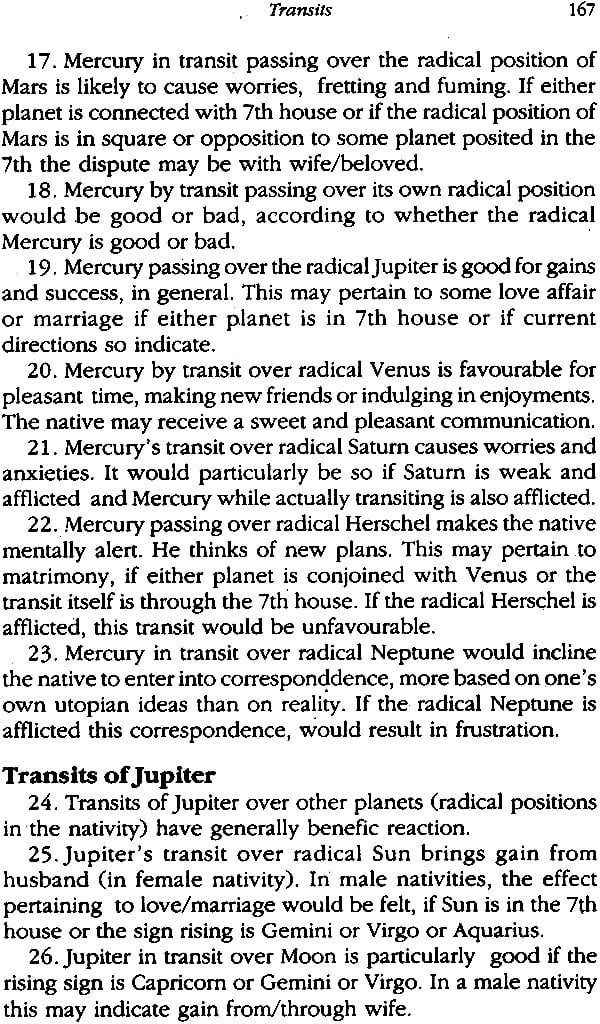 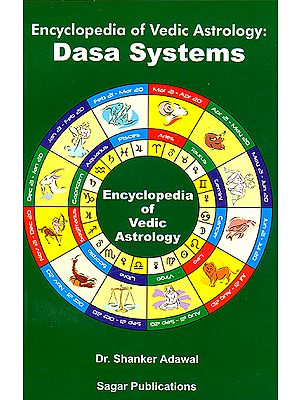 Encyclopedia of Vedic Astrology: Dasa Systems
By Dr. Shankar Adawal
$32
Out of Stock 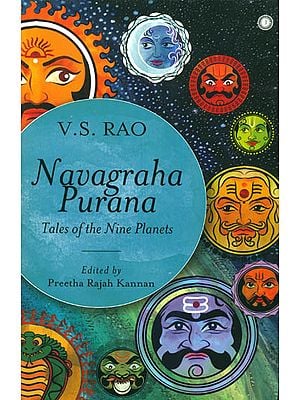 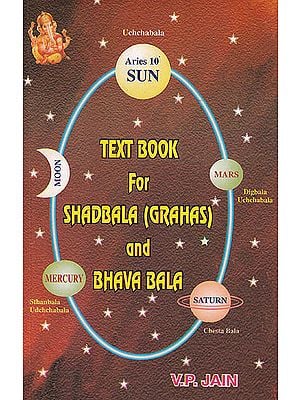 Text Book for Shadbala (Grahas) and Bhava Bala
By V.P. Jain
$12
Out of Stock

Encyclopedia of Vedic Astrology: Dasa Systems
By Dr. Shankar Adawal
$32
Out of Stock

Text Book for Shadbala (Grahas) and Bhava Bala
By V.P. Jain
$12
Out of Stock