The Best Thing About You is You 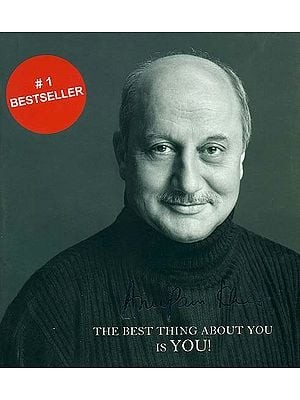 Gems of down-to-earth wisdom for upgrading your life and .finding inner bliss and tranquillity

Bollywood superstar Anupam Kher plays a new role altogether: Using examples from his own life and experiences, he subtly motivates and inspires you by providing a handy guide to discovering your real self and finding peace of mind and contentment in today's chaotic times!

He feels that the best way to counter the negativity that exists in the world these days, where people are gripped by fear, insecurity, stress, frustration and unhappiness, is by acquiring a positive outlook. Citing his own example, he reveals how a humble background need not be an obstacle to attaining the dizzying heights of success, but, simultaneously, sounds a warning about the importance of gracefully handling such success. He shares the vital ingredients in his recipe for success as well as no-nonsense methods to get the most out of your life. This volume contains the author's views on a wide variety of topics such as the anger syndrome, the phenomenon of change, thought control, dealing with relationships, conquering stress, getting rid of fears, coming to terms with failure, realizing the power within oneself, coping with loss and death and much more.

Here's a book you will find yourself turning to for soothing, insightful guidance and practical advice no matter what situation you're in. You'll come to realize that the best thing about you is YOU!

Anupam Kher has a repertoire of over 450 films in a career spanning more than 25 years. His performances in movies such as Saraansh, Tezaab, Daddy, Karma, Hum, Saudagar, Dilwale Dulbaniya Le Jaayenge, Hum Aapke Hain Kaun, Bend It Like Beckham, Khosla Ka Ghosla, A Wednesday and numerous others have been greatly appreciated. He has also built up a formidable reputation as a motivational speaker and theatre actor. His one-man play Kuchh Bhi Ho Sakta Hai has been widely acclaimed as a unique experiment. He has a large number of national and international awards to his credit. He has held several important posts, including the chairman of the Indian Censor Board and that of the National School of Drama, New Delhi. He also runs the acting school Actor Prepares.

As an actor with over 450 films in my repertoire, it has been my privilege to travel the world and meet several hundreds of people engaged in a wide spectrum of endeavours: From presidents to commoners; from billionaires to paupers. For me, this is not a privilege to be taken lightly as I enjoy meeting people. I also find it a very stimulating exercise to analyse them.

Actually, I find that I have a gift of analysing people. As I talk to them, I sometimes wonder what kind of lives they must be leading, what kinds of backgrounds they come from, the families they have raised and what makes them tick. Certainly, my calling as a trained actor has helped hone this process as understanding your character and getting under his skin make your portrayal more convincing.

But for me, it has not stopped at analysing others. I have constantly tried to analyse myself and reinvent myself You cannot be emoting the same way as, say, a father, in 50 films. You have to be different and reinvent yourself And that process begins only when you rediscover yourself.

That process of rediscovery for me began when I was contemplating my one-man play Kuchh Bhi Ho Sakta Hai (anything can happen) some years ago. Here I was, a very successful actor if you count the number of films I had done. And judging from the critical acclaim and the awards that I have won, I was not doing too bad a job of it either.

For a boy who had grown up in the family of a lower division clerk in Shimla with dreams for company, I had achieved fame and fortune beyond my wildest imagination. And then, like it happens to most of us, the dreams got the better of me. I thought I had the Midas touch and nothing could go wrong. As was the fashion a decade ago, I too set up a huge production house to make 'software' for the industry.

Initially, I had the most successful television programmes in my kitty. Not satisfied, I diversified even further. I went into event management, for that was the latest business to be in during those days, and staged many mega-events.

The cookie crumbled as it had to. Soon, with so many productions and events, and poor financial management, which is the bane of our business, the cash flow went kaput. And I was fighting a flurry of court cases from creditors. That was when I discovered myself and began to do some self-therapy. I asked myself:

Why did I want to become larger than life?

What was I in pursuit of? Wealth or happiness? Or just a larger headline than my rival production company?

In the process, I discovered many truths. And I formulated many exercises, which I introduced in my acting school called 'Actor ( Prepares'. (I started this school in 2005 in Mumbai.) Today, 'Actor Prepares'is also running in Chandigarh, Ahmedabad and London. It teaches people to discover themselves.

That was how I formulated The Change Within concept. In this volume I discuss some facets of this life-coaching programme. The purpose of my writing this small book is to initiate change - for the better - in our lives. 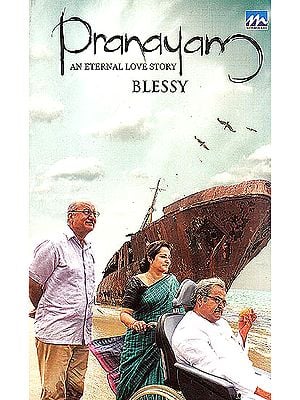