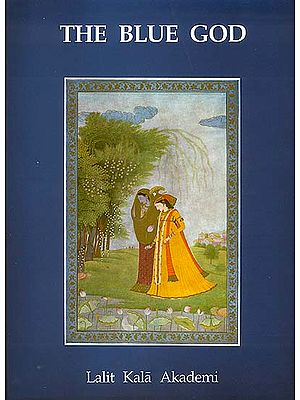 The story of Krishna is a fascinating tale. He was born, as the Puranas and many other religious texts relate, as an incarnation of the God Vishnu in human form in the Vrishni family of Mathura to foster good and annihilate evil. Divine and human qualities are inextricably blended in him. In one sense he is the supreme reality and the highest truth and in the other he is a human being though endowed with extraordinary intelligence and power. It is this unique combination of the divine and the human that has led to the growth of a highly composite yet charming concept of Krishna. Krishna is a supreme mystery. Though non-phenomenal in nature, his essential glory lies in the numerous feats he performed and his many sports in the rural surroundings of Vrindavana.

Historically speaking, he was a contemporary of the Pandavas and took a leading part in the Mahabharata war as their ally. There is no unanimity amongst scholars as to the date of the Mahabharata war and opinions vary widely. Whatever the true date may be, the Krishna story in all probability is more than three thousand years old. During this vast span of time various myths and legends grew around Krishna, which have left a profound impact on the life and culture of India. The life of Krishna from childhood to his last days has been a source of perennial inspiration to poets and artists. He is the embodiment of intellectual and spiritual glory and the perfection of human endeavour and character. Krishnaism permeates the entire range of Indian culture and thought. No other single individual has so greatly influenced the course of India's religion, philosophy, art and literature.

The early life of Krishna is narrated mostly in the Harivamsa and the Puranas, such as the Vishnu the Srimad-Bhagavata, the Brahma-Vaivarta, the Padma, the Agni and other Puranas. Of all these sources, the Bhagavata gives the most detailed description of Krishna's early exploits. The later life of Krishna is dealt with chiefly in the Mahabharata the composition of which spans a long period from the fifth century B.C. to the fourth century A.D.

Some scholars trace the antiquity of Krishna to Vedic literature as a Vedic chieftain who bore the name of Krishna and who is mentioned in the Rigveda. Of him Indra says addressing his armies of Maruts, "I have been Krishna swiftly moving on the uneven bank of Amsumati, like a cloud touching the water, O heroes I send ye forth to fight the battle."

Though the Puranas speak of the hostilities between Indra and Krishna as illustrated in the Giri Goverdhana episode (Pl. VIII) and the Parijataharana story, still there is no sufficient ground to identify this Vedic chief of the Rigveda with the Krishna-Vasudeva of the epics and the Puranas.

Anyway, the earliest reference to Krishna occurs in the Chhandogya Upanishad of the sixth century B.C. wherein it is stated that Krishna, Devaki-putra, received instructions from the sage Ghora Angirasa and thus became free from desire. The great grammarian Panini in his Ashtadhyayi of the fifth century B.C. also mentions Vasudeva (i.e. Krishna) in association with Arjuna in the Vasudevarjunabhyam Vun Sutra according to which Krishna-Vasudeva had already come to be regarded as a divinity by Panini's time.

Painters drew largely upon Vaishnavite works dealing with the exploits of Krishna. Among them the Bhagavata, the Gita Govinda and the Balagopala Stuti are the most prominent and they were the first to be illustrated. Incidentally it is interesting to note a coincidence that their earliest illustrated versions were produced in western India in which Dwaraka, which was the main centre of Krishna's activities after he left Mathura, is situated.

The sixteenth century witnessed an efflorescence of the Krishna cult which was due to the preaching of Chaitanya, Vallabha, Mirabai and many other saints. This period saw also the rise of writers and poets like Kesavadasa, Biharilal, Surdasa and Rahim who were ardent worshippers of Krishna.

The Krishna story is represented also in the paintings of the Razm Nama (Persian version of the Mahabharata) produced in about A.D. 1585 during Akbar's reign. As the Mughals were warriors, they were more concerned with the heroic aspects of the Krishna legend than with the early life of Krishna though a fine Harivamsa series of the Akbar period also exists.

There is a predominance of Krishna themes in the Rajasthani and Pahari schools of painting in the seventeenth, eighteenth and nineteenth centuries. These paintings not only depict Krishna's early exploits but also his amours where he is the ideal-Nayaka (the lover-Hero). Both the Vallabha and Chaitanya's systems prescribe the worship of Radha and Krishna. Vallabha elaborated its ceremonial side while Chaitanya stressed its emotional side. Chaitanya had a large following in eastern India; Vallabha's doctrines were wide spread in Gujarat and Rajasthan, especially among the business communities.

Vallabha prescribed the daily worship of Radha and Krishna with various offerings. In addition to this, elaborate services are to be offered to Balakrishna every day from the morning to evening.

Vallabha's doctrine is known as Pushtimarga which means 'the way of the grace of God'. God confers bhakti on his devotees if they have complete faith in him.

In Chaitanya's system or Bengal Vaishnavism as it is referred to, the highest object of worship is also Radha-Krishna but in this system Radha occupies an unique position. This is perhaps the elaboration of the tradition laid down by Jayadeva in his Gita Govinda.

Indian art and literature owe an inestimable debt to the Legend of The Blue God. 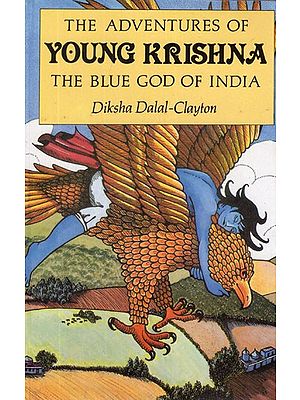 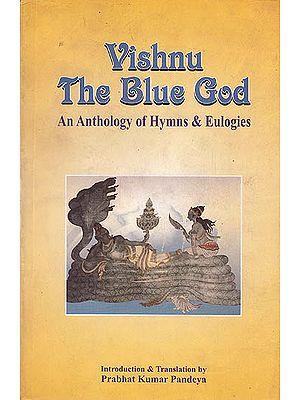 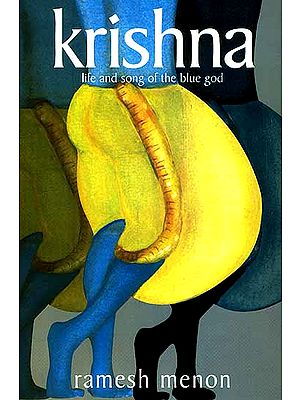 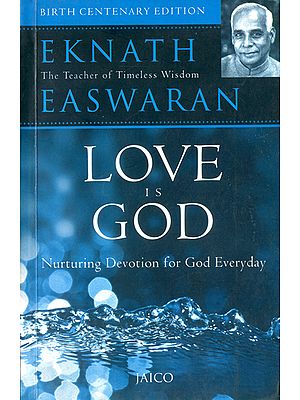 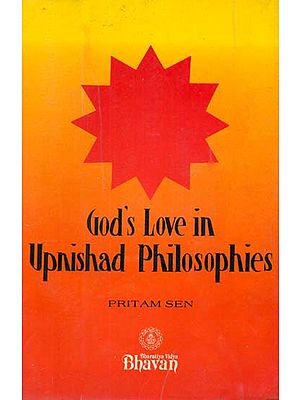 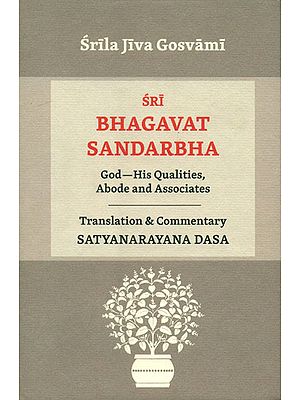 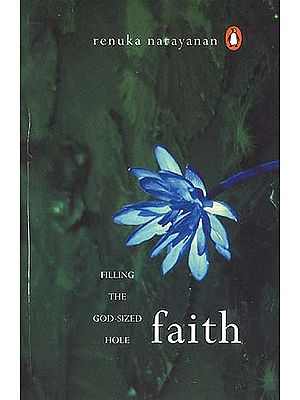 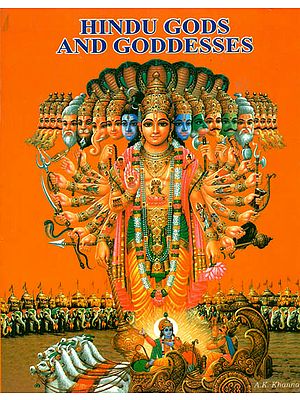 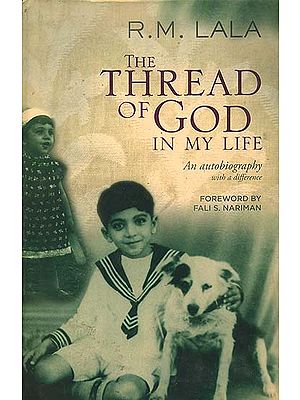 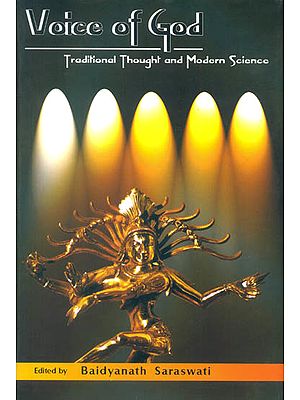 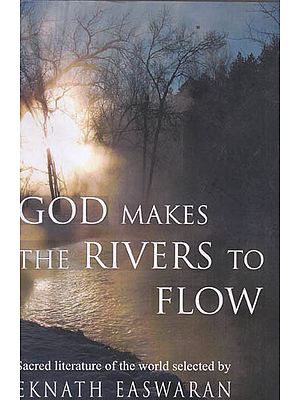 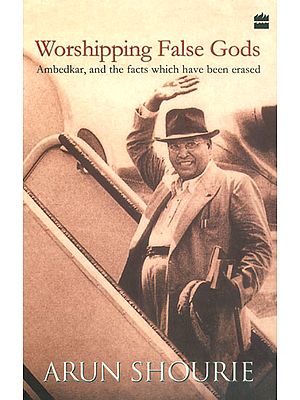 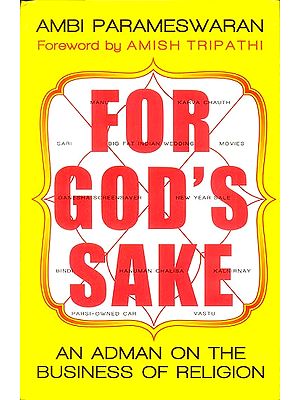 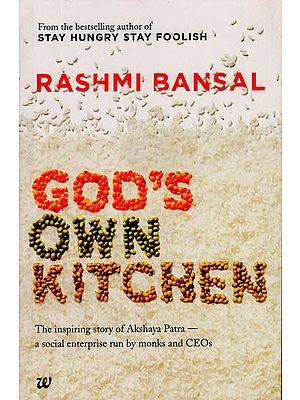