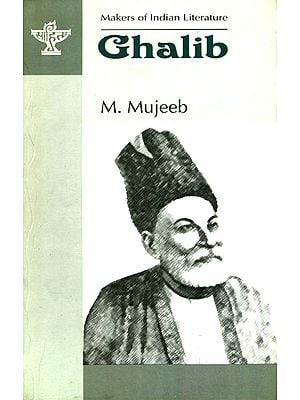 Ghalib appears by a kind of common consent to be the most outstanding among the Urdu poets and it is essential that his work should be known to the non-Urdu-speaking people of India as well as abroad.

Ghalib followed an established poetic tradition, which he enriched with his own imagination and experience. In his earliest phase his expression, though powerful, ignored the idiom of Urdu and Persian. Then he took to writing in Persian and finally reverted to Urdu. The work of his last phase achieved great popularity and succeeding generations have also found that he expressed his innermost thoughts in the most striking fashion.

Professor M. Mujeeb is a historian and has, therefore, been able to give a vivid picture of Ghalib's age and the poetic traditions he followed. He also has experience as a translator. As early as 1930 he wrote a History of Russian Literature in Urdu which was based largely on translations from Russian. In his on The Indian Muslims, he has given translations from several poets, apart from Ghalib.

It needs a great deal of courage to attempt the translation of an Urdu poet's work into English. The translation of Ghalib is all the more difficult, and this work would not have been undertaken but for the stimulating encouragement received from the Sahitya Akademi. The performance of the task itself has been pleasant, because it brought together a number of friends whose help I needed and whose own interest made the interpretation of Ghalib's verses the intellectual pastime of a whole institution. 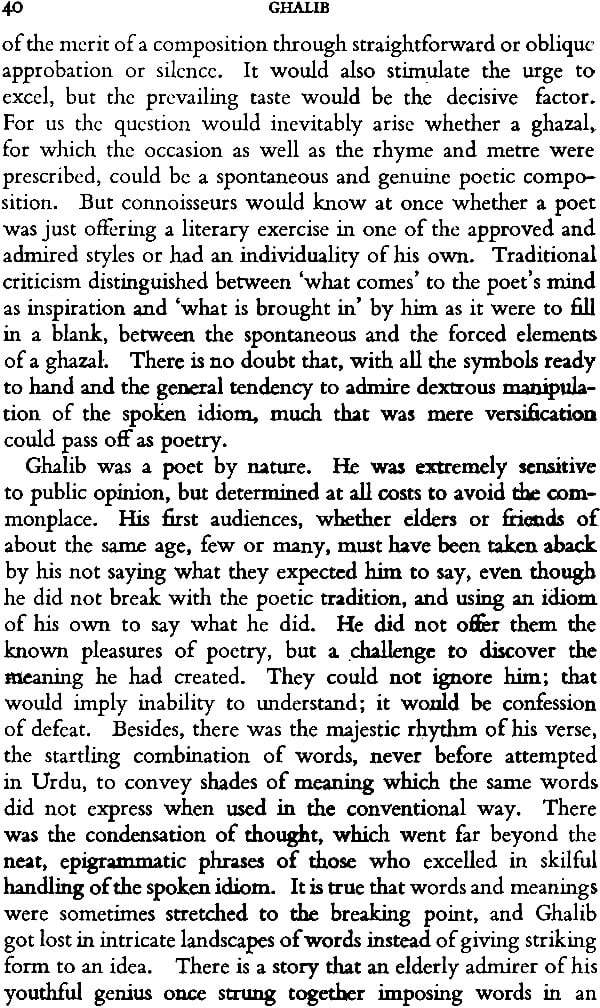 Click Here To View All Titles In This Series