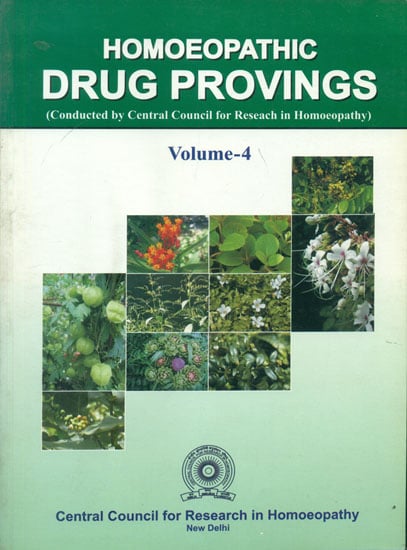 Drug Proving is a process, unique to Homoeopathy where the pathogenesis of the drug is evolved through its trials on healthy human volunteers. The process is otherwise is known as Homoeopathic Pathogenetic Trial. The application of drug substances for therapeutic purposes is primarily dependent on symptomatology of drugs obtained through their provings on healthy human beings.

The Central Council for Research in Homoeopathy adopted the Drug Proving Program as one of its primary research areas since inception. The Council has focussed on proving of indigenous drugs and also fragmentarily proved drugs. Till now, the Council has proved 80 drugs, out of which 60 drugs are of plant origin, 08 are of animal origin and 12 are prepared from chemicals. Out of these 80 drugs, the Council has exclusively proved 12 drugs for the first time and re-proved the remaining drugs.

The Council has prepared the Drug Proving protocol, taking positive leads from the protocols followed by different international homoeopathic organizations. During the period of last five years, the Council has published three volumes of monographs on Drug Proving, containing the data of 56 drugs and a special publication on 06 drugs which were proved by the Council for the first time. This is the fourth volume in the series of Drug Proving Monographs. This book contains proving data of 10 drugs all of which are of plant origin. The proving data has been reviewed and varified by the experts from the field of Homoeopathy and botany.

This book would be beneficial forthe research scholars, clinicians, teachers and students of Homoeopathy. However, the symptoms generated through homoeopathic pathogenetic trial would carry more value, if verified clinically. This stupendous work would not have been possible without the constant hard work and devotion of all staff of our Units and Institutes engaged in Drug Proving programme. Credit also goes to all the proverbs involved in this programme for portraying the drug pathogenesis sincerely and truthfully. They deserve appreciation for such dedication, without whom our mandate would have remained unfulfilled. 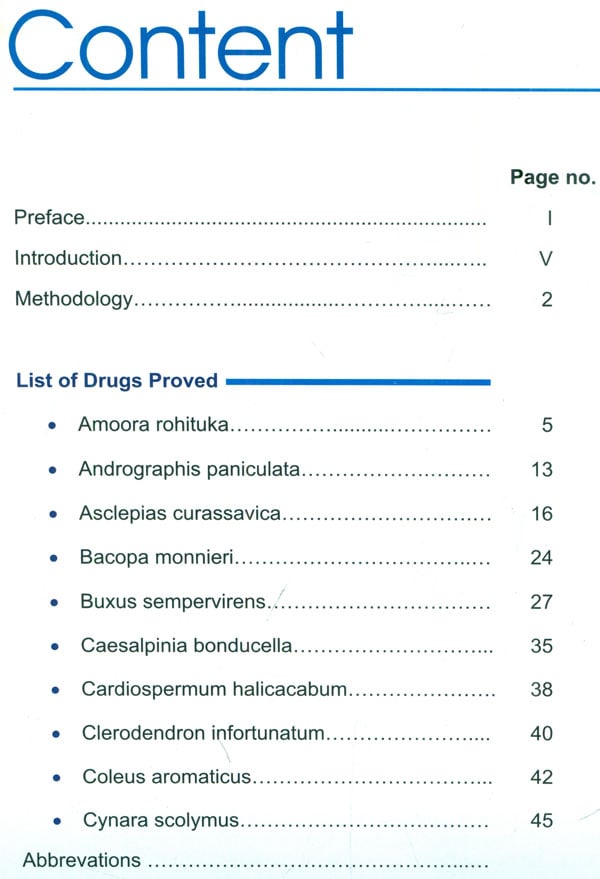 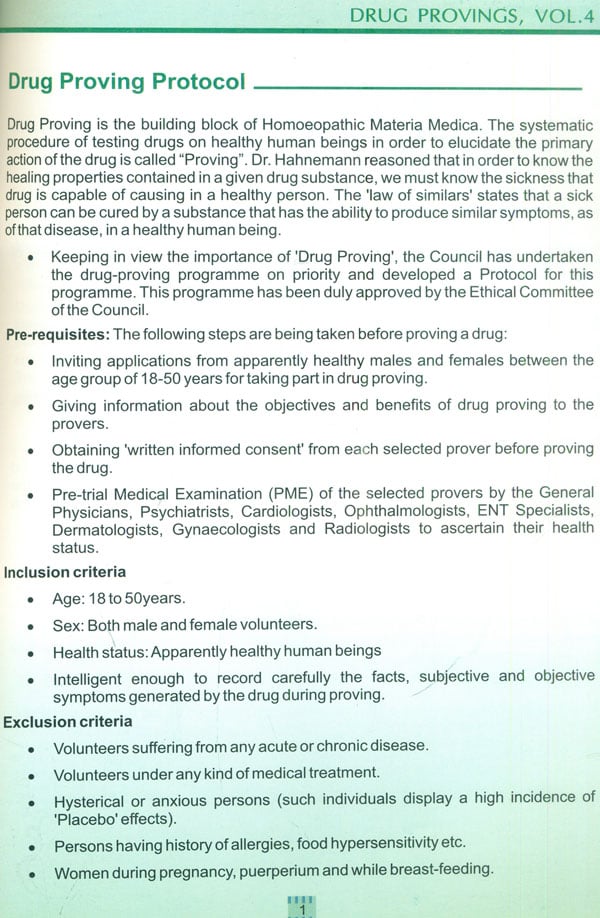 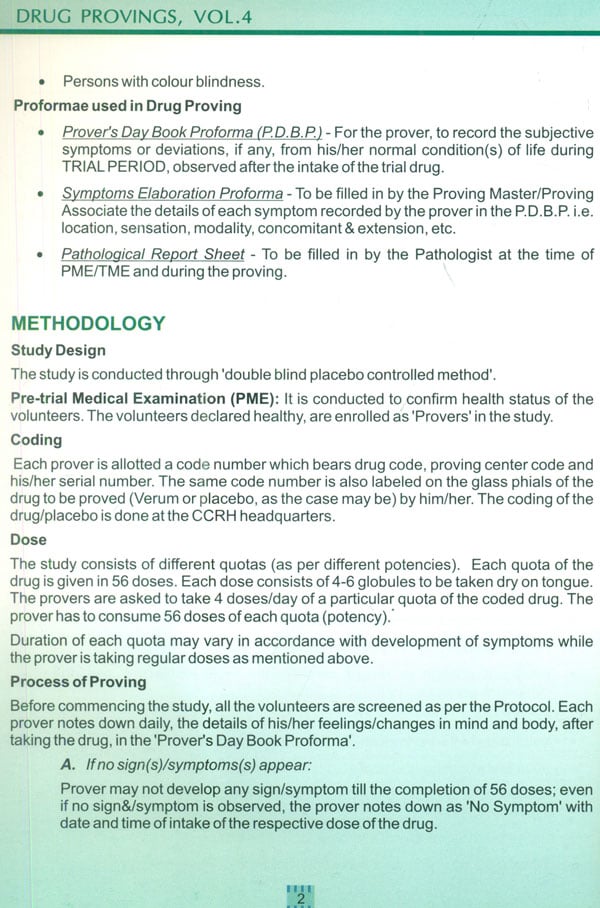 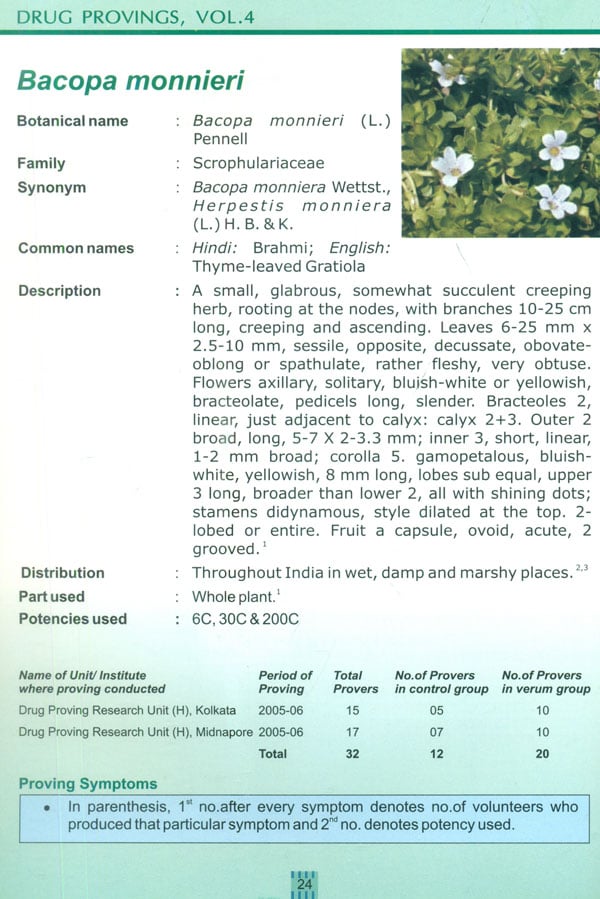 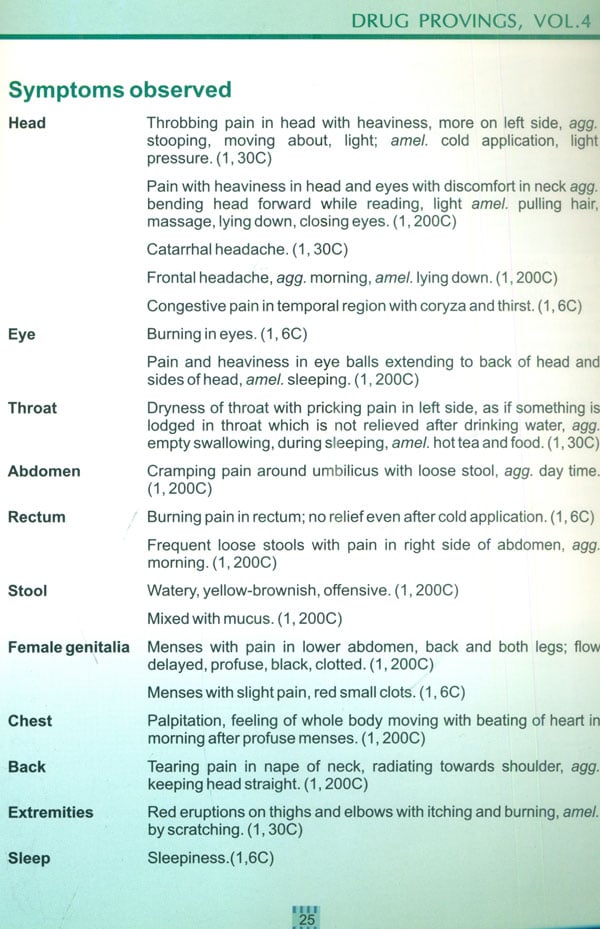 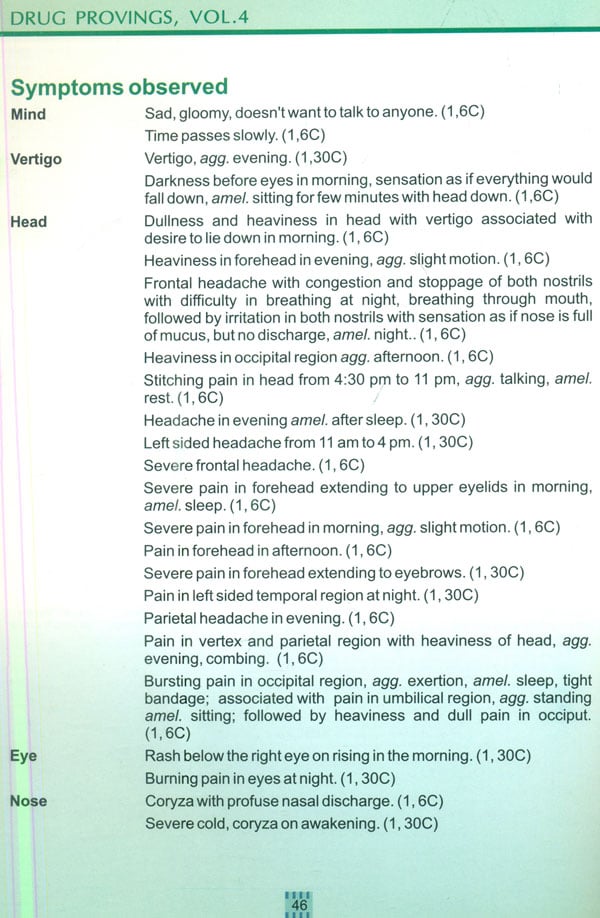