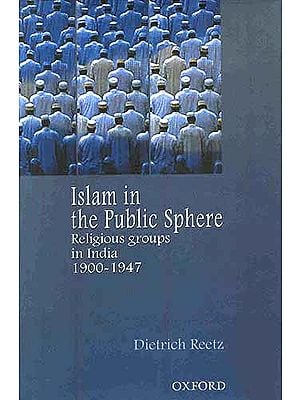 $42.50
Usually ships in 15 days
Notify me when this item is available
Save to Wishlist Send as E-card Share by Email
From the Jacket:

Reetz presents a detailed comparative analysis of debates, activities, and institutions of major Islamic groups and movements between 1900 and 1947. He studies a wide rang of reformist and revivalist traditions. These include seminary movements organized around a particular lead madrasa (Deobandi, Barelwi, Nadwa, Firangi Mahall) and revivalist groups attempting to increase religious awareness in ritual observance, in public life, and in politics, such as the Tablighis or the Ahl-i Hadith.

This book discusses how, in response to the political awakening during the anti-colonial movement, these groups set out to chart territories, mark areas of influence, and raise stakes of control and competition, not unlike mainstream political parties. Examining rare source material such as the speeches and documents of the Jamiyyat-e Ulama-e-Hind, the Ahrar, and the Khaksar, Reetz concludes that there is a close connection and continuity between the beginnings of these groups before Independence and their current incarnations in the subcontinent.

This book will be an interesting read for historians, political scientists, and journalists as well as scholars and students interested in religious studies and the history of Islam and Islamic groups, with respect to nationalist politics in South Asia.

Dietrich Reetz is a Research Fellow at the Zentrum Moderner Orient and a Senior Lecturer at the Department of Political Science, Free University, Berlin.