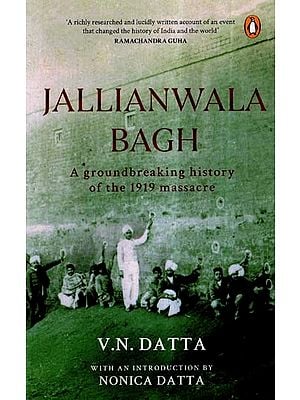 Jallianwala Bagh- A Groundbreaking History of The 1919 Massacre

Based on a meticulous exploration of the primary sources and oral testimonies of the survivors and victims of 1919, V.N. Datta crafts a unique and first-hand narrative of the most violent event and its legacy in the history of modern India and provides a complex picture of the city of Amritsar, where he grew up.

Jallianwala Bagh is a rigorous account of the causes, nature and impact of the carnage that shook the nation and irreparably wounded its collective consciousness. A pathbreaking study that moves the focus away from the frames of imperialism and nationalism, Jallianwala Bagh brings a local and an altogether different scholarly perspective on imperial, racial and military violence in the twentieth century. This highly readable work in its revised edition is of tremendous historical and contemporary value.

Jallianwala Bagh was the consequence of a clash between British policies and Indian opinion. In order to understand how and why this clash occurred, it is necessary to study the events leading up to the massacre and thereby to see it not as an isolated phenomenon but as an expression of a confrontation between the ruler and the ruled. It is also important to remember that although the principal figures, Reginald Dyer, Michael O'Dwyer, Miles Irving and A.J.W. Kitchin on the one side and Saifuddin Kitchlew, Satyapal and M.K. Gandhi on the other, were representatives of opposing systems, they were not merely so. Each made his own significant and unique contribution to the events of the period, and to consider them merely as instruments of policy would be to understand only part of the total situation.

This work seeks to provide a background to the disturbances that occurred in March and April 1919 by examining British policy in the preceding period and its effect on Indian opinion. It seeks to examine the part played by each of the principal actors within their respective frames of reference. Thus in this study, it is not merely the massacre itself which is described, although that is important, but the events that led up to it and the consequences that followed are also discussed.

In this work, extensive use has been made of Volume VI (Evidence) of the Disorders Inquiry Committee. This volume has a curious history. It was withdrawn and suppressed and had not been available to specialists working in this field until its recovery by the author in 1966. It is the most illuminating of all the documents on the Punjab disturbances given the bearing it has on Jallianwala Bagh. Volume VII (Evidence) of the Disorders Inquiry Committee, also unavailable hitherto, has been used here through the good offices of the director, National Archives of India, New Delhi.

Besides the Jayakar Papers,' official records including the contemporary accounts and newspapers, particularly the Tribune and the Bombay Chronicle, eyewitness accounts of those living in 1919 have been obtained. In this connection, I should like to mention the help received from the late Dr Saifuddin Kitchlew, who enlightened me on many issues connected with the events of 1919.

I am grateful to the following for their personal reminiscences: Mahasha Rattan Chand alias Ratto, a well-known social and political leader who led the mob in Amritsar on 10 April 1919; Dr Gurbax Rai, an active political worker and Kitchlew's zealous follower, who was present at the Jallianwala Bagh meeting; Shri Deva Singh Cheema and Lala Rattan Chand who were wounded during the massacre; the late Shrimati Attar Kaur and Shrimati Rattan Devi who rushed to the Bagh immediately after the firing and stayed up the whole night following the carnage; Shri G.R. Sethi, the journalist, an eyewitness to the events on 10 April, who allowed me to use his material on Jallianwala Bagh; Lala Lekh Raj, a schoolteacher who knew Captain Massey; Dewan Niranjan Prashad, retired judge of the Patiala High Court; and Shri U.N. Mukerji, secretary, the Jallianwala Bagh Trust, for their help, and my father for his encouragement. I thank Mrs V.C. Weston of the India Office Library, London, and the director, Nehru Memorial Museum and Library, Delhi for making photographs available to me. I must acknowledge the assistance by Shri U.S. Deswal in the preparation of the index of the original edition. I owe much to Mr Clive Hodder for offering me that kind of criticism-which is easily the best-both severe and sympathetic at the same time. I record my grateful thanks to Bakshi Badri Nath, retired deputy inspector general (DIG) of police, for his clarification on the intelligence aspects of the affair and to Dr Baldev Singh, the neurologist, for his observations on Dyer's state of mental health. My thanks are also due to Shri V.K. Krishna Menon for his advice on the O'Dwyer v. Nair libel case of 1924 and to Shri C. Rajagopalachari for answering questions through correspondence on the activities of the satyagraha movement at that time. And finally, I am grateful to my wife who made it possible for me to complete this work.

The First World War marked a definite change in the political condition of India. Never before had the country been plunged into such political turmoil as in 1919. The conventional view of India's loyalty to the Crown ignores the fact that during the four and a half years of war, political agitation in India, directed against that very institution which claimed this loyalty, progressively increased. But this is not to underestimate the contributions both in men and money that India made for England in her distant struggle. Although India felt the effects of the War far less than the countries of Europe, the strain in proportion to her vitality and means was substantial. In his speech on Mesopotamia in the House of Lords, Charles Hardinge, a former viceroy, said that India had allowed herself to be 'bled white' in the larger interests of the Empire.

In order to understand the political disturbances of 1919, it is necessary to examine the impact of political movements, as also of social and economic conditions, on the growth of political agitation. Of the former, the Ghadr movement, secular in character and militant in its views, coincided with the early years of the War (1914-15). Originally founded in San Francisco on 18 August 1913, the Ghadr Party aimed at securing India's liberation by force. Lala Hardayal, a scholar and a revolutionary, was its president and Sohan Singh Bhakna, its secretary. On 15 November 1913, the party published a weekly paper, Ghadr, with Hardayal as its chief editor and its objectives were stated as follows:

What is our name? Ghadr. What is our work? Ghadr. Where will Ghadr break out? In India. The time will soon come when rifles and blood will take the place of pen and ink.

On the front page, beneath the name of the paper was the caption `Enemy of the British Government'.

The party's impact spread to Canada to which Indian emigration had begun with the turn of the century. In the early years of the twentieth century, about 4000 Indians were already settled there. By 1906, over 1500 men from the Punjab, mostly Sikhs, were working in or near Vancouver and approximately 5000 Sikhs arrived in British Columbia between 1907 and 1908. Mr Mackenzie King (later the prime minister of Canada) went to London in the spring of 1908 and discussed the question of emigration of Indians with Lord Elgin, secretary of state for the colonies, and then proceeded to India to hold consultations there. As a result of his visit, the Government of India warned intending immigrants that no employment could be obtained for them in Canada and simultaneously invoked the provisions of the Emigration Act of 1883 by which emigration was allowed only to countries that were listed in the schedule and had passed legislation to protect the interests of immigrants. Canada was not listed in the schedule. Thousands of Indians there, most of whom came from the Punjab (especially the Sikhs), were chafing under the irksome provisions of the local immigration laws and between 1908 and 1911 about a thousand of them were compelled to return home, many more migrating to the United States.

A Japanese merchant ship, the Komagatamaru, chartered by Gurdit Singh of Sarhali village in Amritsar district, was not allowed to land at Vancouver and had to return to India. This ship arrived in the Hooghly estuary on 27 September 1914 and docked at Budge Budge harbour on 29 September. The angry frustration of its 376 passengers quickly expressed itself in a violent protest against the Government of India. The government had passed the Ingress Ordinance on 15 September 1914 empowering itself to restrict the liberty of anyone entering India after 5 September 1914 and the passengers from the Komagatamaru, who had been influenced by the activities of the Ghadr Party in Canada, were ordered to board a train which was to take them straight to the Punjab. The infuriated Gurdit Singh and his followers disobeyed the orders and marched en masse through the streets of Calcutta where an altercation took place between them and the police resulting in the death of eighteen and the wounding of another twenty-five. Much ammunition was brought ashore concealed under the Granth Sahib, the sacred book of the Sikhs. Two hundred of the Ghadrites were interned and the rest returned to the Punjab. Another batch of 179 Ghadrites, from Tosa Maru, was also despatched to the Punjab. Thus, by the beginning of 1914, nearly a thousand individuals closely acquainted with the ideas of the Ghadr Party had returned to India and settled, for the most part, in the Punjab. The Punjab government was alarmed at the number and the activities of the Ghadrites. The Government of India was authorized to frame, on 18 May 1915, rules 'to empower any civil or military authority to prohibit the entry or residence in any area of a person suspected to be acting in a manner prejudicial to the public safety or to direct the residence of such persons in any specified area'. This Act was strictly enforced in sixteen districts of the Punjab.

In early 1915, the Ghadrites made the Punjab the scene of their activities. They visited the religious shrines at Amritsar, Tarn Taran and Nankana Sahib and exhorted people to defy the authority of the government. They raided arsenals, killed policemen, derailed trains and committed a number of dacoities. One of their leaders posed as the Kaiser and another as his Crown Prince. Rash Bihari Bose and Vishnu Ganesh (V.G.) Pingley masterminded the revolutionary activities of the party. Bose had been the chief organizer of the Delhi and Lahore disturbances of 1912-13 and Pingley, a shrewd and bold Maratha Brahmin of Poona, had returned from America with some Sikh Ghadr proselytes. Bose and Pingley fixed the night of 21 February 1915 for raising the standard of rebellion in India. The Ghadrites were supplied with instruments to destroy telegraph wires and derail railway trains. Tricolour national flags were hoisted and large copies of the Ilan-i-Jang (Declaration of War) were printed for distribution. But their plans were foiled. By August 1915, the Ghadr Party in the Punjab had been virtually smashed by a Punjab government armed with extensive powers under the Defence of India Act and the Ingress Ordinance of 15 September 1914. Of those tried in the Punjab, twenty were hanged, fifty-eight were transported for life and fifty-eight were imprisoned for shorter periods.' Sir Michael O'Dwyer mentions that forty-five acts of violence had been committed by the Ghadrites up to 1915 including dacoities and attacks on trains, a railway station, a treasury and police forces. Ghadrite militancy compelled the government to take repressive measures and an unusual atmosphere of tension and disquiet was created in the Punjab. But the Ghadr rebellion had an appeal only for the rural population; the intelligentsia remained aloof. A CID report suggests that 'from February 1918 the Ghadrites showed the danger of uncontrolled political agitation on ignorant and credulous minds'. Although the Ghadrites were almost a spent force from 1915 onwards, their brief period of militancy had impressed upon people the fact that the authority of the government could be challenged. 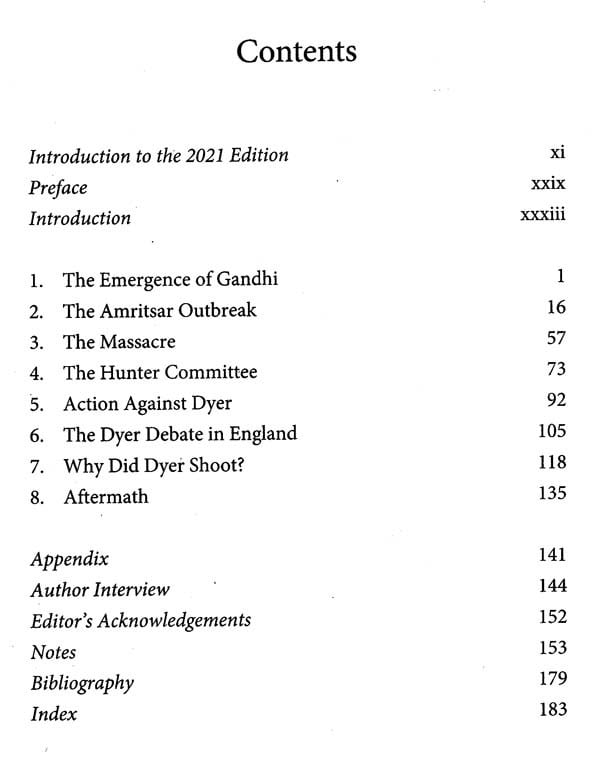 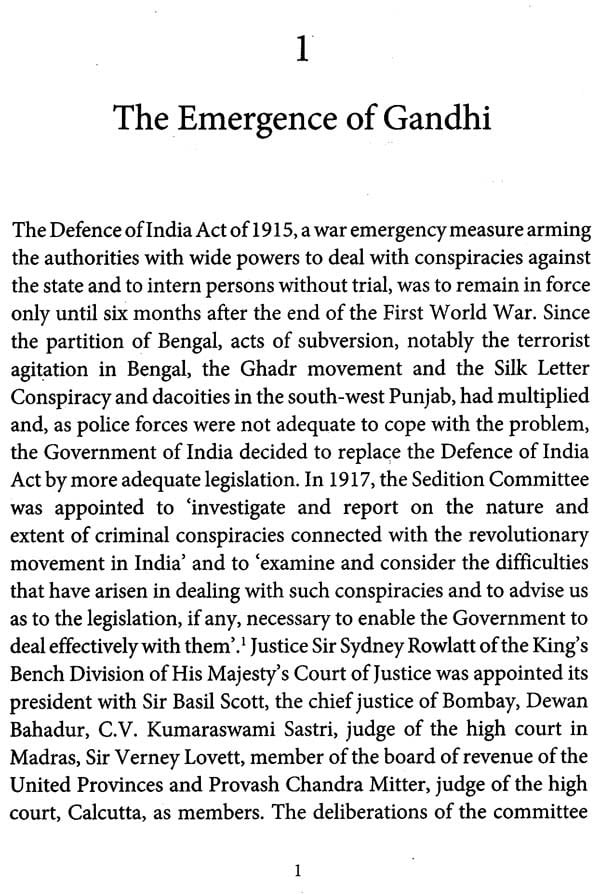 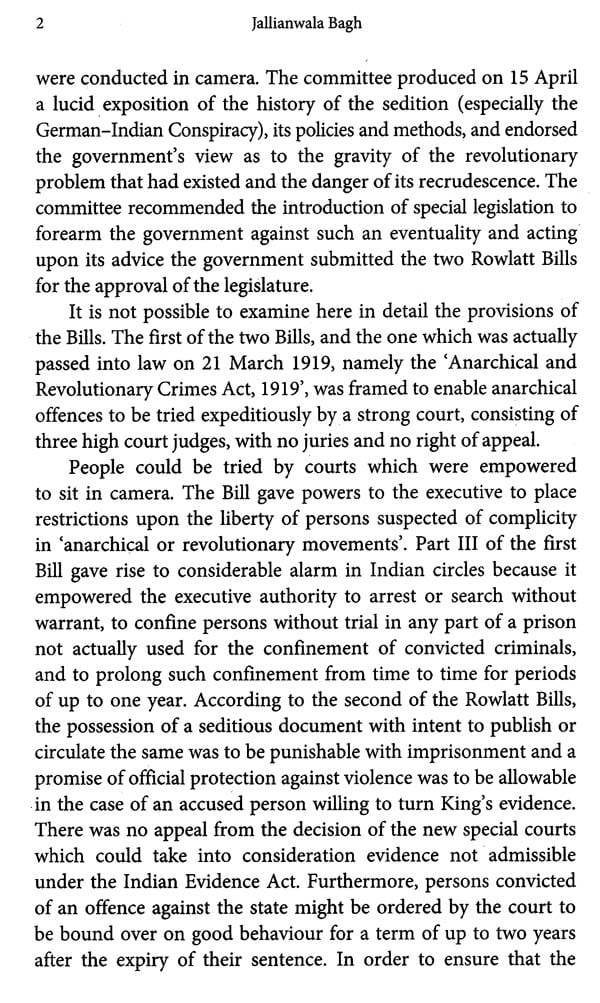 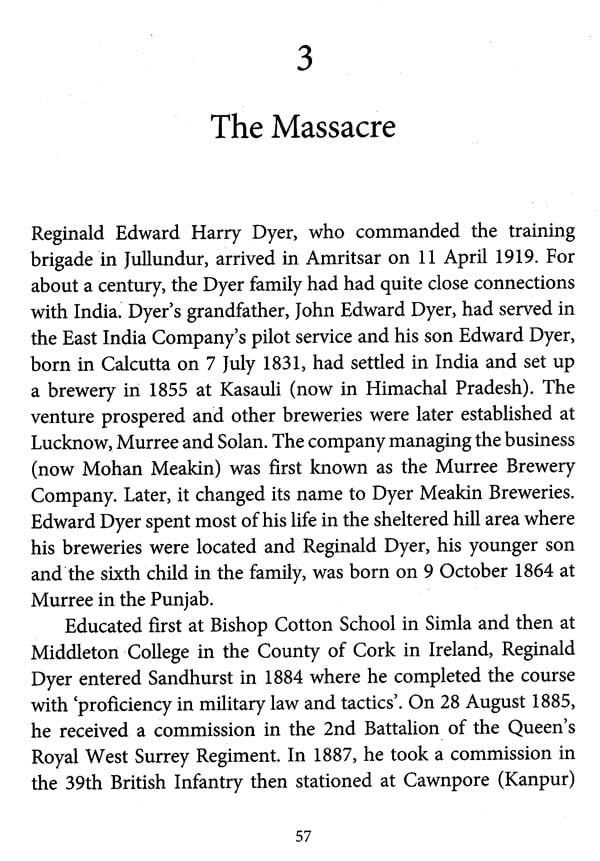 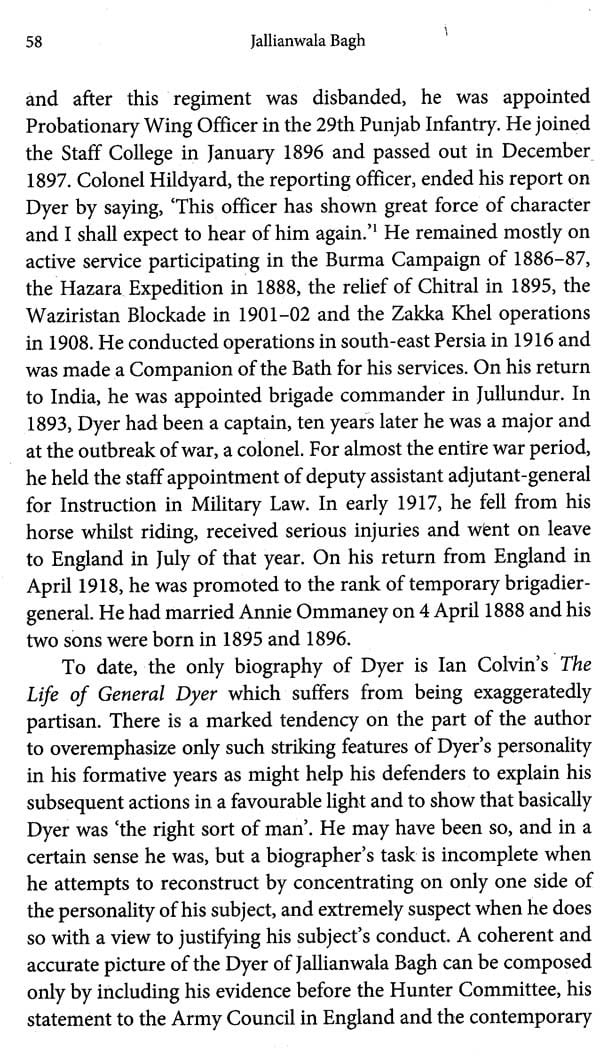 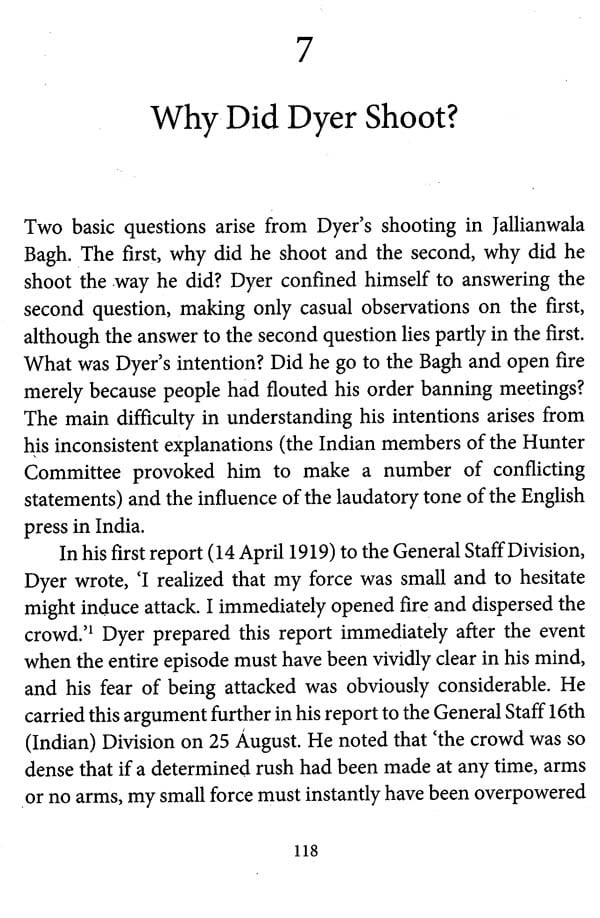 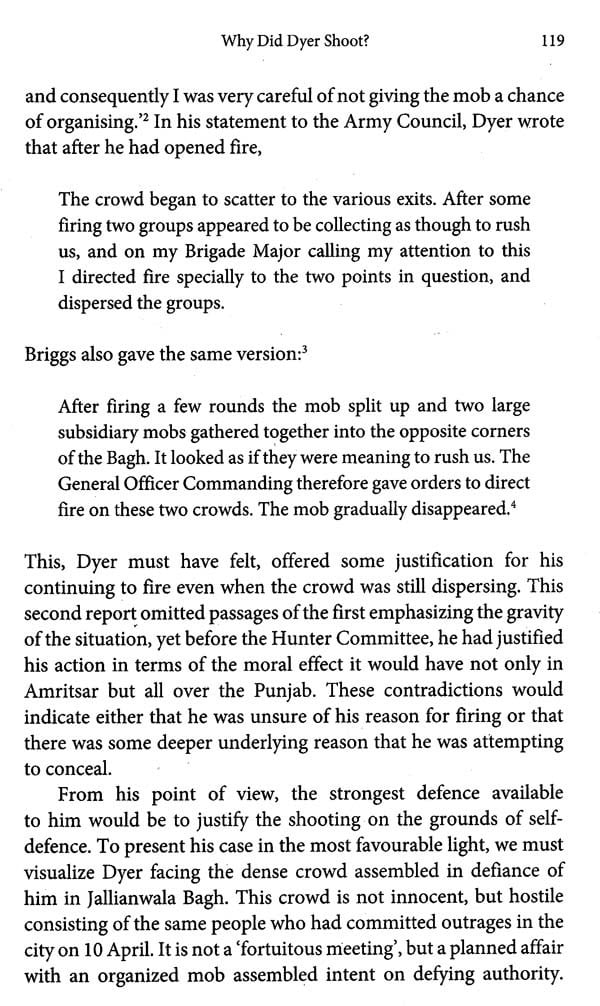