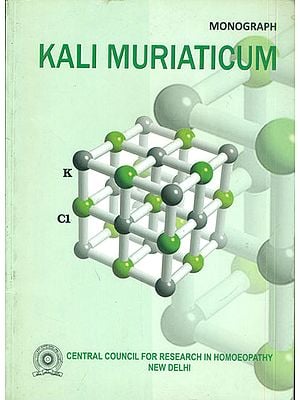 Evaluation of drug pathogenesis is a continuous process in Homoeopathy. The drug is tested on healthy human beings and the proving data is recorded. However, the true genius of a drug is evolved when these very symptoms, elaborated upon in the pathogenesis, form the basis of prescription and are cured in diseased persons. Hering has mentioned five steps in the foreword of his 'Guiding symptoms of Materia Medica' in order to obtain a characteristic symptom. The fifth and final step of his strategy refers to the clinical verification of the symptoms obtained by the homoeopathic drug proving. Such practical application of the therapeutic action contributes to the true Materia Medica of the drug.

With regard to Kali muriaticum, the symptoms produced in proving under the drug proving program of the Central Council for Research in Homoeopathy were confirmed and the clinical utility of the drug was established by clinical verification. Based on its proving data, symptomatology of the drug available in various textbooks of Materia Medica and its clinically verified symptoms, the keynote and prescribing symptoms for this medicine have been identified. The data is now presented to the profession, in the form of a monograph.

This is the 3rd edition of the monograph on Kali muriaticum. It was one of the earliest drugs undertaken in the Drug Proving Program of the Council. After proving, the clinical verification of Kali muriaticum was carried out at many centers under the Council from 1980 to 1997. During this period, while verifying the proving symptoms repeatedly in the sick, a set of new symptoms also came out, which have been identified as clinical symptoms of Kali muriaticum. It is hoped that these symptoms will be helpful to the practitioners in understanding Kali muriaticum, in relation to various clinical conditions being dealt by them in their day to day practice.

As is true for any research work, the final test would be of time, when the medicine would be repeatedly used in the clinical practice by the physicians. The Council would be thankful to the practitioners who would use this medicine in their clinical practice, based on the proving and clinical verification symptoms given here, and send in their feedback, so that the therapeutic utility of the medicine can be further expanded and confirmed.

Potassium or Kali compounds are known to be present in the terrestrial plants for centuries. The word 'Kali' is derived from Arabic word 'kaly' meaning ash. Potassium, which is another name of Kali, has its origin in the word 'pot- ash' which means the remnant of charred vegetable matter'. Potassium chloride, also known as Sylvite, is one of the many potassium salts that exist in the nature. It is the eighth abundant mineral in the earth crust. The element Potassium was discovered and isolated in 1807 by Humphry Davy in London.

A decrease in concentration of serum potassium can result in muscle weakness, cardiac arrhythmias, hypercalciuria and glucose intolerance. Potassium chloride (KCI) is particularly known to be useful in treating hypokalaemta. An excessive use of KCI can cause gastrointestinal discomfort, including nausea and vomiting, diarrhoea and bleeding from the digestive tract. Its overdose can also cause hyperkalaemia, leading to paraesthesia, cardiac conduction blocks, fibrillation, arrhythmias and sclerosis.

Schussler has contributed this drug to Homoeopathy. The use of Kali mur in Homoeopathy is predominantly based on the observations made by him. However, later on Schussler asserted that the treatment with tissue salts is not Homoeopathy and developed 'tissue systems' as a separate system of therapeutics. He explained that a 'tissue remedy' acted by meeting the requirements of the body for that particular salt", But this view was contradicted by Boericke W. and Dewey W. A, who opine, 'In a disturbance of molecules of Natrum mur., there is not necessarily a deficiency in the amount of Natrum mur in the body, rather a lack of continuity in the arrangement of the existing molecules in the body. A salt, given as a remedy, does not supply a lack or deficiency of that salt, as the quantity given is usually too infinitesimal for the purpose, and were this the case, it might be given in quantity in food and drink with the desired effect."

Only scarce literature is available in Homoeopathy on Kali muriaticum. Source books like Hering's Guiding symptoms describe Kali mur and Kali chlorate together. Also, no history of proving this drug is known till date, for which its study was taken up by the Council for proving during 1970-72 and for reproving during 1972-74. The study was based on double blind, placebo-controlled method. 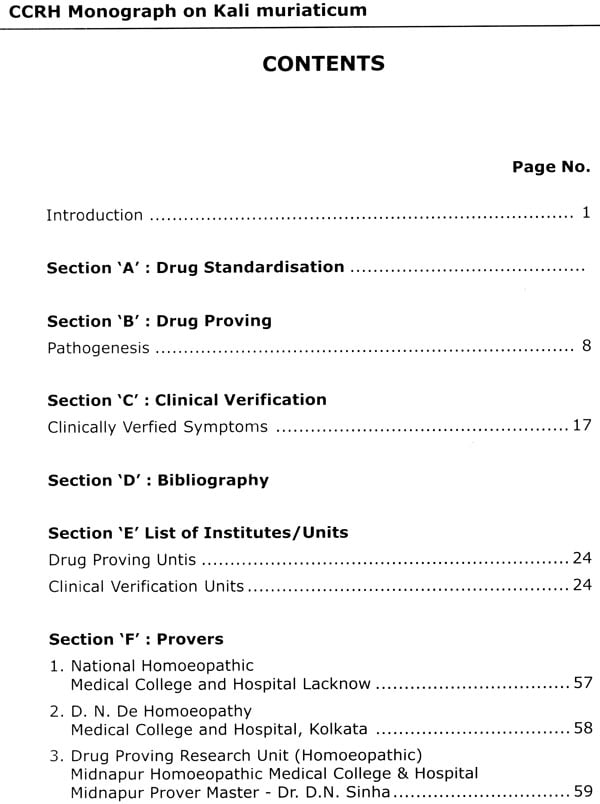 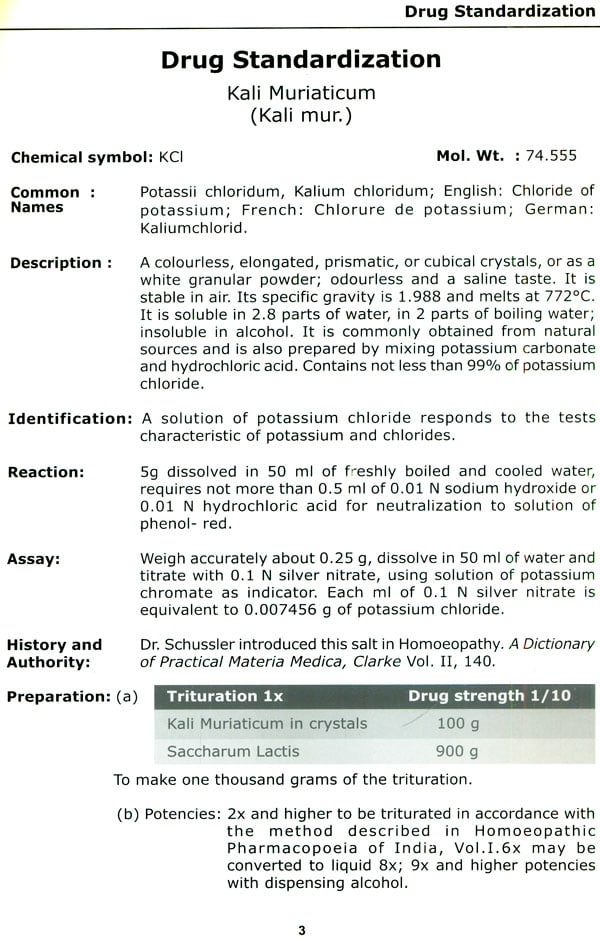 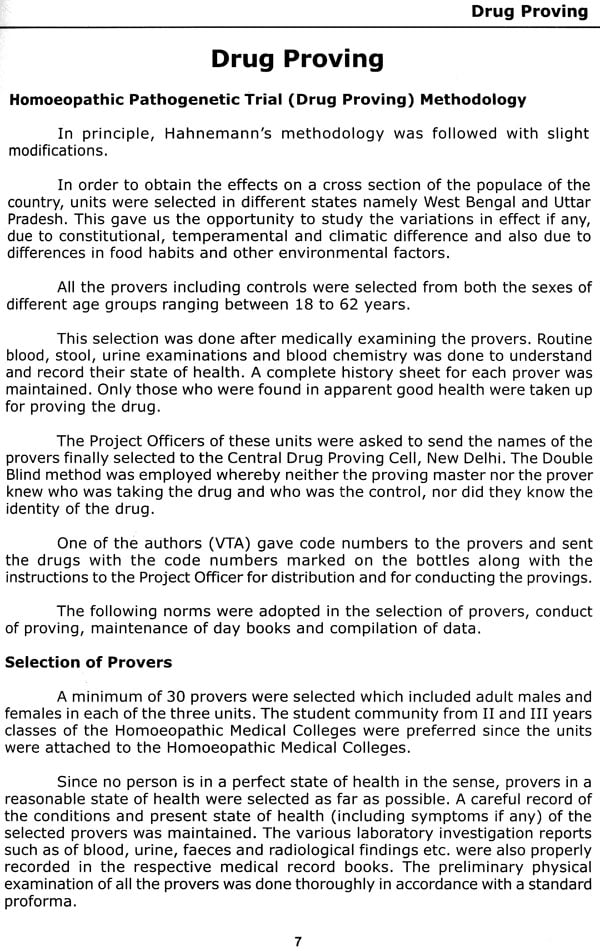 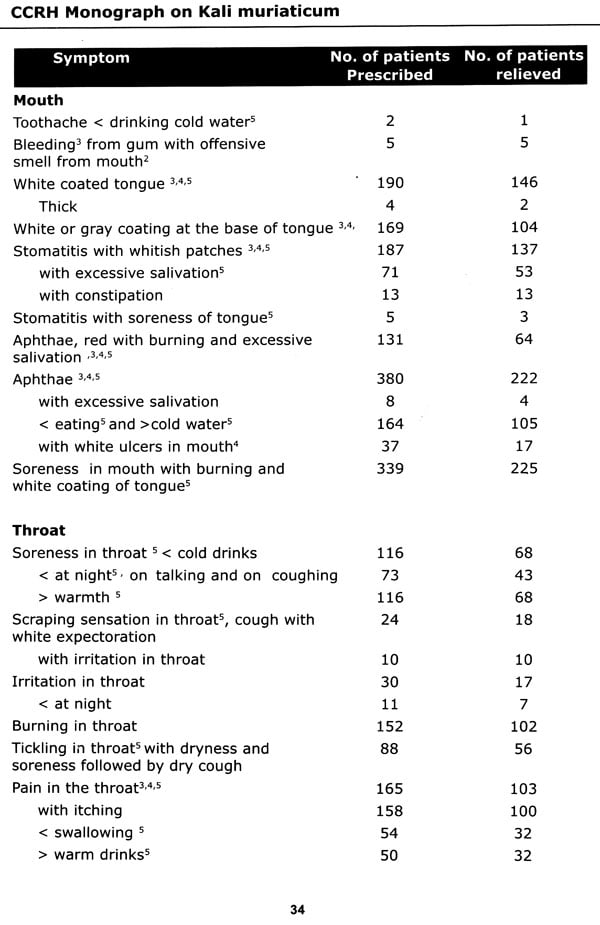 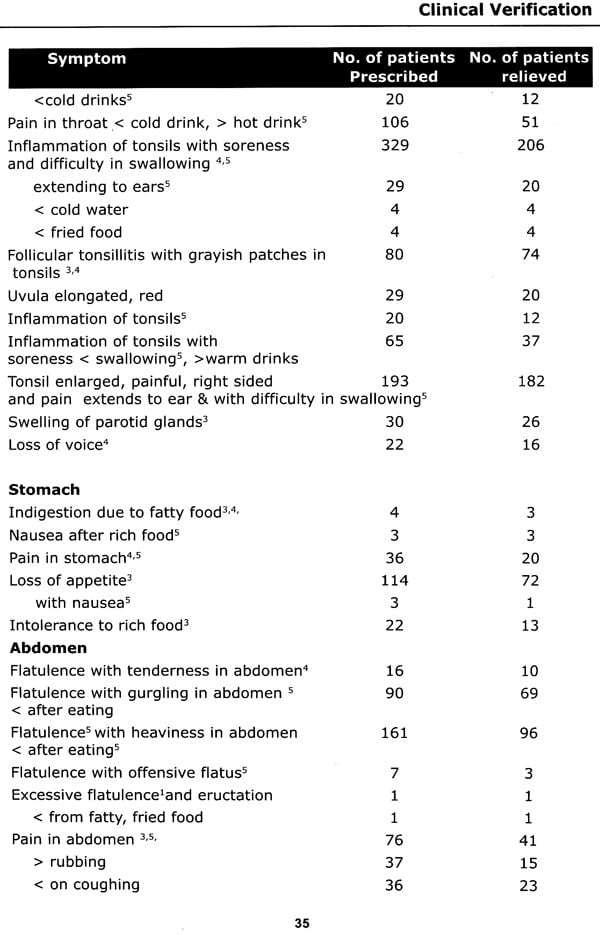 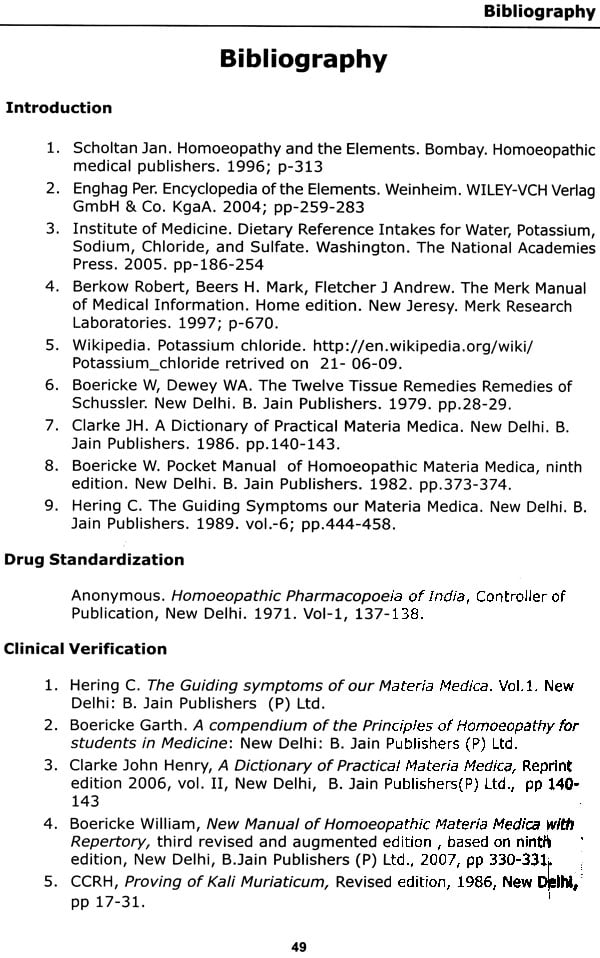