This book carries anecdotes encapsulating Lal Bahadur's childhood, growing up years and political life. Each anecdote is poignantly narrated by his son Anil Shastri. And brilliantly interpreted by Pavan choudary. The reader will take home unique and valuable insights. It is Lal Bahadur Shastri like never before.

Anil Shastri is an Indian politician, social activist and educationist. After graduating from St. Stephen's college he served in Voltas for 17 years. Anil joined politics in 1989. He was elected to the Lok Sabha and appointed as Minister in the Ministry of Finance. He is also Special Invitee to the Congress Working Committee. Born to Lal Bahadur Shastri, Anil has established several educational institutions and is the Chairman of Lal Bahadur Shastri Institute of Management.

Pavan Choudary is the author of path breaking books like How a good person can Really Win, Broom & Groom (with Kiran Bedi), when you are Sinking become a Submarine and The Rx Factor. Pavan is also the Managing Director of Vygon, a leading French MNC, hosts the TV programHum Aisey Kyun Hain on DD, and has written columns for The Times of India and Financial Chronicle. He sits on some of the respected advisory boards of India and is a Management Strategist.

This book is about a man who carne from the humblest section of society and rose to the highest position of the land. He was the epitome of wisdom and practicality. The values he lived by have transcended time and generations and have proved to be invaluable not only today but will continue to be so in the future. As you go through this book, you will find several recollections and anecdotes from Shastri's childhood, his public office and adult life. Unfortunately, he was snatched away by the cruel jaws of death early. However, the principles he lived by endure.

I have hand-picked personal recollections of his second son Anil Shastri who had the good fortune of being raised by such a stalwart. During my interactions with Anil, I saw in him the same integrity, honesty and loyalty his father was known for. I saw that despite his time in politics and presiding over an educational empire his value system was uncontaminated.And that beneath his dignified exterior he is a simple, unpretentious and affable man. And there was always this glint of pride in his eyes while reminiscing times spent with his father. Only a great father would inspire such pride. I could see the same emotion resonating from other people who had interacted with Lal Bahadur in his lifetime. Little wonder then that Lal Bahadur Shastri was the first person to be awarded Bharat Ratna posthumously, the highest civilian honour in the country, in 1966. He was a true jewel of the country.

What struck me the most about Lal Bahadur Shastri was that despite coming from a very humble background, he rose to high ranks through his hard work and wisdom.Poverty did not vanquish him, rather it propelled him to reach the highest position the country offered. Besides, he did not lose his empathy for others. He felt the pain of others when he put himself in their place. This was evident in the way he dealt with people from all walks of life. His profound empathy, however, did not take away from acting fair and just. Nothing confounded him and he was known to take quick and decisive decisions whether it pertained to war with Pakistan or action in Kashmir.

Shastri was also noted for his good habits of punctuality, practicality and hospitality. No one would ever go back hurt or disappointed after meeting him. He made everyone feel welcome and positive, even though, at times, the way forward may not have been entirely favourable for them. He also did not believe in hierarchy which in-subordinated people. He was inclusive and discussed issues with everyone, drawing nuggets from all levels.

Being a man of few needs, Lal Bahadur believed in living within means and cutting the coat according to the cloth. Whenever he had some spare resources, he would plough these back into the community to help the needy. He did not believe in ostentation but proudly flaunted his lndianness. I believe that today's generation can learn a lot from this iconic personality.

Drawing from such a wellspring of rich values, this book is presented in three sections - Values to inspire us at an individual level, interpersonal level and societal level. Each of these recollections has a thought-provoking and inspiring lesson which if applied, can help us develop into well-rounded personalities. 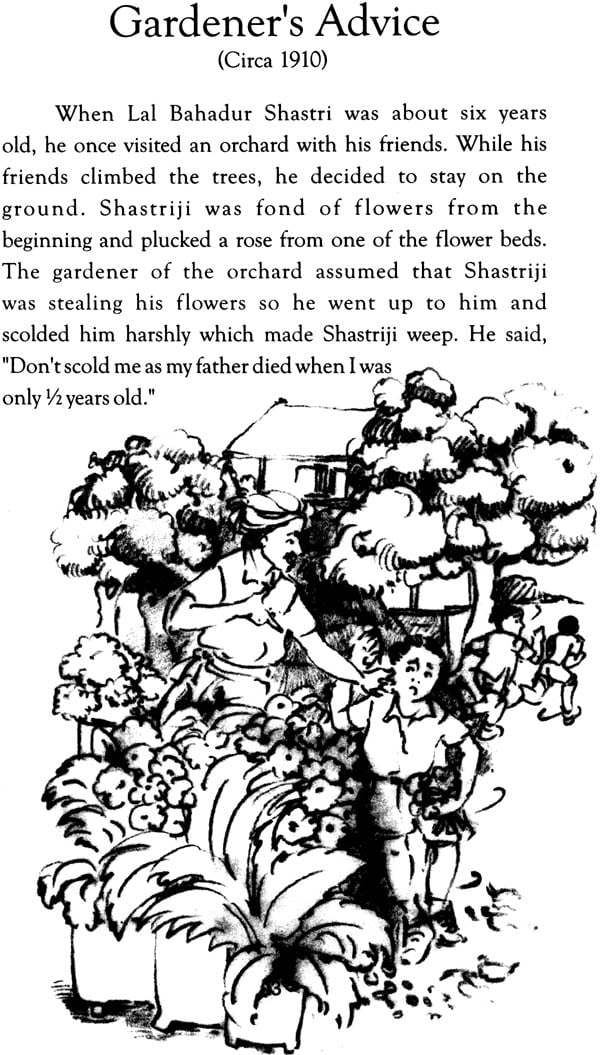 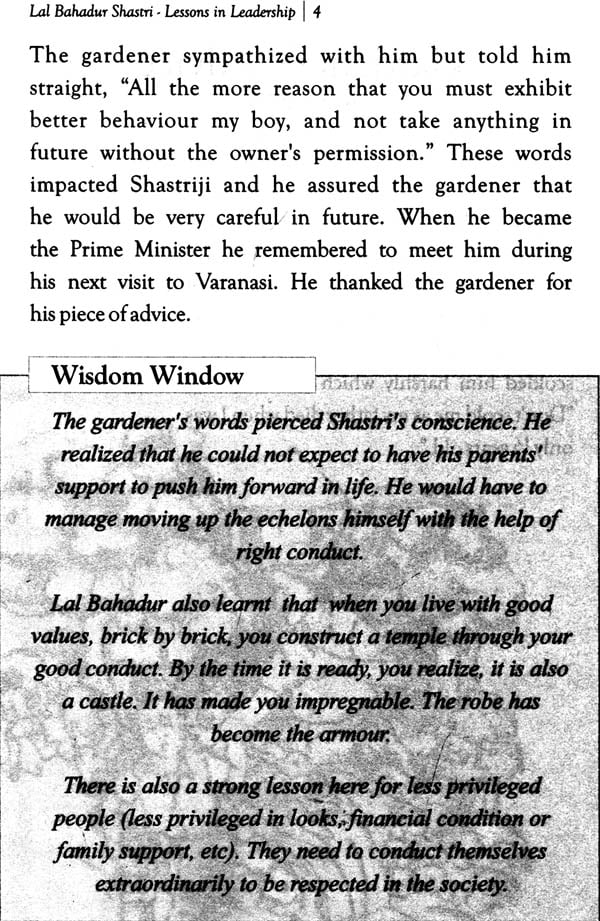 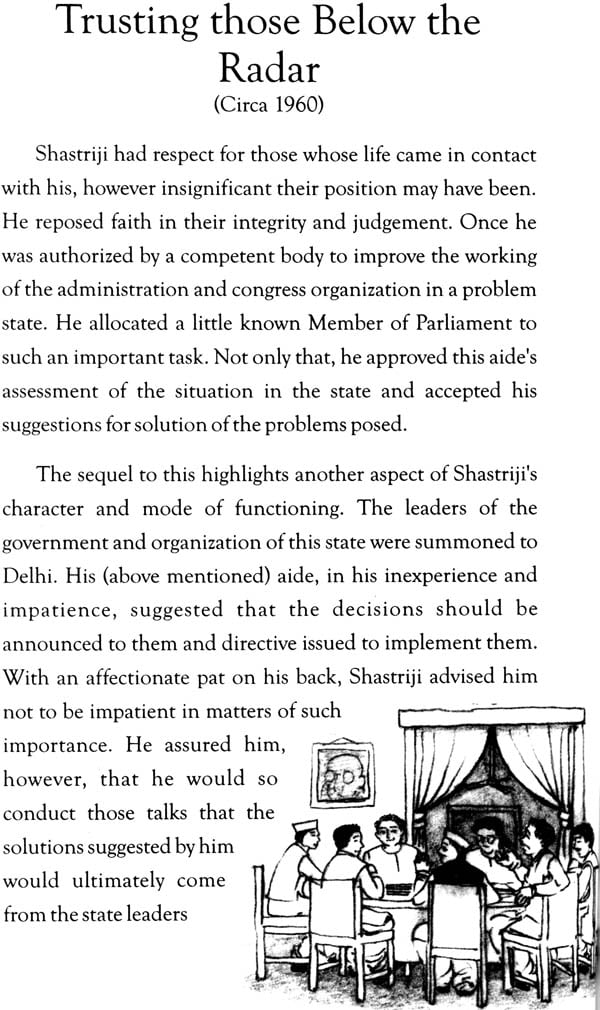 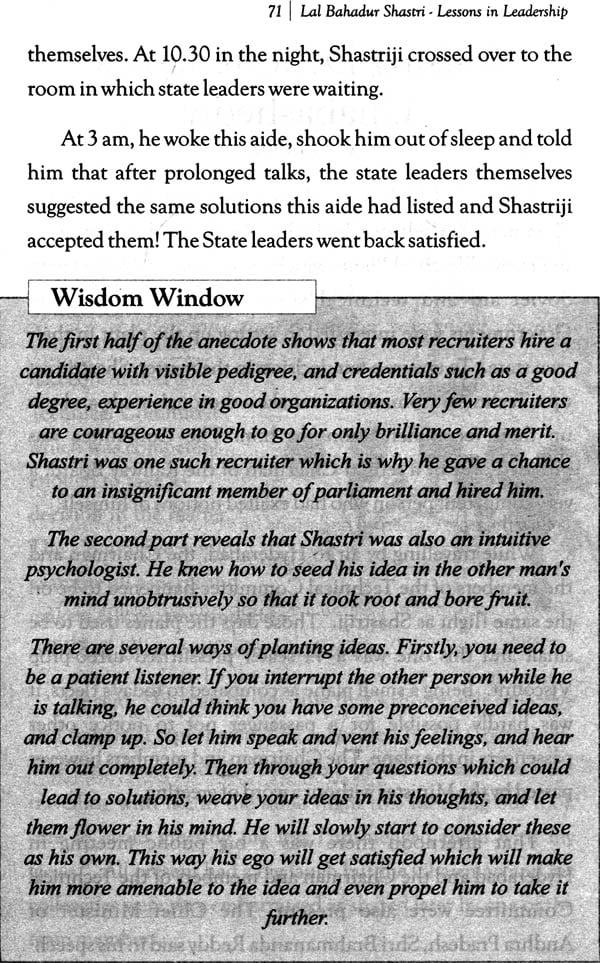 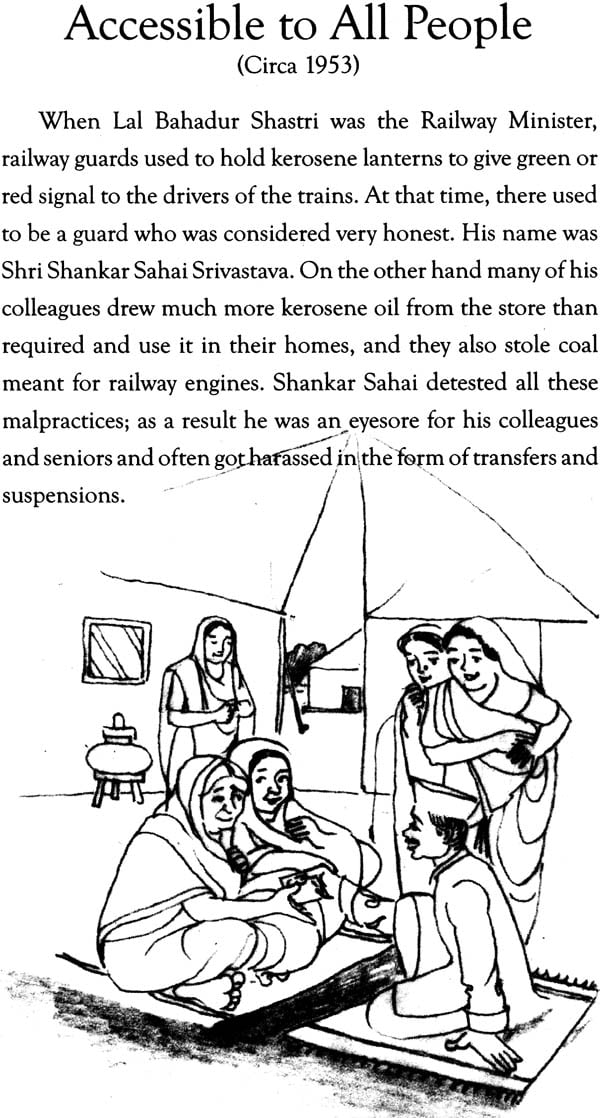 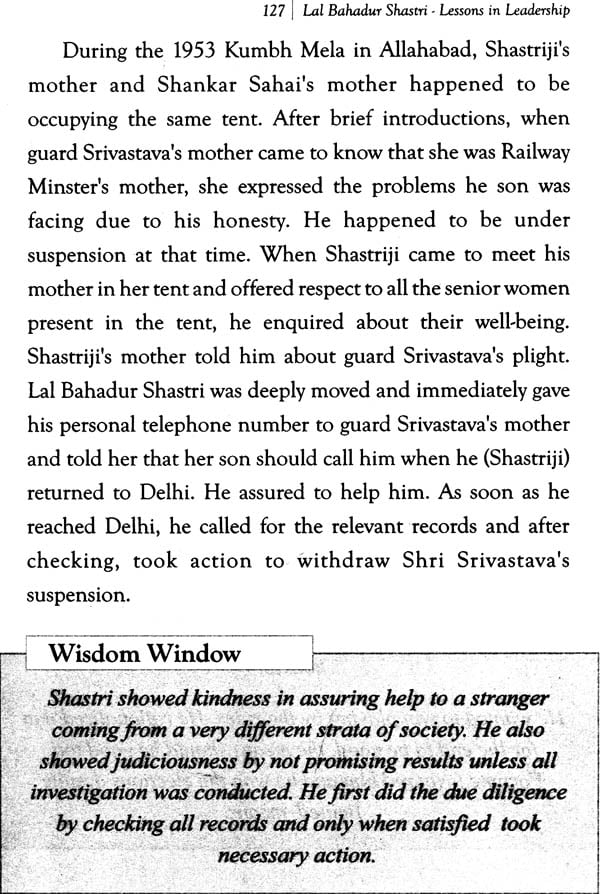 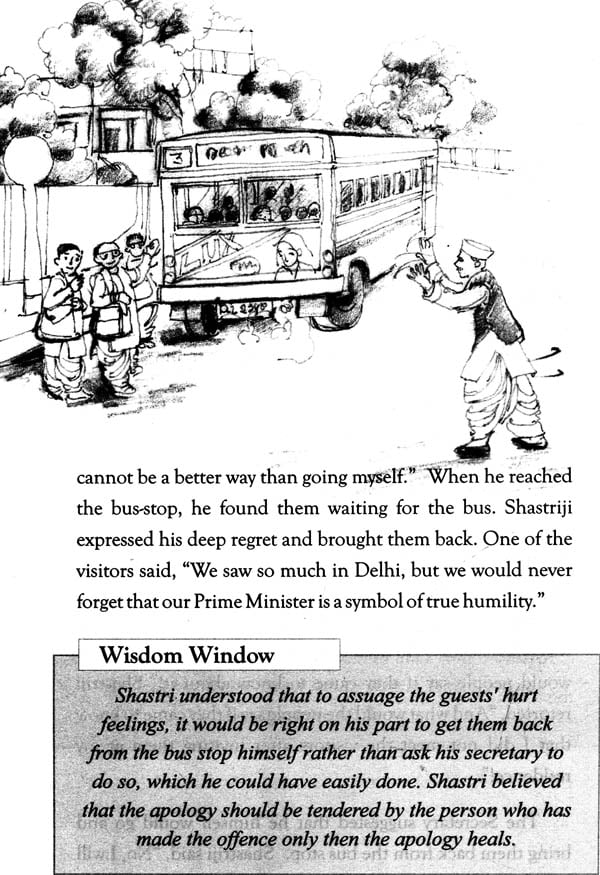 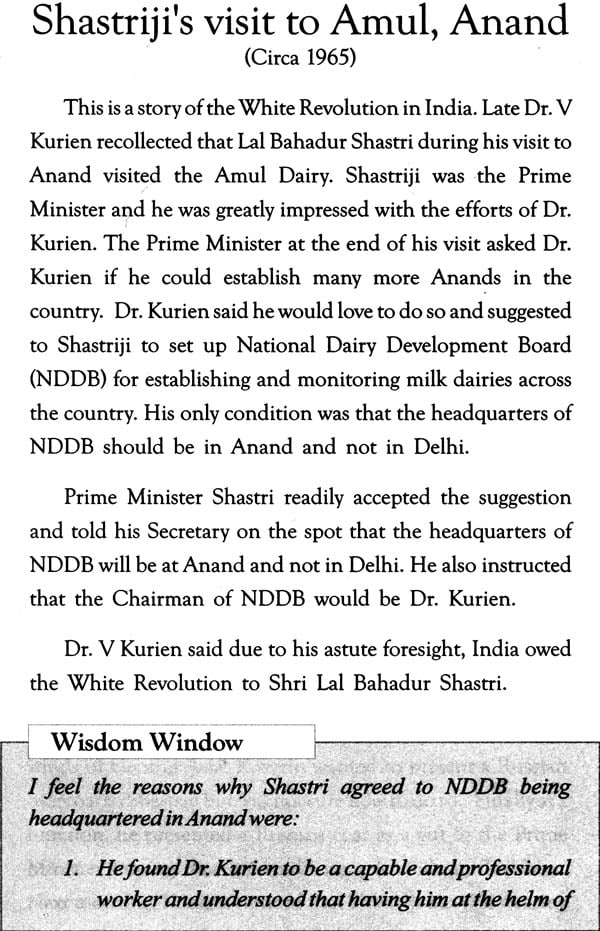 50 Magnificent Indians of The 20th Century
By S.Lal
$29
FREE Delivery