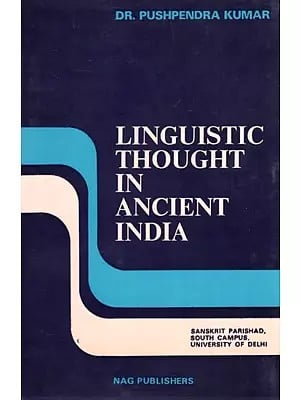 Linguistic Thought in Ancient India (An Old and Rare Book)

If there is any single branch of knew ledge to which the scholars of ancient In have made the most outstanding contributions, it is the science of language.

Many scholars have discussed the points of views of Panini, Bhartrihari Naiyayikas, Mimansakas and Buddhists on the concept of language and on word and its meaning.

The present book consists of illuminating and thought provoking 11 articles and covers a wide range of linguistic problems discussed and thought upon in ancient India.

In 1983, a U.G.C. sponsored seminar on 'Linguisitic Thought in Ancient India' was organised by Dr. Pushpendra Kumar at the South Campus of the University of Delhi. The seminar was largely attended. The papers, read and discussed during the seminar, drew attention of the assembled scholars. Out of these papers, the best eleven papers are now being presented in this volume. Since the seminar was on 'Linguistic Thought in Ancient India' all these papers are primarily connected with the grammatical structure of Sanskrit langu age, and also with the philosophical speculations of Indian thinkers in relation to the language. It may be mentioned that the readers will not only find here a recapitulation of already known ideas and thoughts but they will also come across some new problems which have been initiated here. Many scholars have mainly discussed the points of views of Panini, Bhartrhari, Naiyãyikas, Mimänsakas and Buddhists on the concept of language, and on word and its meaning. The standpoints of Sanskrit Rhetoricians and Poeticians have also not been left behind. There is ample scope both for modern and traditional Sanskrit scholars to give a serious consideration to some of the theories propounded in this volume, such as 'Panini was a sentence grammarian'.

The Sanskrit Parishad of South Delhi Campus, University of Delhi, happily places before the learned readers its third valuable publication 'Linguistic thought in Ancient India'. This is a compendium of the scholarly contributions read at the All India Seminar held at South Delhi Campus in the month of March 1983. A large number of scholars from the different parts of the country and from Delhi University made the Seminar a success by their active and lively participation in the form of papers, discussions and presidential remarks. The present volume consists of illuminating and thought provoking articles and covers a wide range of linguistic problems discussed and thought upon in ancient India. The authors of these articles, though having a divergent opinions in the field, provide a scope for new researches and throw a great deal of light on the linguistic speculations of ancient Indian thinkers. 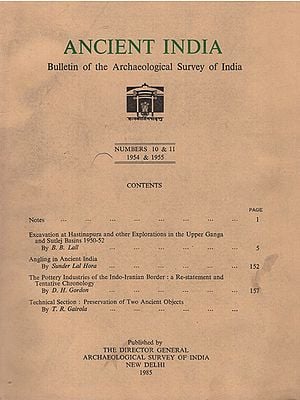 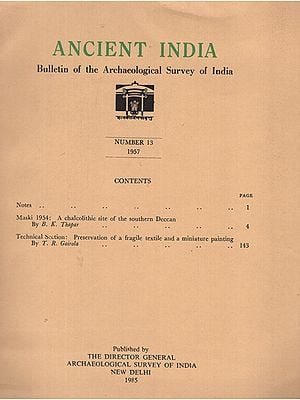 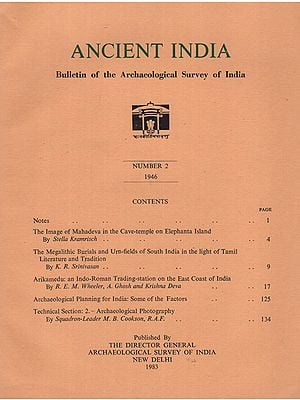 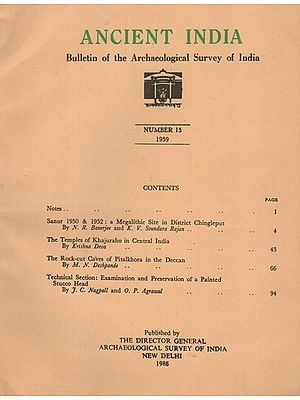 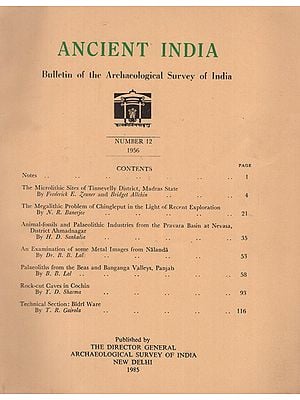 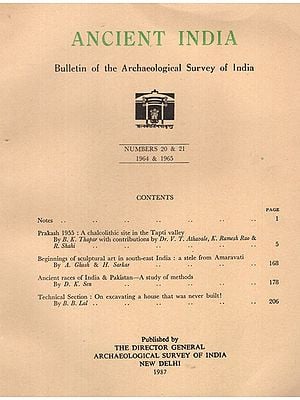 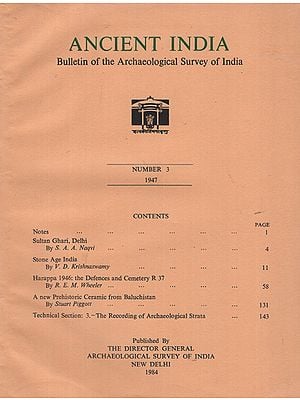 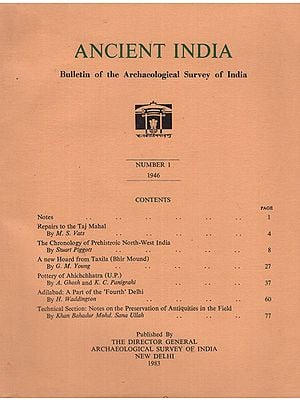