The book offers its readres an enlivening introduction to the various art forms exhibited in temples, mosques, caves, shrines and ancient monuments of India.

The author Vidya Dehejia takes us on a journey of rediscovery through a representative selection of sites from Elephanta on the West coast to Konarak on the East, from the Himalayan ranges in the North to srirangam in the South – all in the time span from 1st century B.C. to 18th century A.D. Due importance has been given to particular art sites and objects, in selecting monuments reflective of the art of different parts of the country. Each theme has been prefaced with a general introduction to its artistic style.

The book is richly illustrated, well researched and written in a vivid and lucid style, which speaks of the author's deep grasp of her subject.

INDIA is a land with a rich cultural and artistic heritage, and one with a religion that reaches back over 3000 years. Dotted all over this extensive country are remains of our ancient civilisation-of cities, temples and shrines of various kinds-all testifying to the glories of the past. Nearly all the artistic monuments of the pre-Muslim days are of a religious nature or were made for a religious purpose. Secular art must have existed, for ancient Indian literature tells us that kings lived in magnificent palaces, decorated with wall-paintings and sculptures. But all this has vanished. What has come down to us today is the religious art in the form of temples and sculptures of stone and images in metal-substances that have stood the test of time. We assume that the palaces of the rulers were built of brick and were decorated with wooden sculptures, all of which have perished in the hot humid climate of this country.

At the same time, it would be wrong to think that the religious monuments and images of our ancient times were the work of men inspired solely by religious fervour. Occasionally there must have been a craftsman inspired by religious emotion and a divine vision. But the bulk of India's ancient religious art came from the hands of secular craftsmen. These were men to whom sculpture and architecture was a profession. The craftsman was a member of a guild that would work for any patron, whether he was Hindu, Buddhist or Jain. On one occasion the sculptor might be asked to make an image of the Hindu god Vishnu, on another that of the Buddha and on a third occasion that of a Jain tirthankara. The craftsmen worked, of course, according to priestly instructions. When they were told to carve images of gods on a particular section of temple wall, they did so. When they were left to themselves to complete the decoration of particular wall or pillar, they filled it with the forms they loved and knew best. It is because of this we see so many figures of scantily-dressed women in provocative poses decorating various portions of our ancient temples. Nevertheless we can say that all the remains of our ancient art are of religious nature, in the sense that they form part of a religious structure, and that all the sculpture is to be found decorating a religious shrine.

It is only after the coming of the Muslims that the idea of art for its own sake first appears on any large scale. The Muslims built a large number of religious structures, but they also built tombs, forts and palaces of stone. In addition, they developed the art of painting to a remarkable degree. Paintings to illustrate manuscripts had begun in pre-Muslim days, but the Moghuls now provided a great stimulus to the art, and many non-religious books were illustrated with such paintings. Today, of course, modern sculpture and painting are purely art for its own sake-carved or painted because it has some special significance for the artist, or because it gives pleasure to both the artist and the viewer.

Whatever part of the country we live in, we have one or more famous artistic monuments in our vicinity. We usually take these for granted and regard them as part of the scenery. It is our intention to look more closely at these monuments. All of us have noticed, I'm sure that ancient Indian art has several unusual characteristics-unusual and peculiar to our twentieth-century eyes. We may have looked at relief carvings in stone belonging to the centuries B.C. such as those decorating the monuments at Sanchi, and we may have wondered how it is that the artists were so completely unable to depict depth or any three-dimensional effect. (Plate 4) Or, we may have looked at sculpted and painted scenes from mythology and commented on the fact that the main figure of a story is represented much larger than the surrounding figures, and somewhat out of proportion with the rest of the scene. (Plates 11, 14, 21) Or, we may have looked at frightening figures of the Tibetan gods and wondered how such images came into existence (Plates 57-59). There are reasons for these and other peculiarities. Sometimes, the answer lies in the religious environment in which the artists worked; sometimes in the material that they handled; sometimes in their craft tradition. Certainly, we can admire a work of art without a knowledge of any of these circum-stances. But to appreciate that art truly, it is necessary to understand the circumstances of its origin. And it is with this in mind that we shall be looking at ancient Indian art.

My choice of subjects for the chapters of this book has been governed mainly by the importance of the particular art sites and objects in themselves. At the same time, I have tried to choose monuments representative of the art of different parts of the country so that each one of you, wherever you live, might find one chapter at least that discusses a site in your area, and with which you are perhaps familiar. I owe a debt of gratitude to all those scholars who have written previously on the art and culture of our country, and from whom, over the years, I have imbibed much knowledge. Those whose views I have incorporated in any detail are accorded special recognition in the Notes and Acknowledgements at the end of the book. 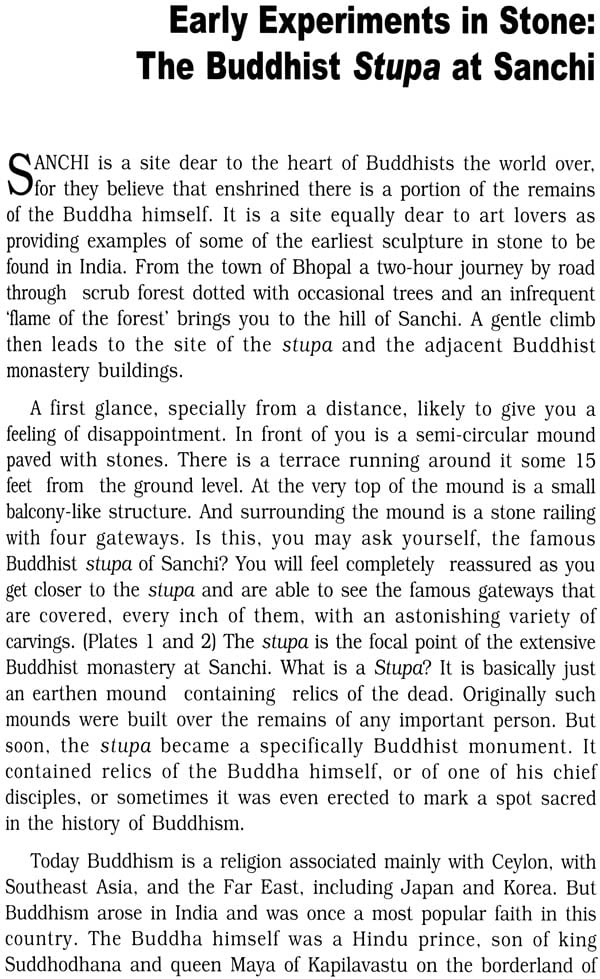 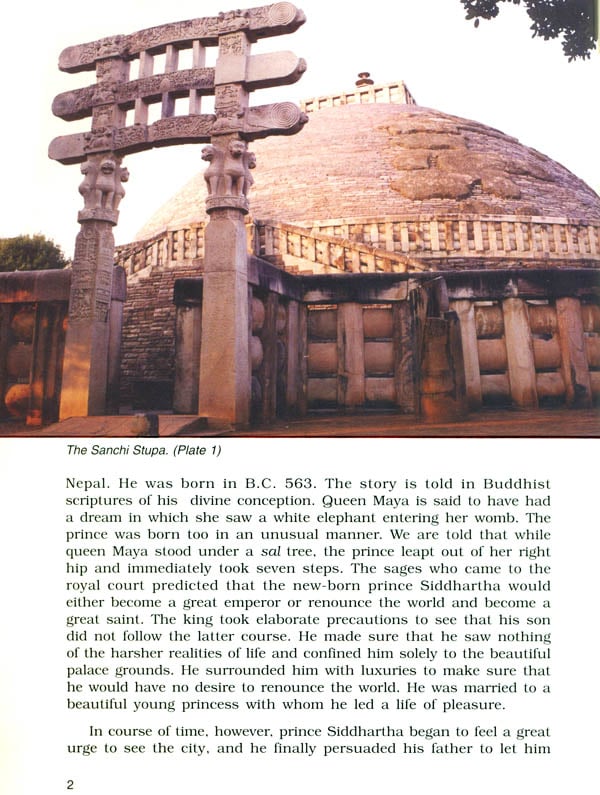 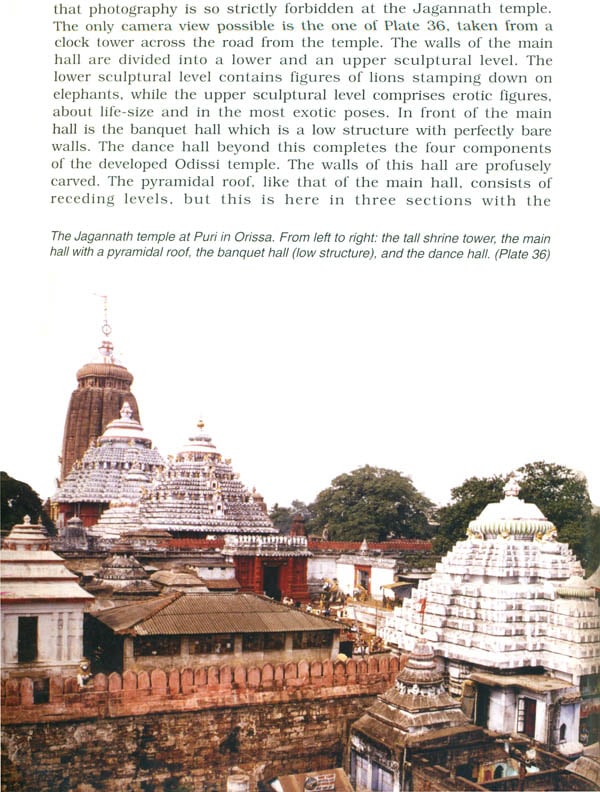 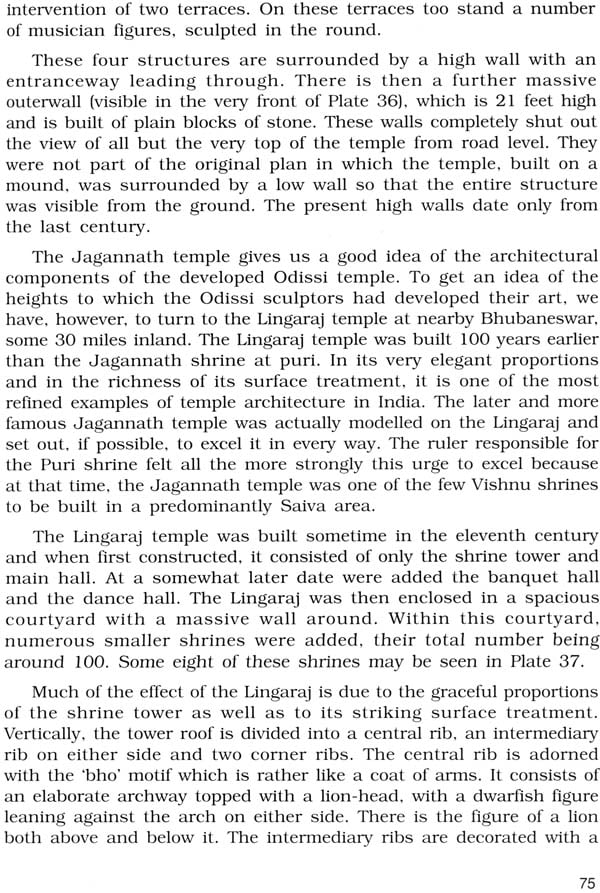 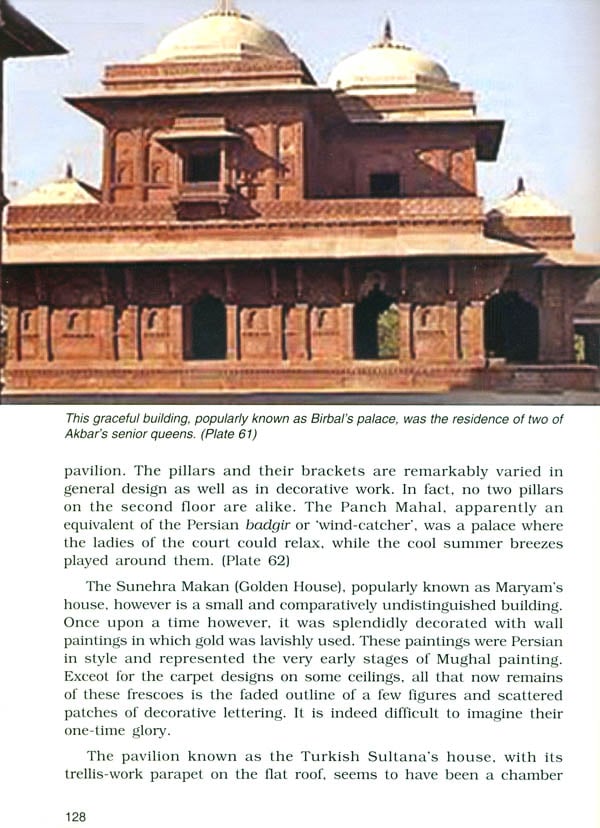 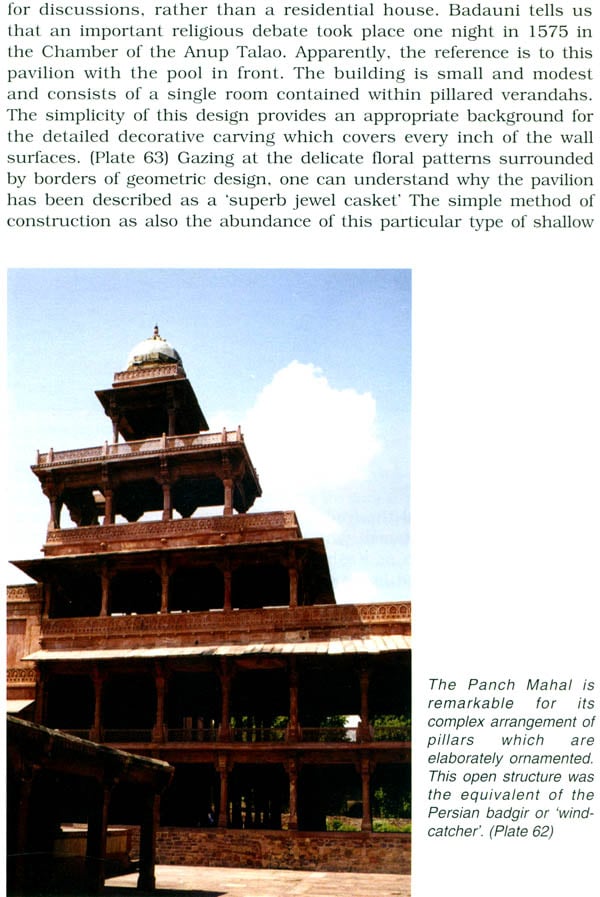 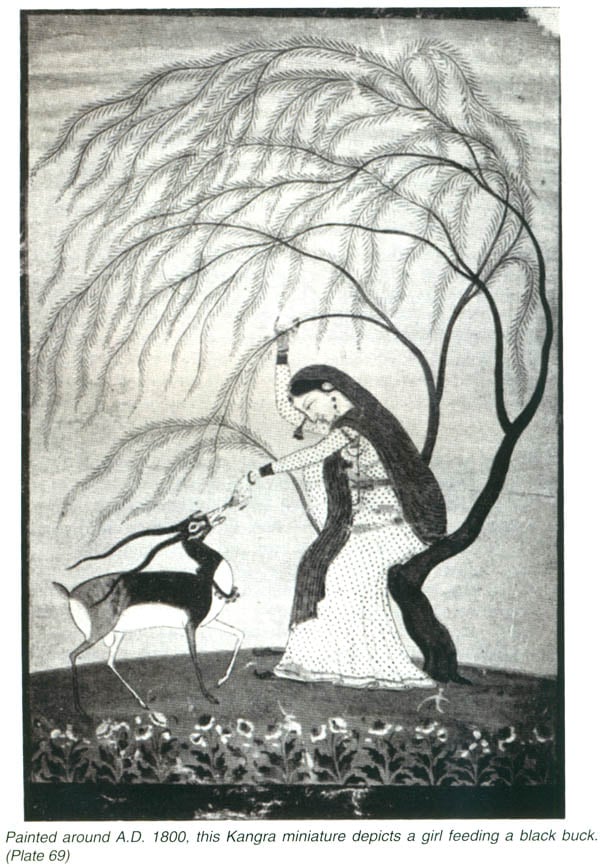 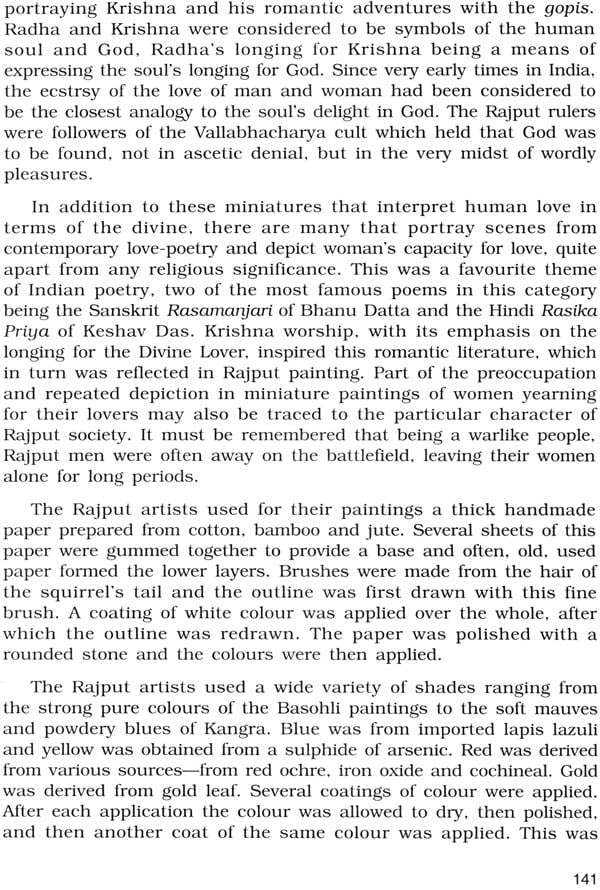 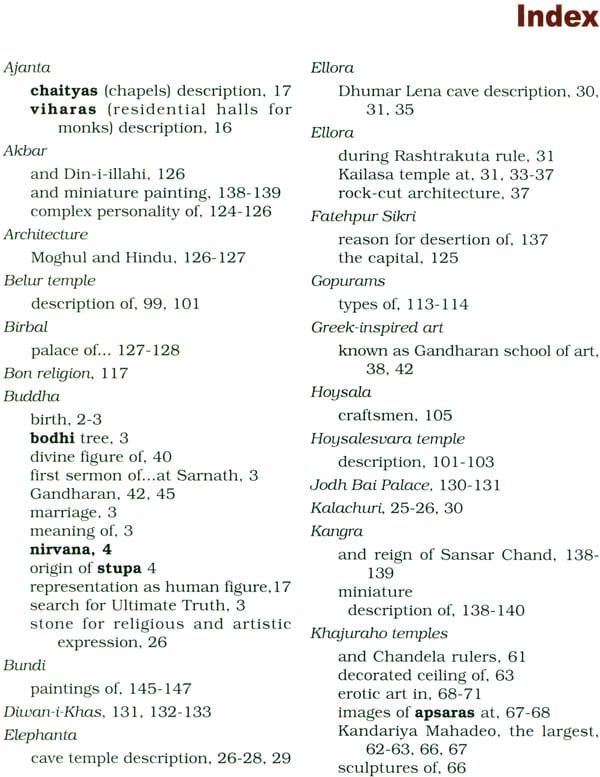 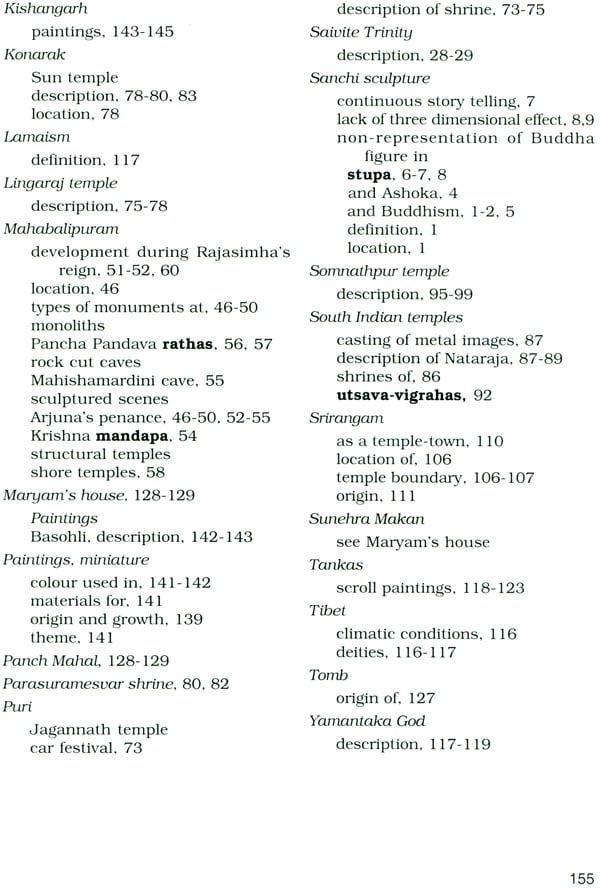 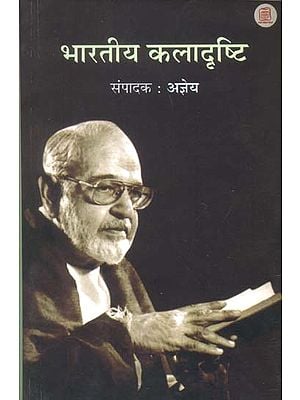 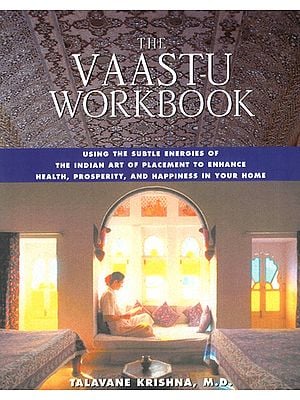 The Vaastu Workbook (Using The Subtle Energies of The Indian Art of Placement to Enhance Health, Prosperity and Happiness in Your Home)
By Talavane Krishna
$33
FREE Delivery

Mythical Animals In Indian Art
By K. Krishna Murthy
$17
Out of Stock 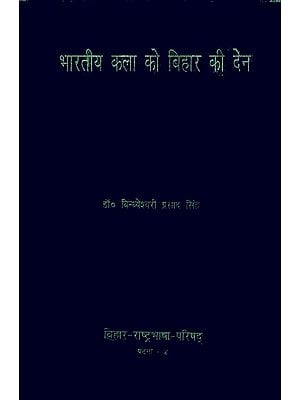