FREE Delivery
$39
Quantity
Ships in 1-3 days
Notify me when this item is available
About the Book
The book is an attempt to present the history and culture of ancient Anga Janapada on the basis of a very popular art of the region known as Manjusha Art the art of making and decorating baskets of offerings to Goddess Vishahari - a local name of Goddess Mansa -the foster daughter of Lord Siva. Manjusha Art is essentially local in its form and content intertwined with a very popular folk tale of Bhagalpur namely Bihula-Vishahari Gatha. The art includes activities like basketry, painting and body decoration. The painting mainly depicts Goddess Vishahari and different characters of the Bihula-Vishahari Gatha.
About the Authors
Dr. Rajiva Kumar Sinha is Professor in the University Department of AIHC & Archaeology, T.M. Bhagalpur University, Bhagalpur, (Bihar). Author of Geographical Factors in Early Indian Economy, Dr. Sinha has published about thirty five research papers in national and international Journals on socio-religious and economic history of early Bihar. He is one of the editor of Bodhi-Chakra, Journal of Buddhist History and Cultural, Buddha Sanskriti Kendra, Patna, Which he is also the Vice-President. He is also the Executive Editor of Asia-Prashant, Journal of Indian Congress of Asia and Pacific Studies Varanasi.

Preface
It is a matter of great pleasure for us to present the revised edition of this book within a short span of four years. In these four years we have learnt a great deal more by the way of criticism and suggestions of scholars. Further study of the local history has also helped us in collecting some fresh data. Our attempt here has been to incorporate the essentials of the new data and interpretations while retaining some of the older arguments where they are still relevant. Many ideas that were merely gleaned at in the earlier version have now been further drawn out. We have however stayed within the framework of the earlier book since we thought it was well received by the academic world.

We are conscious of the fact that this type of study involves a close interaction between History, Archaeology and Anthropology and is beset with severe constraints of methodology. Shortcomings, if any, in the book thus is entirely ours. We, however, hope that the revised edition will further define the contours of 'Manjusha Art' and help us in identifying its manifestation in terms of socio-economic and religious background and functions.

Prologue
In August 2004, after the rains, I was on a visit to the mound of ancient Champa about two k.m. west from our department, with some of my students for field study. Fortunately, Sri Jyotish Chandra Sharma, a local historian was also present. Sri Sharma has the privilege of accompanying a number of renowned archaeologists like Late Dr. B.P. Sinha, Dr. D.K. Chakraborty and Dr. Purushottam Singh to the site of Champa. His interest in local history is tremendous and he, very affectionately, invited us to his home for a cup of tea. It was there that he gifted me a copy of his monograph on 'Manjusha Art'. This was my first acquaintance with this art which involved making of colorful decorated baskets of offering to Goddess Vishahari, a local name of snake Goddess Mansa. The art appeared to me essentially local in its form and content and I directed some of my students to remain in touch with Sri Sharma and prepare their M.A. dissertation on Manjusha Art.

Manjusha art has often been referred to as 'snake paintings' by the westerns who consider it as Modern Art. W.G. Archer, an ICS officer who worked in different parts of Bihar between 1931 and 1948 first discovered this art for the outside world and compared it with the works of Picasso and Jackson Pollock. Archer, in fact, took some of these paintings to the India Office Library in London as part of the Archer Collection. Since then much water has flown in the Ganges. Manjusha Art has now become a hot selling cake with local print and electronic media giving it wide publicity. It was in such a scenario that Dr. O.P. Pandey, Curator, Bhagalpur Museum showed me about fifteen Manjusha Paintings done by Mrs. Chakraborty Devi and a three tiered fully decorated Manjusha. Dr. Pandey pointed out that manjusha art was closely associated with the popular angika folk tale of Bihula and Vishahari. Since then both of us started working on this art. The result is before you in the form of book.

While working on the book we were benefitted by a number of persons in one way or the other. Sri Rajesh Srivastava, Secretary, Angika Development Society was the source of our inspiration and we find it difficult to acknowledge gifts of help and encouragement bestowed by him. Dr. A.K. Singh, Professor of Arts in B.H.U., Varanasi graciously agreed to discuss the subject and technique of the manjusha art and we are obliged to him. Prof. R.K. Shiromani of the University Department of English, T.M. Bhagalpur University, Bhagalpur affectionately allowed us to utilise some of his English translation of angika folk songs related to Bihula-Vishahari Gatha and we are indebted to him.

We are thankful to Sri Mayank Nikunj and Miss Smita Rajshree for helping us in getting the Gatha translated into English. Sri Jyotish Chandra Sharma, Dr. Santwana Sah and Sri Bijay Kumar Das were always there to help us whenever we fumbled with either the spirit of the Gatha or with angika words, and we feel obliged to them.

We are thankful to Professor Shyam Sharma, Retired of Fine Arts, Patna University, Patna, Dr. Amarendra of Bhagalpur and Sri Shekhar of Ranchi for their valuable comments and suggestions. Mr. Ajit Kr. Jha and Mr. Dilip Kumar, local photo-journalists, allowed us to use some of their personal photographs of manjusha paintings and we are obliged to them.

Introduction
A historical study is not a juxtaposition of events lined up as political, social, economic, religious, technological, environmental and other histories. Events in turn are also not the result of a well thought, _ planned or logical exercise. Historical analysis therefore requires not only recognizing the events but also relating them to a whole in a manner that determines what causes events, and formulating an explanation.' Most often historical studies are influenced by sentiments, ideology, theories and the methods and tools of study adopted for the analysis. As such a considerable gap exists between the actual events and the written history.' This raises the fundamental question as to how to recognise the events and collect source material for its study. The answer lies in a systematic study of regional history within the broader framework of national history. Regional history3 has a special justification in our country. It is very difficult to find a central national theme in a country of continental dimension. India is known as a land of unity in diversity. Unity of the country is often invisible, but the diversity is quite obvious and palpable. It lies on the surface and is easily perceived.

In the context of Early Indian History the problem of oral and the when the gatha took its present form is difficult to fix. The Gatha and songs are in angika language which is the local dialect of Bhagalpur and its adjoining areas. Scholars have tried to trace the origin of Angika from the Middle Indo-Aryan language loosely called Prakrit. A simplified and colloquial form of it called Avahattha (i.e. Apabhrasta) was the direct ancestor of the Eastern New Indo-Aryan languages. This literary Apabhramsa-Avahatta is known to us by a mass of literary records. From a study of them, it is evident that it had local forms in the separate regions of the country. These regional forms gave rise to different Eastern Indo-Aryan dialects some time about A.D. 1000.44 This has been accepted as the starting point in the career of the new Indo-Aryan language in Eastern India and Angika was perhaps one such language. The word Angika evolved from 'Anga' i.e. part of body. In local parlance it means a piece of garment that tightly fits on the body. The famous and one of the earliest Mahayana Text Lalitavistara (first century A.D.) in its chapter X45 provides a list of sixty four scripts in which 'Angi lipi' i.e. the script of Anga is placed at the fourth place. This has tempted local scholars to equate 'Angika' with 'Prachya' of Ardamagadhi47 branches of Prakrit. Trace of Angika has been found in the Siddhacharya Padas also known as 'Charyapadas' extending over a period .from A.D. 8th to A.D. 12th centuries.48 Most of the earliest composer of Charyapadas like Sarahapad, Sabrapa, Dharmapa, Champapa and Lucikpa were from the Anga region. Rahul Sankrityayan in his work on Siddha literature has indicated that the Siddha literature was composed in the language that was in vogue in the Bhagalpur region when Vikramshila Mahavihara was flourishing. In fact it was Rahul Sankrityayan who gave the name Angika to the language.

Outside the charyapadas, we have no indication of the state of vernacular prior to A.D. 1200. Geographically, Bhagalpur lies in a kind of crossroads between the Middle Ganga plain and the Bengal delta and several cultures criss-crosses it from all directions. In such a situation Ardhamagadhi branch of Prakrit, which came in vogue during the age of Buddha, was still the language in use. Sanskrit, however, continued to be the language par excellence.5° for the time being if we accept that Angika emerged as a local variety of the new Indo-Aryan vernacular language during the age of Sidhacharyas it still remained to be dominated by the Ardhamagadhi and its existence was insignificant. Angika language nevertheless was embedded in the masses particularly among the lower classes. 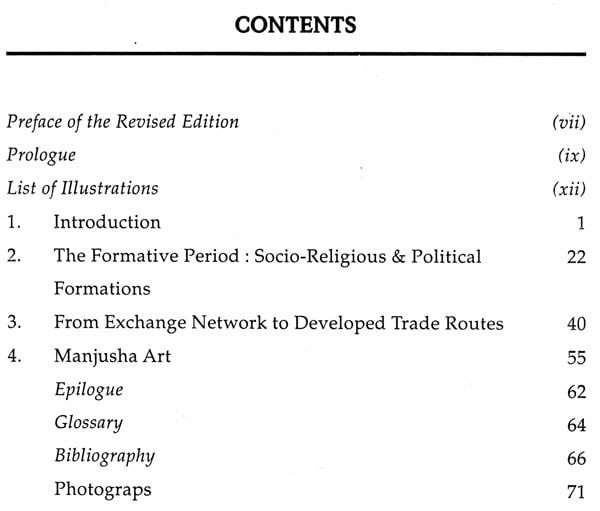 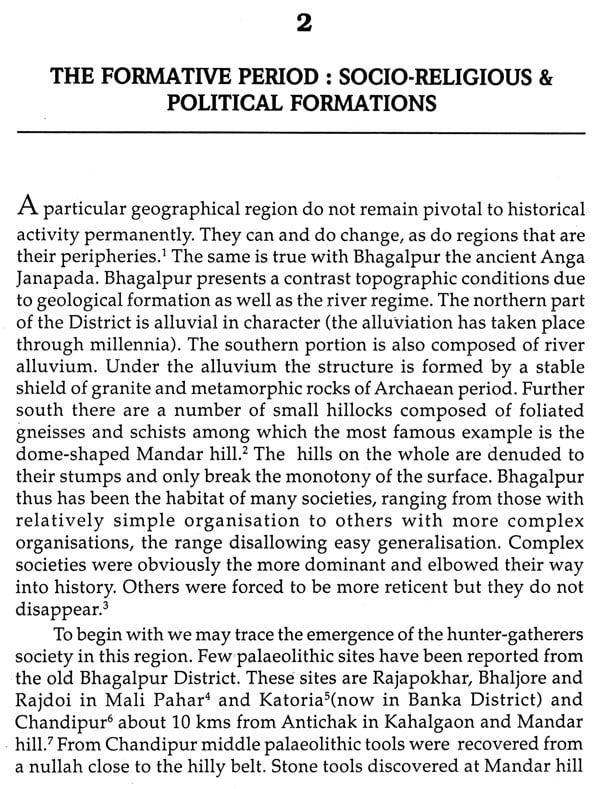 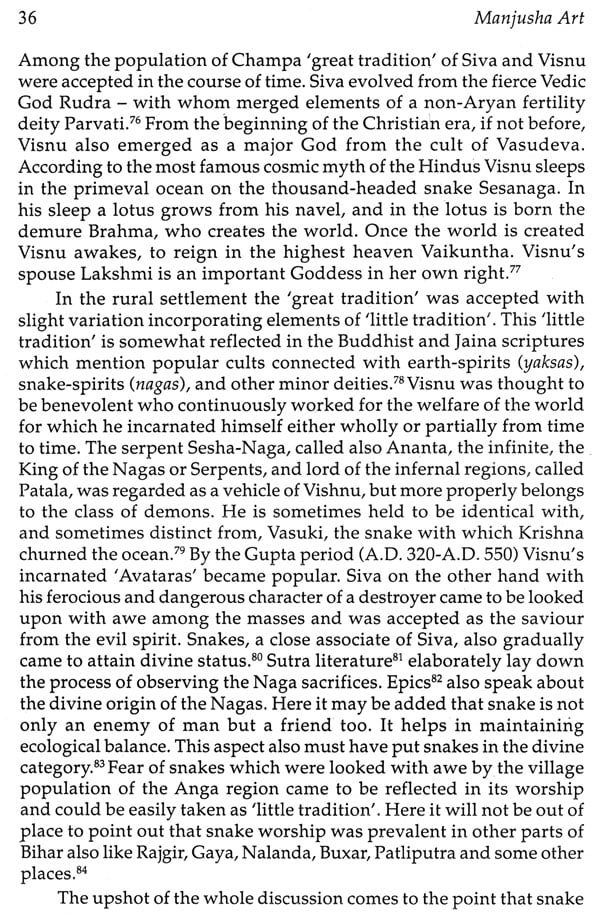 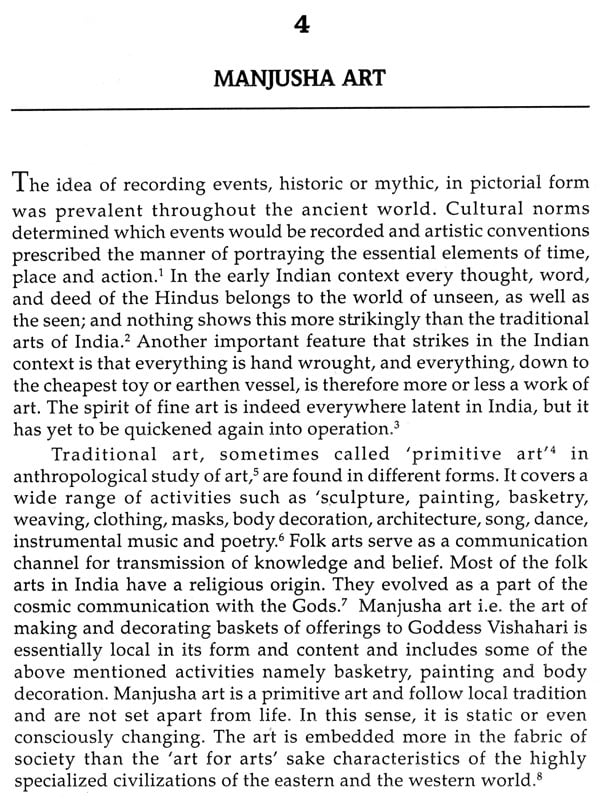 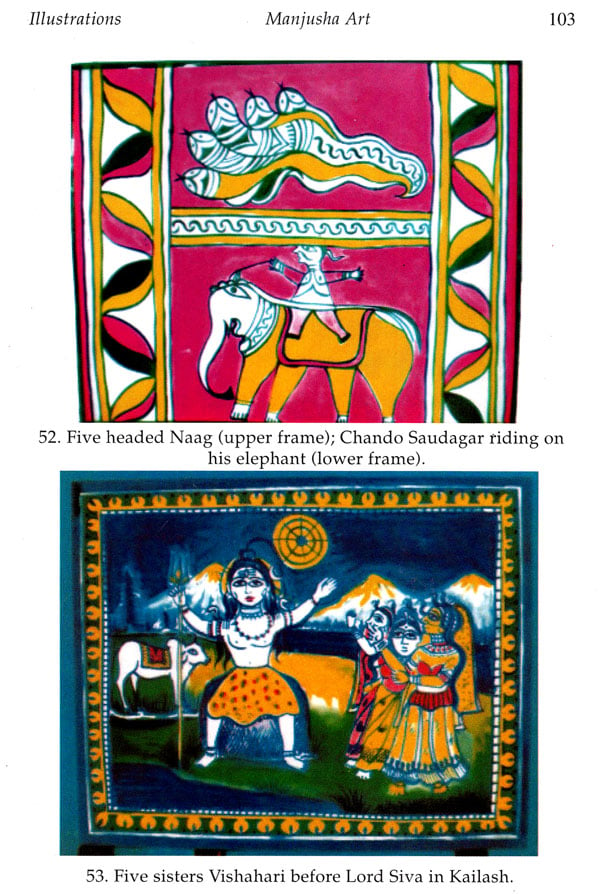 Impact of Tantra on Religion and Art
By T.N. Mishra
$31
FREE Delivery PROCEEDINGS OF INDIAN ART HISTORY CONGRESS
By Ed. By. C. P. Sinha & U. C. Dwivedi
$39
Out of Stock The Vastuvidyasastra and Citrakarmasastra Ascribed to Manjusri (Set of Two Volumes)
By E.W. Marasinghe
$52
FREE Delivery