A Medical Understanding of Yoga 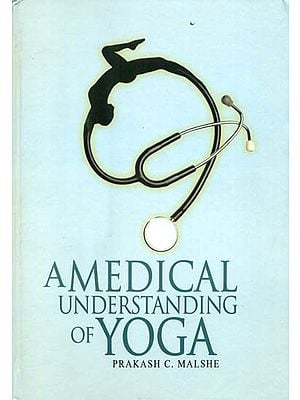 $41.00
Notify me when this item is available
Save to Wishlist Send as E-card Share by Email
About The Book

The present book is a result of long years of personal involvement in yoga coupled with the Scientific curiosity and the desire to share any revelations that have occurred to him. Hypoxia as a mediating mechanism of beneficial effects of Pranayama, Suryanamaskara as the technique for filling the intestines with air, voluntary activation of the Sympathetic nervous system and concept like 'The Protein Myth' are but a few of them.

Dr. Prakash Chintamani Malshe, M.D., P.G.D.Y.M., RYT-500 is a medical graduate of M.G.M. Medical College, Indore (M.P., India). His que t for in-depth know ledge of Yoga led him to attend a Yoga camp guided by Swami Adhyatmananda of Divine Life Society, Rishikesh in the year 1986, from where his journey in Yoga started. He then studied the original scripture especially Hatha Pradipika, Gheranda Samhita and Siva Svarodaya published by Kaivalyadhama, Lonavla. His background of medical anatomy and physiology led him to unravel several facts that were not known to either the yogis who mastered them or to medical doctors who simply refused to go the way of Yoga. His constant practice of Yoga and Meditation enabled him to see the hidden meanings of several yogic techniques, which are explained in this book.

For centuries Yoga has been taught and practised in India. It has been a part of religion and culture and for some, a family tradition. Yoga has been defined by certain' scholars as the most scientific way to achieve the ultimate: what has been termed variously as enlightenment or realization of God.

Commonly we are supposed to accept the religious teachings as they are taught; without questioning or reasoning. One is supposed to have faith and lead a religious life accordingly.

In its complete form, yoga has eight limbs (Astanga yoga), namely, Yama, Niyama, Asana, Pranayama, Pratyahara, Dharana, Dhyana and Samadhi. It is Samadhi -the ultimate state- which every follower of Yoga craves to achieve, or should crave for and should settle for nothing less, the Yoga gurus say.

A variety of achievements have been described in the scriptures known as siddhis like anima, laghima, mahima, etc; referring to the magical powers of getting smaller or larger and moving with speed of wind and so on; but I have never seen or heard of anyone achieving any of these. Who will like to make a lifetime effort to attempt to achieve those siddhis which we do not believe to be of much use?

In today's changed scenario of the world, which has more physical or material inclination than spiritual, Yoga has found its value because we have seen that with regular practice of Asanas, Mudras and Pranayama one can maintain good bodily health and can probably live longer. There are also certain bodily ailments in which Yogic practices can help the patient stay fit for several years without medicines. Diabetes mellitus, hyperlipidemias, acid-peptic disease, hypertension and coronary artery disease are a few of them. Yogic practices have alleviated the sufferings of thousands of persons suffering from arthritis, chronic bowel problems, asthma, bronchiectasis, migraine, insomnia and psychiatric problems such as depression. These have proved sufficient incentives to pursue Yoga for us today in the modern world. We have selected the useful aspect of Yoga namely Hatha- yoga (the physical aspect of yoga) without feeling compelled to pursue the higher spiritual goals, i.e; the state of enlightenment which is rather subtle and relatively difficult to attain.

The discipline of Yoga has its own explanations of the structure and functioning of the human body- commonly described in books as 'Anatomy and Physiology of Yoga' or 'Yogic Physiology'. There one finds description of the six 'Cakras' or energy points as they are commonly referred to but whose existence is only imaginary. I shall explain them as under: While studying astronomy we commonly draw the planets and their orbits around the Sun. We have separate orbits of the earth around the Sun and the orbit of the Moon around the earth. The points where these two cross each other are called 'nodal points' -the Rahu and the Ketu in Indian Astronomy- and their movements are useful for calculations of timings of solar and lunar eclipses. The nodal points exist as simply concepts having no physical existence of their own. If we go in the celestial space in a spacecraft, we do not find the existence of any of these orbits or nodal points. In the same way, the diagrams of the 6 cakras and the various nadis might have been concepts useful to explain various physiological phenomena. The concepts such as those of an 'astral body', 'causal body', 'kundalini', cakras, nadis etc., are all abstract and have not been seen in the first hand study by dissection on cadavers and by the study of Physiology by direct experimentations, either on animals or on humans.

Now that the neurochemical connections of the various parts of our nervous system are parts of standard medical teaching, it is time to think if there is any way to explain the mechanisms which lead to the beneficial effects of Yoga without using the Yogic concepts of Sat-Cakras (6 plexuses) and keeping in mind the modern Anatomy and Physiology?

The present work is an effort to answer these questions. The author does not beg the reader to just believe or have faith but offers scientific explanations of the principles that may underly the beneficial effects of yoga so that the reader can get convinced about their efficacy. Here I have tried to refrain from using such terms as 'pranic energy', 'detoxification' ,'purification' etc. which have no foundation in modern science, and irk authors like Joseph S. Alter'.

The question left unanswered here is whether the Asanas and Pranayamas as described will benefit the aspirant even if performed without faith? Although the stand here is that all that relates to the body is purely physical and there is nothing metaphysical or mystical; we shall also discuss the value of faith, inasmuch as it motivates one to follow a certain course of action regularly. That is why such a following is called 'religious'.

This book is not just another 'cut-and-paste' publication. The reader will realize that it contains several discoveries- facts and revelations regarding the mechanism of action of Yogic practices that are being revealed for the first time to the world. Some of them are so important, I am sure that they will have far-reaching consequences in our understanding of some aspects of human physiology at large. For example, voluntary activation of the sympathetic nervous system, which, till date is considered as totally autonomous; and Physiologists think we have no control on its activity. The reader will learn for the first time that one can activate ones sympathetic nervous system. With the practice of mulabandha, it is possible to increase the heart rate, elevate the blood pressure and even dilate the pupils. (The reader can find a demonstration of voluntary dilatation of pupil by the author by searching on the internet.) The method can have direct impact upon how we deal with some medical conditions like vasomotor rhinitis, nasal congestion and bronchoconstriction, just to name a few. Just imagine: here is a knowhow to acquire a tool that pumps endogenous adrenaline into our system! We shall discuss this in the appropriate chapter.

The first edition of 'Yoga Book for Doctors' was published in the year 2005. Thereafter in 2007, a booklet "Drink Air, Stay Fit" was published in which, for the first time, importance of filling the intestines with air was discussed, and three benefits of drinking air were described in detail. A new definition was given to Suryanamaskara- the ancient traditional practice of prostration before the Sun (Sun Salutation). Some yoga gurus consider it as a part of Yoga while others have rejected it totally, considering it simply as a form of physical exercise. The controversy should now stand to be solved for ever with the author providing convincing arguments to this new definition that it is a sequence of postures aimed at filling the intestines with air, for the Yogic procedures of Vata-Sara (Cleansing the gut with air) and Plavani (Staying afloat in water). Like any new concept, like the roundness of the earth, it is likely to take a long time to get widely accepted. 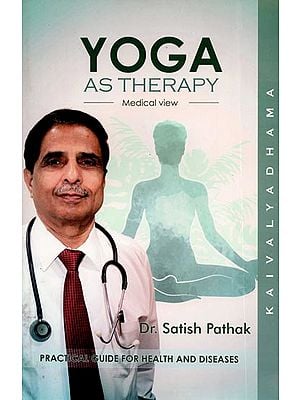 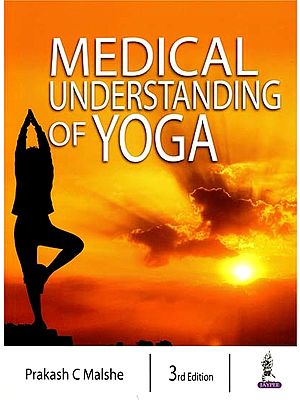 Yog In Synergy with Medical Science
By Acharya Balkrishna
$28.50 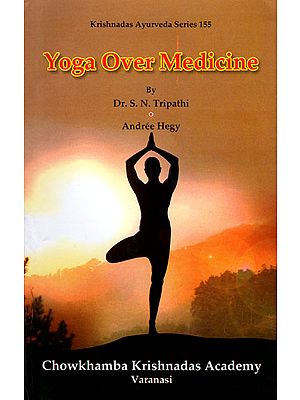 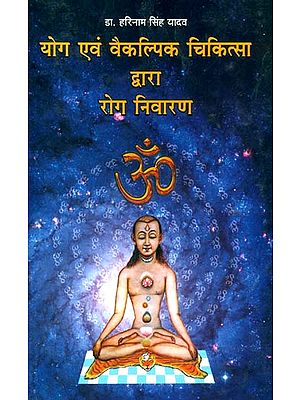 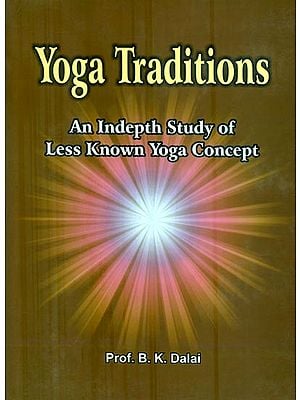 Textbook of Yoga: The Best-selling classic on the healing powers of yoga
By Yogeswar
$36.00

Raja Yoga: Yoga of Meditation - A Means for Freedom from Suffering
By O. R. Krishnaswami
$31.00

The Essence of Yoga: Reflections on the Yoga-Sutras of Patanjali
By Bernard Bouanchaud
$33.00