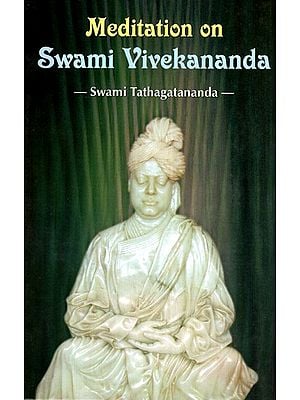 Since the advent of Shri Ramakrishna on the spiritual horizon of mankind, a new epoch of spiritual fraternity has been steadily unfolding. The West has been evincing its keen interest in the ancient truth of Indian heritage. Shri Ramakrishna proclaimed the fundamental unity of all religions to a world plagued by hostility, disharmony and persecution, all in the name of religion. Various dogmatic theologies and their anti-rational and anti-humanistic attitudes denigrated the image of religion. Religious truths and categories like God, Soul and immortality lost their reality and made religion a mockery. Religion itself was finally abandoned in the modern period.

Into that bleak, hostile world, Swami Vivekananda preached the sublime truth of Vedanta, the philosophic system of the Upanishads. Vedantic idealism brings a new perspective in making the motive of spiritual harmony a fundamental and supreme fact of life. Truth is one it can be approached by different methods. Swami Vivekananda, with his vast spiritual experience and universal outlook, proclaimed in the West that the infinite can be realized in diverse ways, and thereby became an epoch maker of religious fraternity. Vedanta has permeated the modern mind with its catholicity, universality and spiritual unity.

A new spirit of universality has dawned upon the world. Our present age is pressing this truth home. This great intellectual system of the world as enshrined in Vedanta has cast its charming spell on the modern mind. Vedanta aims at the development of individual life in all its phases, culminating in one's crowning spiritual achievement. It does not advocate mere adherence; it encourages discrimination, intellectual comprehension and meditation.

Great personages like Swami Vivekananda are born rarely; their lives and words are simple, but so profound and powerful that deep thought and meditation on even a small incident or idea will suffice to transform a person totally. To understand the spirit of Swamiji's life and words, we need proper attention and deep thinking. The present work, Meditation on Swami Vivekananda, is an attempt by Swami Tathagatananda to inspire its readers to understand Swamiji and his universal ideas. The book, containing articles written on different occasions, is sure to bring home some of Swamiji's basic thoughts.

I hope Meditation on Swami Vivekananda will be well received by readers, enabling them to go deep into Swamiji's ideas and ideals. 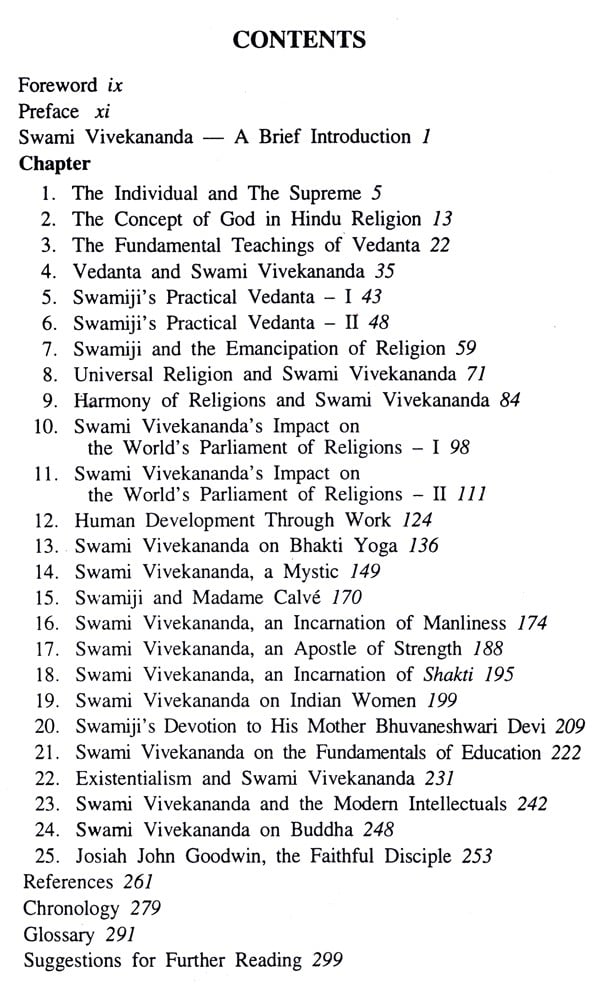 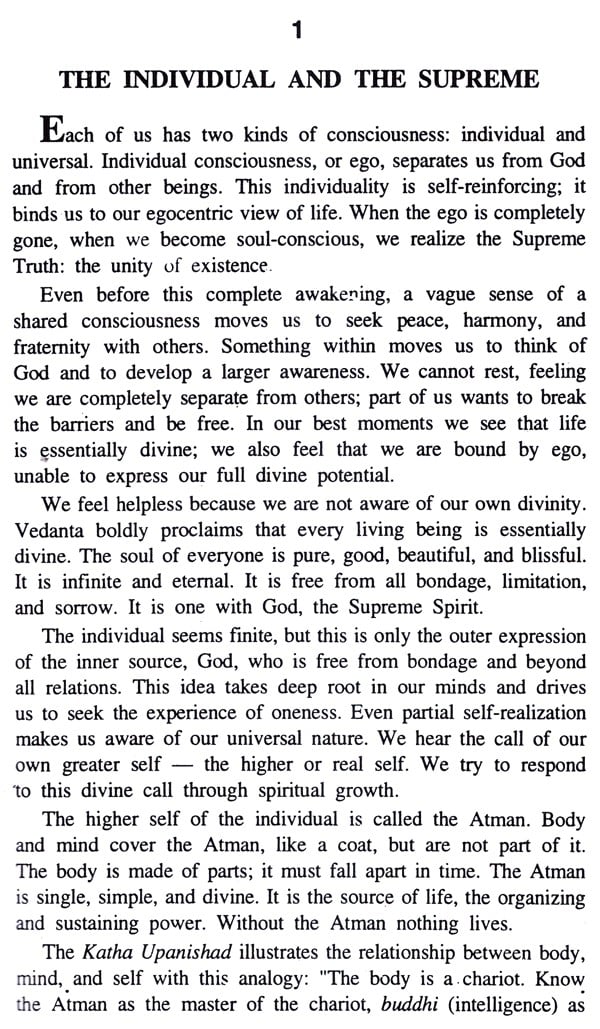 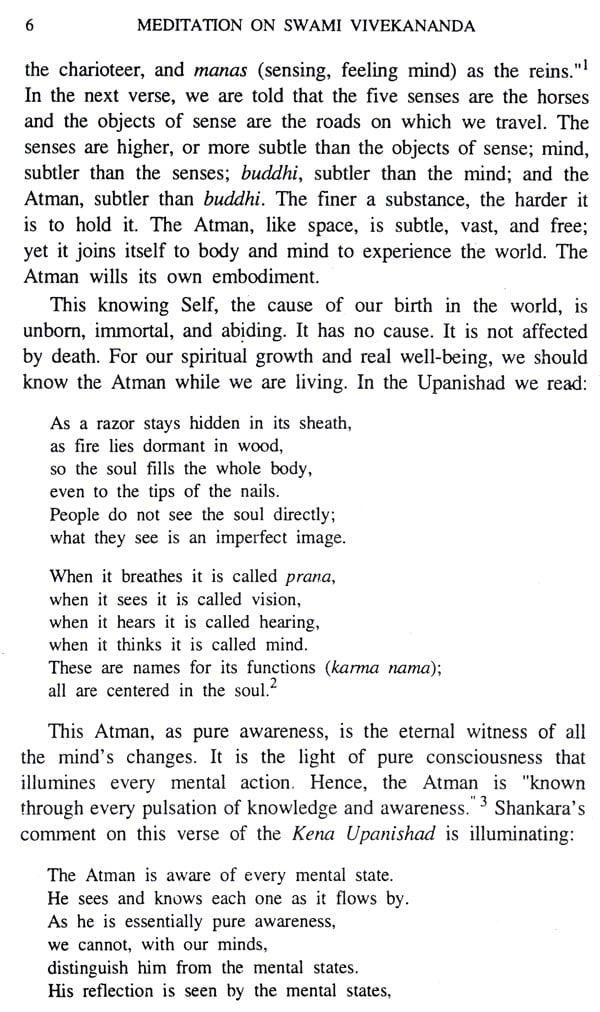 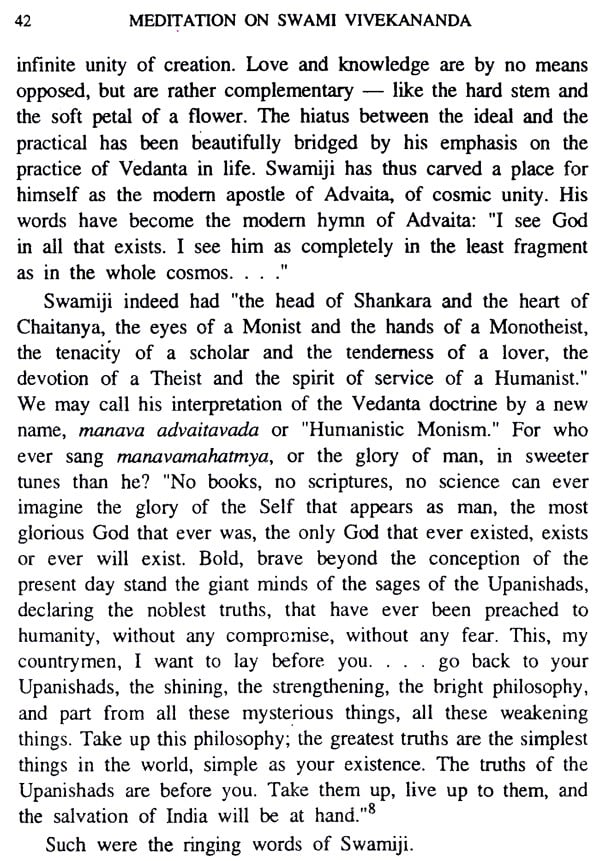 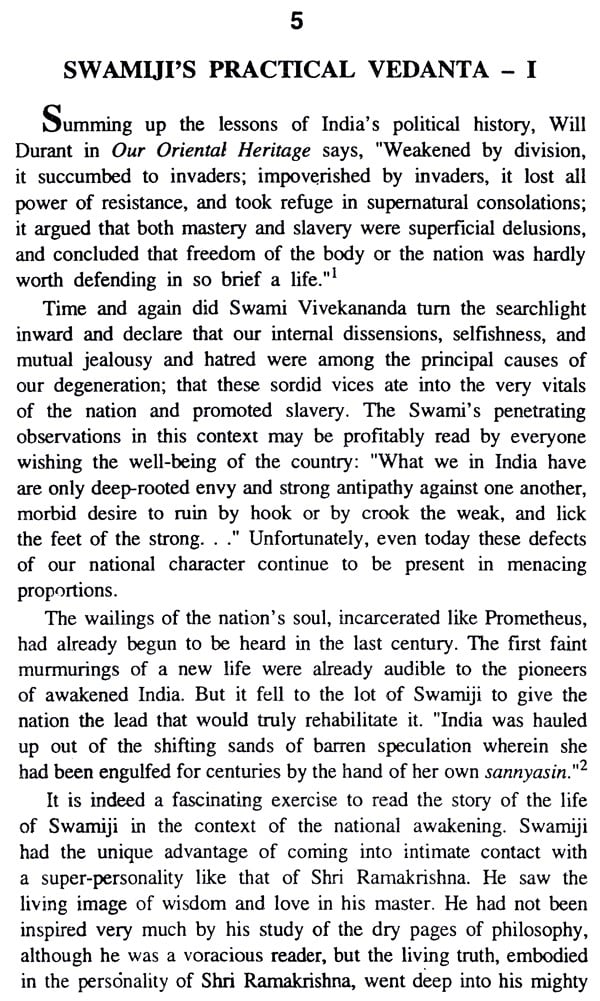 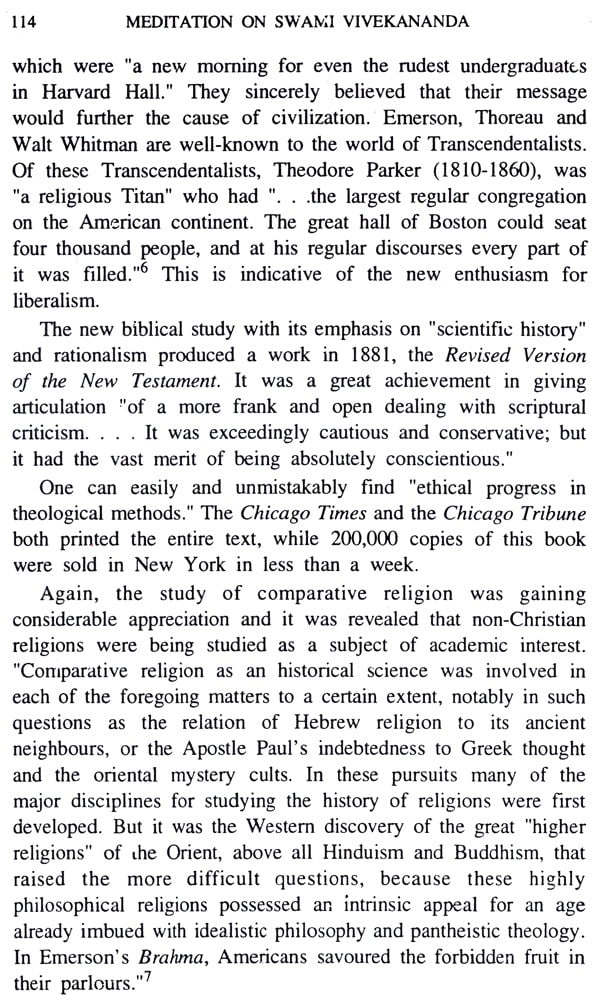 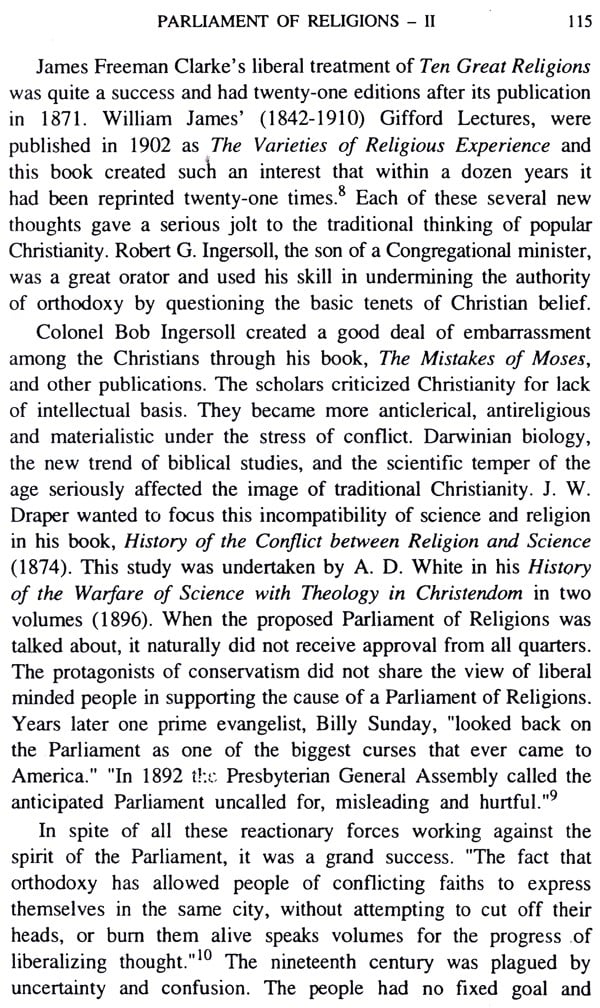 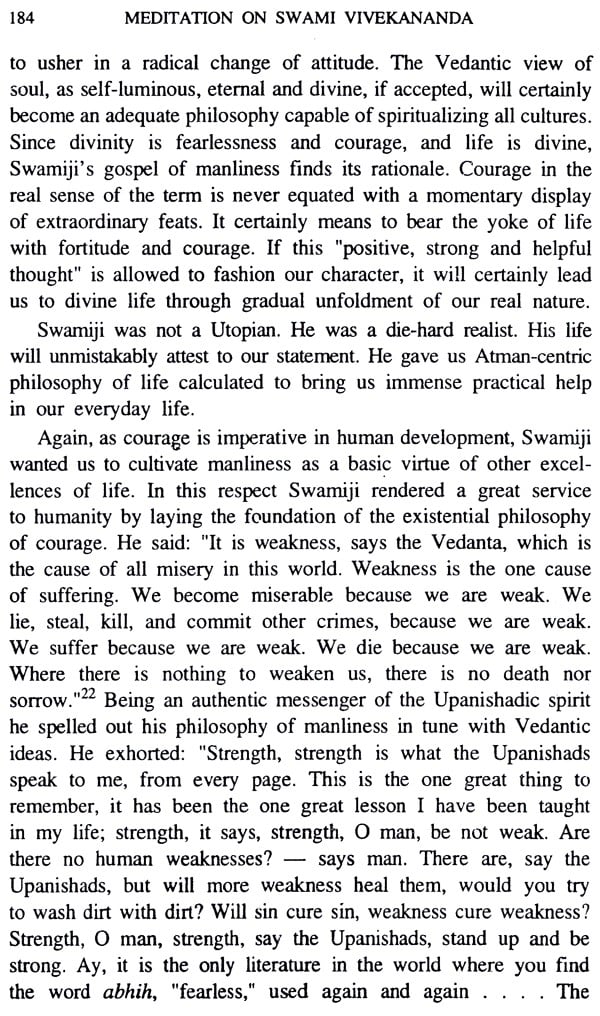 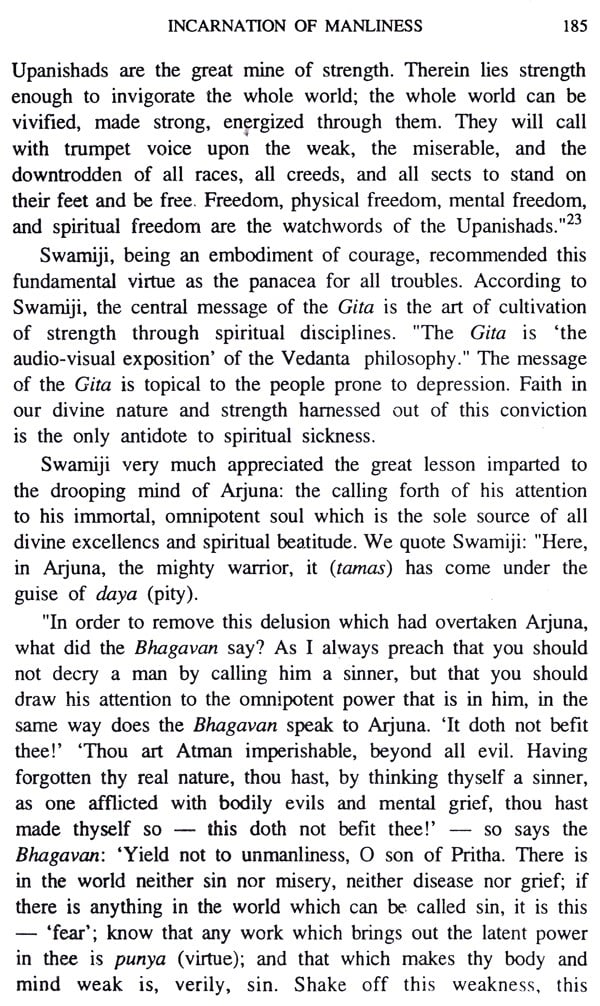 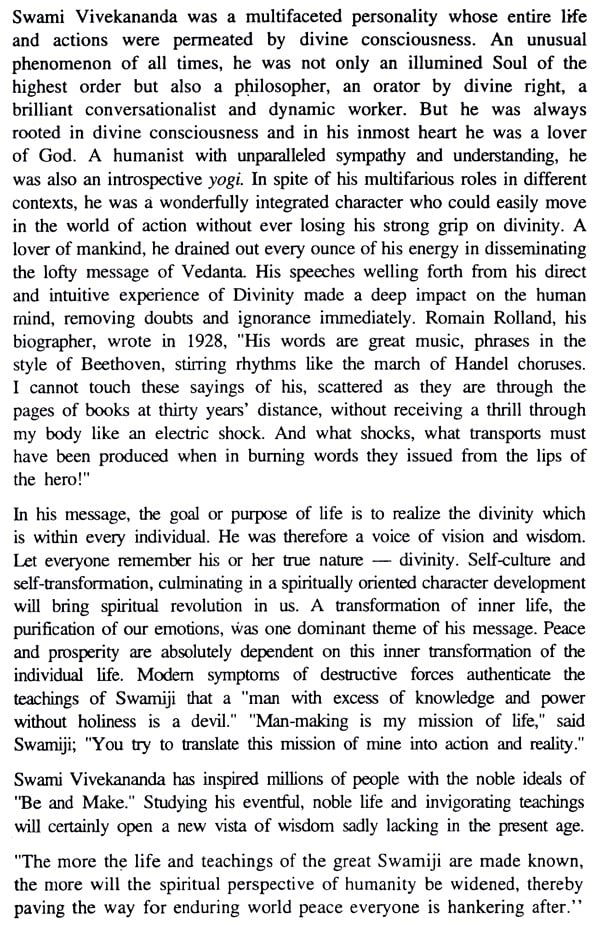 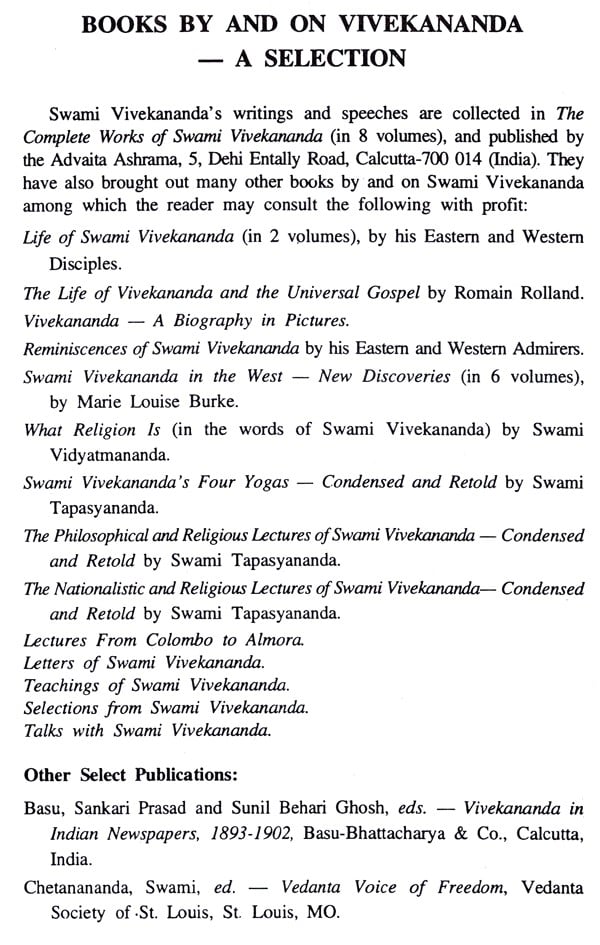