Menopausal Palestine (Woman at The Edge)

SUAD AMIRY is an architect, and Founder-Director of RIWAQ: the Centre for Architectural Conservation in Ramallah. After growing up between Amman, Damascus, Beirut and Cairo, she went on to study architecture at the American University of Beirut and the Universities of Michigan and Edinburgh.

Amiry has been living in Ramallah since 1981; she participated in the 1991-1993 Israeli-Palestinian Peace negotiations in Washington. She won Italy's prestigious Viareggio-Versilia Prize in 2004, and her first book, Sharon and My Mother-in-Lawwas long-listed for the Lettre Ulysses Award for Reportage. Her most recent publication is Murad, Murad.

Unlike my previous two books, Sharon and My Mother-in-Law and Se Questa e' Vita which were basically about myself (since mothers-in-law and husbands don't really count), this book is about others.

While the mounting pressures of Sharon's army and my mother-in-law forced me to write the first two books, it was my personal shock, utter disappointment and deep sadness at having a fundamentalist religious party win the 2006 elections in Palestine, that hard-pressed me to write this one.

Though neither a feminist nor a lesbian yet, I had contemplated writing about my women friends for quite a while, partly as an expression of who I am, and partly as a manifestation of what I wanted to be, but couldn't. Our combined lives, experiences and childhood memories spanned, time-wise, from World War II to the Hamas election. And space-wise, from Boston and Ohio in the US to Como and Villadossola in Italy, Ankara, Nicosia, Rommani, Cairo, Alexandria, Beirut, Damascus, Aleppo, Amman, Jerusalem, Nablus, Bethlehem and Ramallah, where we all now live And events-wise, from Abdul Nasser and Arab nationalism to the 1967 war; from the PLO golden age in Lebanon to its 1982 expulsion; from the 1987 first Intifada to the euphoria of the 1993 Oslo Peace Accord; from the coming home of diaspora Palestinians to the forming of the Palestinian Authority; from Arafat's three-year siege to his death in November, 2004; and from Hamas' 'victory' to Israel's summer war of 2006 in Lebanon.

Some of the women are of the Sixties generation, which I unfortunately missed by only a few years: "Don't worry, Suad, as they say, if you remember the Sixties you weren't there," said my truly Sixties friend, Ann, when I expressed regret for not taking part, and hence not recalling much of that decade, as I was `schoolholic', and Amman, where I grew up, was not exactly Paris. But regardless of age, we were all of the PLO generation (1964-2006). It was Palestine or its absence which formed the centrifugal force around which our separate individual lives revolved ... slowly interlinked at different times, in different places ... to ultimately intertwine and intermingle in Ramallah. But for most, it was the beautiful, fated Mediterranean city of Beirut (which is being bombarded once again, as I write these lines) that embraced us and bestowed on us our first encounters: first love, first sex, first degree, first revolution, first dream, first rebellion, first everlasting involvement, first military practice, first ... first ... Unlike Palestine, Beirut gave to a great extent, but sorrowfully never got as much in return.

One thing I do know for sure is that we shared a past and unfulfilled dreams and aspirations; the glorious past was certainly ours, but sadly the future of troubled Palestine and the increasingly fragmented Middle East, is neither mine nor theirs.

"It is not fair to have Hamas win the elections; we already have enough anxieties, uncertainties and apprehensions in our personal and public lives, we can't possibly take more." It was this astute observation of my intensely menopausal friend, Varda, that made me realise the obscure relationship between my troubled menopausal women friends and my no-longer-friendly Palestine or what I purposely chose to call Menopausal Palestine.

It was Varda who alerted me that my larger-than-life and under-the-skin reaction to it all may have to do with my own middle-age crisis. Four days after Hamas won the elections, Varda together with Ann, came to visit me at home on an impossible mission: to get me out of the house, out of my depression, but also out to cope with the new realities whereby Israel's separation wall confined us (chambered us) and Hamas blew at the last candle. I had spent five consecutive days hiding at home mourning Hamas' victory, or more accurately: mourning my/our personal, political and social defeat. I somehow took things to heart and hence was totally overtaken by a deep sense of anger, but also a deep sense of loss; I was mourning the loss of my personal way of life, the society I wanted to live in, the loss of a barely-existing hope for a free Palestine, the loss of touch with my diverse Arab and Mediterranean cultures, and most importantly what I, my mother, my father, my family, my friends, my generation and many others stood for: secularism and pluralism which is now being 'democratically' replaced by 'global religious fundamentalism' and 'local nationalism'.

It took me a month or two to come to terms (honestly, I never did) with the fact that Hamas' victory was only a materialisation of our failures. A strong sense of estrangement and alienation took hold of me. I no longer knew who I am (we are) and what I (we) represent.

All I know is that for now, neither the place nor the time is ours.

In order to get hold of who I am I decided to write a book about my women friends, the `typical'women of my generation.

"But you're not a typical Arab or Moslem woman."

"I am 'typical' of who I am: a woman of a certain time in a certain place from a certain class," is my agitated answer to a more and more frequently asked (or stated) question in the western world, where all stereotypes are politically-manufactured. All I know is that I have lived 52 of my 55 years between Amman, Damascus, Beirut, Cairo, half of which have been in occupied, dwindling Palestine.

I never understood what 'typical' really meant, but one thing I know: I am not 'typical' of their 'stereotyping'.

However, I must add that what distresses me most is that since the second birth of Christ: September Eleven, we (Palestinians, Arabs and Moslems) have so far successfully played our 'role' by living up to their stereotyping.

But I also realise that writing a book about 'us' is an indirect acknowledgement that we are no more: for 'documentation' in itself recognises the end of a reality: the end of a generation; the end of an era; and the end of being the norm. Things cease to exist the minute we become aware of the need to document them. This, added to my own alienation, deepened my sadness. Nevertheless I started writing this book. 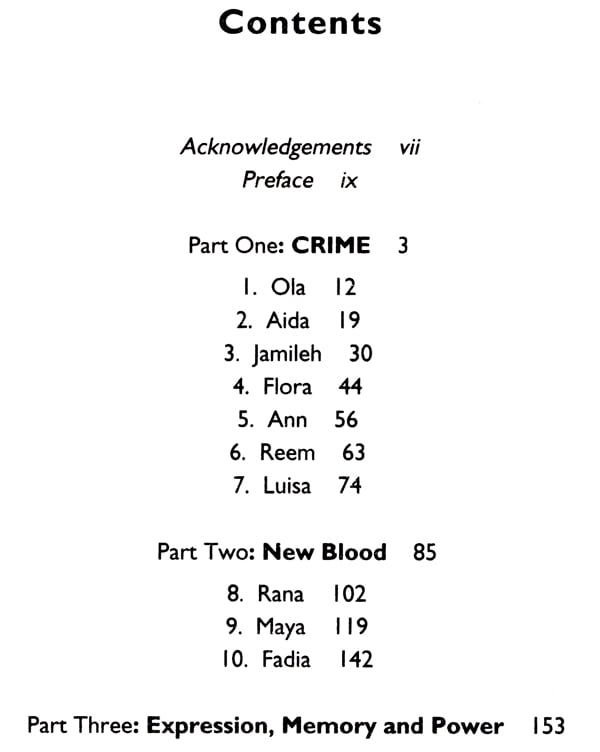 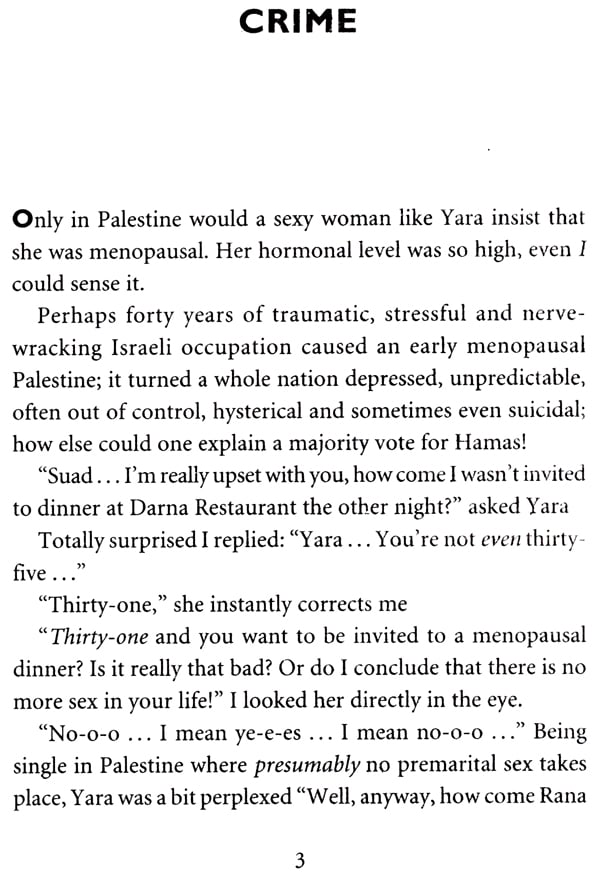 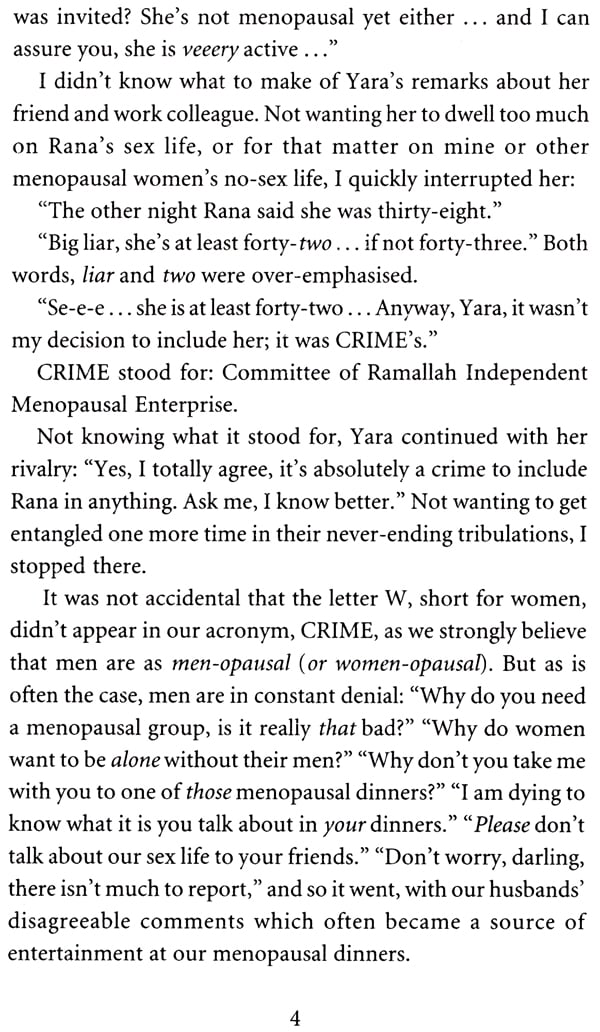 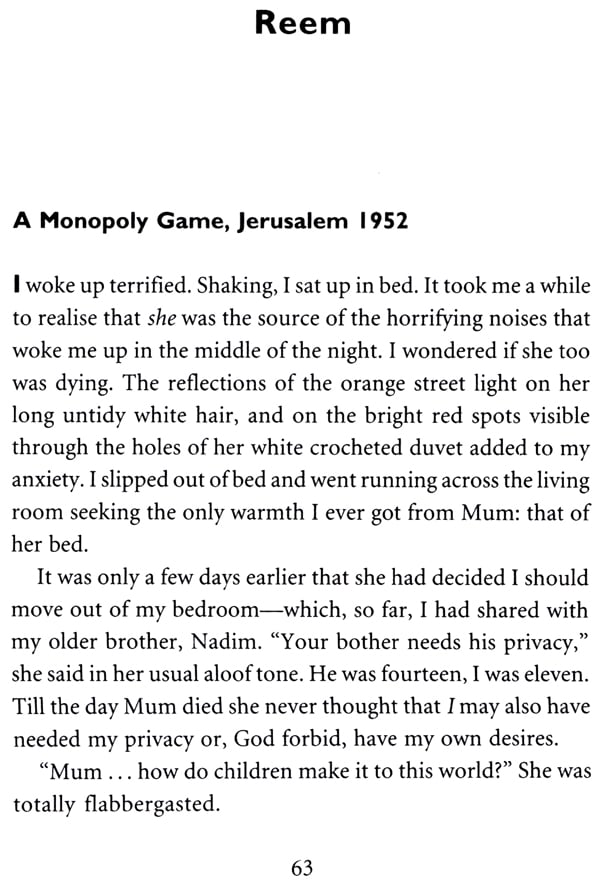 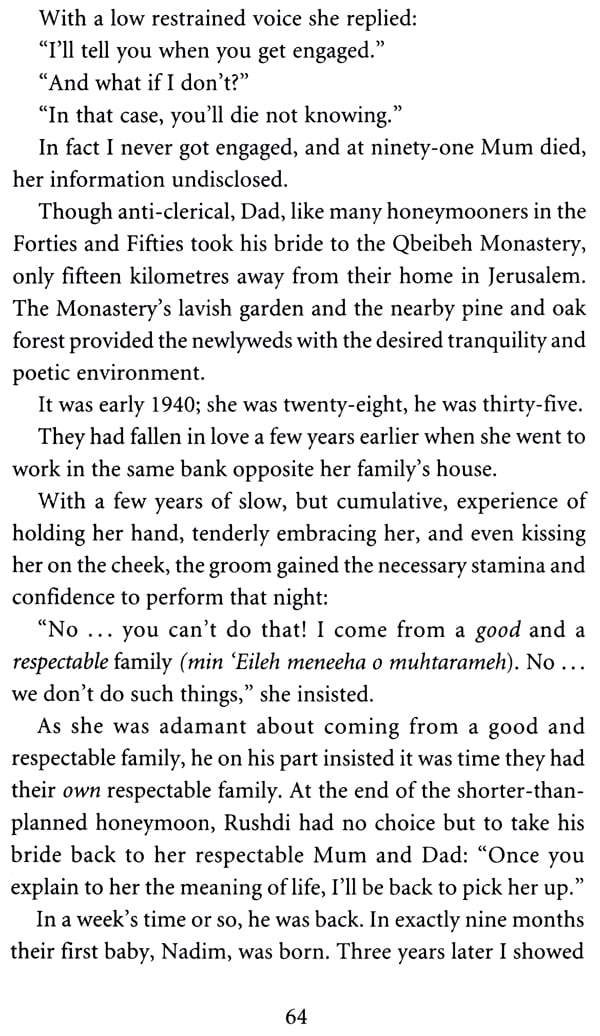 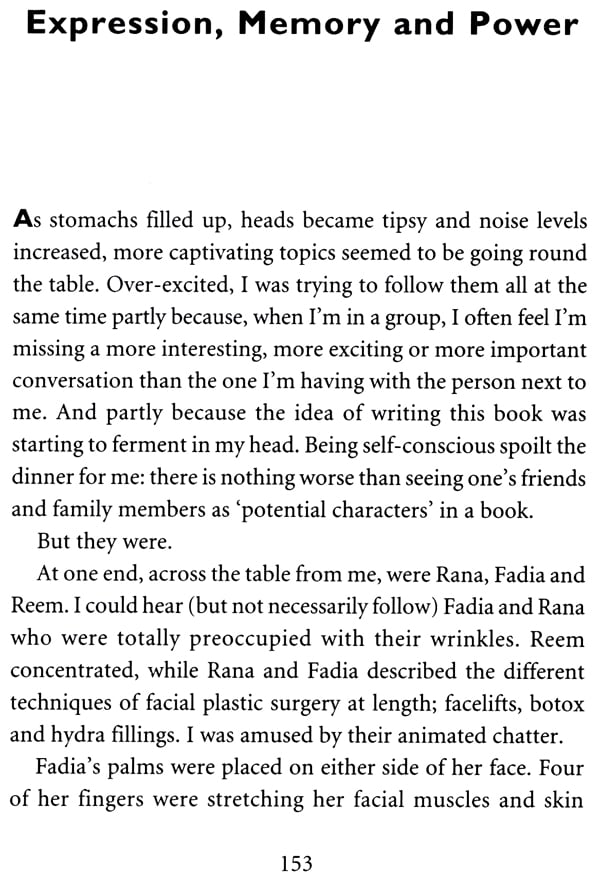 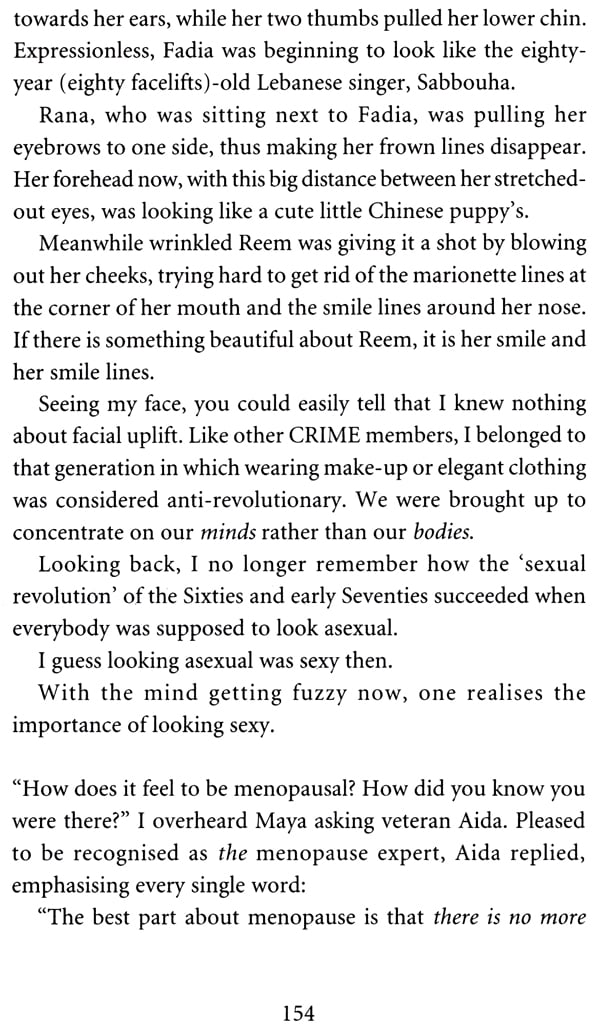