Mother of the Unseen World- The Mystery of Mother Meera

FREE Delivery
$27
Quantity
Ships in 1-3 days
Notify me when this item is available
About the Book
Throughout history there have been rare individuals who transcend what seems humanly possible, "enlightened" beings born with knowledge and experience that defy explanation. Kamala Reddy was a ten-year-old servant in rural India when her mysterious powers were recognized; she is believed to be an "avatar"- a divine incarnation in human form-and was soon given the name Mother Meera. Over the past forty years, she has welcomed millions of seekers from all faiths to have darshan (silent blessing) at her homes in Germany and India. Mother Meera has no dogma, offers her gifts free of charge, and belongs to no particular religion. Her transformational work is done using a particular light, she explains, which she transmits through her fingertips when she touches each person's head during darshan, undoing "energetic knots" and quickening a person's spiritual development.

Mark Matousek was a nonbeliever when he met Mother Meera in 1985. Yet, in her presence, he experienced inexplicable occurrences that forced him to challenge his worldview. Now, in this deeply moving and wise book, he takes us as close as possible to this extraordinary woman. Is divine incarnation truly possible, he asks, as most of the world's religions insist? Who is Mother Meera, really? Speaking to members of her inner circle, working at her school for the poor in India, and interviewing the elusive master herself, Matousek takes the reader on a mysterious quest into the "unseen world" where the divine and human intersect.

About the Author
MARK MATOUSEK is the author of two acclaimed memoirs, Sex Death Enlightenment and The Boy He Left Behind, as well as When You're Falling, Dive: Lessons in the Art of Living, and Ethical Wisdom: The Search for a Moral Life. A former editor at Interview magazine, he is a featured blogger for PsychologyToday.com and HuffPost, and has contributed to The New Yorker, O: The Oprah Magazine, Harper's Bazaar, Yoga Journal, Tricycle: The Buddhist Review, and The Saturday Evening Post, among other publications. He offers courses in creativity and spiritual growth based on his book writing to Awaken: A Journey of Truth, Transformation, and Self-Discovery.
Preface
0n the evening of August 24, 1984, I arrived in the nondescript village of Thalheim, a German hamlet outside Frankfurt, during a stopover from New York to India. My travel companion, Andrew Harvey, had suggested that we start our journey here with a visit to someone he was eager to see. As his guest, I hadn't inquired further, and now, as we made our way through the quiet streets, past lace-curtained windows and garden gnomes, patrolling perfectly manicured lawns, I felt jet-lagged, unanchored, and clueless as to why we were there.

Herbert, the burly, bespectacled German who'd picked us up at the airport, backed into the driveway and turned off the ignition. He instructed us to leave our bags outside and to enter the house without making a sound. Darshan had already begun, Herbert told us. I had no idea what he meant.

We tiptoed into the small foyer and closed the door behind ourselves. No sooner had I slipped off my shoes-following Andrew's lead-than my ears were filled with a strange buzzing sound like a swarm of bees or static on the radio. I rubbed my ears, but the whirring continued, breaking the otherwise eerie silence. I glanced at Andrew, who grinned at me, nodded his head, and gestured for me to follow him up the stairs.

Then I saw her. Peeking over the banister, I noticed a tiny Indian woman wearing a vermilion sari, seated on a chair, eyes closed, holding the head of a kneeling child between her hands. Her dark face was serene, her shoulders slightly hunched as she touched the boy's temples, the two frozen in a strange tableau. Neither of them moved a muscle. Finally, the young woman opened her eyes, released his head, and sat back, gazing straight into the boy's eyes. Her expression was fierce and unwavering, her head rocking slightly forward and back as she examined the boy for a few more seconds, then lowered her eyes, gazing down at her hands. The boy touched his forehead to the ground and returned to his chair, making way for an old woman, who hobbled to the carpet and knelt with difficulty, the whole process beginning again. 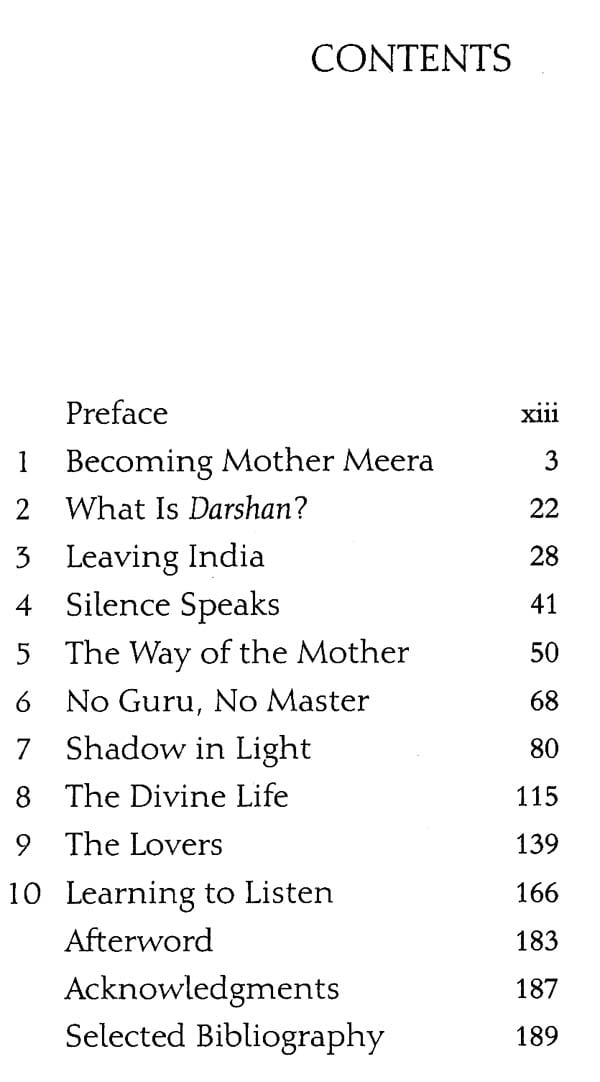 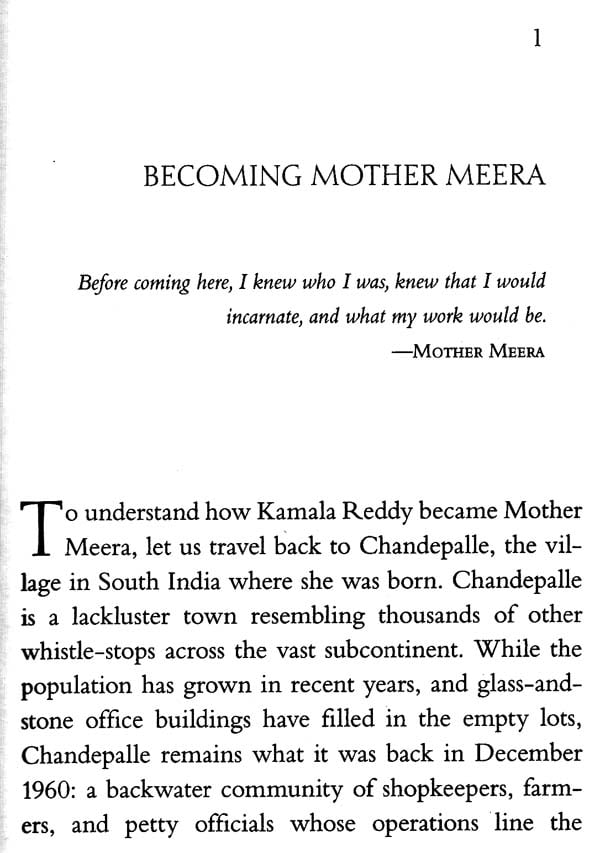 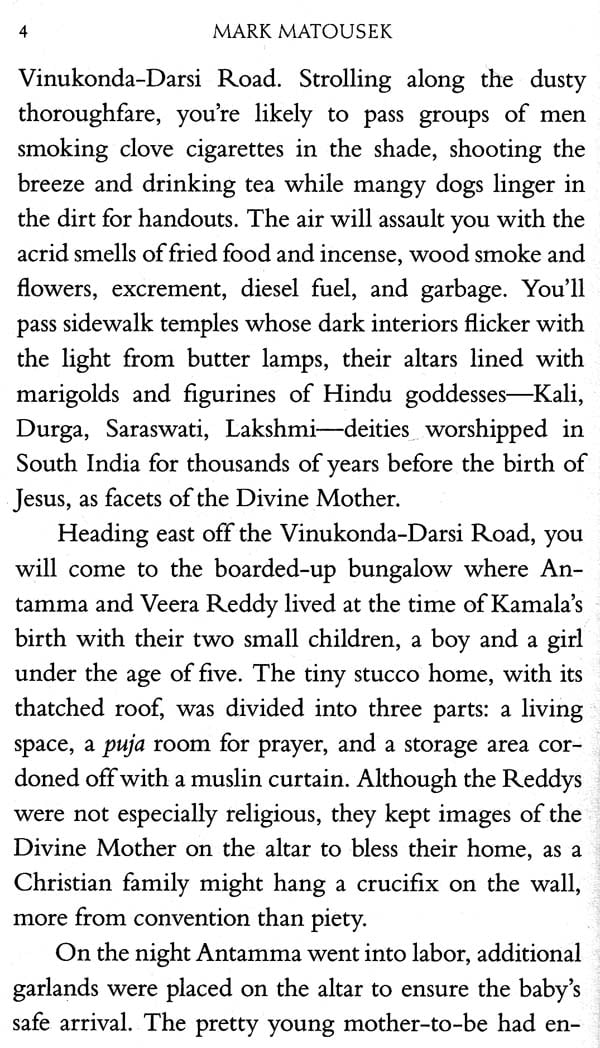 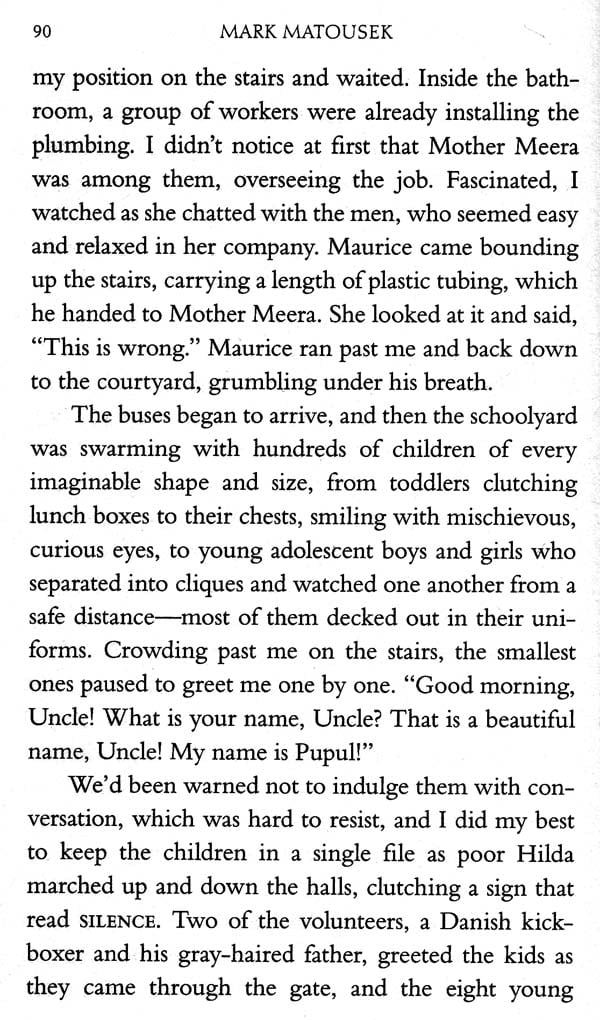 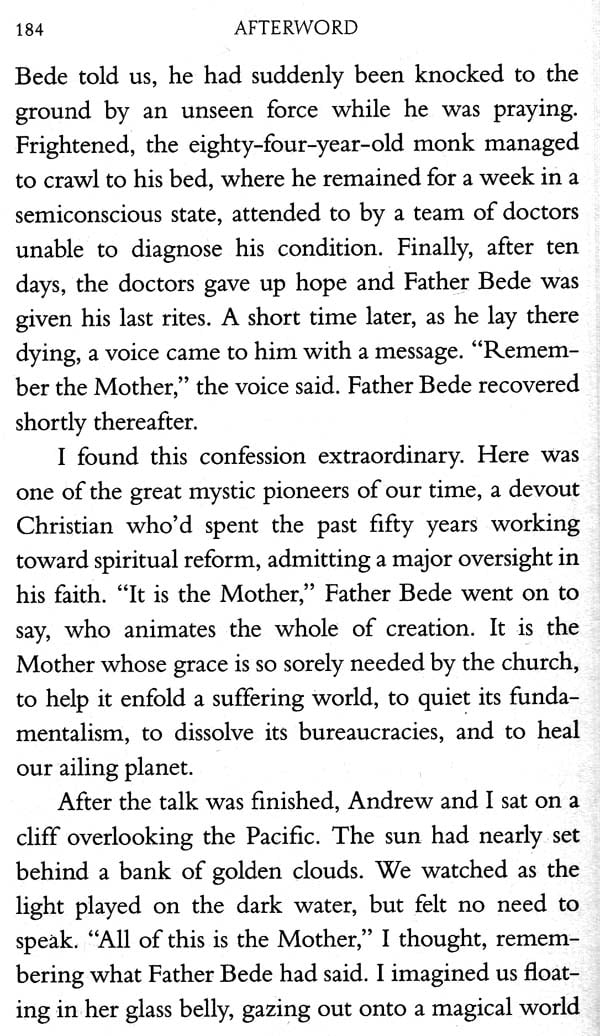 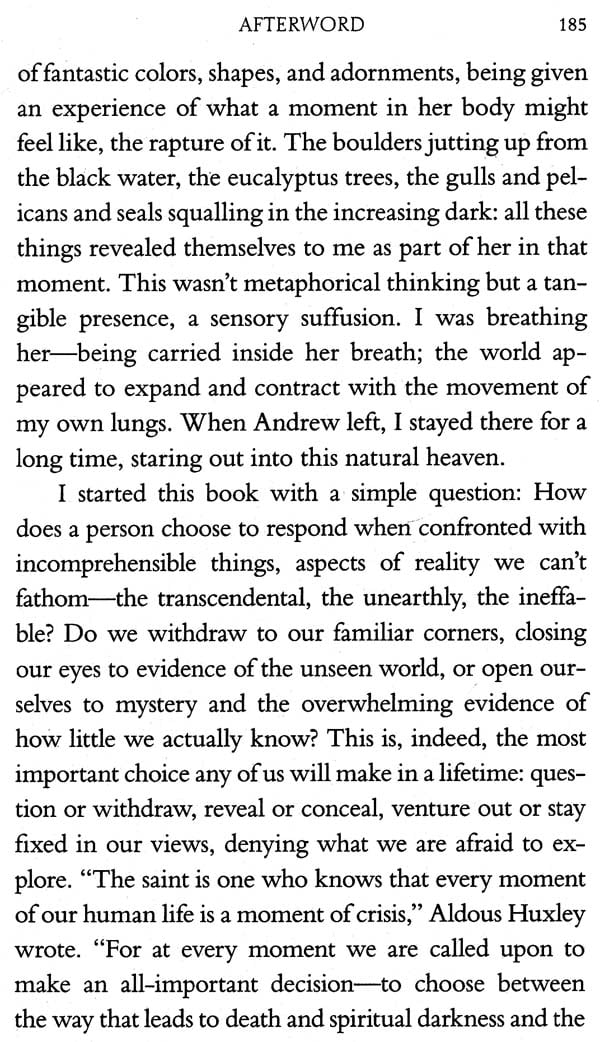 The Magic of the Lost Temple
By Sudha Murty
$19 A Gujarat Hera, A Gujarat There
By Krishna Sobti
$33
FREE Delivery Reversing Diabeties in 21 Days (A Nutrition Based Approach to Diabetes and Related Problems)
By Dr. Nandita Shah
$24
FREE Delivery The Indian Business Box Set (Stories of How Gujaratis, Baniyas and Sindhis Do Business)
By Shobha Bonder, Nikhil Inamdar and Maya Bathija
$34.40
FREE Delivery
$43  (20% off) Yoga for Everyone (A Step-by-Step Illustrated Guide to Iyengar Yoga)
By B.K.S. Iyengar
$31
FREE Delivery