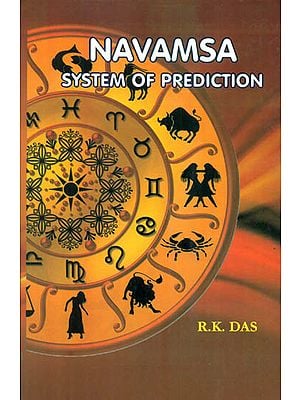 It is more than thirty years ago I made acquaintance of Hindu Astrology.

Soon I come to know about the importance of the Navamsa position of the planets and the Bhavas. In the matter of prognostication the value of a Navamsa chart is immense.

But I find there is no book in which the subject of Navamsa has been exclusively drafted with. And thus I venture to write this book after culling material from classical works on Hindu Astrology.

I hope, my honest and humble endeavour to give an idea of importance of Navamsa chart to our esteemed readers of Hindu Astrology will be acknowledged with great warmth.

If the readers and the students of Hindu Astrology find themselves benefitted by the study of this book I will think myself amply rewarded.

In the traditional Hindu Astrology there are sixteen divisions of a sign, named as Shodasa Vargas. Navamsa is one of them.

The Rashi chart is the main chart, all divisional other charts base and depend practically upon it. All events of the native’s life can be known from the Rashi chart, and the divisional charts are used to confirm events. For examples, the financial status, wealth and personal emotions can be known from Hora chart. Brothers, sisters, family tree, hopes, accidents, criminality and suicidal propensities can be studied from Drekkana chart. Dasamsa chart is studied for knowing about jobs, destiny, good fortune etc. Dwadasamas chart is used to know details about parents, past and future lives etc. And so on.

In the first chapter of this book the extents of a Navamsa and various definitions of Navamsa are given.

Then Navamsa combinations in different Bhavas of the Rashi chart have been given in chapter 4. Jaimini’s Atmakaraka Navamsa and its results are dealt with in a separate chapter. Importance of Navamsa in female Horoscopy, in marriage and in the matters of progeny have been discussed in separate chapters.

How Navamsa is connected with Birth Rectification, Longevity Determination and Amsayurdaya system has been dealtlucidly. Navamsa in Horary Astrology, in unknown Birth, in Ashtakavarge, in Electional Astrology, in Mundane Astrology, in Dasa system, in Gochara are dealt with in separate chapters. 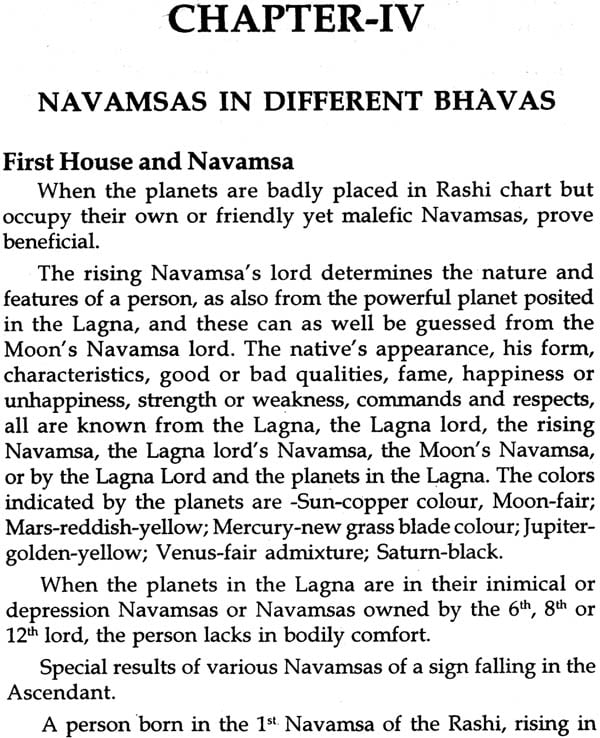 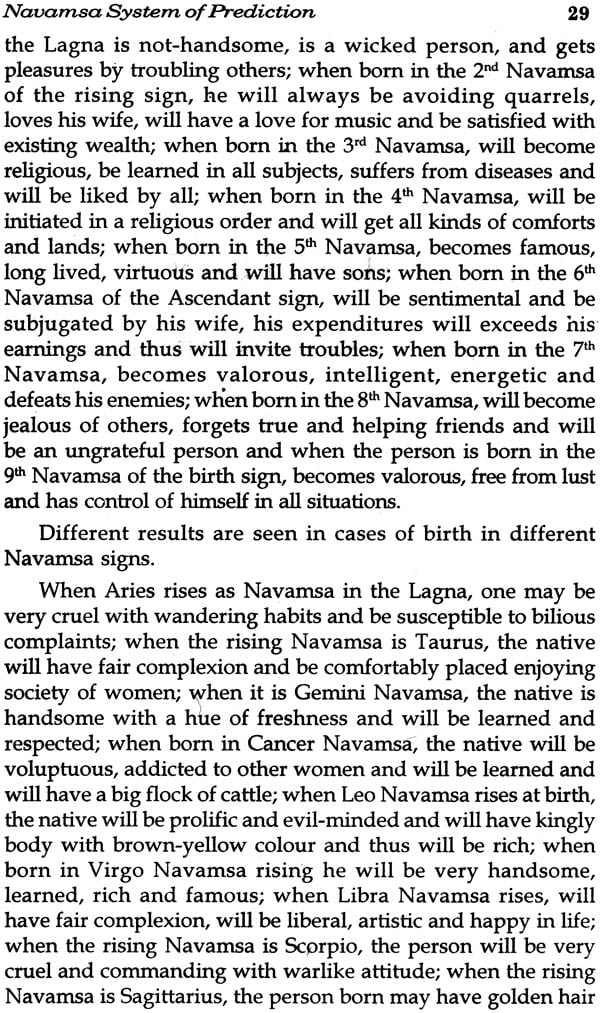 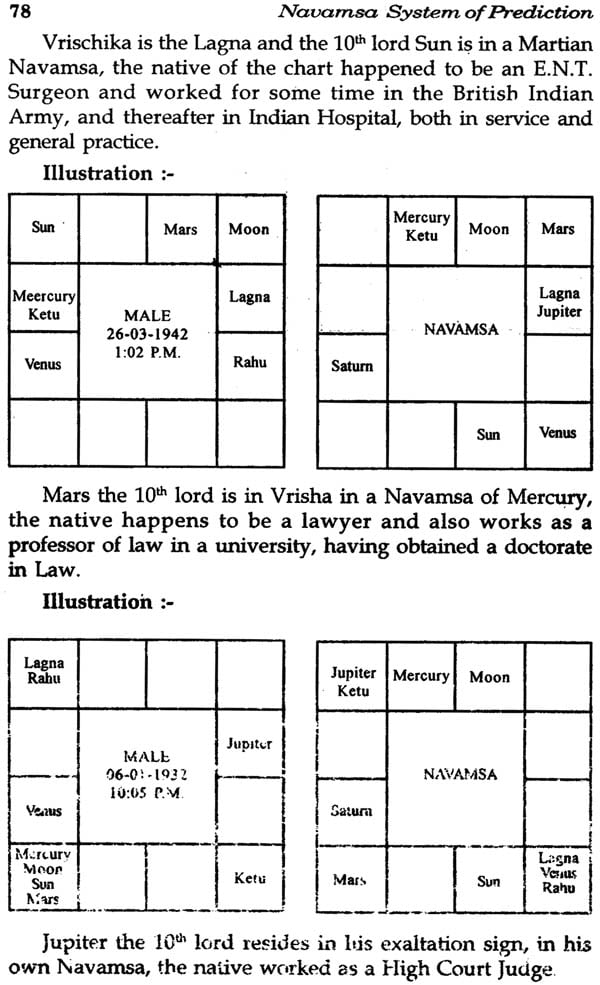 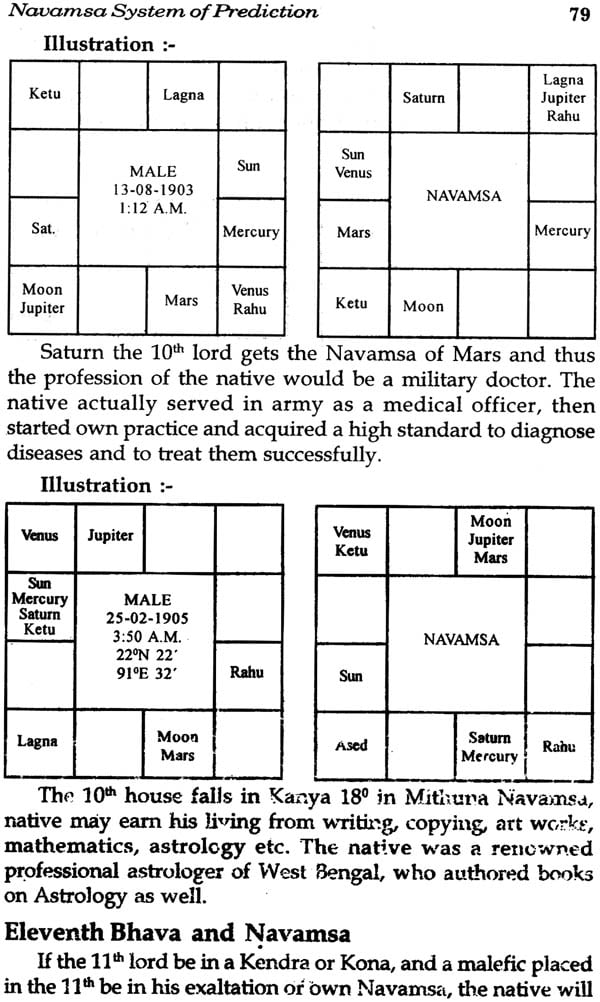 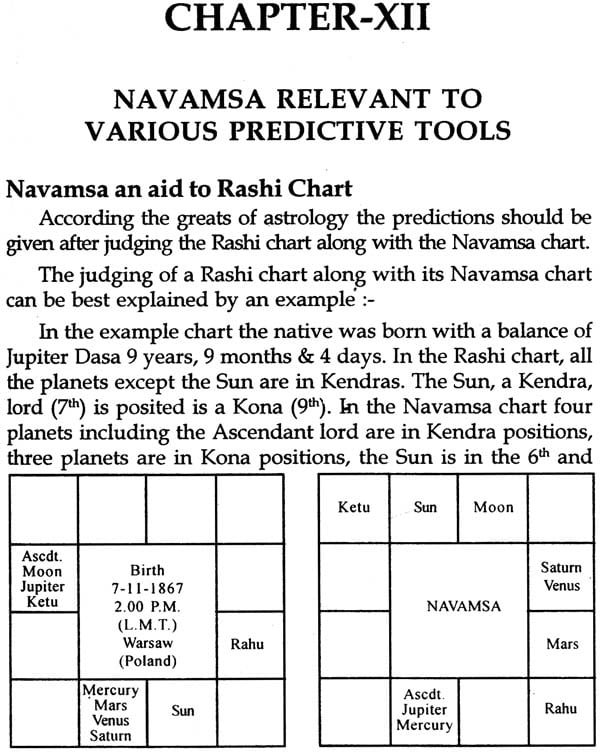 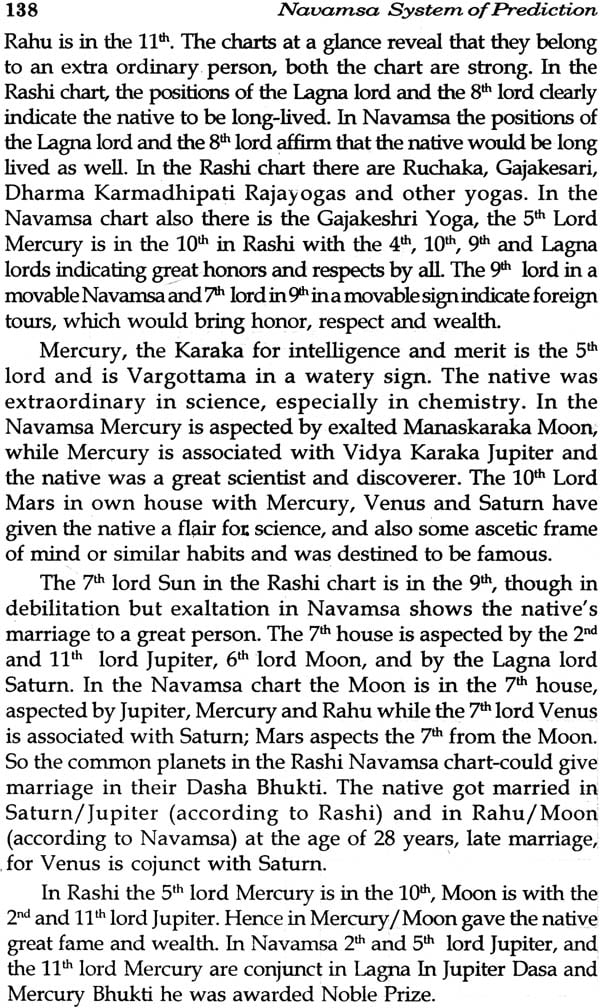 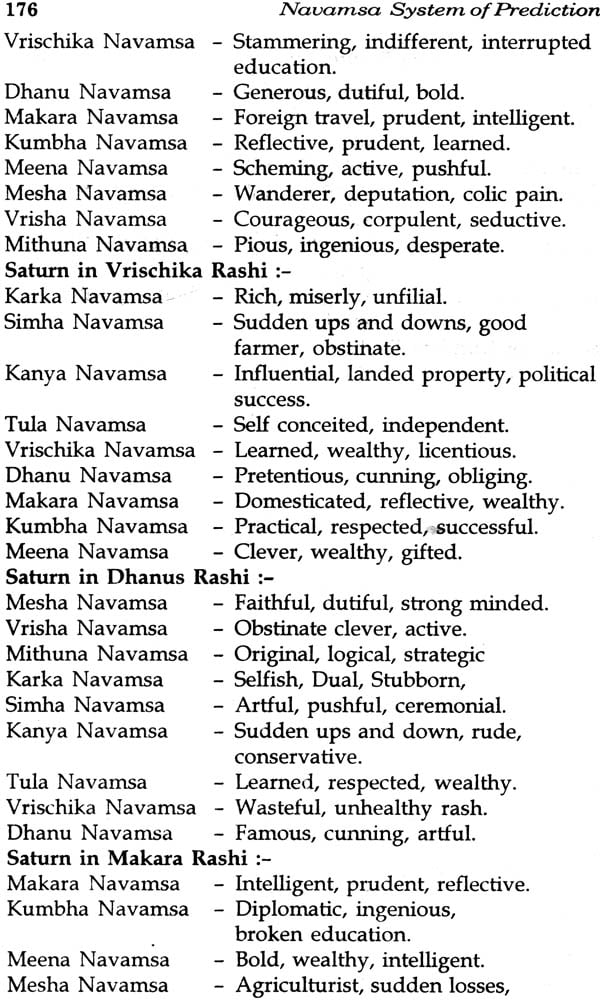 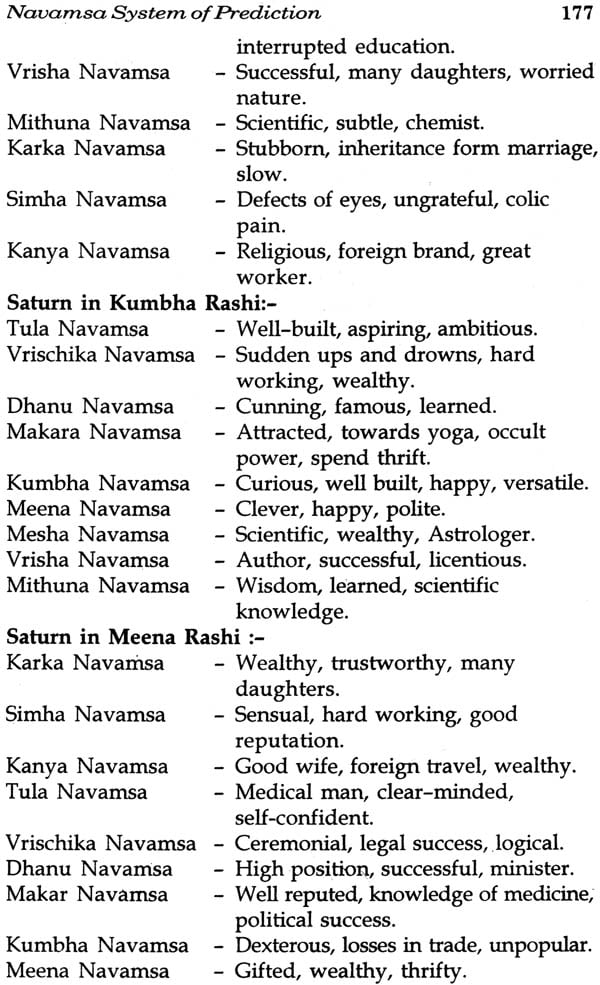 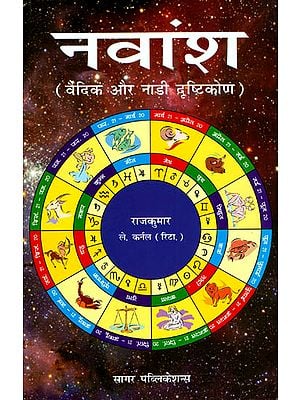 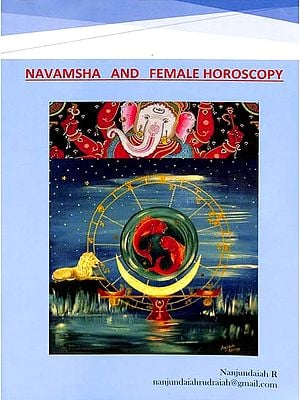 Jaimini’s Navamsha Dasha
By Sachin Malhotra
$16
Out of Stock 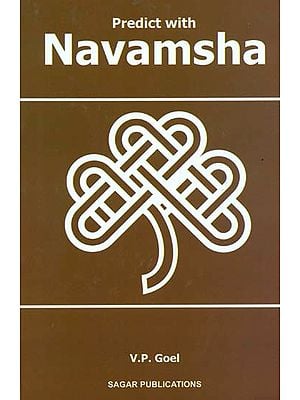 Predict with Navamsha
By V. P. Goel
$16
Out of Stock

Predicting Through Navamsa and Nadi Astrology
By CHANDU LAL S. PATEL
$29
Out of Stock 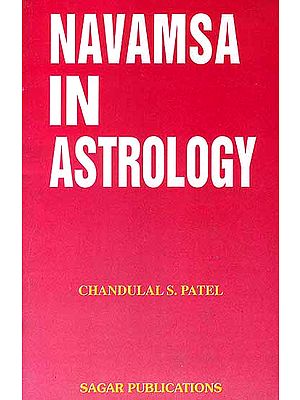 Navamsa in Astrology
By Chandulal S. Patel
$22
Out of Stock 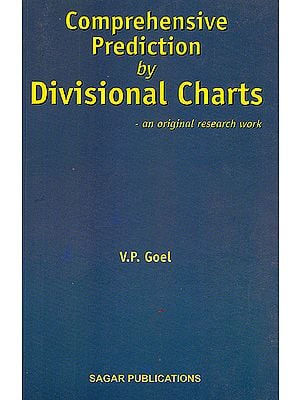 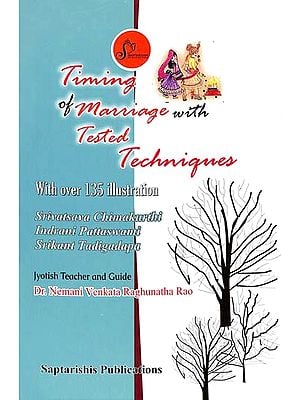 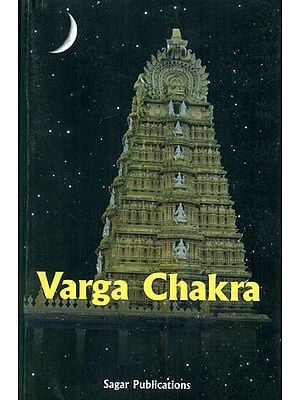