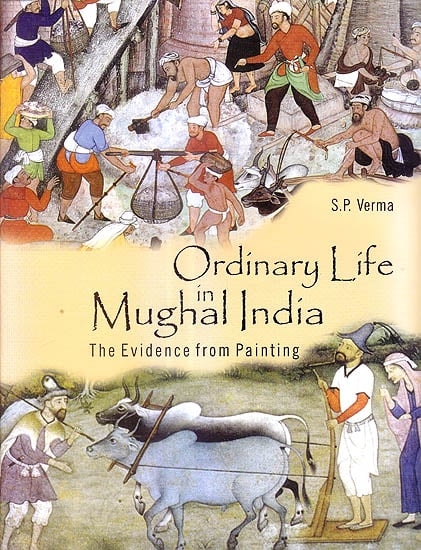 The present study illustrates the life of the people at the bottom of the society, frequently overlooked by the historians.

The volume, containing no less than ninety illustrations, provides an authentic visual documentation of people’s life and their work, and throw light on various aspects of the life of village men and women. It is a unique picturesque volume and brings in the role of the visual arts in historical writings. This book takes as a ground for discussion the representation of sculpture and painting. It includes the work of varied schools, but central to the study is a particular focus on the Imperial Mughal School, impressive for actual representation, vividness in detail and draughtsmanship. These provide more intimate view of material life than we can get anywhere else. Needless to say, it is only the visual records that provide us in detail the ordinary life and culture of the past in its purest form.

Dr. Verma meticulously scrutinizes the visuals and carefully interprets various facets of ordinary life, and something of the struggle that Indian people have waged for bare subsistence for so many centuries. We see here stagnation in ordinary people’s ways of life, which forms the core of present cultural study.

The present volume will interest scholars and students of history and cultural studies of medieval India as also art-historians.

Professor S.P. Verma (b.1942) taught at the Department of History, Aligarh Muslim University.

He has published extensively on Indian miniatures and British paintings narrating the events of the Revolt of 1857 including Art and Material Culture in the Paintings of Akbar’s Court (1978); Mughal Painters and Their Work, A Biographical Survey and Comprehensive Catalogue (1994); Mughal Painter of Flora and Fauna: Ustad Mansur (1999); Painting the Mughal Experience (2005); Eighteen Fifty Seven: Revolt and Contemporary Visuals (2007); go and Crossing Cultural Frontiers: Biblical Themes in Mughal Painting (2011) and as editor Flora and Fauna in Mughal Art (1999), and 2857: An Illustrated History (2008).

In 1986-87, Dr. Verma worked at the Freer Gallery of Art, Smithsonian Institution, Washington, D.C. as a Fulbright Fellow, and in 2005-06 at the Aligarh Muslim University as a Senior Fellow in History (ICHR).

Dr Verma, a practicing artist as well the recipient of two prestigious awards by the Indian Academy of Fine Arts Amritsar (1981), and the Academy of Fine Arts, Kolkata (1982). Currently, Dr. Verma is an Emeritus Fellow in History (UGC) at Aligarh Muslim University.

An inspiration for the present endeavour gathered from KM. Ashraf’s approach to history, that is, “It is now coming to be universally recognized that nothing is ‘beneath the dignity’ of history’s notice or outside the scope of its ken, and that all the doings and suffering of mankind in every walk of the life are proper subjects for a historian to investigate”, drived me in the times of sixteenth and seventeenth centuries to correspond with his work (Life and Condition of the People of Hindustan, Delhi, 1959). Further, I being equipped with the research experience involved in the production of the volume Art and Material Culture in the Paintings of Akbar’s Court (New Delhi, 1978), and the preparation of an exhibition, Everyday Life and Work (Aligarh, 1985) followed by a souvenir India at Work for the delegates of Indian History Congress (55th Session, Aligarh, 1994) prompted me ahead to construct a history of countrymen and - women largely based on the evidence of contemporary paintings.

I thankfully acknowledge the support of the Indian Council of Historical Research, New Delhi, for extending to me with the award of the Senior Fellowship for two years (2005 and 2006) to accomplish the present study.

Special thanks are due to Professor Shahbuddin Iraqi, Centre of Advanced Study, Department of History, Aligarh Muslim University for kindly providing me all facilities at the Seminar Library of the Department.

I am equally indebted to Mr. Shakeel Ahmad Khan, Librarian, Maulana Azad Library (A.M.U.) who facilitated me with an access to the rare collections of books and Indian miniatures lodged at the Library.

Special thanks are due to Professor Shireen Moosvi, Professor Pushpa Prasad and Dr. Ishrat Alam for their sincere and friendly support and keen interest in my work.

A note of thanks is due to Mr. Arshad Ali, Muniruddin Khan, Chulam Mujtaba and Idris Beg who ungrudgely helped me and took care of my study material.

I record my sincere gratitude to my family and especially to Dr. Smriti Prasad and her daughters, Astha and Ami, who always cared for me despite my disregard to them.

Finally, I am thankful to Mr. Vikas Arya, Aryan books international New Delhi for his understanding and making the present work accessible to a wider readership. 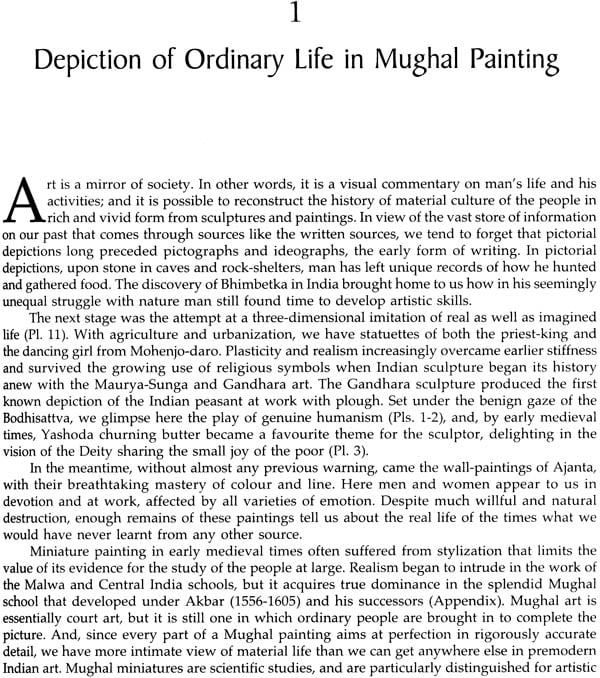 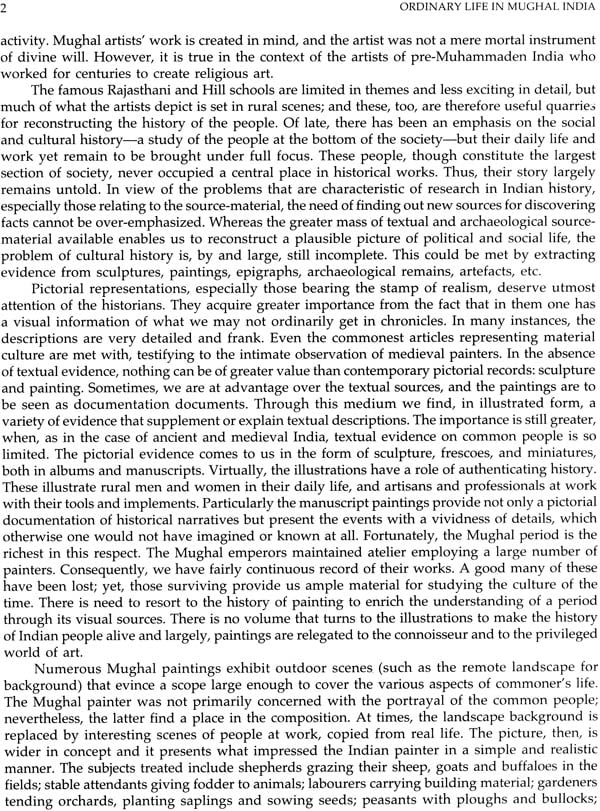 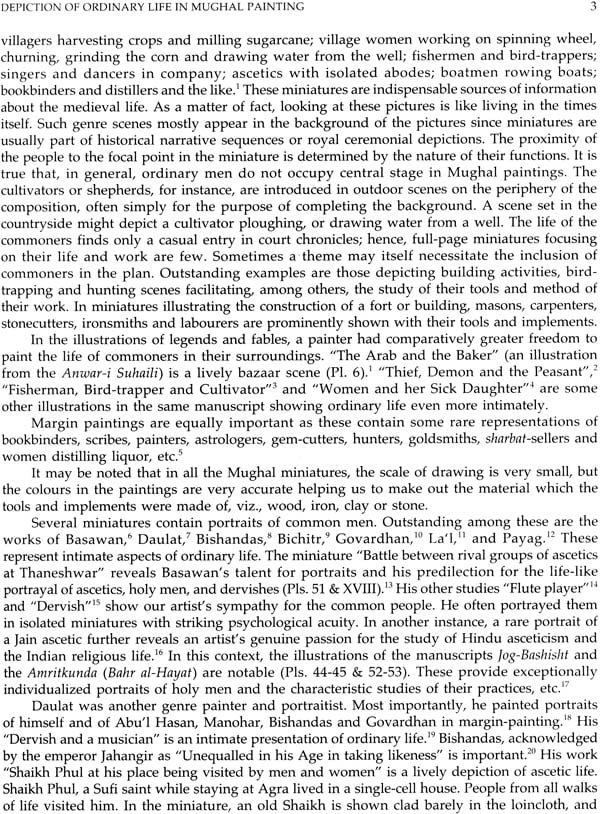 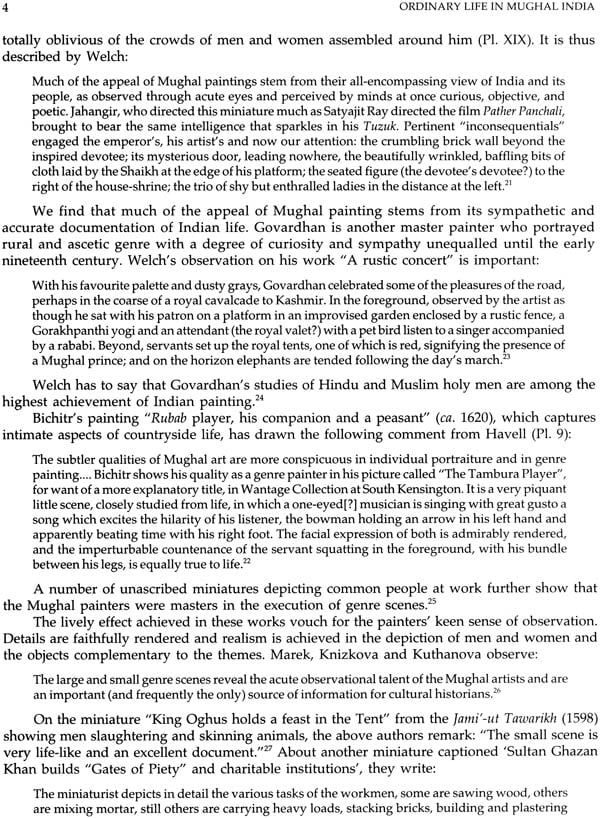 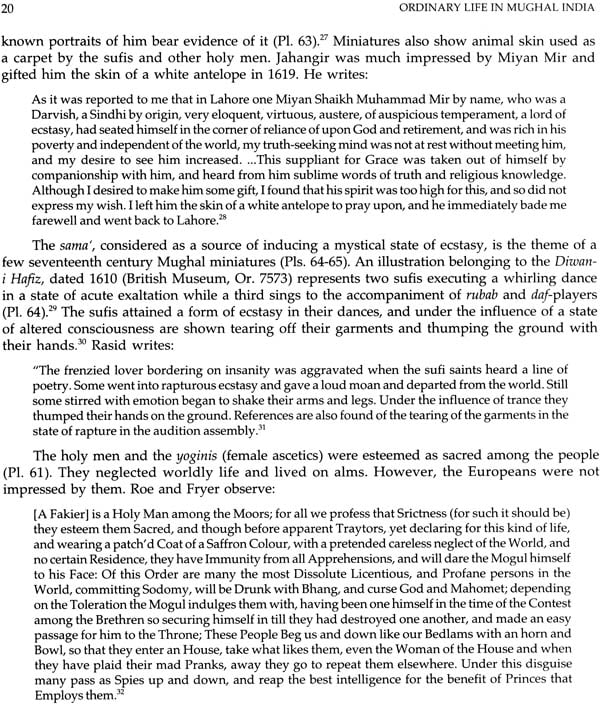 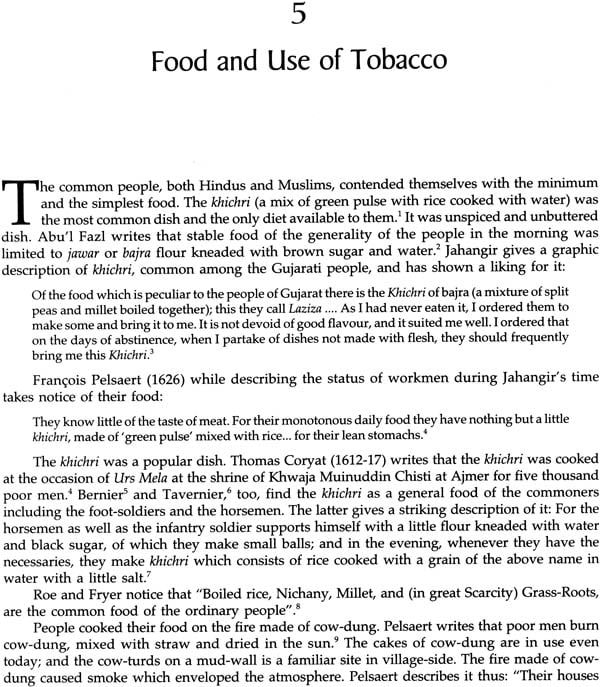 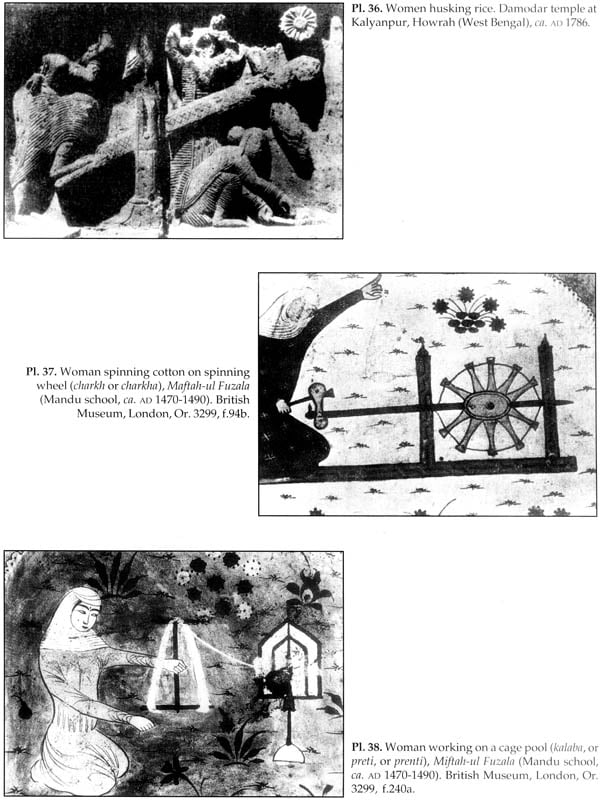 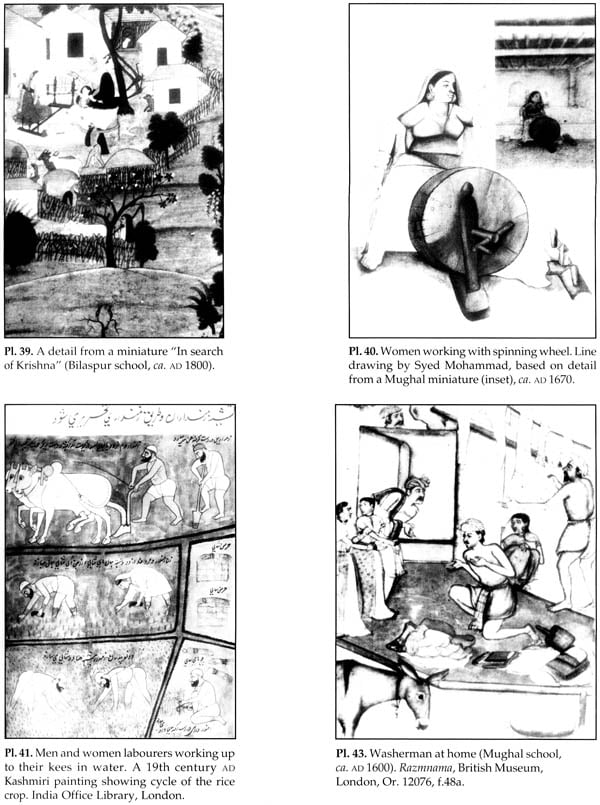 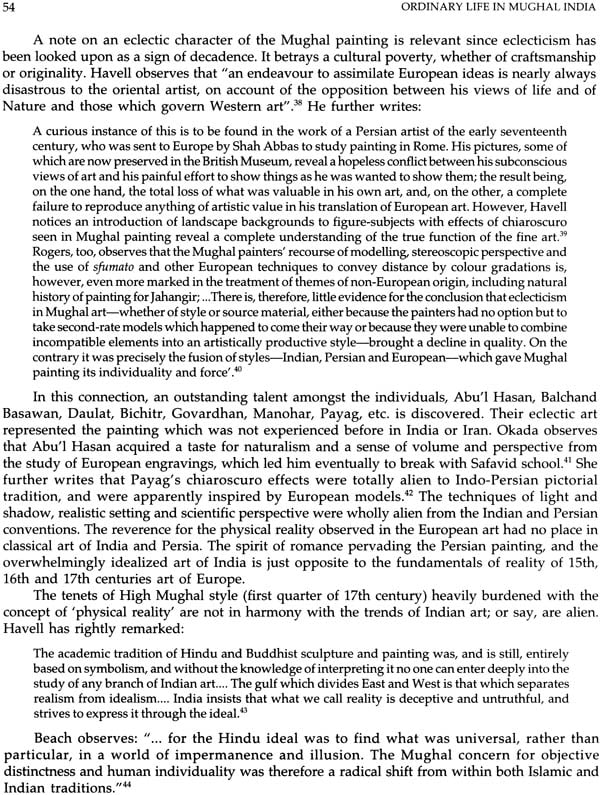 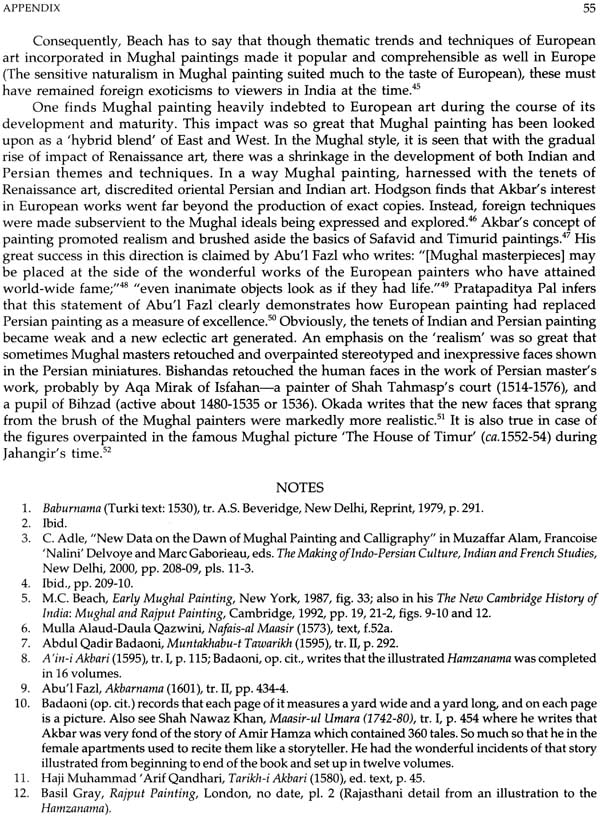 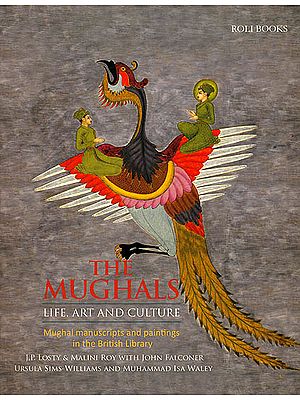 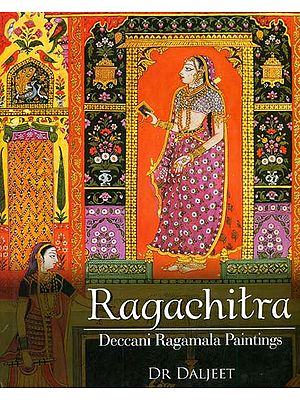 Ragachitra: Deccani Ragamala Paintings
By Dr. Daljeet
$62.25
FREE Delivery
$83  (25% off)
Add a review
Have A Question