P.C. Sorcar is one of the greatest magicians of the twentieth century. He single –handeldly revived a languishing Indian art and brought it to the world stage. This book is a pictorial account of his metamorphosis into the Maharaja of Magic from very humble beginnings. Written by his son, who has once his apprentice and now carrying on the proud tradition, this is a deeply personal view of the life and times of a towering figure. Photographs culled from various sources throw light on the magician as well as the man behind the scene. Rare posters, newspaper articles, cartoons, family photos, private papers, fascimiles of honours and awards add to the richness of the work, thereby providing the reader a closer look at Sorcar, whom the greats in his fraternity rated as the 'Greatest Ever'.

On 9th April 1956 London started in shocked disbelief at their TV screen. That day a much celebrated magician from India looking to break fresh ground in England was given an opportunity to do something never seen before. He was fresh off a triumphant tour of France where he had received overwhelmingly good reviews. But the Britions were not as eager to hand in their praise to a brown –skinned artiste more than suspicion and sceptism in England. He decided to perform a popular favourite –he would literally saw a woman in half and put her back together. But something was about to go very wrong in the BBC Lime Grove studio that night. The magician looked sombre yet confident about the task at hand. The gleaming circular saw went clean through her body, effectively sawing his young lady assistant in two, as she lay apparently unconscious on a table. And then it was time to restore her in one piece and wake her from her magical stupor. However, despite several attempts by the magician the young woman would not open her eyes, Meanwhile his fifteen minutes were over Richard Dimbleby, the producer of the segment, grumbled something about Indians and the concept of punctuality. The BBC, a woman cut in two on live TV not with standing cut to the news with all the smug assurance of keeping to its schedule no matter what. The British audience were not interested in watching the news though. Within minutes of the magic performance going off air, the BBC phone lines were jammed for hours. Concerned viewers who were convinced that they had watched a rather grisly murder in front of them were calling to find out about the fate of the poor assistant. Back in the studio, the turbaned perpetrator stood smiling. It had all been part of a grand plan. He had deliberately instructed his lady assistatnt to lie unresponsive, as if dead, at the critical moment. He ensured that when the BBC would cut away and switch to the news it would seem that they did so to cover up the fact that the Indian magician may have accidently killed his assistent. The uproar was instaneous. The next day all British newspaper carried a headline assuring the public that it had all been an act of clever presentation. They also carried interviews of the pretty assistant, Ms Dipti Dey, who cheerfully remarked that the was looking forward to being cut in two again. The brown –skinned magician had made headlines and, quite successfully, captured the attention of an entire nation overnight! He was well on his way to becoming the most celeberated magician of his age. A man of titanic energy and unfailing enthusiasm for his craft, he performed all over the world to universal acclaim. People everywhere lined up for long hours for ticket to his shows. This man was Protul Chandra Sorcar. He was also my father.

Perhaps a magician's greatest challenge is to convincingly prove that he can bend the laws of reality and release the spectators from the tyranmy of the mundane. The rapt audience, on their part, are transported into a different world; ferently believing for a while in the impossible and the miraculous. The Magician is the agent of the impossible and 'Indrajal' is the art of converting the impossible into the possible, right before one's eyes.

My father understood the virtues of drama for an effective performance. Magic, or at least the illusion, of it, had been an integral part of ancient Indian stagecraft and religious ritual. We hear of the 'rope trick' at Emperor Vikramaditya's court and we have reports of Bengali magicians at Mughal Emperor Jehangir's durbar. Marco Polo mentioned Indian magicians in Kubla Khan's court. The poet Amir Khusrow in the thirteenth century and Ibn Batuah in the fourteenth praised the Indrajal of Bengal and Assam.

Nevertheless, Indian magic was in decline. It started during the reign of Mughal Emperor Aurangzeb. Fanatical Muslim administrations and Hindu Fundamental hardliners violently denounced magic as unnatural witchcraft. Its practionsers were severly ostracised and, faced with struggled against the devils of the poverty and hunger.

The early European missionaries armed with the infallibility of the Gospels looked upon magic in the subcontinent as nothing more than pagan witchcraft. It was in short the devil's work and they treated it with the gravest suspcion. But they were far away from their homes and this play with the 'supernatural' was a beguiling siren. They were so impressed with what they say that some of them began to learn a few tricks of this marvellous trade. The educationist William Carey in his The Good Old Days of Honorable John Company: being curious remisniscenes during the rule of the East India Company from 1600 -1858, compiled from newspaper and other publications (1907), observed that magic shows were not unknown in England but depended primarily on stage paraphernalia like curious and trap doors for their effects. He wrote glowingly of the magnificant skill of these Indian performers – the Madari's –who used showmanship and carefully honed craft to turn any random street corner into a stage.

As the Women world began to wake up to this, magicians started coming over to see for themselves and perhaps pick up a trick or two. Harry Kellar, a mid nineteenth –century American practionser of the art, went about the Calcutta Maidan to interact with the madaris or roving magicians Magicians Thurston, roughly his contemporary, even recuited some of the latter in his own troupe. Later, Jack Gwynne learnt the 'rope trick' from India. Expertise in 'Indian magic' became an advanced qualification for Western magicians as the mysticism of the East was a great crowed pulller in the West. Sometimes before, during the reign of Emperor Jehangir, there was a magician called Krishna Chandra Dev. A reowned illusionist and yogi, he could make a rope stand on end, make a small pot pour endless quantities of water, and even conjure things out of thin air. The emperor was so enamoured of his performance at his court that he gifted him a village in Suitgram near Dhaka, now in Bangladesh. The ownership of land of earned him and his family the title of 'Sarkar'. However, despite becoming a rich landowner, Krishna Chandra continued with his magic and passed down his skill through several generations.

One of his descendats, Atmaram, earned special mention in the history of Indian Magic. A child of the Enlightenment, he probed and mastered the scientific principles underpinning a performance of magic. His magic was perhaps a little ahead of its time. His ingebuity was largely misunderstood and feared as a species of the dark arts. They suspected him of dealing with evil spirits. Driven to description by their irrational and superstitious fear, the locals attacked his workshop and lynched him. They would later say that he was murdered by those very spirits over whom he had lost control.

In the face of hostility, the family practice of Indrajal –vidya went underground, and hidden insecrecy it passed almost without interruption from one generation to the next –from Jagannath to Dwarkanath to Bhagawan Chandra, By that time, the family had lost its riches. Bhagawan Chandra eked out a modest living with his wife Kusum Kamini Devi at Ashokpur, a suburb of Tangail, now in Bangladesh. On 23 February 1913, a son was born to them. This child, Protul Chandra, born premature in the seventh month of his mother's pregnancy, was nothing short of a miracle. After several rather traumatic miscarriages, Kusum Kamini Devi and Bhagawan Chandra had nearly given up on having any children. When Kusum Kamini Devi learnt that she had conceived for the seventh time, the couple rued the fact, expecting the inevitable. But Fate had other plans for them. Protul Chandra was born to serve a very specific purpose. Indian magic was on the cusp of a renaissance.

Indrajal, languishing for eons in the shadows of ignominy, would once again back in the glorious light of fame and glory. P.C. Sorcar, whom the capries of history had made a messianic figure, took upon himself this task with a single –minded passion of purpose. Fuelled by his unique genius Indrajal's fame spread all across the world like wildfire. His story is the story of Indian Magic in the twentieth century.

P.C. Sorcar (Jr) is the stage name given to Prodip Chandra Sorcar by his father. He is the second son of P.C. Sorcar, the Father of Modern Indian Magic. He started assisiting his father on stage while still in his teens. When his father suffered a fatal heart attack while touring Japan in 1971, he flew down to Hokkaido and carried on with the show, thereby sucessfully completing his father's contractual obligarions. Since then Sorcar (Jr) has taken Indian Magic to astounding heights. Locking himsef up in a trunk that was then thrown into the ocean, making an entire train with its passengers vanish in broad daylight, the disappearing guests –these are just few examples of his incredible powers of conjuring and magic. An author of close to twenty books on magic, he holds an MSc degree in Applied Psychology and has completed his Phd from Calcutta University. Sorcar (Jr) is the creator of around three dozen illusions that are now regularly performed by magicians across the globe. When he is not touring the world, he lives in Kolkata with his wife and three daughters. 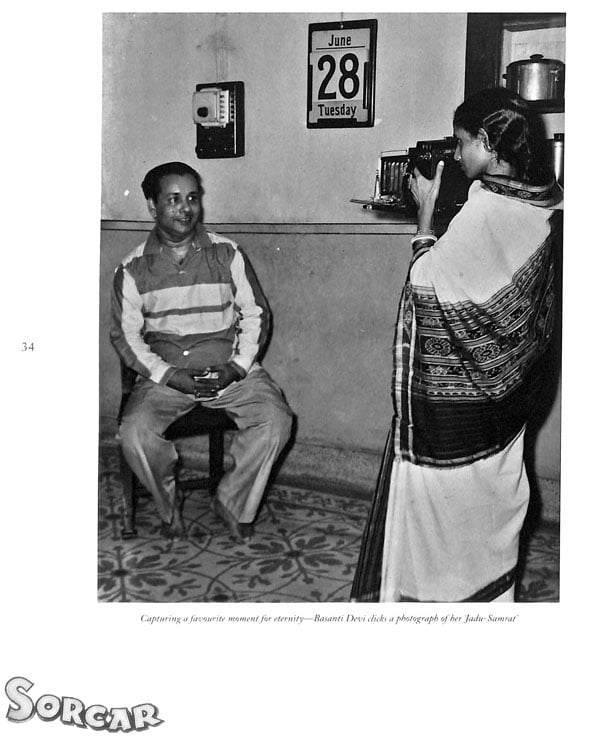 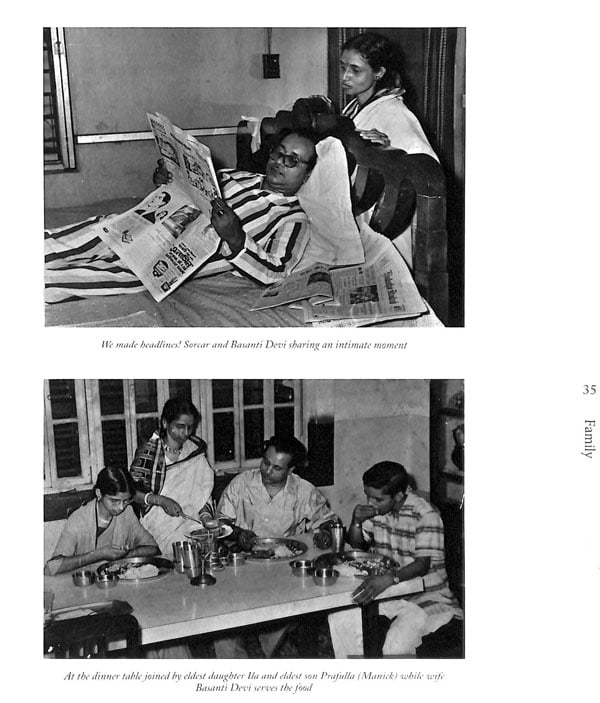 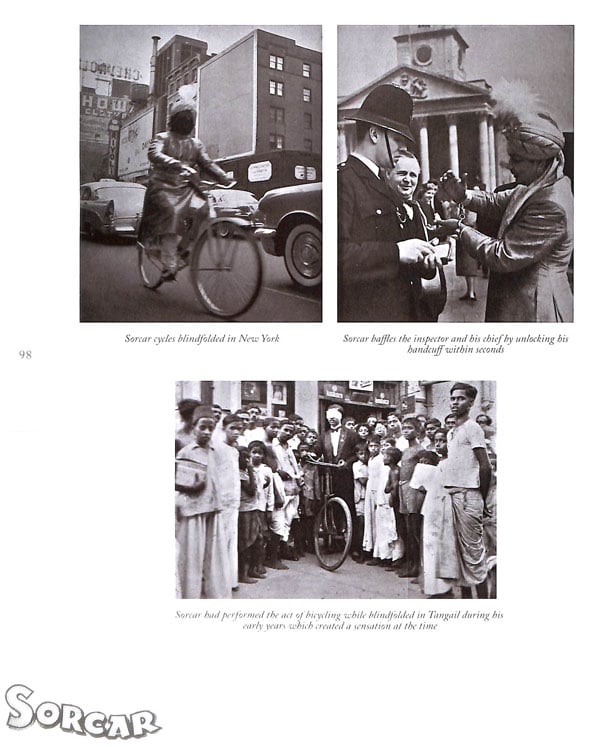 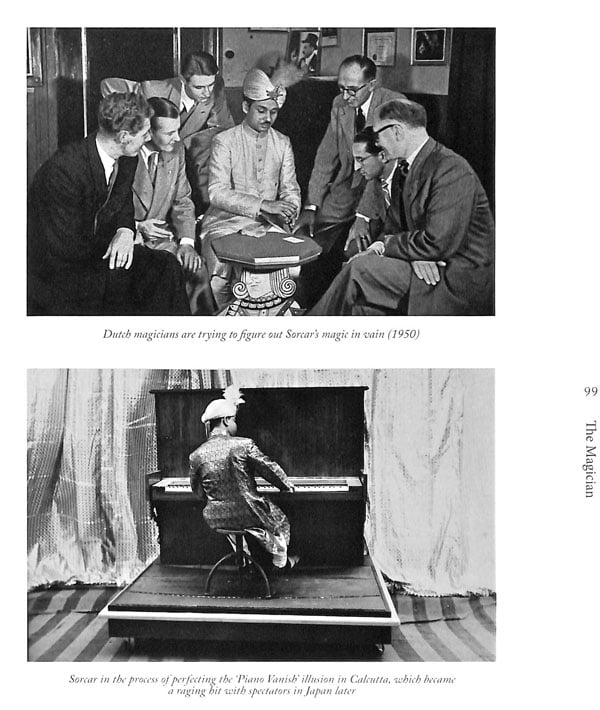 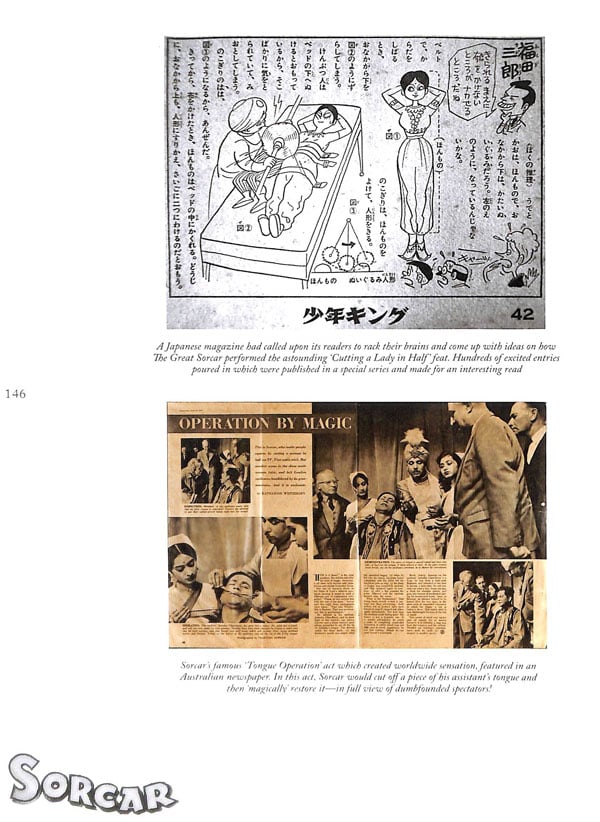 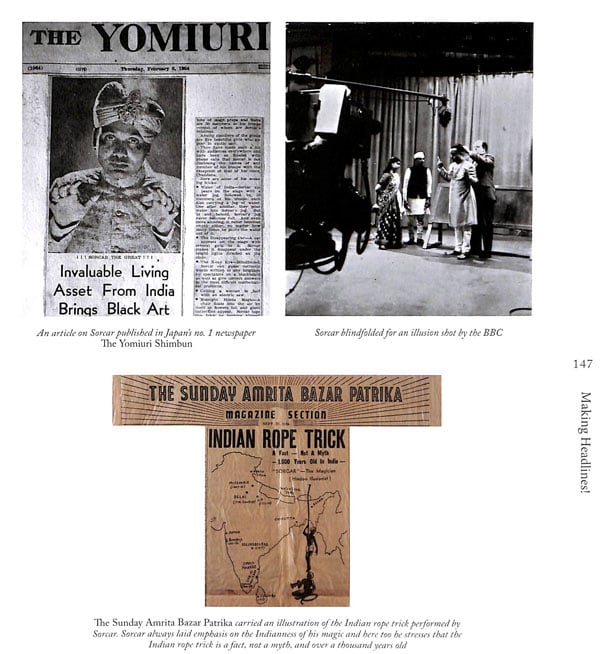 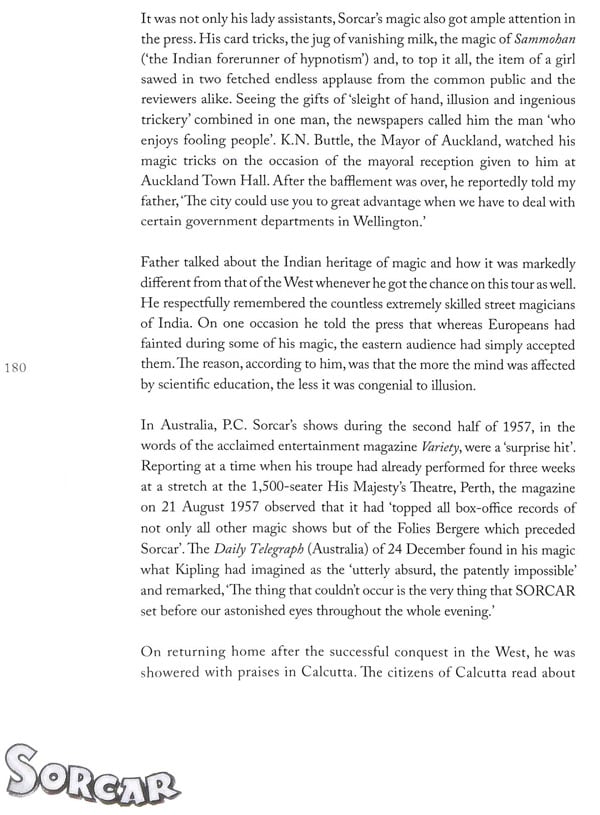 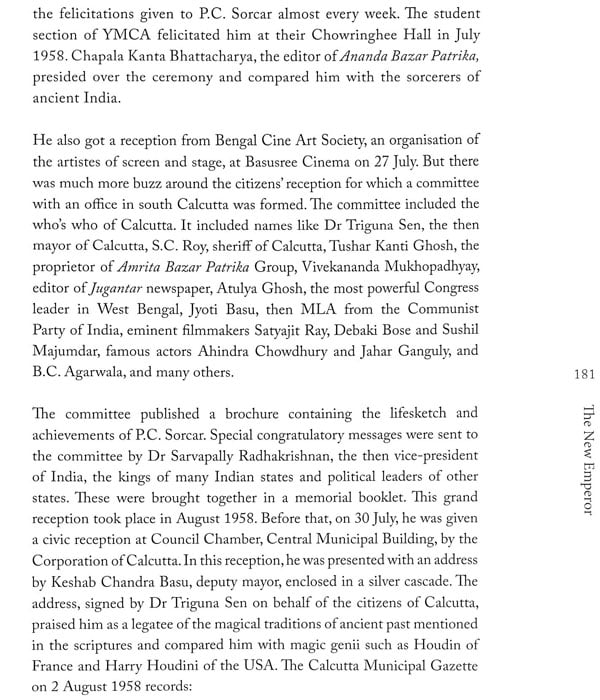