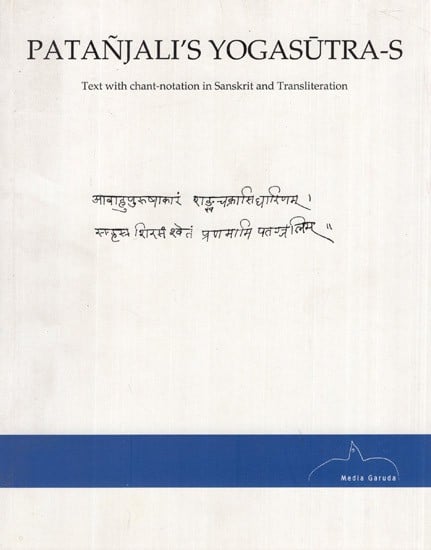 23 years in business
My teacher and father, Yogacarya T Krishnamacharya, emphasized that in order to fully understand the Sastra-s, be it the Veda-s, the Dharmasastra-s, the Darsana-s or the Bhagavad-gita, they must first be memorized. This memorization is achieved through repeated chant. To ensure that this is properly done, traditionally,the teacher recites the syllable, word or section to be learnt and the student repeats it three times, trying to follow exactly pronunciation, expression, emphasis, accent, intonation and the relevant timing.

As the student masters each part, another is added until the whole work is properly known and can be repeated both with and without the teacher. Such knowledge enables the student to study the text in depth, recalling always the words and setting of the particular teaching being studied. This is how I have been taught all the classical texts including the Yogasutra-s of Patanjali, which is the most important treatise on Yoga philosophy.

Traditionally, each Sastra has its own style of recitation. For example, the Yogasutra-s, written in the style of aphorisms (sutra-s) is not recited the same way as that of Samkhya Karika which is in the form of poetry. Also among the sutra-s itself, there are differences. For example the Yogasutra-s are recited differently from those of the Vedantasutra-s. The chanting of the former is comparable to the calm yet authoritative judgement read out by the magistrate, while the latter is akin to the argumentative mode of a defense attorney.

To my knowledge, the Yogasutra-s have not been traditionally notated as is the case of Vedic chanting, thus there are various possibilties to chant them. Despite the possibility of several interpretations, one should maintain dignity and power of the text. The recitation could vary according to the mood or special emphasis desired by the master.

Although many students have expressed the desire to see the Yogautra-s notated and printed, I have always hesitated believing it could replace the traditional method of oral transmission. However, it is my hope that with this publication, those who cannot regularly work with a master, can still move in the direction of good chanting. It is also my hope that it will create an earnest interest in chanting that can eventually lead to the study of these precious teachings with an accomplished master.

The book presents two versions of the chanting of the Yogasutra-s. One is in the classical form as taught to me by my teacher, where the sutra-s are chanted in their actual form. While the second version is a simplified version where the classical sutra-s are broken down into shorter sections so that its easier for the beginner practitioner. The notations followed here are based on the method of recitation adopted by my teacher Professor T Krishnamacharya.

The book also presents one of his compositions that honors Patatijali in his original form as Adisesa, the divine serpent who forms the bed for Lord Visnu. Through this poem of eight verses Krishnamacharya offers us a meditative orientation to embrace the grandmaster Patanjali, whose teachings of Yoga provides such a valuable foundation to our way of living even today.

This book also includes some other popular prayers on Patanjali that is commonly recited prior to reciting the Yogasutra-s. 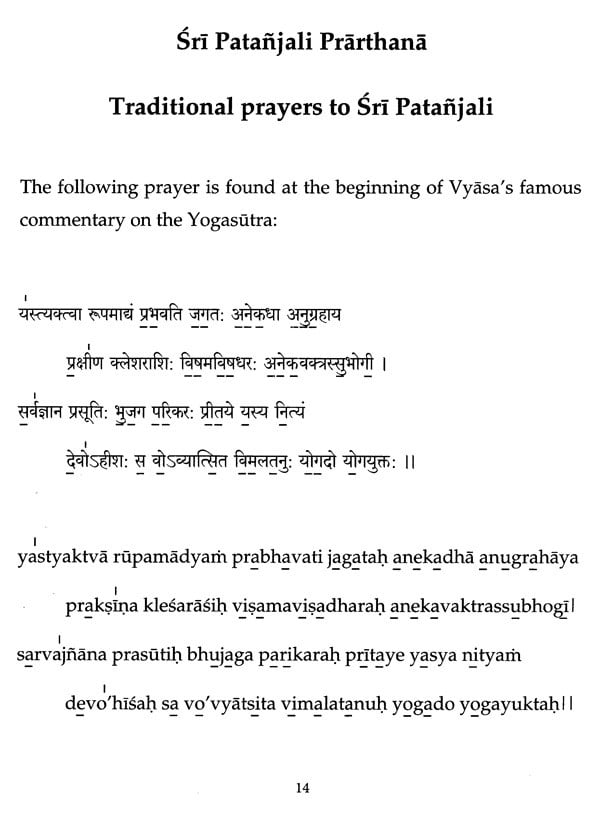 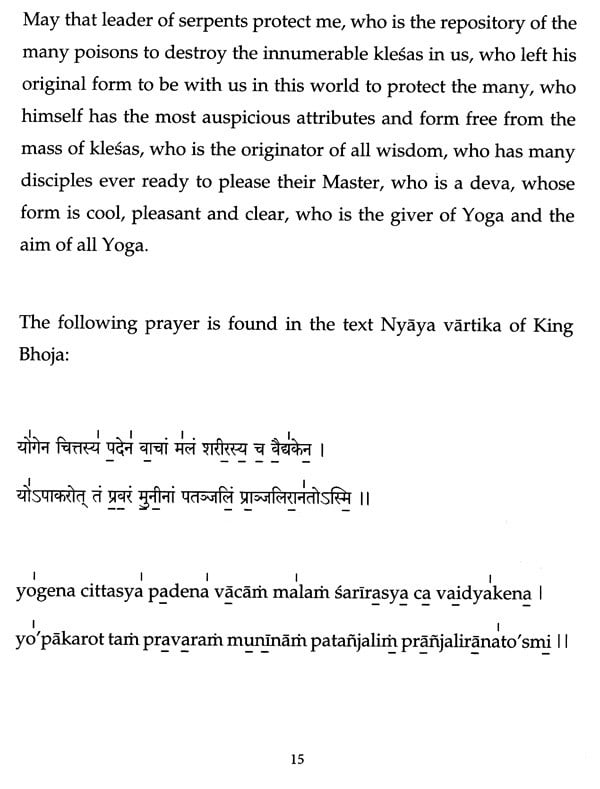 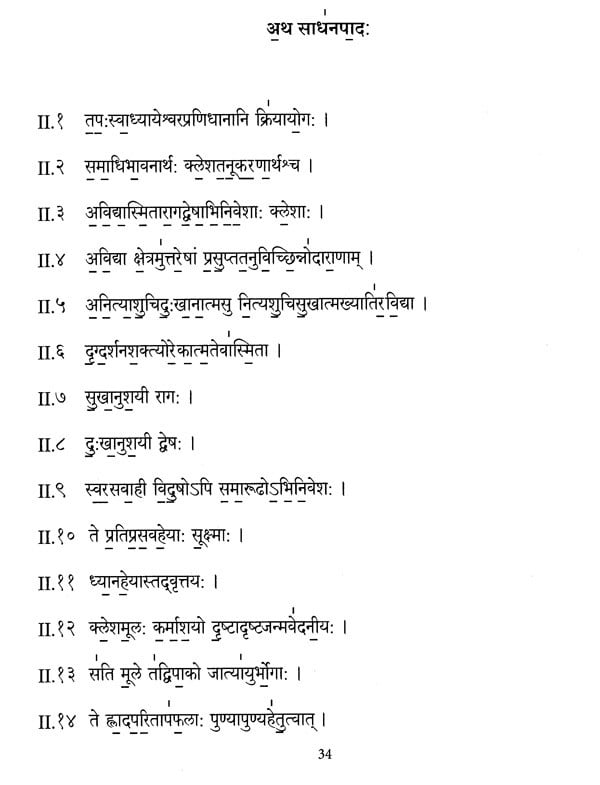 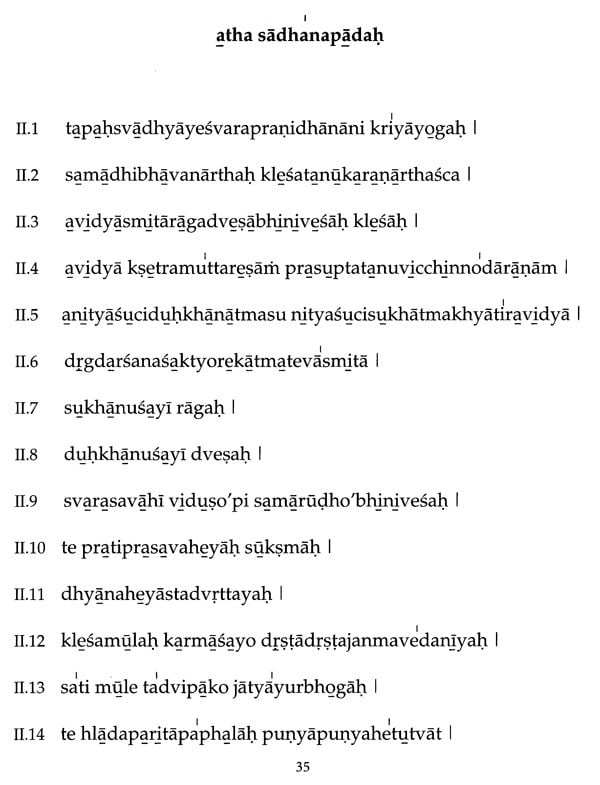 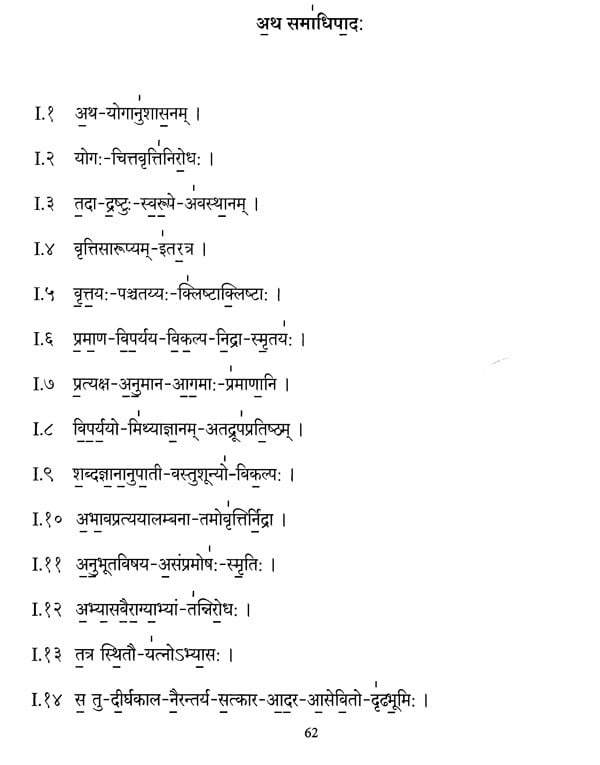 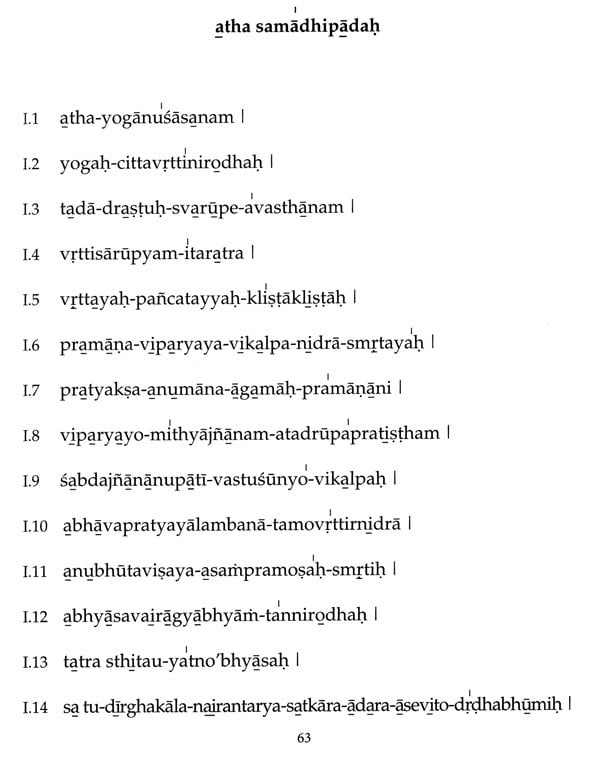