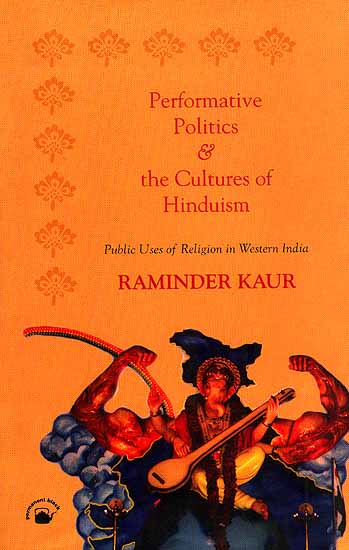 The Ganapati utsava, a major festival of western India dedicated to the elephant-headed god, raises compelling questions about the interplay of religion, spectacle and cultural politics. In a book that spans a century of epochal history, Raminder Kaur considers how the public festival has been interwoven with everyday lives as well as the making of the modern Indian nation.

The festival was mobilised as a potential vehicle for political critique in the 1890s, pre-eminently by Bal Gangadhar Tilak. Its success lay in combining entertainment with veneration, which meant that the event could not be easily prohibited by the colonial state. While the success of the mobilisation is widely acknowledged as the work of Tilak, this study shows that other, less-known community leaders were active, if not pioneering, in the festival's more public transformations.

In contemporary India, this kaleidoscopic event is of interest to various bodies: to political parties such as the Shiv Sena, the BJP, and the Congress; to media conglomerates which sponsor competitions associated with religious rituals; and to the police and regulating organisations of the state which strive to keep religious festivity 'clean' of criminality and excessive political manipulation.

At the level of community life and everyday bhakti, Raminder Kaur shows that the audio-visual aspects of the festival are crucial to its enduring appeal among large sectors of India's populace. This is evident, for instance, from the emergence of martial representations of Ganapati and the development of shrine tableaux that provide commentaries on issues of historical and topical interest-such as the freedom struggle, contemporary political corruption, and the nuclear rivalry with Pakistan.

As such, this book deploys a single major cultural and religious event to study the variety and cultures of contemporary Hinduism, and their complex histories. It is an outstanding monograph which will interest every serious student of Indian politics, cultural history, and anthropology.

Raminder Kaur is a Simon/Marks Research Fellow at the University of Manchester. She completed her Ph.D. on the Ganapati festival at SOAS, University of London. She is co-editor of Travel Worlds: Journeys in Contemporary Cultural Politics (Zed, 1999) and co-author of the forthcoming Liquid Notions: Critical Reflections on Diaspora and Hybridity (sage).

'A Trunk Full of Tales'

The stockbroker harshad Mehta looks remorseful in prison for his role in the Mumbai Stock Exchange scam of 1992. Riots between Hindus and Muslims ravage the city of Mumbai in that year. The actor Sanjay Dutt sits opposite, his dark glasses giving the lie to the Menon Brothers who were implicated for the Mumbai bomb blasts that scarred the city shortly afterwards, in 1993. The irrepressible don Dawood Ibrahim speaks into his cellular phone from Dubai, ordering his henchmen where to hit next. And the astronaut Rakesh Sharma swings above in his silver suit looking down at the pettiness of the planet below.

You would be forgiven for thinking that this was a description of a clip from yet another Bollywood blockbuster. It was in fact part of a series of vignettes placed around the Hindu deity, Ganapati, During the period of the annual festival, the Ganapati utsava, Ganapati-literally 'lord of the hordes'-is the most frequently cited name for Ganesh in Maharashtra. The deity is considered vighmaharta ('remover of obstacles'), sukhakarta (one who creates happiness and peace), and duhkhaharta (one who removes pain and sadness). As the scribe of the Mahabharata, he embodies wisdom, yet also mischief. He is considered fearful and warrior-like, yet benign and beneficent. Effectively, he is an ambivalent god, ideally thought of as lying on the threshold of the divine and mundane realms by Hindu devotees (Court right 1988: 84-5)-a teller of mythical tales, but also a feature of much more earthly tales-as shown by the profusely illustrated festive tableaux.

I literally fell into the festive celebrations in 1991 when a very forceful woman pulled me out of a taxi in central Mumbai. I was trying to take a photograph of an immersion party on its way to the Arabian Sea. In subsequent year I participated more willingly, seeing the elaborate tableaux being constructed, joining in with the attendant rites and activities, and accompanying festival competition judges throughout Maharashtra's two foremost cities, Mumbai and Pune, for the celebration of this festival. From 1993 the festival became the focus of more extended research into the relations between visual culture, festival praxis, and nationalism. This book is the fruit of that labour.

During the main fieldwork period of sixteen months from August 1994, the forces of Hindutva (the Sangh Parivar) were on the ascendant in their political hijacking of religio-cultural icons, sites and events for a militant Hindu nationalism (Basu et al. 1993; Pandey 1993; van der veer 1987, 1994). This grouping mainly included a fraternity of right-wing organisations consisting of the Bharatiya Janata Party (BJP), the Rashtriya Swayamsevak Sangh (RSS-which translates as National Volunteer Organisation), the Vishwa Hindu Parishad (VHP-or World Hindu Council), the Bajrang Dal (Bajrang Army), and, from 1984, the Mumbai-based party, the Shiv Sena (Shivaji's Army). Hindu militancy invariably had its repercussions on the Ganapati utsava in Maharashtra, particularly through the involvement of the Shiv Sena in the region. Due to its public nature, the festival was increasingly used to propagate ideas conducive to the Hindutva project, comparable to the 1890s, when it was first mobilised in the political arena. Topical matters of the type that I have described above were often filtered through Hindutva-influenced narratives in mandap tableaux. However, Hindutva co-option of the festival was not the only political dynamic-which fact is often overlooked within the ever-growing literature on contemporary pubic events that associates Hinduism, sometimes simplistically, with communalism. The presence of a Hindu god in the pubic field need not be a prefix for communalism. Indeed, the festival also acted as a discursive site of counteracted exclusivist movements such as those associated with Hindu nationalism.

Religious Revivalism as Nationalist Discourse: Swami Vivekananda and New Hinduism in Nineteenth-Century Bengal
By Shamita Basu
$24.75
Out of Stock
$33  (25% off)

The Nadars of Tamilnad (The Political Cultural of a Community in Change)
By Robert L. Hardgrave
$30.75
FREE Delivery
$41  (25% off) 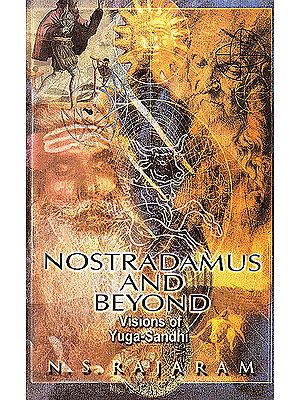 Religious Revivalism as Nationalist Discourse: Swami Vivekananda and New Hinduism in Nineteenth-Century Bengal
By Shamita Basu
$24.75
Out of Stock
$33  (25% off)

The Nadars of Tamilnad (The Political Cultural of a Community in Change)
By Robert L. Hardgrave
$30.75
FREE Delivery
$41  (25% off)

The English Writings of Rabindranath Tagore (Volume Three)
By Sisir Kumar Das
$62.25
FREE Delivery
$83  (25% off)
Add a review
Have A Question