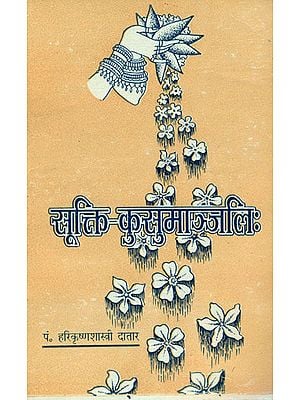 $12.50
Quantity
Ships in 1-3 days
Notify me when this item is available
Post a Query

It is not necessary to say to the learned belesprits, who soever may be eastern or western, that the Sanskrit literature, ancient or modern is in fact omnipresent. Antique Vaidik literature as well, as non-Vaidik Sanskrit literature including sanskrit history as Ramayana by Walmiki and Mahabharata by Vedawyasa; Sanskrit mythology as eighteen Mahapuranas and eighteen Upapuranas and a number of religious Smritees are indeed a literary magnum opus for their uniqueness among various spheres of expounded subjects as devotion, metaphysical doctrines, principles of renunciation and reverance, religious precepts and ethical dictums. Thus mejudice or in my own opinion this Sanskrit literature actually holds the paramount place amongst all the literatures, especially antique literatures of the universe and consequently has been extremely admired as a facile princeps in India and abroad by all the gens de letters.

The main object of whole sanskrit literature is variously to explain the intellectual aspects of the principles and doctrine of salvation. The oldest sacred book of the world the Vedas reveals and explains the inter-complicate thoughts of Karma (Act), Upasana (Devotion) and Dnyana (Wisdom). The upanishads, the last portion of Vedas, especially expound vividly Dnyana as perfect and true wisdom of Brahma, a cosmic supreme power. Aforementioned Sanskrit history and Puranas depict exaggratively the pious doctrines and thoughts of the Vedas and very clearly expand the metaphysical theme as well, as theological motive along with the importance of Karma (Act), Bhakti (Devotion) and Satya Dnyana (True knowledge) during human life. In accordance with Sanskrit mythological aspet the holy wisdom creates the sacred emotion and this emotion or feeling produces the pious deeds in order to achieve the permanent and true rapture during the life of devotees and righteous persons.

By different systems, all the schools of Sanskrit philosophy direct and explain the Prama, tatwadnyana (exact and correct wisdom) of Sat-Chit-Anand Parabrahma (True, Dynamic and Raptureous Cosmic Supreme Power) to the curious righteous pupils. Although the various systems of Sanskrit philosophy show the different methods in order to achieve the salvation for human spirits, but aforesaid schools and their systems give the equal importance to the Tatwadnyana for Mukti (Salvation) of pious spirits. Thus the true knowledge seems highly predominant in all the branches of Sanskrit philosophy.

Nevertheless that the superior wisdom and also the pious devotion of almighty God are not possible for all the deserving curious devotes to obtain untle and unless they becoe fully qualified by religious and ethical qualities and faculties. These religious as well, as mortal faculties include some pious virtues, such as benevolence, contentment mercy, righteous company, truthfulness, expiation, conscience, piece of mind, purity of heart, social conduct, modesty, proper faith et caetera.

So for, as it is concerned with these classified virtueous faculties, every good common man, inspite of being vicious, vicked and cunning, some how or other wishes to become gentle, polite and civil to achieve them all. But at present era, unfortunately the common people and especially the youths are affected by unhealthy and unfavourable circumstances, environments and surroundings. Besides all these youths and also their parent or begetters, inspite of having a number of bad feelings like sex, wrath, greed, illusion, arrogance and jealousy, try their best to clean and purify their minds alongwith the hearts by the auspicious thoughts and pious feelings, produced by the precepts, maxims and dictums, so that they may be in a position to make their whole life peaceful and happy.

Now in short, in this book there is a kurz collection of dictums and maxims. Most of them are compiled from the various granthas and some of them are composed by myself in accordance with suitable and proper need. I hope this collection shall help those curious readers, who verlagen to reform and improve their character, ethical moral and social conduct. 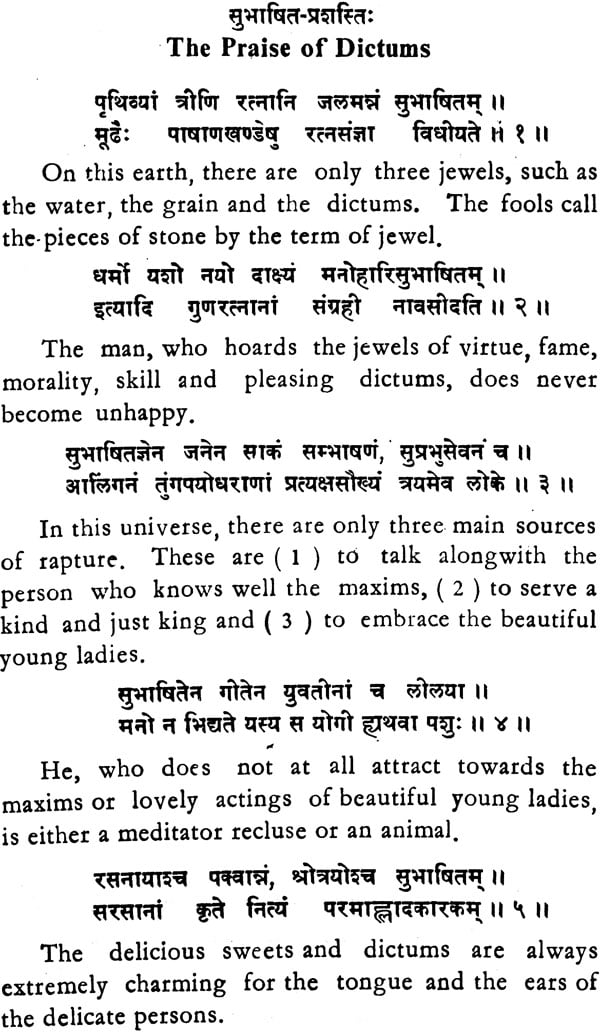 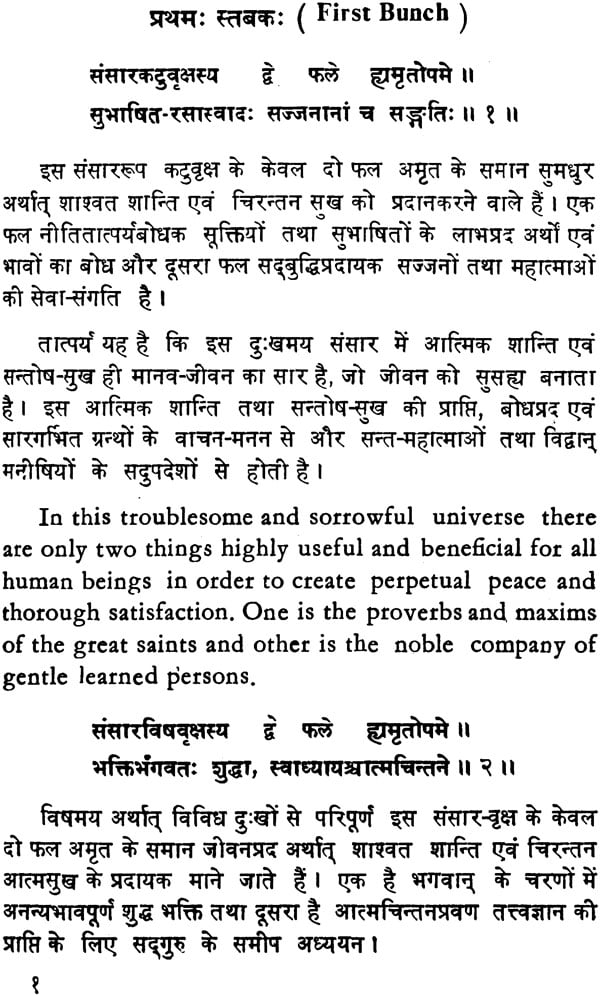 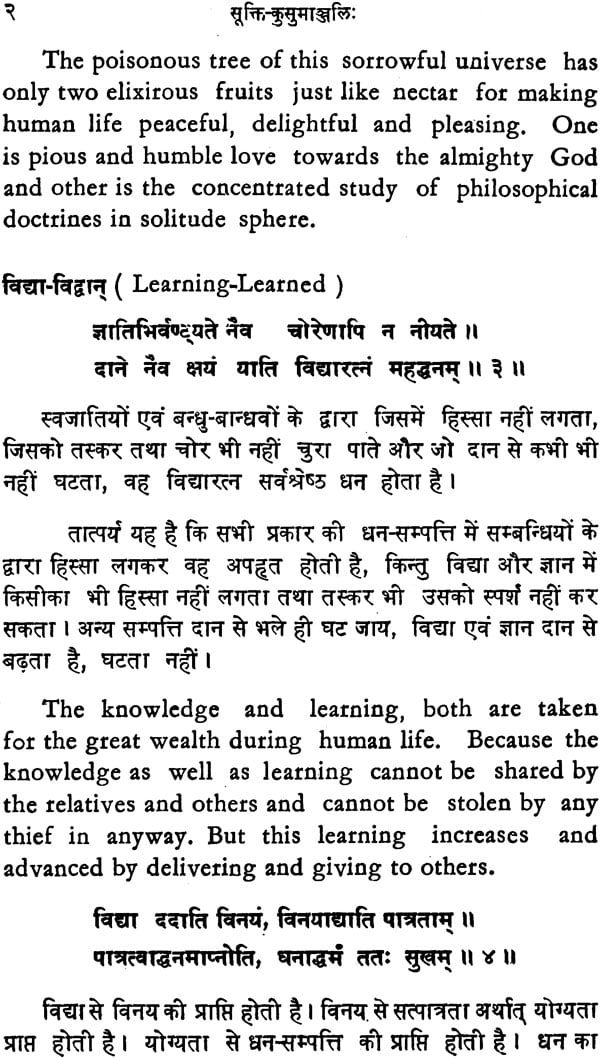 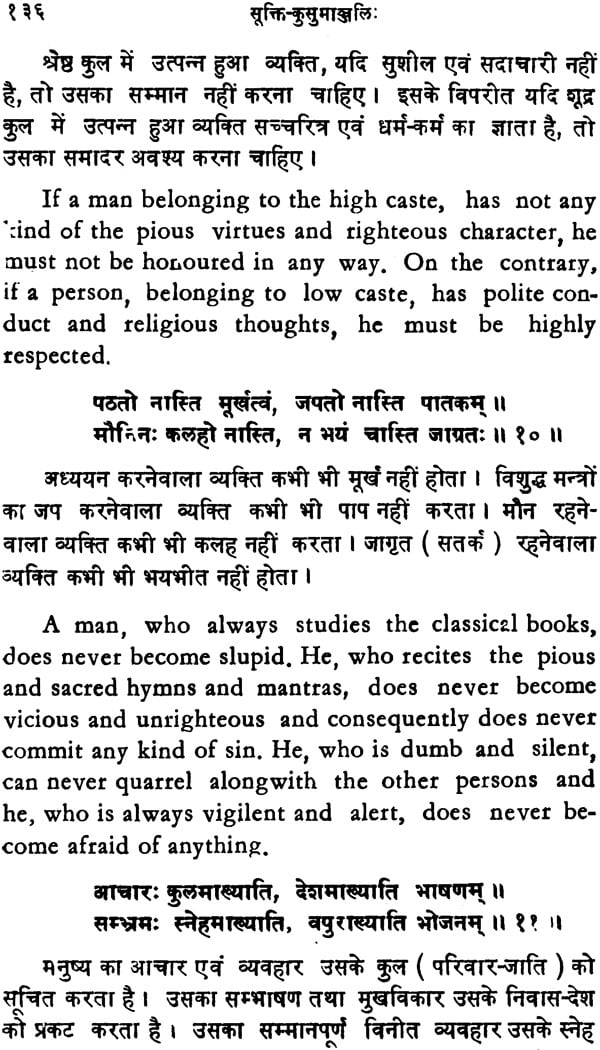 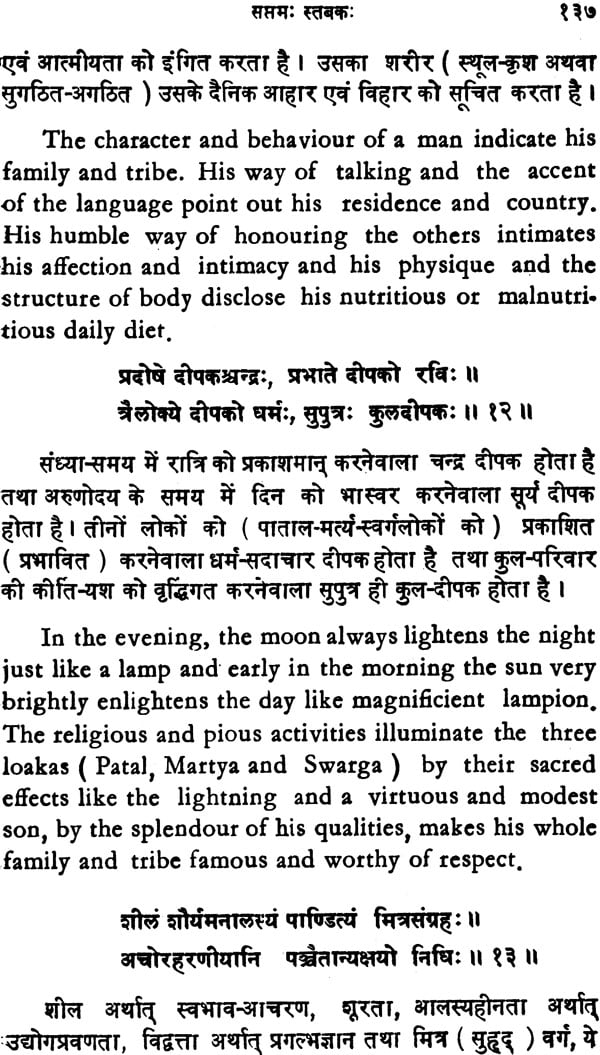 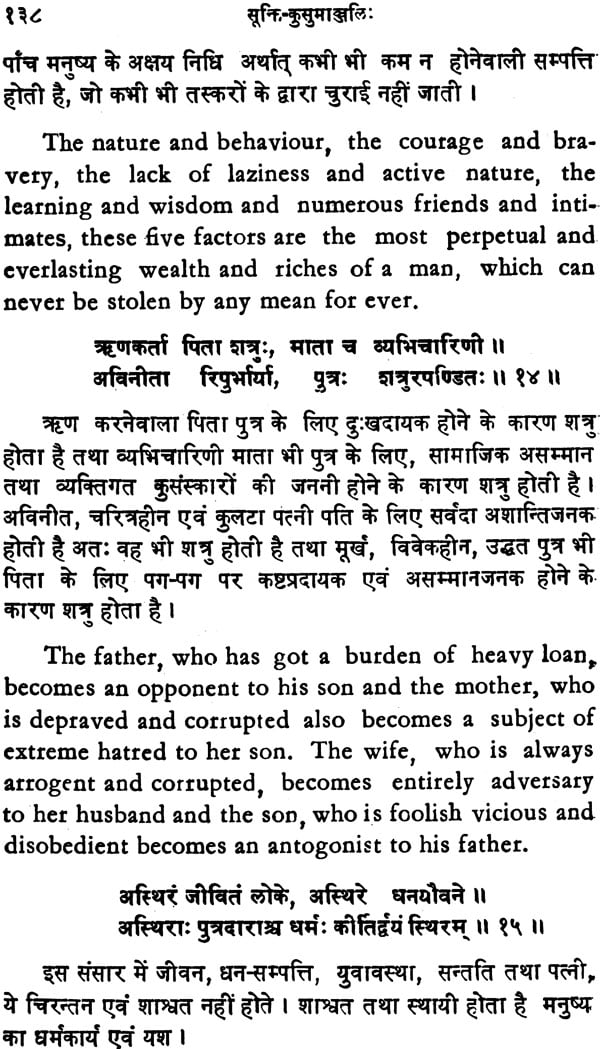 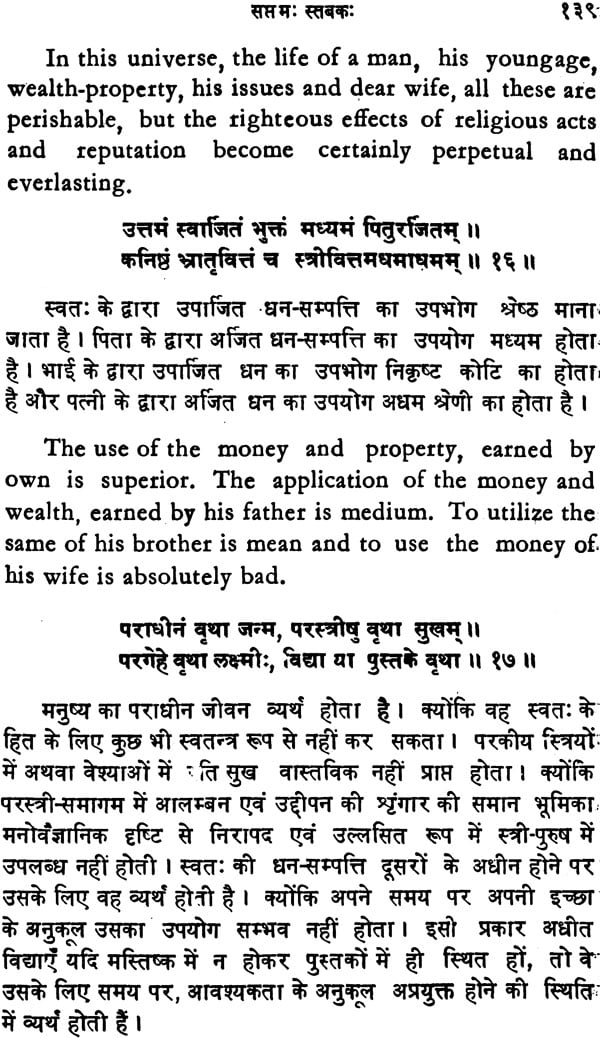 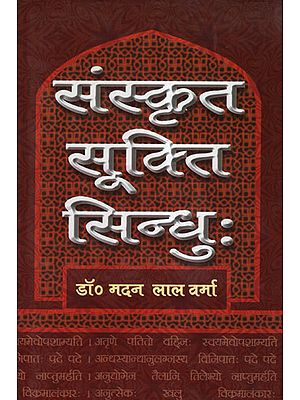 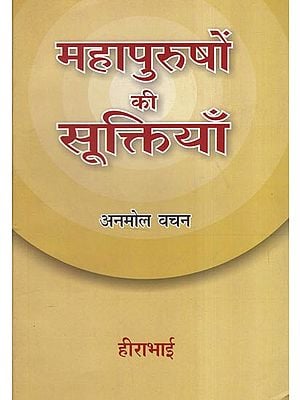 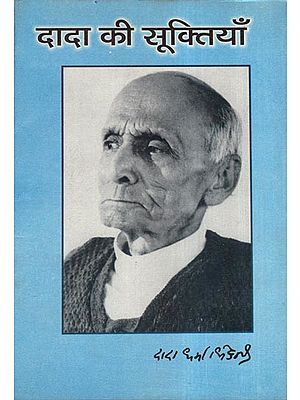 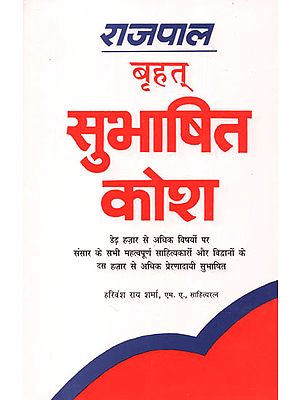 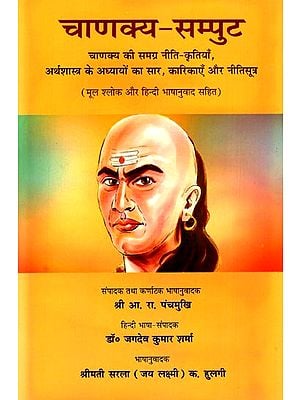 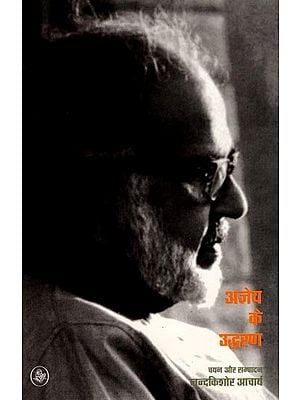 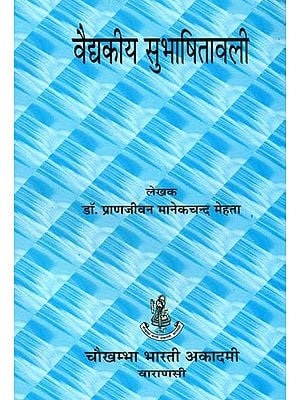 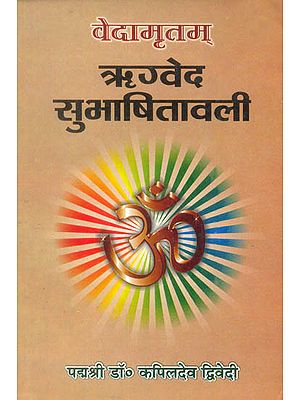 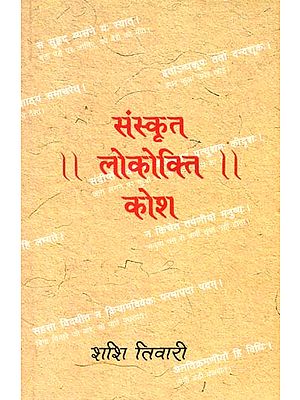 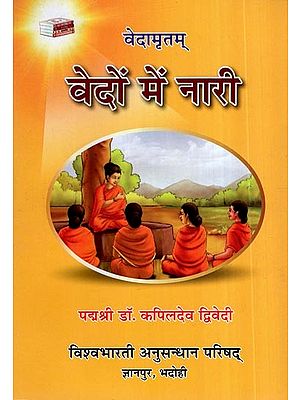 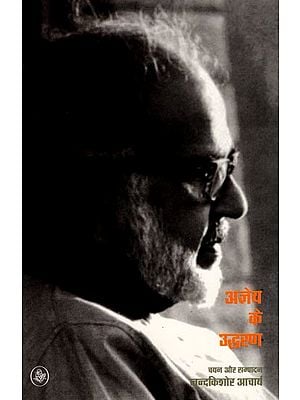 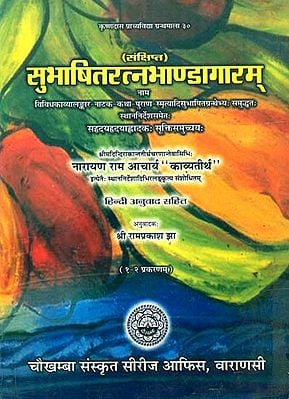 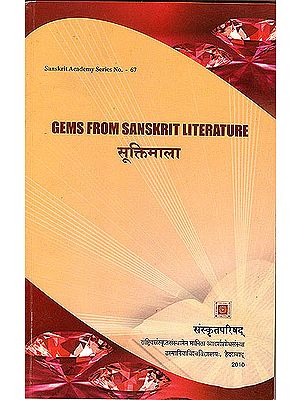 Gems from Sanskrit Literature: A Book of Quotations
By Dr.K.Varalakshmi
$14.50 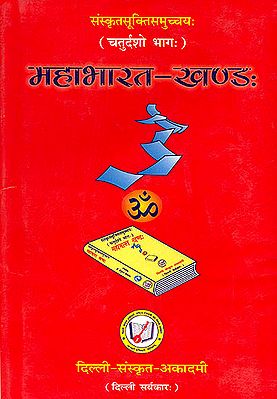 Quotations from the Mahabharata (Sanskrit Text with English Translation) - Arranged Subjectwise
By Dr. Shri Krishan Semwal
$30.00
Out of Stock