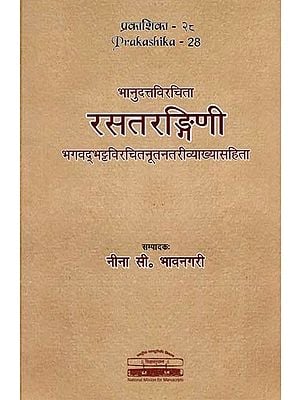 The experiences and knowledge from our past are recorded in manuscripts which have been handed down to us over several thousand years. The Government of India, through the Department of Culture, took note of the importance of this vast tangible heritage and, in order to preserve and conserve as well as to make access to this wealth easy, established the National Mission for Manuscripts (NMM). In order to disseminate the knowledge content of manuscripts, the NMM has taken up several programmes such as lectures, seminars and workshops. NMM_ has published the proceedings of the above-said programmes under the following series: "Samrakshika" (on conservation), "Tattvabodha" (comprising lectures based on manuscripts delivered by eminent scholars), "Samikshika" (research- oriented papers presented in the seminars), and "Kritibodha" (transcribed and edited texts prepared at advanced level manuscriptology workshops conducted by NMM). NMM has taken up a project for publishing rare and unpublished manuscripts in three forms: (a) facsimile, (b) critical edition with annotation, and (c) critical edition with translation. This series has been named as "Prakashika". This volume, is twenty-eighth in the Prakashika Series. - This book is the critical edition of Natanatari- vyakhya, a remarkable commentary by Bhagavadbhatta on Rasatarangini, a famous treatise of Bhanudatta on rasa theory. Bhagavadbhatta was a learned Sisya of Asadharabhatta, a renowned scholar on poetics from Gujarat. The Nitanatar7is found ina single manuscript preserved in Oriental Institute, Baroda. It presents Niétanatari along with Rasatarangini text corresponding to the commentary, an introduction and elaborate notes. This is an attempt to introduce a versatile but unknown scholar who lived between eighteenth and nineteenth century in Gujarat, and thus to throw light on the meritorious contribution of Gujarat to Sanskrit Sastric literature.

Dr Nina Bhavnagari did her postgraduation in Sanskrit (Alamkdarasastra) and was awarded M.P. Dave Gold Medal. The research project on critical edition of Vicaradipa, a treatise on poetics by Bhagavadbhatta earned her PhD. She had a long academic career, and several of ‘her books have been published including Vicaradipa with an Introduction and English translation. She has presented many research papers in seminars and conferences of national level and they have appeared in reputed journals and magazines.

Some scholars from Gujarat who contributed a few significant works on Sastric literature are little known to the Sanskrit world. After Hemacandracarya, and his pupils particularly, history has taken little note of such scholars. Small issues on Sanskrit poetics have been treated by stalwart teachers with the purpose of introducing them to their pupils in easy comprehensive style. ASadharabhatta was one such pandita. Rasa theory, sabdagakti and such other topics were discussed in brief in prakarana granthas like Kovidananda, Trivenika and Rasikananda by him. He seems to follow the tradition of such treatises set by Bhanudatta in his Rasatarangini. His pupils carried on the tradition. Bhagavadbhatta was one of them.

The present work is a critical edition of Nitanatarivyakhya written by Bhagavadbhatta on the famous treatise Rasatarangini by Bhanudatta on rasa theory. The critical edition of Nitanatarivyakhya is prepared by Dr Nina Bhavnagari depending on the single codex manuscript of the work. The commentary has not been published so far. The readers will be interested in the vyakhya written by a Gujarati scholar, unknown up till now.

Dr Bhavnagari, with an eye for detail, has painstakingly prepared the critical edition of this hitherto unknown manuscript along with its English translation.

It gives me immense pleasure to present this commendable work to the scholarly world.

Gujarat has voluminously and meritoriously contributed in almost all the areas of Sanskrit learning and literature be it poetry, drama, philosophy, history, grammar, linguistics or criticism. Many scholars and literarists hailed from this region. Kapilmuni, the great propounder of Sarikhyasitra (Siddhapur), Durgacarya, the renowned commentator on Nirukta, Kalikalasarvajna Hemacandracarya and his pupils, anumber of other Jaina acaryas like Muni Punya-vijayaji, a scholar on manuscriptology, the famous poetician and grammarian Asadharabhatta, Bhadeva Sukla — many names are to be counted in Sastric tradition. A few attempts have been made to record this voluminous and meritorious contribution across centuries. The name of Aégadharabhatta (seventeenth century) among these scholars is quite well known to Sanskrit scholars as two of his prakarana granthas are published. An equally erudite, learned and versatile vandita, Bhagavadbhatta was a direct pupil of Asadharabhatta but his name is still unknown to Sanskrit scholarly world. He has given a couple of Sastric works. The first one is Vicaradipa, a small technical treatise on sabdagakti, available in a single codex manuscript preserved in Chunilal Gandhi Vidyabhavan, Surat. It is critically edited by this editor and has been published by Bharatiya Kala Prakashan, New Delhi (2006). The other work of Bhagavadbhatta is a scholarly commentary named Nuatanatarivyakhya on the famous treatise Rasatarangini, a popular work by Bhanudatta on rasa theory. This commentary is available in a single manuscript along with Rasataran gini text from Oriental Research Institute, Baroda.

S.K. Deand P.V. Kane have taken note of this commentary in their works on the history of Sanskrit poetics. An attemptis made here to prepare the critical edition of N fitanatartvyakhya with the text of Rasatarangini. This post-doctoral research work was taken up by this editor as a Minor Research Project aided by University Grants Commission (UGC). The publication of this edition would, it is expected, throw more light on the valuable contribution of Gujarat and would introduce the name of Bhagavadbhatta who was hitherto unknown to the Sanskrit scholars of India, as he is an equally learned sisya of ASadharabhatta.

Critical edition on the basis of a single codex manuscript is a serious and painstaking job which can hardly be accomplished without academic support from scholars. It was my revered teacher Dr R.I. Nanavati who not only trained me in such kind of research work but also guided and supported me at every step. I find no words to express gratitude towards him. After completed my critical edition on Vicaradipa and it was published, Dr Gautam Patel suggested that I should continue my work with Nitanatari also. I take the opportunity to offer my regards to Gautambhai. Late Dr M.L. Wadekar, the officiating director of Oriental Institute, Baroda helped me avail the digital copy of the manuscript. I remember him with hearty thanks at the moment. I am gratified towards the authorities of UGC for their grants to prepare this critical edition under Minor Research Project. Dr B.K. Bhatt and Dr M.S. Padvi (both as principal of M.T.B. Arts College, Surat) encouraged and provided me library facilities. I express my gratitude to them also. Dr Punita Patel, my research student, has put her sincere and strenuous efforts in preparing computerized copy of this work. It will be ungrateful not to mention her name. Purna, my younger sister, has helped me in preparing appendices, it will be hurting if I thank her and it will be a crime not to accept her support. I express my sincere thanks to all those friends who have directly or indirectly helped me in completing this laborious task. National Mission for Manuscripts accepted my proposal to get this work published. I am highly gratified towards the authorities of the Mission. I hope, this book will prove instructive, and interesting to the scholars of Manuscriptology. 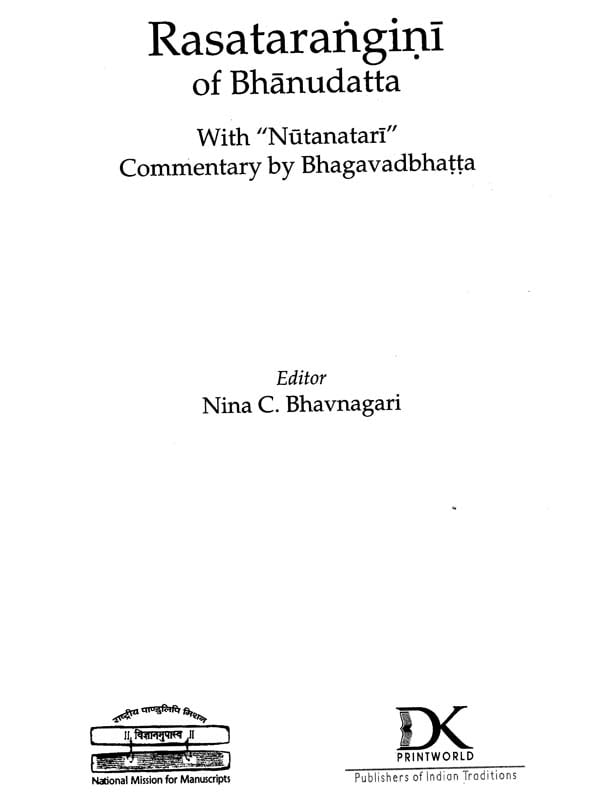 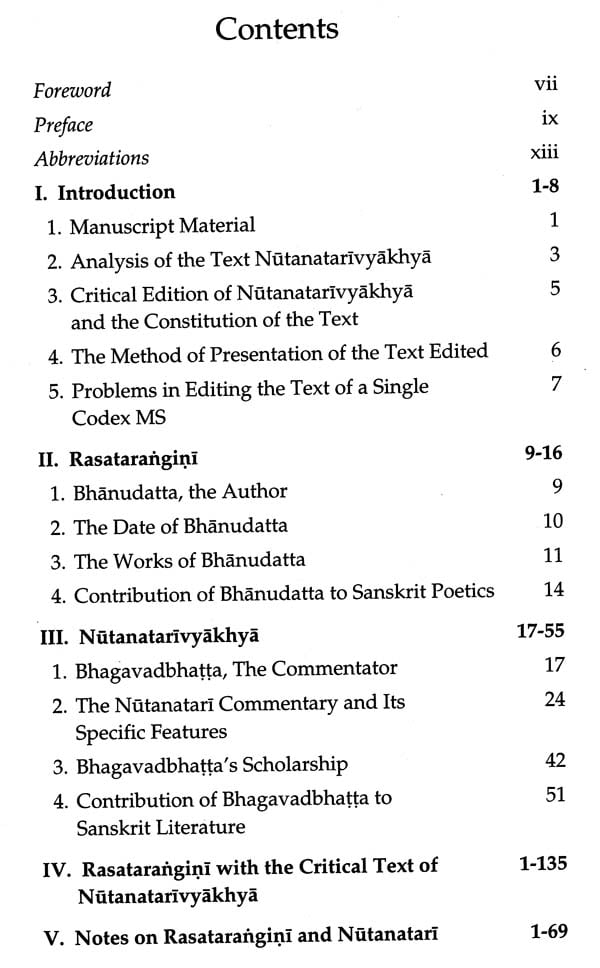 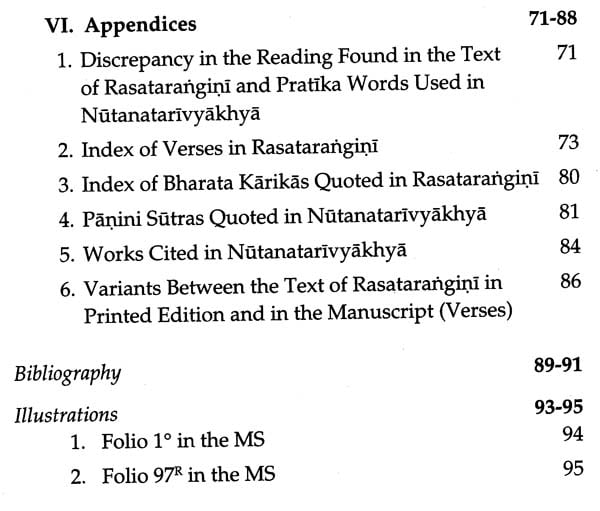 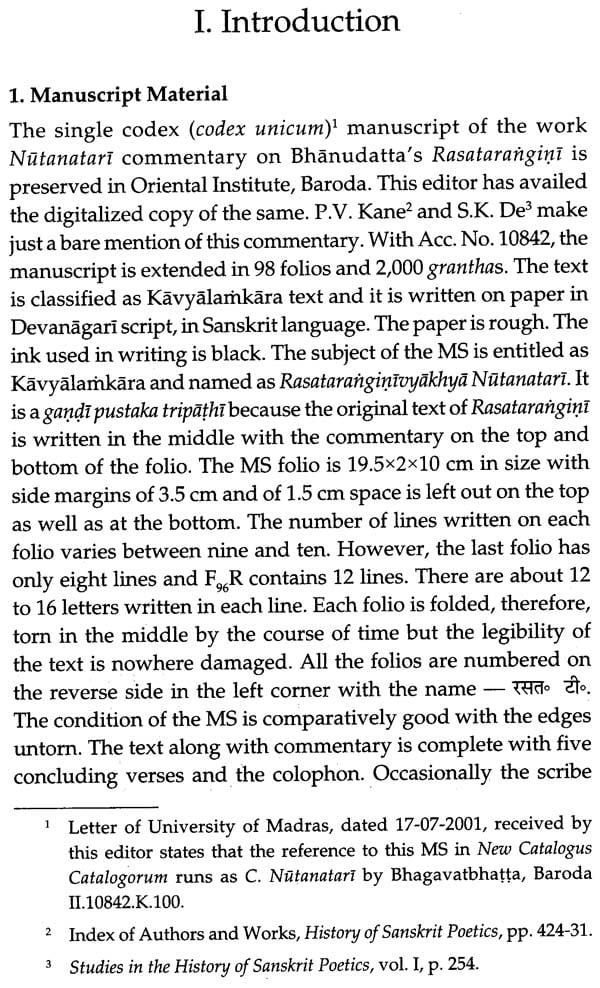 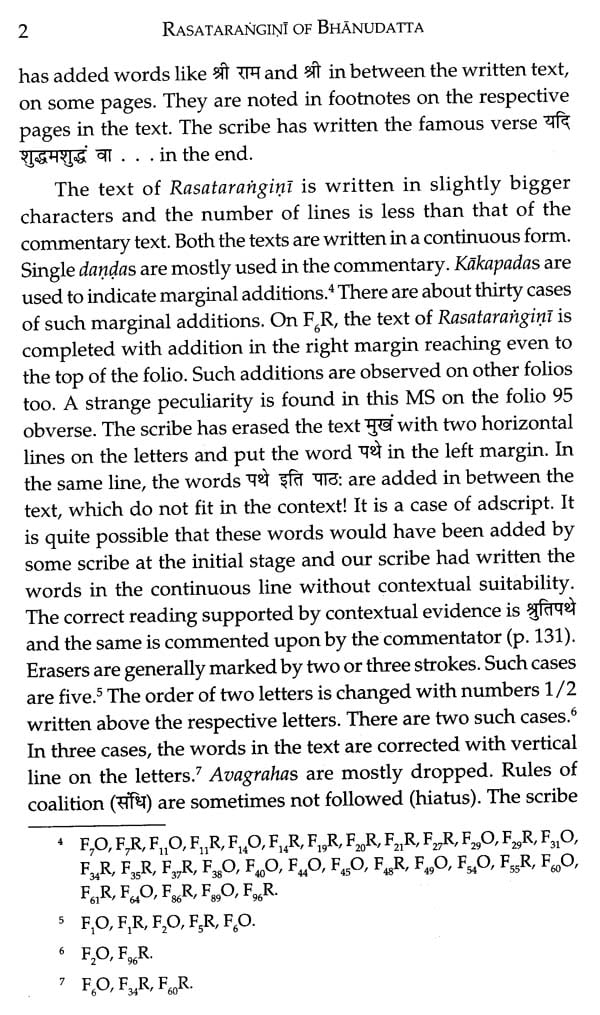 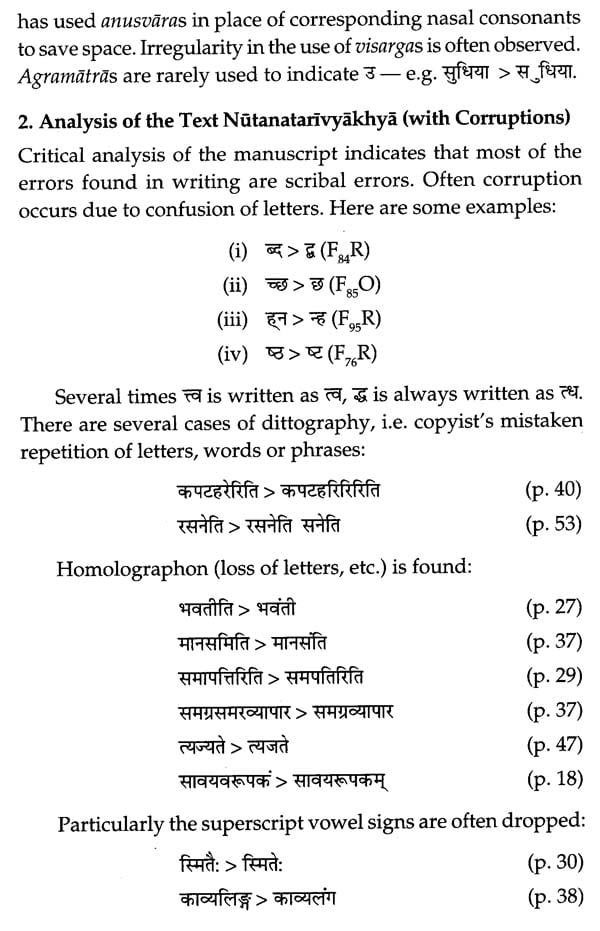 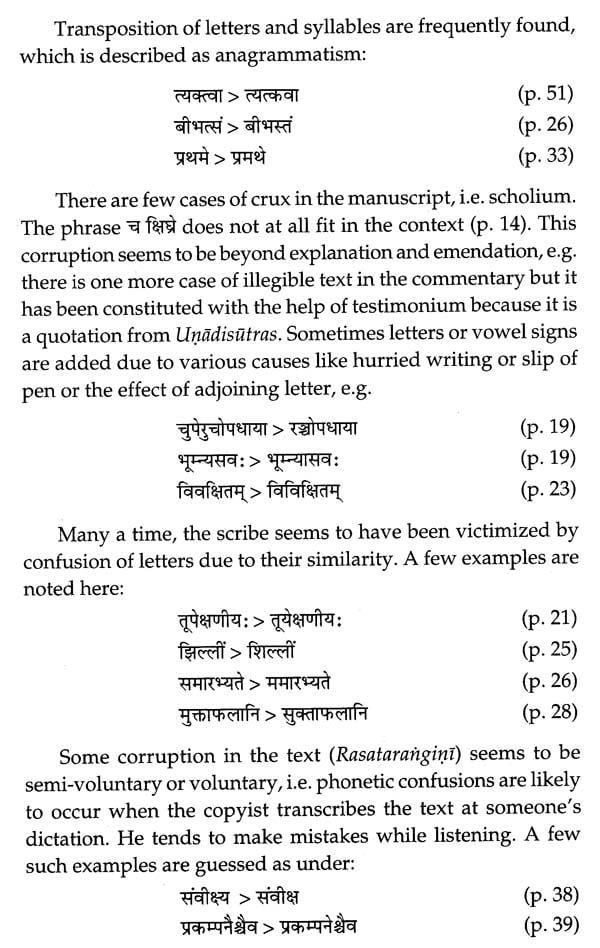 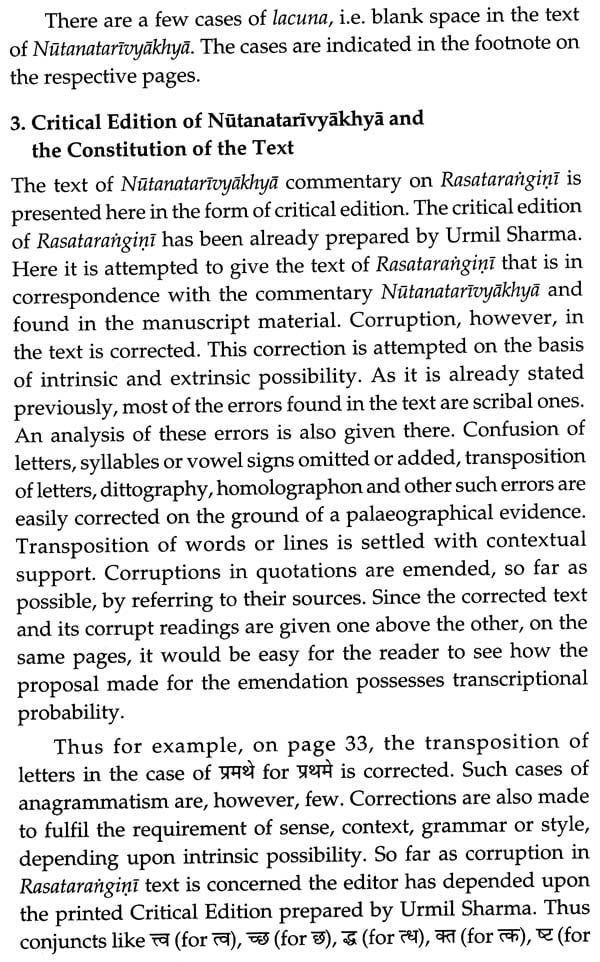 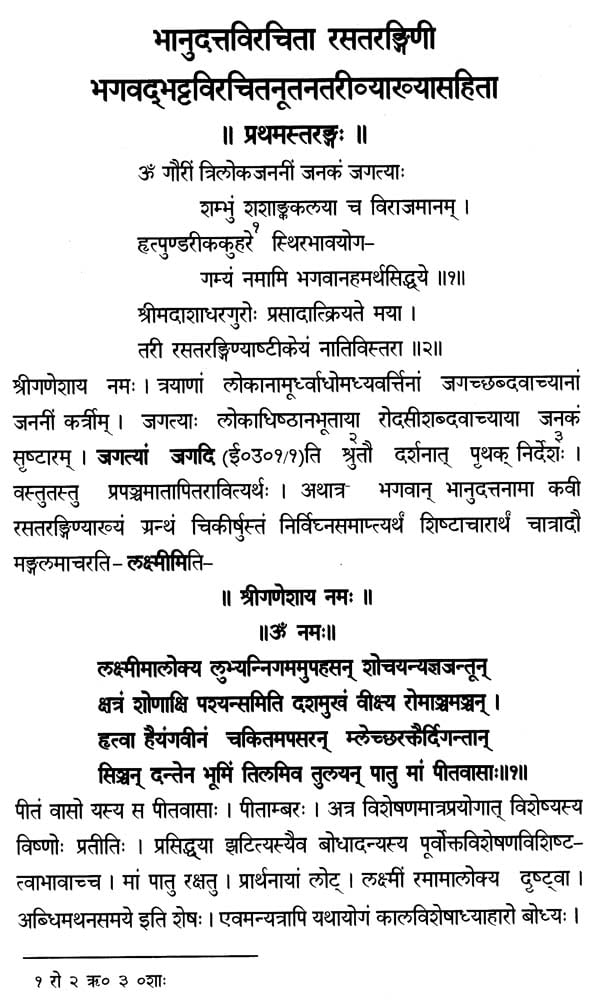 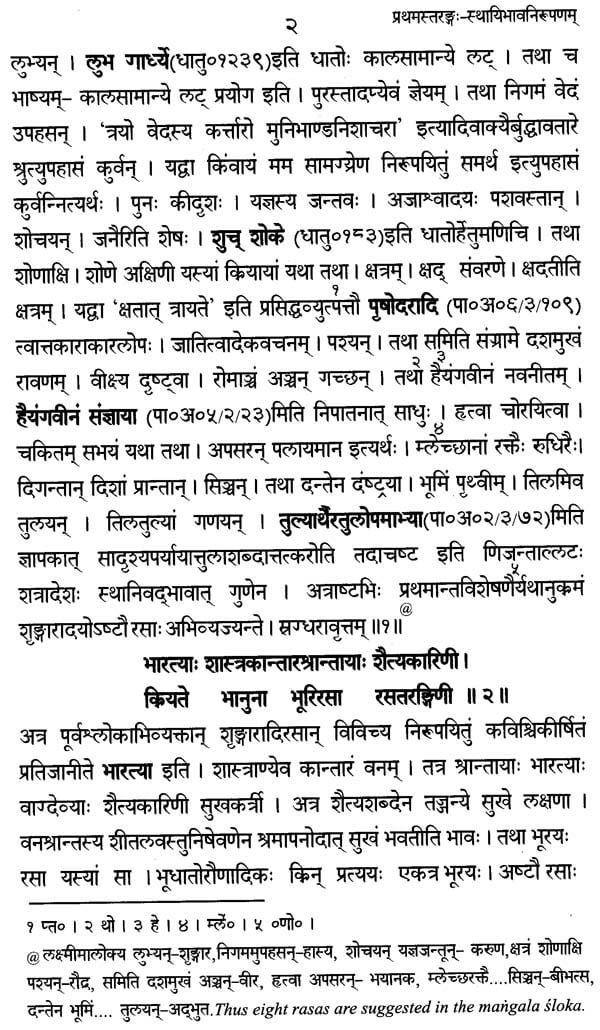 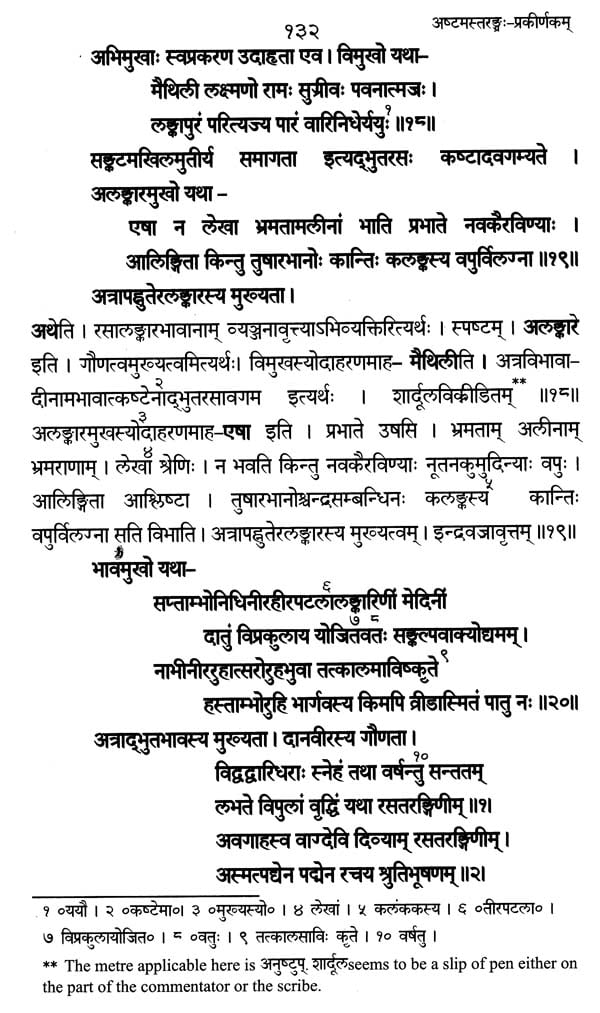 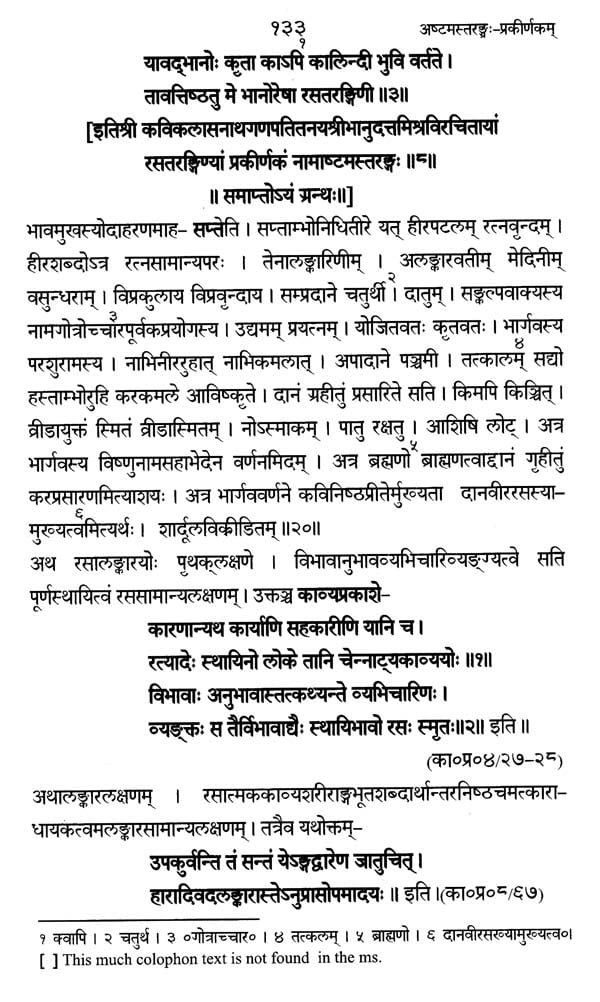 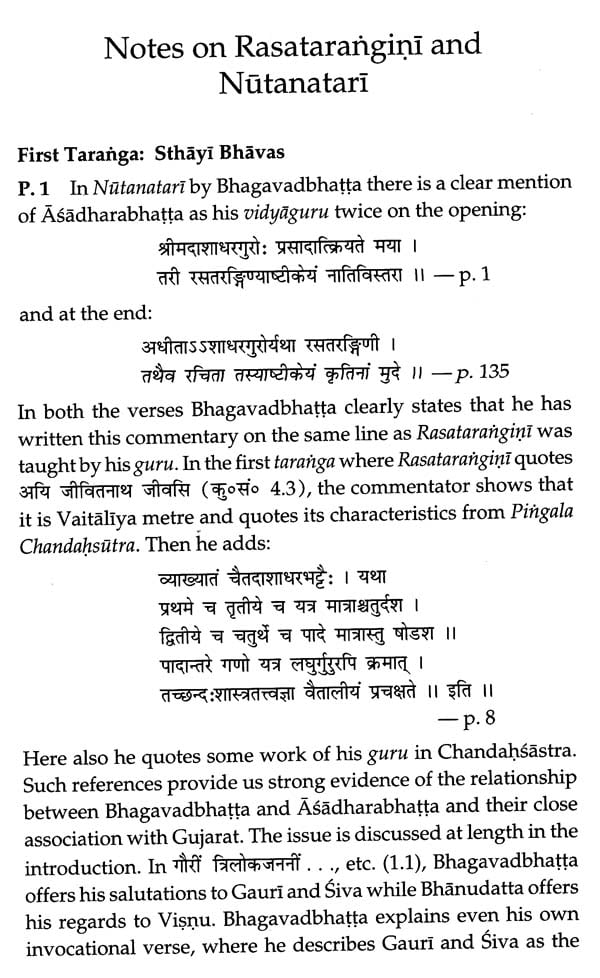 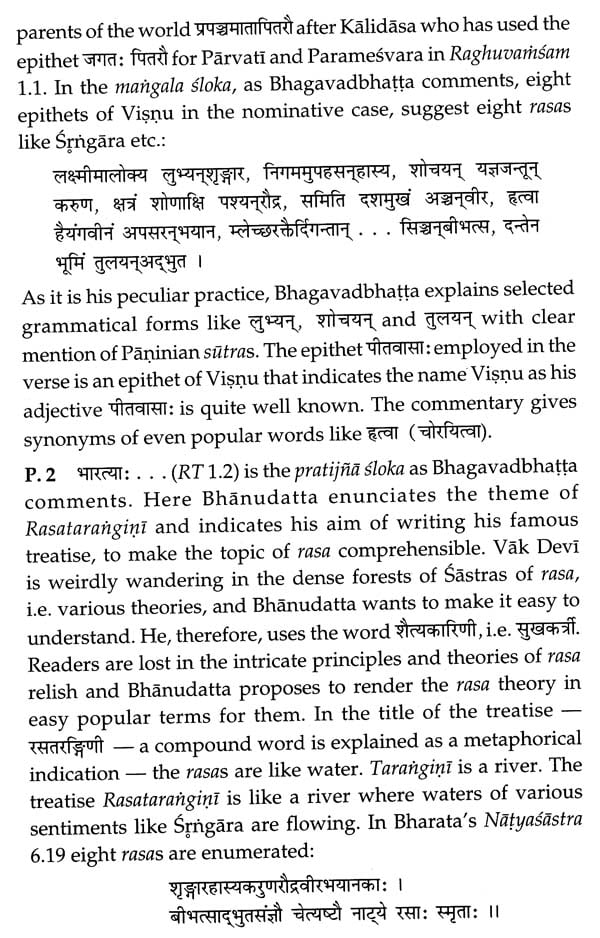 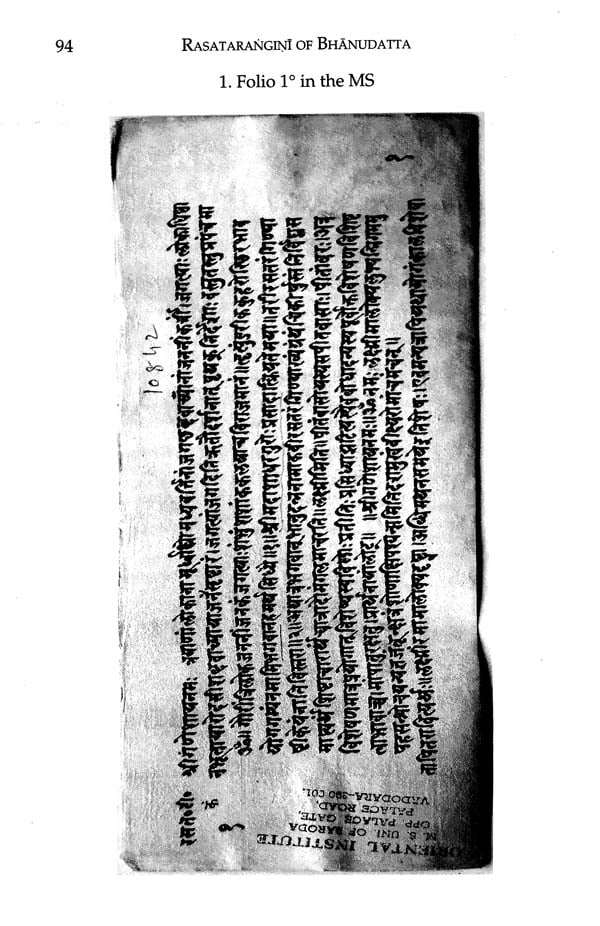 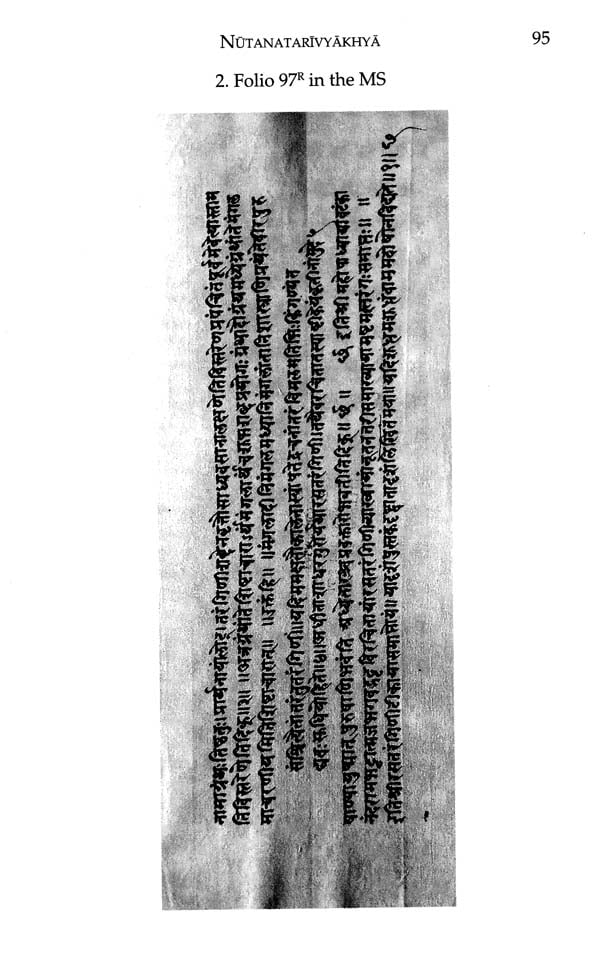