Sarvajna, 16th century, saint and moralist, occupies a unique place in Kannada literature. His Sayings, which contain his observations on the art and importance of living, on the meaning and purpose of life, and on the ways of the world are universal in their import, for they speak of the basic human nature itself. His ready wit weaves patterns of beautiful imagery out of familiar scenes of everyday life.

Although Sarvajna chose for his medium the 'Triplet', the indigenous Kannada metrical form of folk poetry, he breathed a new life and vitality into it and turned it into a charming and powerful vehicle of expression. Brevity, simplicity and epigrammatic terseness are some of the characteristics of his style.

K.B.Prabhu Prasad (b. 1929), the author of this monogaph, is an eminent writer. His important works include Hawdona Baa (collection of lyrics) and Degulagela Dariyalli (travelogue) in Kannada. He has also written a number of books for children in Kannada and has translated some of them into English.

In this monograph Prabhu Prasad gives a vivid account of the life and Saying's of Sarvajna, for the benefit of the non-Kannada reader.

When I agreed to write a monograph on Sarvajna for the M.I.L. Series I did not fully realise what a tough job it was going to be. I began to realise it only after I started scanning the available material and exploring the field for some more.

The first difficulty was in collecting authentic biographical information. It is very scanty and what little is available is based not on any historical evidences but myths and stories in vogue. It is very strange and also very sad to note that no other poet either of contemporary times or of later centuries has made a mention of Sarvajna as a poet in spite of his being so popular. Even those who have collected and compiled his triplets have not got much to write a biographical note on him.

So in writing about his life I had to base my conjectures only on the first fourteen poems of biographical hints (the authenticity of which is questionable and they could be interpolations) supported by probable interpretation of some other poems which may be considered as internal evidences.

Regarding his poems the only difficulty is to differentiate the interpolations from the genuine ones.

The first collection of Sarvajna's Vachanas (sayings) in the modern book form was some three hundred poems published by a German Missionary Rev. Father Wirth in 1868 and later as complete works of Sarvajna by Rev. Uttangi Channappa in 1924. The Kannada readers are deeply indebted to Rev. Channappa for his assiduous efforts in bringing to light the complete collection of Sarvajna's sayings which were scattered out in different palm-leaf manuscripts lying in some dark and dusty lumbers and some in bazaar editions of printed books. Rev. Channappa compiled and edited these collected sayings and wrote a long and inspiring preface to it. It revived the people's interest in Sarvajna. This edition contained 1928 triplets which grew in number to 2100 in the revised second edition. The Uttangi Edition had been accepted as authentic and authoritative until the publication of Paramartha, a collection of Sarvajna sayings found in a palm-leaf manuscript of Mysore University collection, edited by Dr. L. Basavaraju, Professor of Kannada and a reputed scholar of a high research calibre having many research works to his credit. This edition was published by Bangalore University in 1980. Dr. Basavaraju has given and analysed all the available versions of each poem and has pointed out with resources what he would consider as the correct authentic version. He has also pointed out many flaws in the Uttangi Edition. This edition contains 948 + 54 triplets accepted as authentic poems of Sarvajna.

What is interesting and also very surprising about this version is that the ankitanama (i.e. the identification name suffixed to the last line of every triplet) is Paramartha and not Sarvajna as hitherto found commonly in all other manuscripts. This is the only manuscript found so far bearing this ankitanama. This has raised a controversy about the actual ankitanama adopted by the poet. Dr. Basavaraju even while arguing in favour of Paramartha as the original and authentic name, agrees on the point that the author of these poems however was Sarvajna.

Whatever is -the correct ankitanama, Sarvajna or Paramartha, about the authorship of the poems that the poet was Sarvajna, there are no two opinions.

Mostly I have made use of the poems edited by Dr. L. Basavaraju and as regards the ankitanama I have retained Sarvajna as commonly accepted.

Another difficulty I had to face was regarding English translation of these triplets. The poems translated into English in the early thirties of this century by Rev. Channappa and later by Dr. V.K. Gokak were not available. And I was not satisfied with one or two other translations published in article or book form. So I decided to rely on my own free rendering of the triplets into English wherever I made use of some poems to illustrate my points. Their shortcomings, if any, are my own.

I am deeply indebted to Dr. V.K. Gokak, Dr. L. Basavaraju and Dr. M. Akbar All for enlightening me on various points and aspects of this subject in the course of my discussion with them. I cherish with gratitude the sweetness of their affection with which they opened out their hearts and offered their valuable suggestions. I have made use of them in this book. I am thankful to Dr. L. Basavaraju, Dr. G.S. Sivarudrappa, Dr. H. Thipperudraswamy, Dr. M. Akbar Ali and Sri Channaveera Kanavi who patiently listened to my reading of a few chapters in the beginning and encouraged me to go ahead keeping up the same tempo. I am especially thankful to my close friend Dr. Sivarudrappa in response to whose suggestion I made a novel beginning of this book, and similarly I owe special thanks to Dr. Akbar Ali, whose Doctoral thesis is on Sarvajna's Social Vision, for inspiring me in the evaluation of Sarvajna's poems.

I am deeply indebted to Snit. Prabhavathi Krishnamurthy for helping me in giving final touches to the manuscript and to Sri Raghunatha for neatly typing the script. I cannot forget the love of my brother Sadanand who has corrected the typing errors and also has helped me in improving the script.

I conclude by offering my salutations to the great Saint Poet Sarvajna acknowledging the great light and delight I have received from the detailed study of his sayings. Sarvajna is veritably a citizen of the world. Poets like him for whom life is greater than all poetry belong to all the times of all the countries. His great message, upholding universal human values and the dignity of man and also setting before mankind, self-realisation through compassion for and service to fellow beings as the goal of life, is worth communicating to the whole world. May his rich and practical wisdom guide the human race. 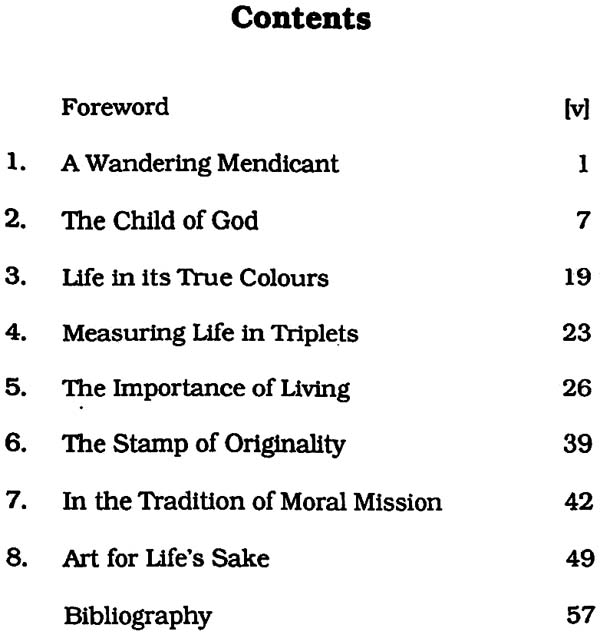 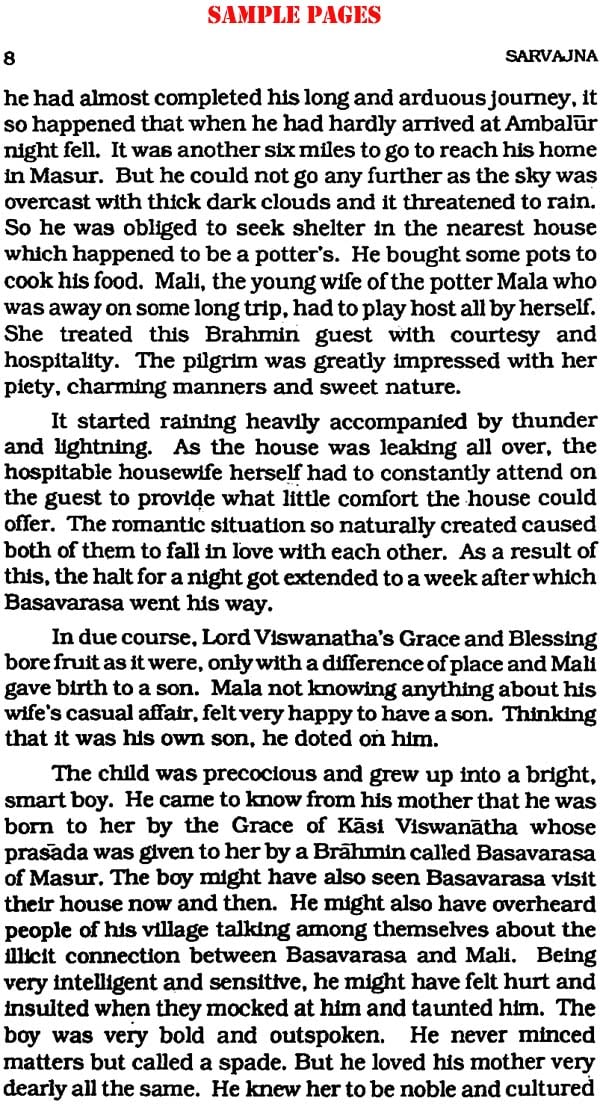 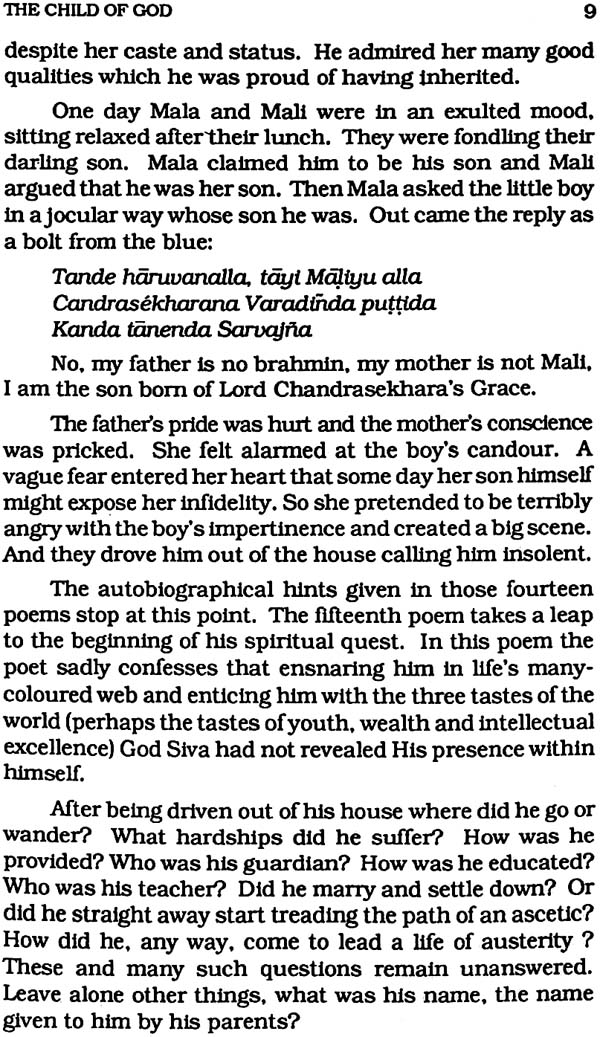 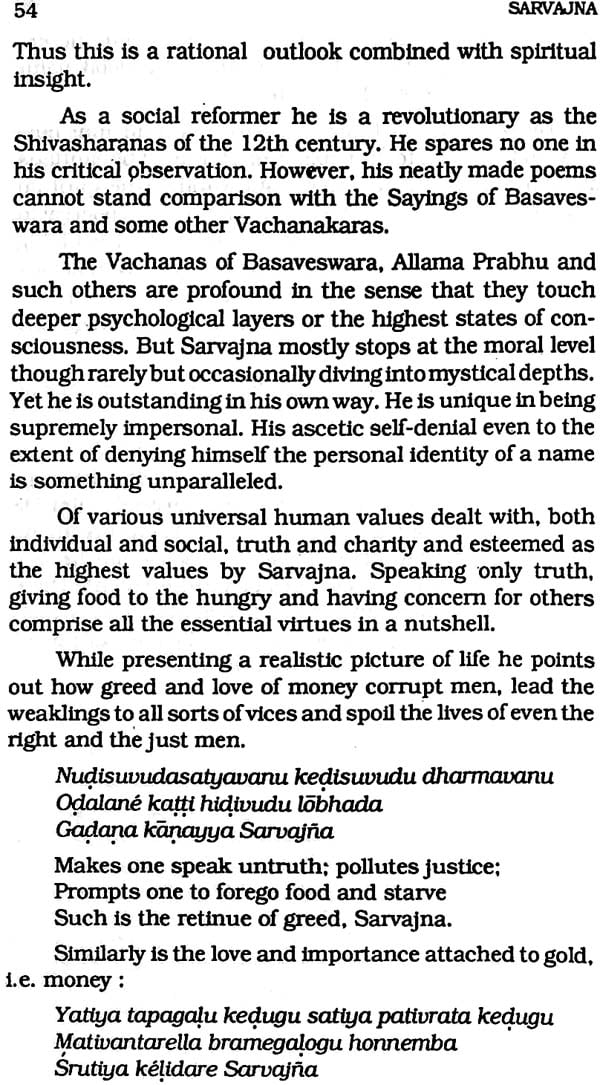 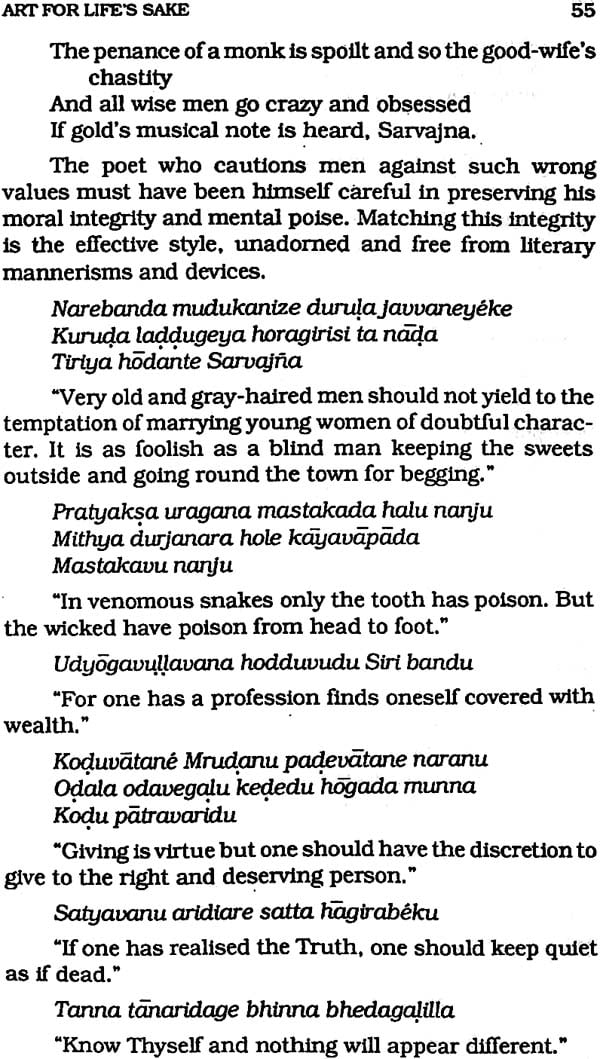 Dialogics of Cultures in Ancient Indian Literatures
By TRS Sharma
$34.40
FREE Delivery
$43  (20% off)