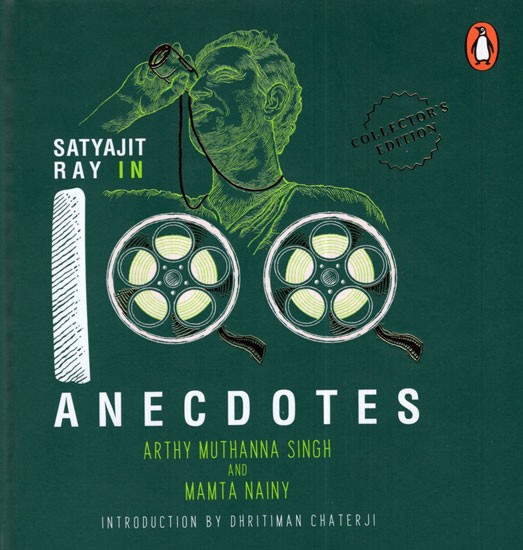 Satyajit Ray in 100 Anecdotes is a gorgeously illustrated, one-of-a-kind book to introduce the genius of Satyajit Ray to readers young and old.

Satyajit Ray in 100 Anecdotes is a gorgeously illustrated, one-of-a-kind book to introduce the genius of Satyajit Ray to readers young and old. Tracing his magnificent life with 100 little-known and inspiring incidents, this collectible edition pays homage to the maestro on his 100th birth anniversary and celebrates his many accomplishments across films, literature, music, art and more.

‘Ray could reflect upon his own work with a certain detachment—at least during the making of it. He didn't allow style to override content. He taught me how to appreciate cinema, how to be in front of the camera, how to think in character, how to enjoy a language. And he taught me the importance of the moment. He led by example and from him I learnt the value of commitment to one's work.'

‘After finishing my first film 36 Chowringhee Lane, I was full of doubts. “There are many mistakes,” I confided to my mentor Satyajit Ray. “Of course there are mistakes!” he said in his booming voice. "It's your first film! But have you managed to create any moments or not?” There was a lesson learnt that very instant, a treasured piece of advice that has stood me in good stead and remains with me even today. It's these same “moments” that this book is made up of - intriguing, intimate, iconic moments that give a rare glimpse into the uncommon genius of the man whose work is the essence and apogee of Indian cinema. Aparna Sen

Arthy Muthanna Singh is a children's writer, freelance journalist, copywriter, editor and cartoonist based in Gurugram. She grew up on tea plantations in the Nilgiris. She has authored over thirty books for children and has been helping her mother conduct the Ooty Literary Festival since 2016. She was with Limca Book of Records for about thirteen years. She hopes to settle down in Coonoor or Goa someday soon.

Mamta Nainy is a children's writer and editor based in New Delhi. She spent some years in advertising before an apple fell on her head while she was sitting under a mango tree and she had her Eureka moment. She has been writing for children since then. She has authored many books for children, including A Brush with Indian Art which won The Hindu Young World-Goodbooks Award 2019 for Best Book (Non-Fiction).

One of the things about artists and writers you've grown up admiring and whose creative worlds you've inhabited in your head for far too long is that you feel like you've known them forever; that in some parallel universe you're connected with them because you've taken something from their art and stories and language and, in that process, they've become one of your own. This holds truer than true for Manik Dathe towering figure of Indian cinema and literature, the great Satyajit Ray.

A master film-maker, a remarkable auteur, a writer par excellence and an artist of immense reach and range, Ray flitted from form to form with boundless ease and his diverse talent coalesced to produce works that could be distinguished by a rare sympathy and compassion, a deep humanism that finds resonance with people across generations, aesthetic tastes and interests. And, like Tagore before him, Ray will always appeal to those whose sensitivities allow them to probe deeper into human beings and the human condition. But despite being one of India's most composite artists, someone whose films, books and thinking have permeated into the existence of cinema connoisseurs, art aficionados and literature lovers for many decades, there has always been an enigma of sorts around the man that Satyajit Ray was. During the birth centenary of Ray (1921-2021), would it not be worthwhile to revisit his life and works that made our world so very luminous? In this question lay the beginnings of this book-a book that's a special blend of biography and lore, and every page of which is an engaging and illuminating yarn from the life story of Ray.

We must confess though that we had never been more exhilarated and frightened before any project as we were when we started working on this book. It was the Satyajit Ray that we'd be writing about, after all. To say that the task was daunting would be an understatement. But, as we started revisiting his life and times and rereading his works, the joys we garnered from them were so vast and diverse that every fear went out the window. That Manik Da was a genius we never doubted, but after trying to get a perspective of the man as regards his life and work, his interests and passions, his inspirations and reflections, the admiration only grew. And now that the book is in your hands, dear reader, we only hope that the joys we derived from writing this book find their way to you as well ...

nce upon a time long ago, we lived in a quiet little lane in South Calcutta. Just opposite was the small, unpretentious studio where Satyajit Ray edited his films. Our son was a lively five at the time and ran all over the place, with nearly all the neighbours keeping an eye on him.

Then one evening, he couldn't be found. Frantic searches were mounted in the alleys and the homes he went to. No sign. To say that we were all getting a bit panicky would be understating it. Suddenly, we heard a very relieved yell: 'There's Pablo. Everybody crowded around the door of the smallish room where Ray used to work. There he sat at the Moviola editing machine, intently explaining something to Pablo who was nestled in his lap. Both seemed quite oblivious to the fuss going on all around.

Right from Pather Panchali, through Pikoor Diary and on to the Feluda films, Ray seemed to have a special bond with children, the ability to communicate with them and treat them as people who needed to be talked to seriously. When he wrote for children, he did so to entertain and to educate but without talking down to them. And what he wrote for children could be enjoyed by adults as well. I discovered this when diving deep into the Professor Shonku stories to prepare to play the eccentric scientist in a film.

It is so very appropriate, then, that his birth centenary should be commemorated with a book that brings 100 incidents and anecdotes from his rich and varied life to readers in crisp, lively, finely illustrated accounts. On the face of it, the anecdotes may appear random but, taken together, they provide a kind of overview to the life of a fascinating man.

Arthy Muthanna Singh and Mamta Nainy have been producing entertaining and educative literature for children for the past two years, including a book on the Mahatma in 150 episodes. Their hard work for the current book is evident. They have dug out seemingly innocuous but unusual nuggets of information from various sources. Get ready to be surprised! 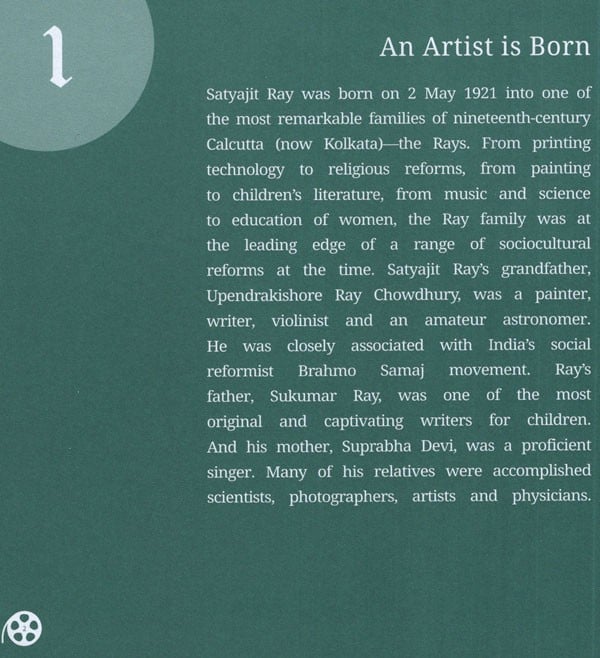 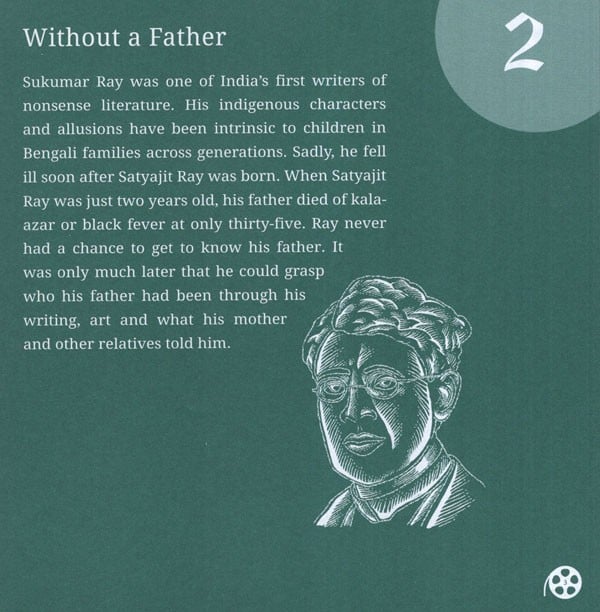 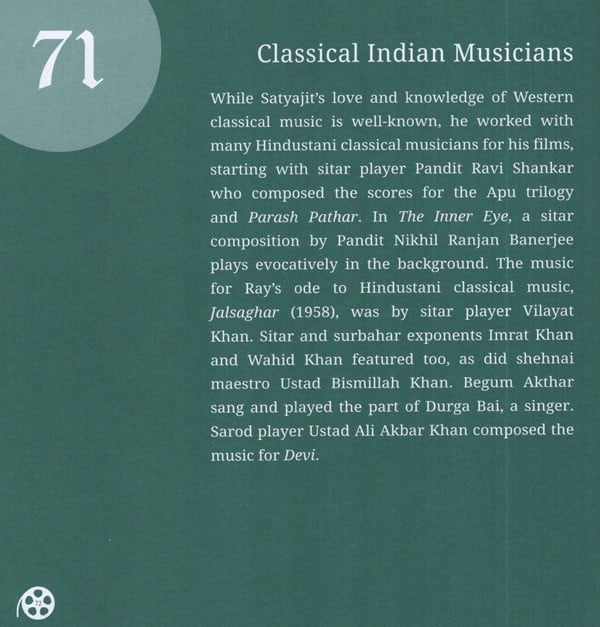 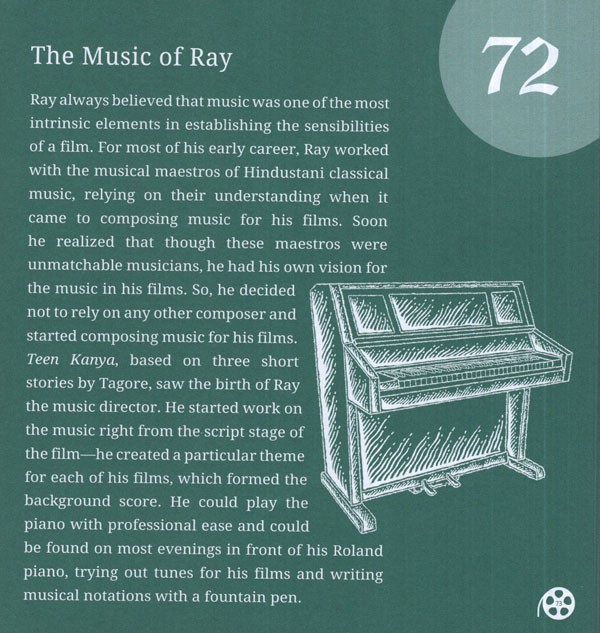