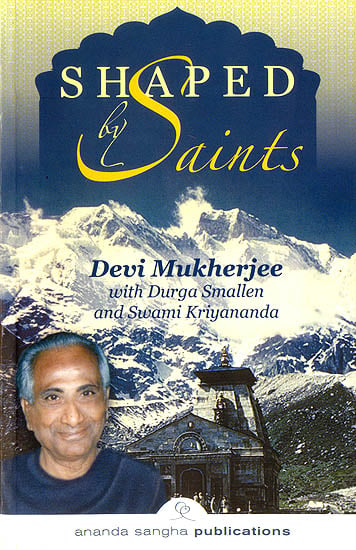 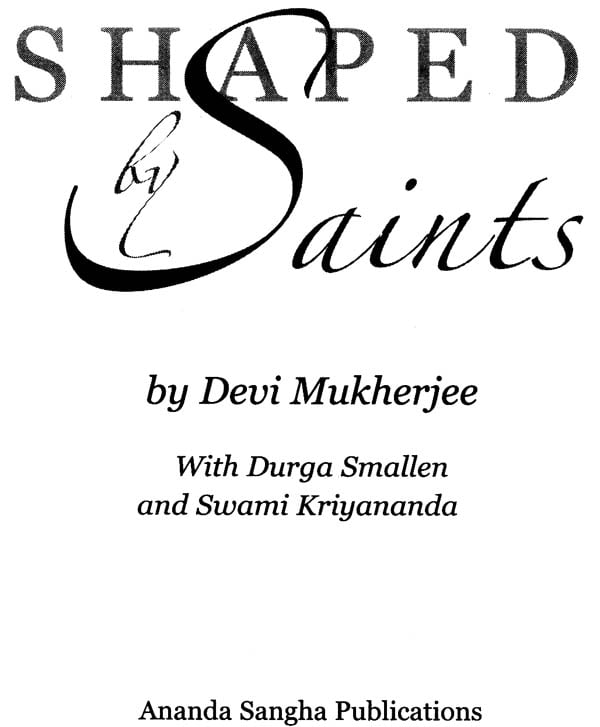 This Beautifully Written Book takes you on a deeply inspiring pilgrimage to visit saints and God-realized masters of modern-day India. Devi Mukherjee-a disciple of the great yoga master, Paramhansa Yogananda (1893-1952)-invites you to walk in his footsteps and experience India’s spiritual richness, preserved in forest ashrams, mountain caves, and in holy places and shrines.

Throughout His Many years of travel, Devi meditated with some of India’s great souls and felt their transforming spiritual power. From all, he received the same soul guidance-to love God with every fiber of one’s being. One of Yogananda’s closest boyhood friends, Tulsi Bose, is the father of Devi’s wife, Hassi. From Bose and others, Devi obtained previously unpublished stories of Yogananda’s early life and 1935 visit to India that give the reader inspiring new glimpses of Yogananda’s generosity, courage, loyalty to friends, and spiritual power.

From 1955 Until 1966, Devi was part of Yogoda Satsanga Society, Self-Realization Fellowship’s sister organization in India. It was during this period that Devi formed a lifelong friendship with Swami Kriyananda, a direct disciple of Yogananda and founder of Ananda World Brotherhood Village in northern California.

I Met Devi Mukherjee For The First Time In The Fall of 1986. My husband and I were leading a pilgrimage to India with our long-time friends and gurubhais,1 David and Asha Praver. Our spiritual teacher, Swami Kriyananda, had told us stories about Devi. They had been brother monks together in Yogoda Satsanga Society (YSS), the Indian branch of Self-Realization Fellowship (SRF). The two organizations were founded by our guru, Paramhansa Yogananda. Devi had joined YSS in India, and Swamiji had joined SRF at Mt. Washington, Los Angeles, the international headquarters. They met in Calcutta in October,1958, and both lived in the YSS ashrams until Kriyananda left SRF in 1962.

Devi, his wife Hassi (pronounced Hashi), and their son Manash now live in Calcutta and serve as the meditation group leaders of Ananda, the organization founded by Swami Kriyananda in 1968. Devi and his family are deep and sincere devotees of Paramhansa Yogananda, and dear friends of us at Ananda who know them. Their dedication to God and Guru, and also their divine friendship for Kriyananda, is deeply inspiring.

Devi and Hassi live in the home of Yogananda’s close boyhood friend, Tulsi Bose, Hassi’s father, and keep their home open twenty-four hours a day to anyone who wishes to meditate in the rooms where Yogananda meditated, and also Anandamoyee Ma, Sri Yukteswarji, Balaram Bose (a direct disciple of Sri Ramakrishna Paramhansa), Swami Vivekananda, and other great saints.

This is Devi’s story of the great men and women he has met during forty-five years of spiritual seeking. As we interviewed him about details in his book, tears constantly came into his eyes as he relived those thrilling scenes.

In the Mahabharata (one of the great spiritual epics of India), Lord Krishna tells his disciple, Uddhava, to go to the Himalayas and meditate on Him. For thousands of years, pilgrims have done likewise, braving the dangers of snow, narrow mountain paths, and wild animals to reach the great temples there, dedicated to the worship of God. Devi, possessed of a keen desire to make these pilgrimages, met saintly people and had extraordinary experiences in their presence, experiences that bestowed on him deep soul peace and a sense of inner fulfillment.

When I asked Devi why he had wanted to make these long treks, he replied, “I wanted to meditate in holy places, and I wanted my life to be shaped by saints.”

He met God-realized beings in, and outside, the small villages that are the heart of that amazing land of sages and saints whose lives are far removed from what most people consider the “normal” –the hubbub and bustle of daily commerce.

As he states in his book, however, “Even though I had met a few highly advanced yogis in my travels, up to January, 1955, I never felt an inclination to accept a guru.” In that month it was that he met his own destined guru, once-living in form but now in formlessness, Paramhansa Yogananda.

I hope you enjoy Devi’s book as much as I have. You will come to know this man as much through his vibrations as through the story he relates. I hope that you, too, will be impressed and grateful for the example of his moment-to-moment focus on the divine, which turns many a prospective disaster into a divine blessing.

I was Born In North Calcutta on 20th March, 1927, at my family’s home. When I was six months old my father died, and my mother was obliged to leave our home owing to certain problems with our property. Mother and I went to live in the home of my mother’s brother in South Calcutta.

At seventeen, a close friend and I joined the army. In the end we joined the resistance movement against British rule, and were eventually jailed for five months. After my release in 1945, I was accepted into Ashutosh college, where, in 1947 (the year India won its independence from Great Britain), I received my B.A. degree. From 1949 to 1954, I was employed as a refrigeration engineer, and in that capacity was sent throughout India. Thus, perhaps, began my “career” as a traveler!

During that period of my life I had very few friends. My mind could not accept wine, dancing, smoking, and other so-called “pleasures” of youth, so I kept to myself much of the time. My mother arranged for me to marry when I was twenty-eight, but, having no desire for marriage, I declined.

In 1966, during a visit to the great woman saint Anandamoyee Ma, I received an answer from her to my burning question: “Should I live the rest of my life in Himalayan solitude?”

“You cannot do so,” she said. “You will have to return and enter family life. Your wife, however, will belong to Yogananda’s spiritual family, and will herself be a devotee.” Another great saint, Kailash Pati, with whom I stayed in Ranikhet, a Himalayan town, told me the same thing later on.

I had already met Hassi, my wife to be, on 4th may in 1955 at the Yogoda Satsanga Society ashram outside Calcutta, but had no interest in marrying at that time. In 1969, however, on 3rd February, we were finally married. Our son Manash was born 4th January, 1970. I am my mother’s only son, and Manash also is my and Hassi’s only son. 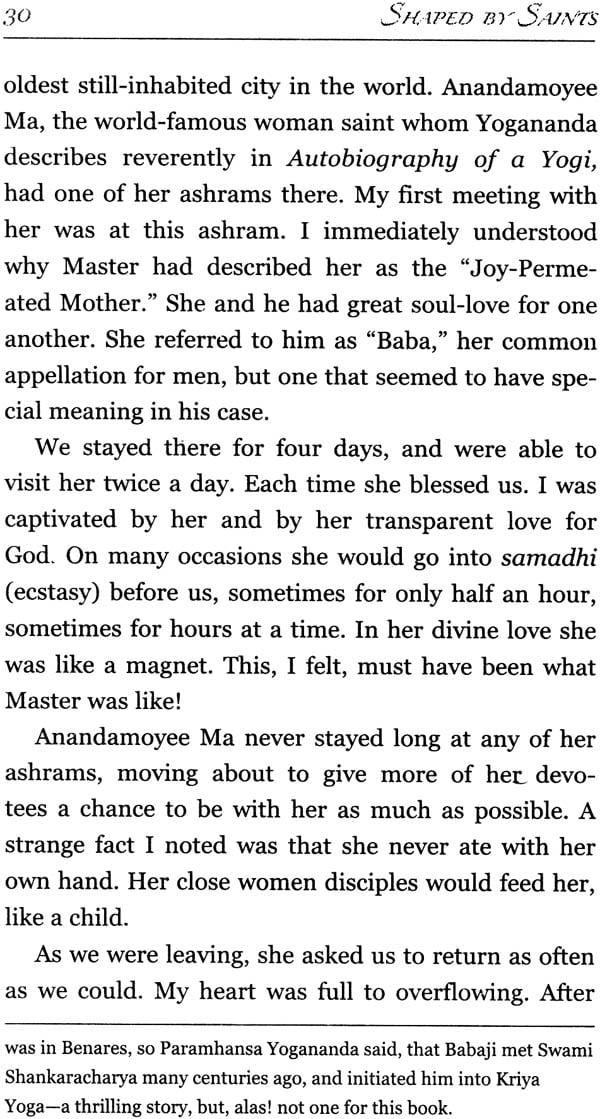 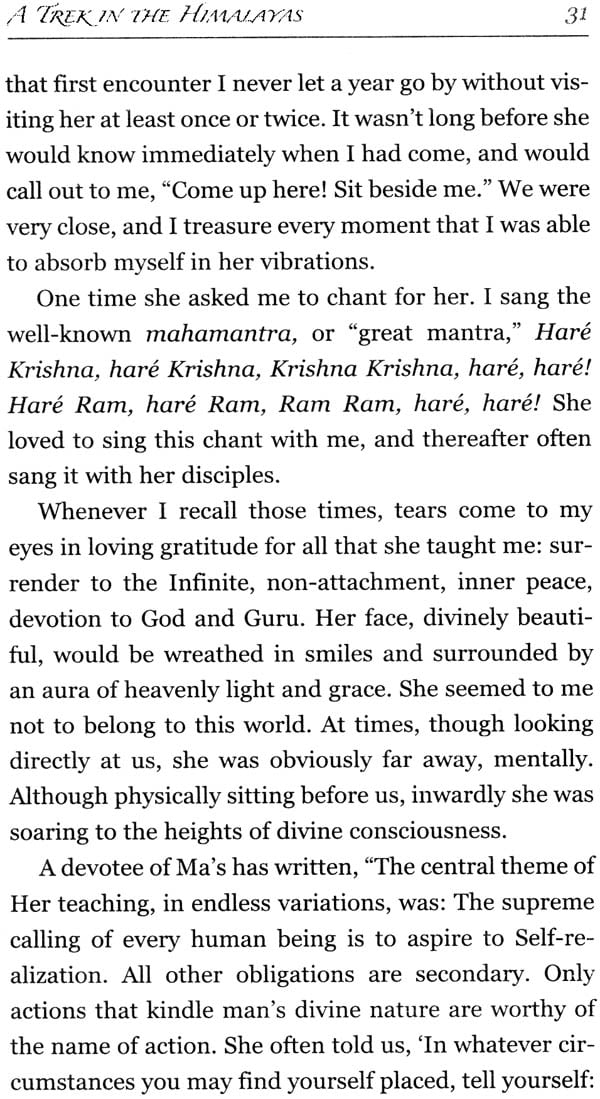 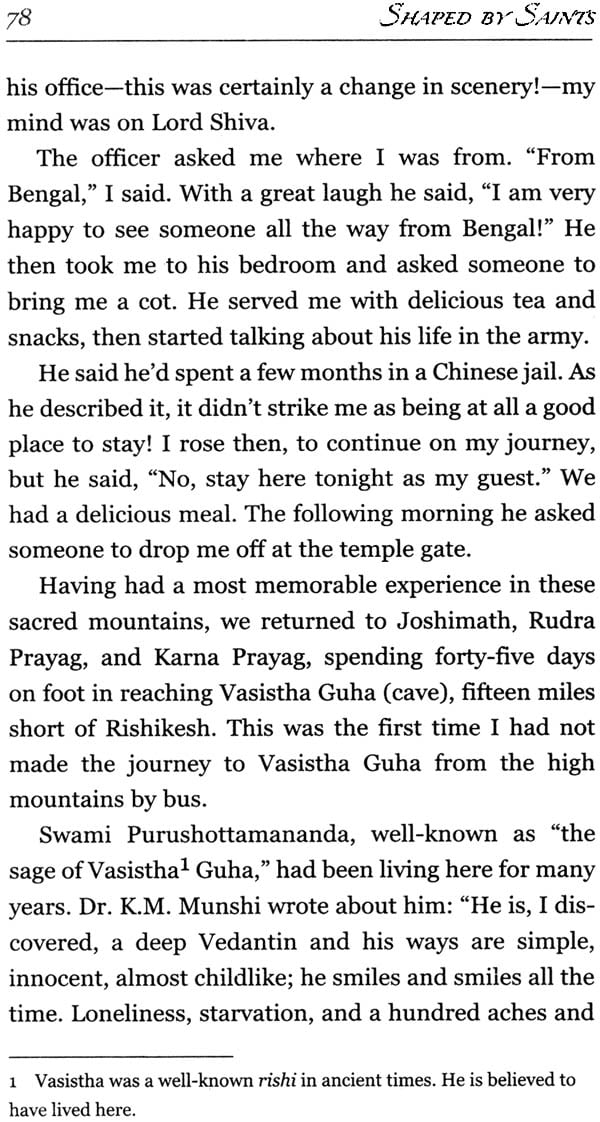 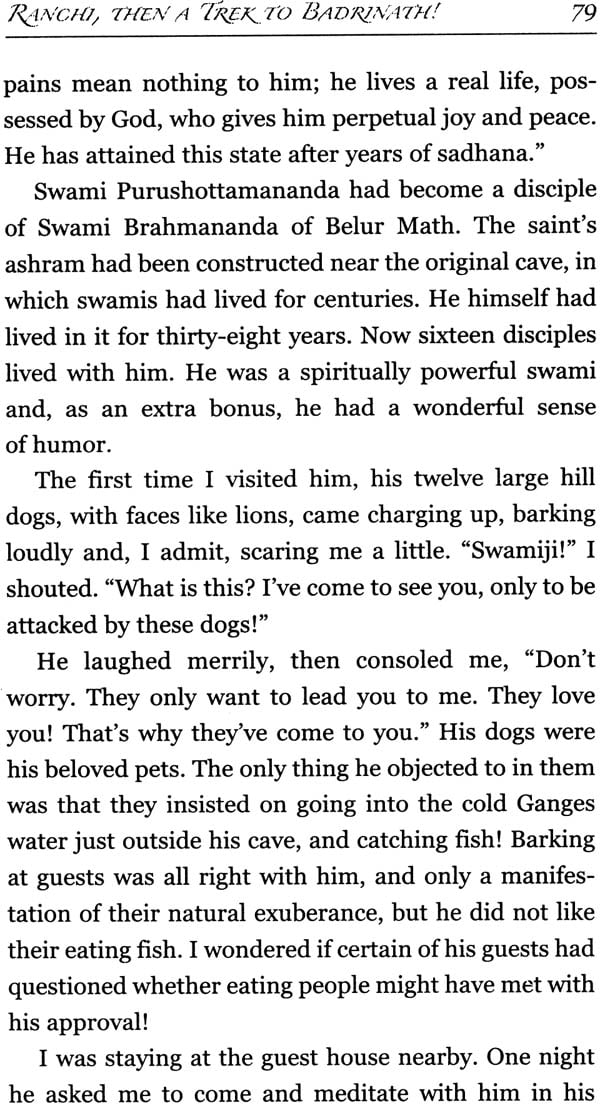 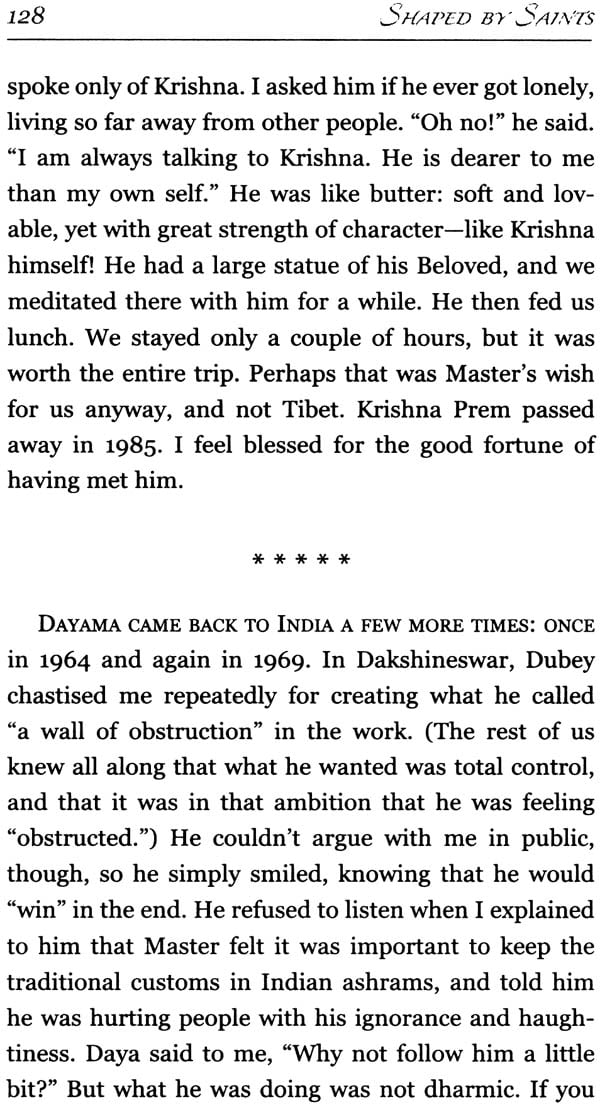 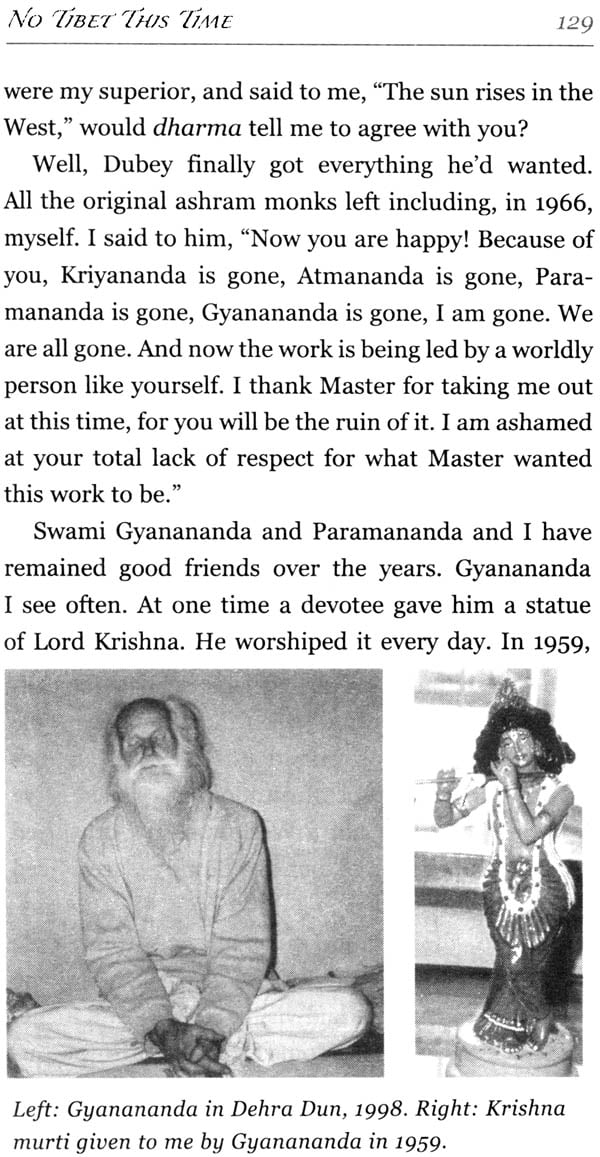 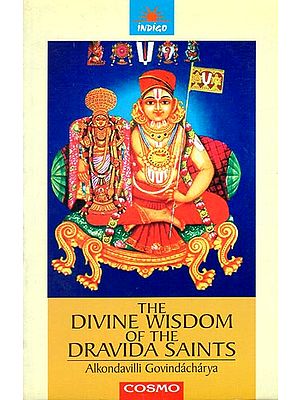 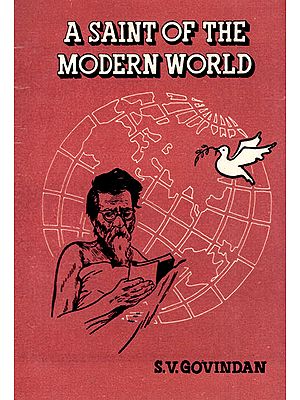 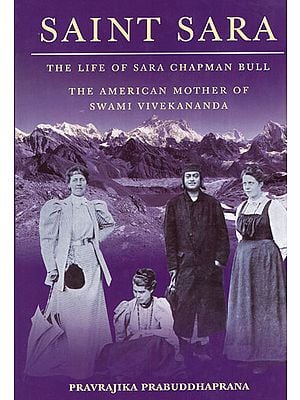 Saint Sara (The Life of Sara Chapman Bull The American Mother of Swami Vivekananda)
By Pravrajika Prabuddhaprana
$30.75
FREE Delivery
$41  (25% off) 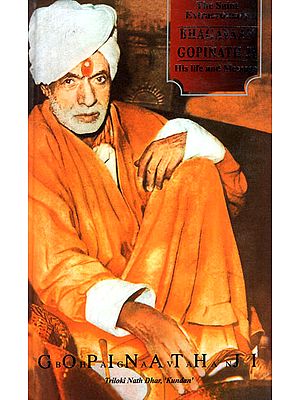 The Saint of Extraordinary: Bhagavaan Gopinath Ji His Life and Message
By Triloki nath Dhar, 'Kundan'
$18
FREE Delivery
$24  (25% off) 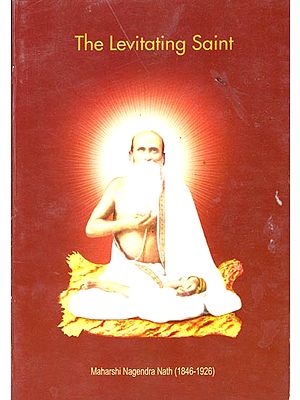 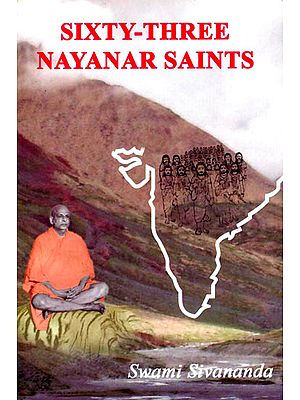 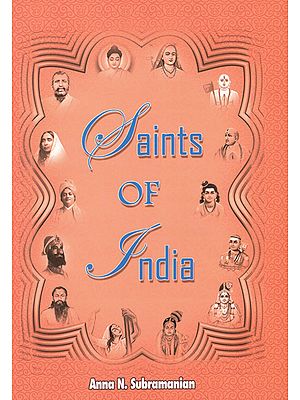 The Lives of the Vaishnava Saints
By Shrinivas Acharya, Narottam Das Thakur and Shyamananda Pandit
$17.25
FREE Delivery
$23  (25% off) 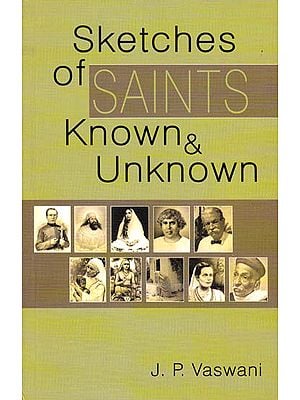