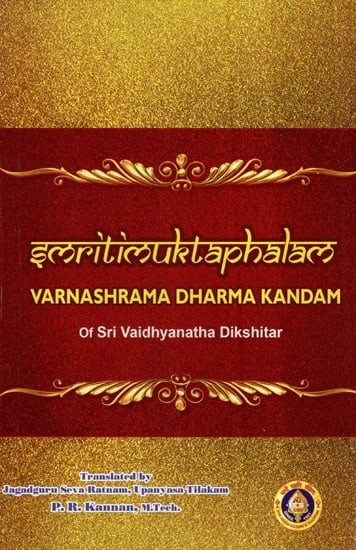 Vedas are many, varied and difficult to comprehend for ordinary men. In order for humanity to understand and practise the injunctions of Vedas, Maharishis like Manu, Yajnyavalkya, Parashara et al, filled with compassion, wrote Smritis. Again Smritis became numerous and sometimes had notable differences among themselves. Yudhishthira says in `Yakshaprashna' in Mahabharata that logic is uncertain, Shrutis are contradictory and there is not one Rishi whose opinion is the final authority. Hence a need arose to compile and present in one place the various views of Rishis and arrive at a final conclusion suitable for practice in the present age. Such a `Nibandhana' book was compiled by one Vaidyanatha Dikshitar and was titled `SMRITIMUKTAPHALAM’ meaning 'Pearl of Smritis'. This great work, also called Vaidyanatha Dikshitiyam', is divided into six Kandams, the first being Varnashrama Dharma Kandam'. Dharmas for people in the four Varnas and Ashramas have been dealt with in great detail here, citing not only the views of various Rishis, but also Vedas, Puranas, Dharmasutras, previous Nibandhana books etc. together with the compiler's own explanation as required. It is bewildering to note that in those early times when modern day facilities like printed books did not exist and sources of information were difficult to reach, one individual could have compiled so much from so many varied sources and presented such an easy-to-digest compilation. Not much is known about this distinguished author's personal life history. It appears that he lived about 300 years ago; was born in a place called Kandramanikkam in Chola country in Tamil Nadu in Vadula gotra in brahmana community. A free translation in English of the original work in Sasskrit is presented in the following pages. **Contents and Sample Pages** 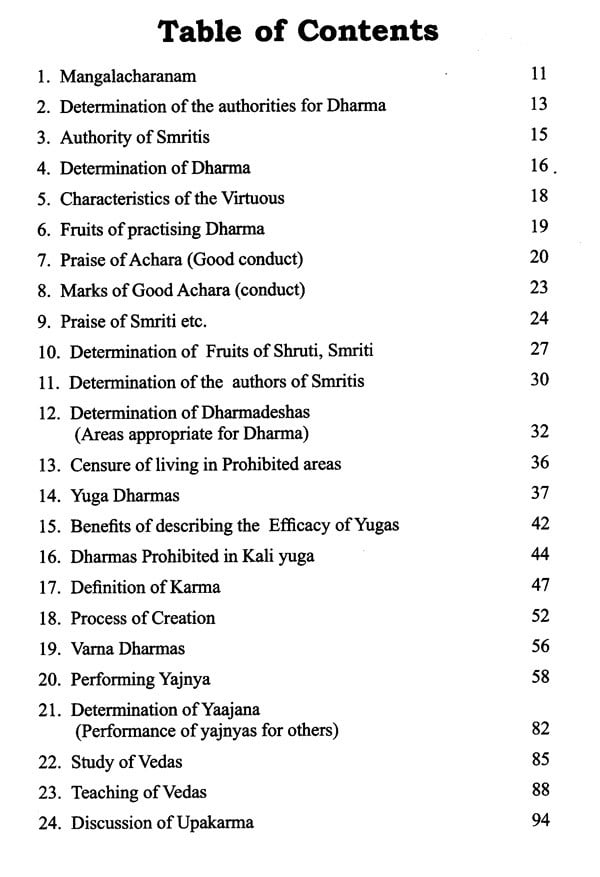 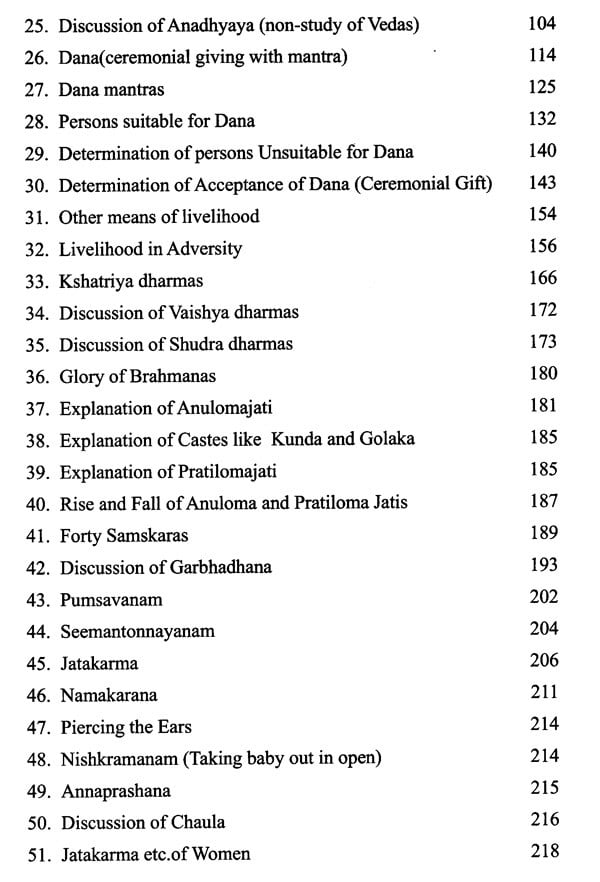 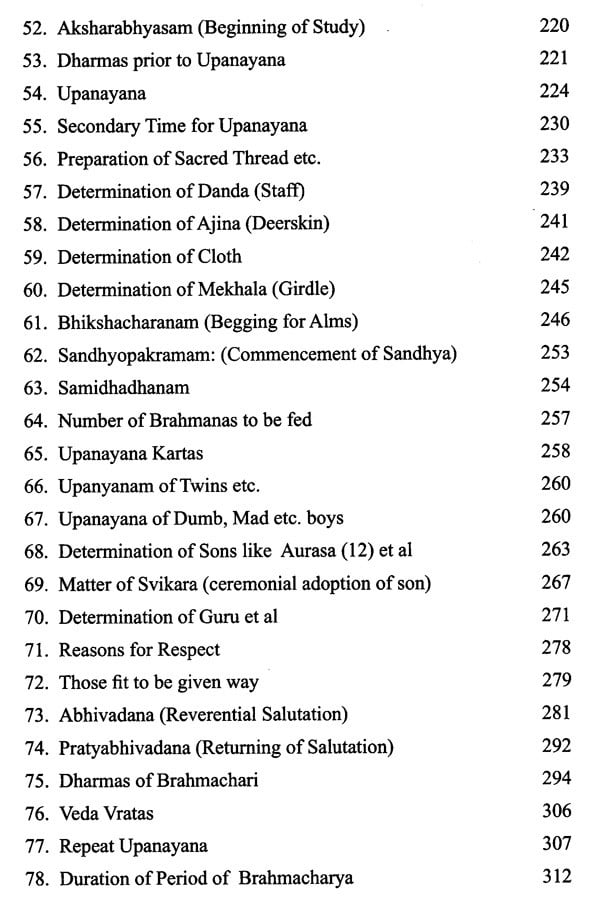 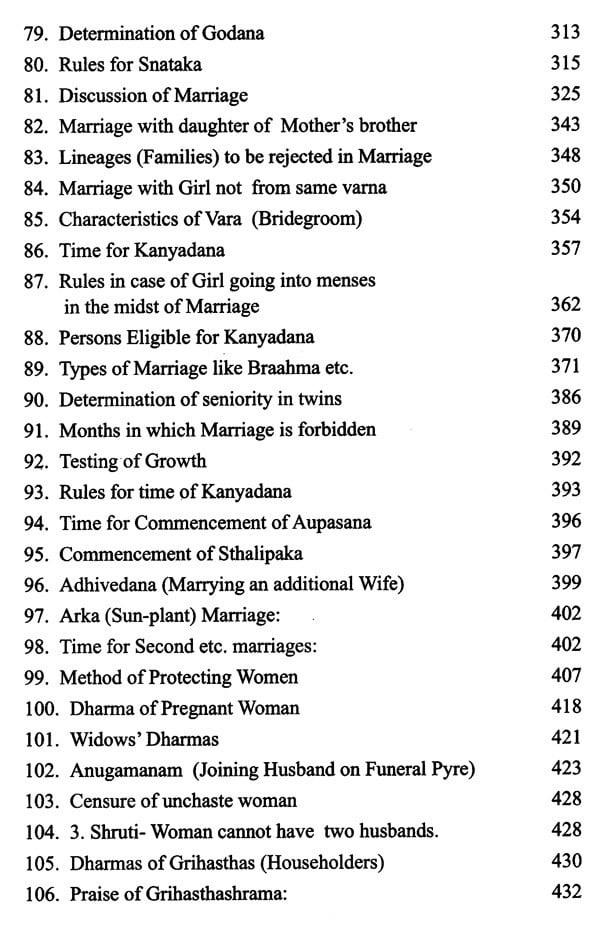 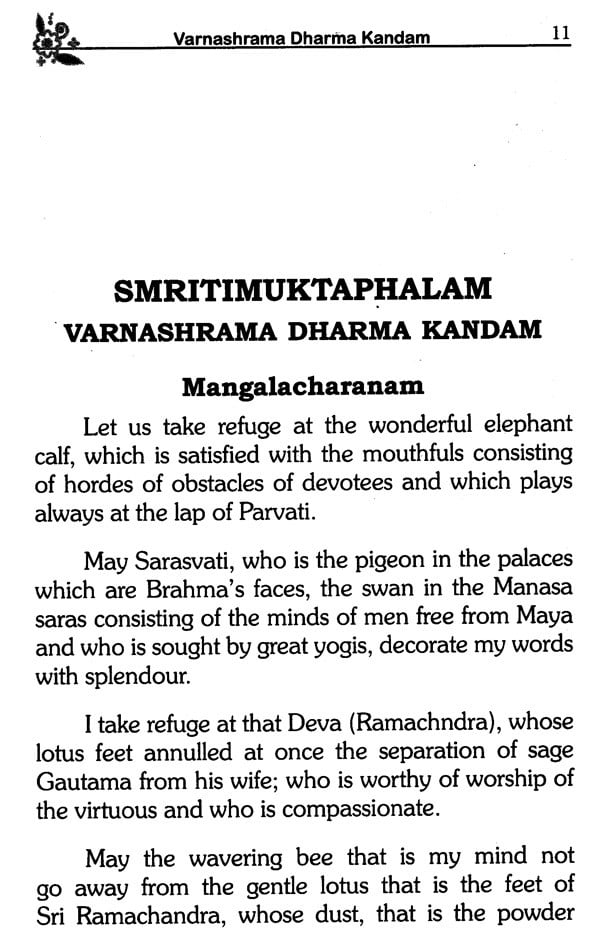 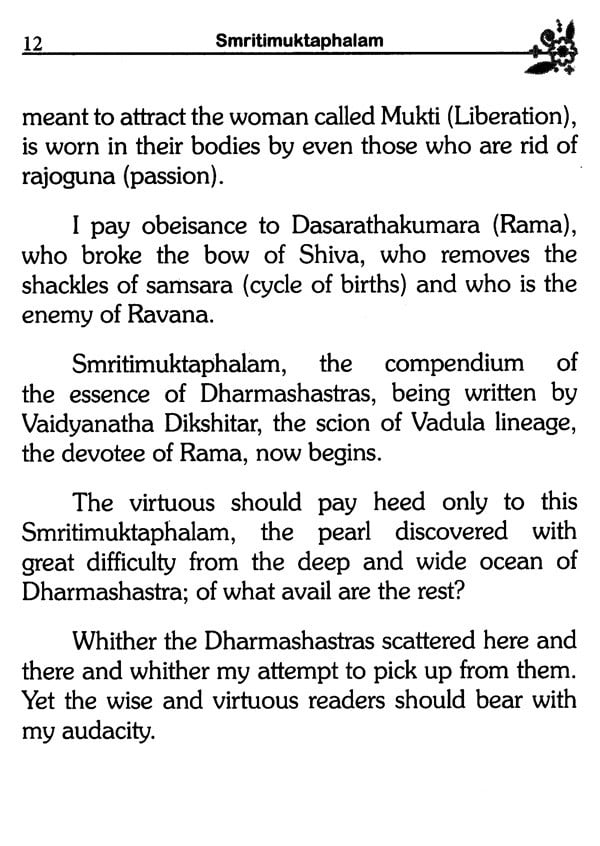 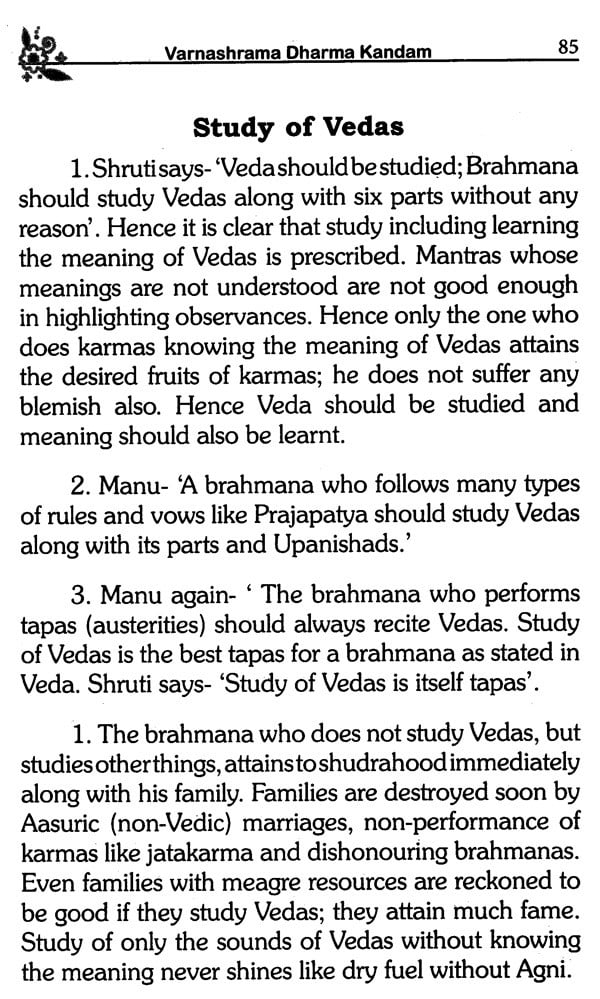 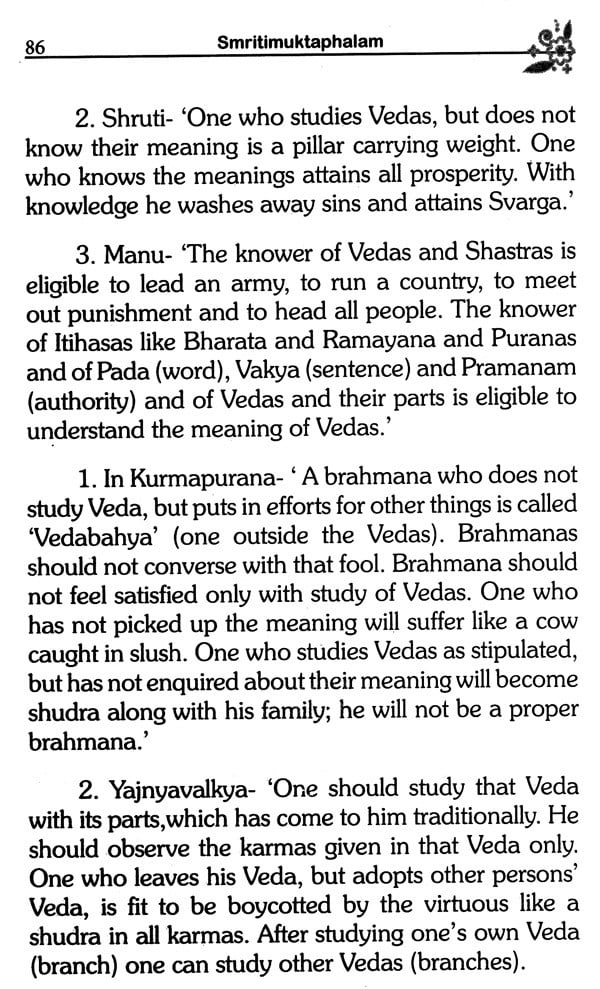 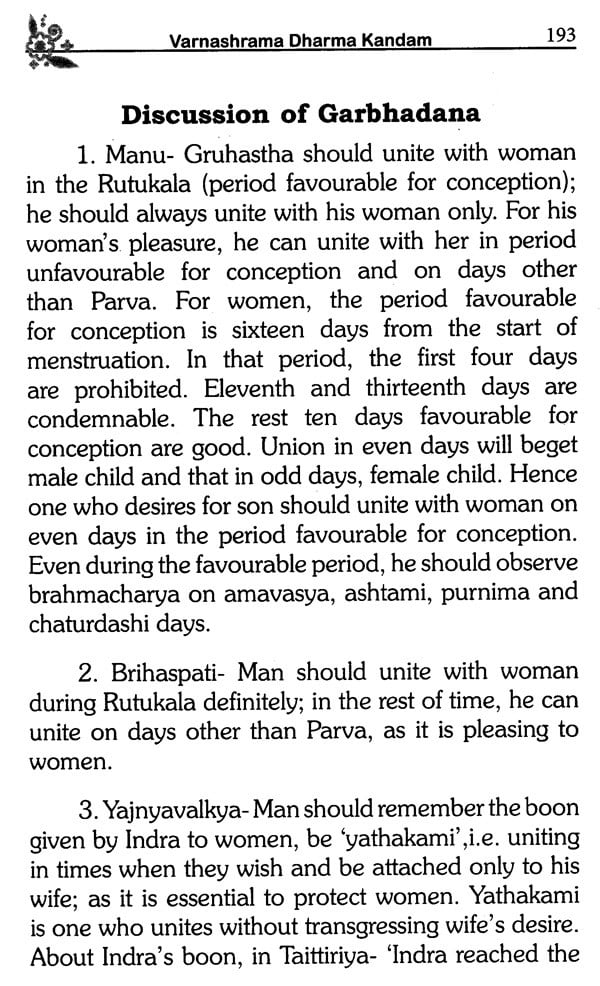 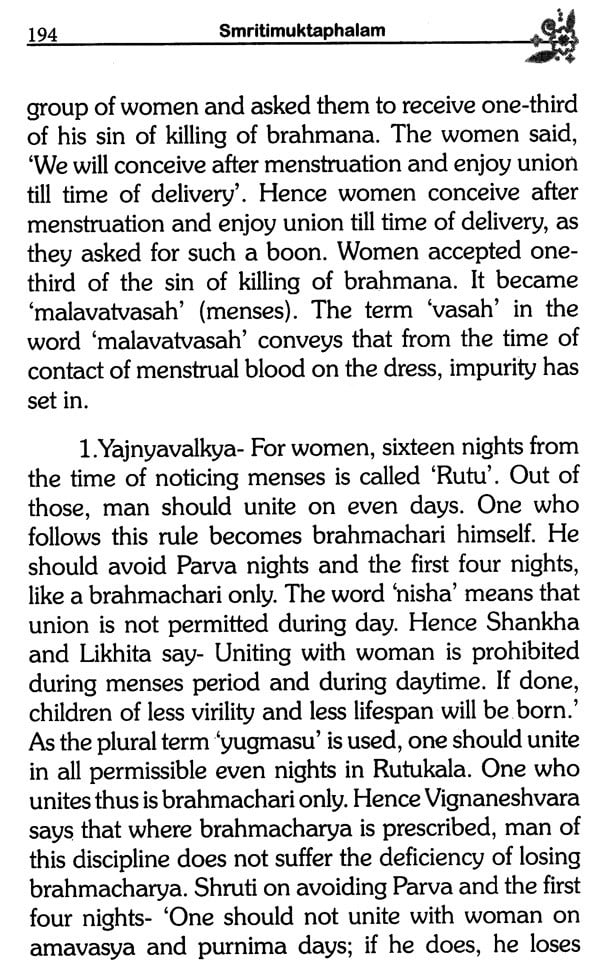 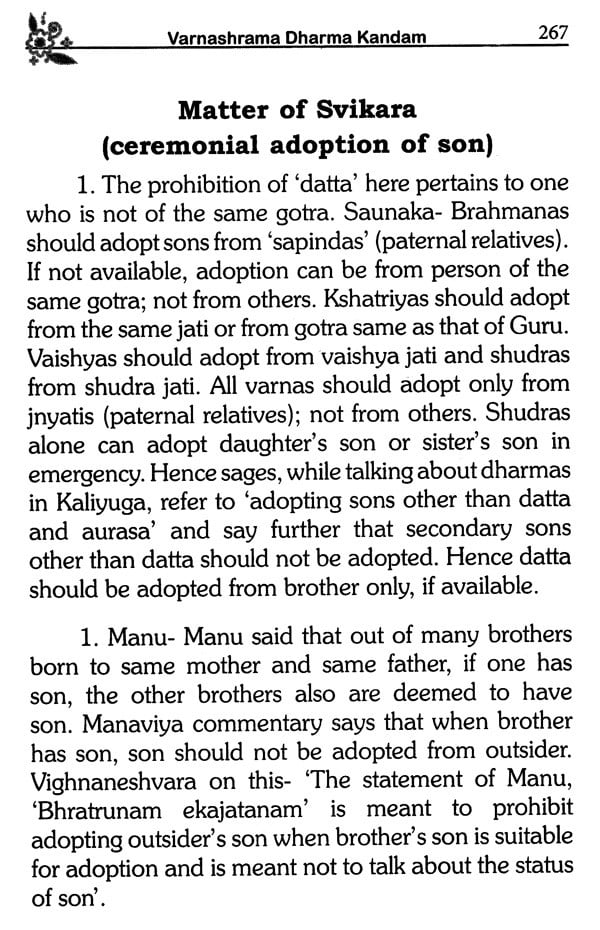 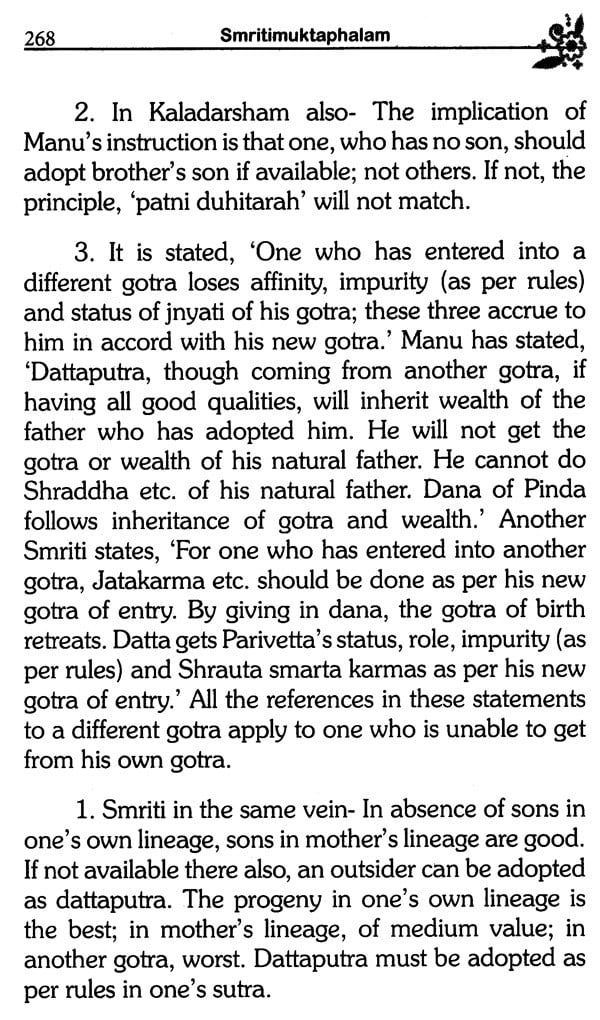 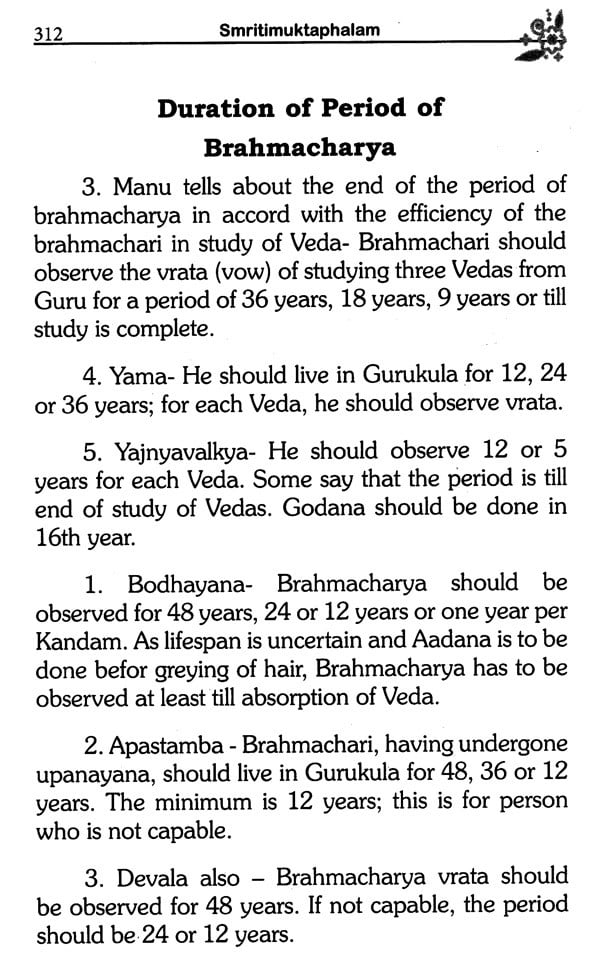 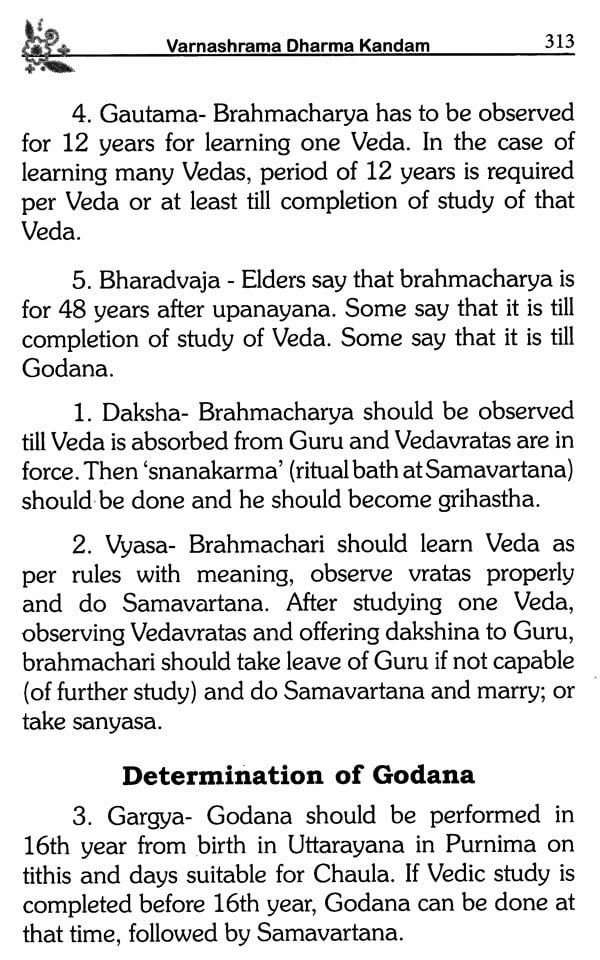