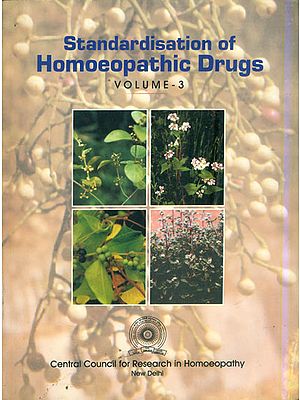 Ensuring quality drugs continues to be an issue of concern for the planners, programme developers, implementers and consumers of the health system. A critical element to assure consistency and quality of homoeopathic drugs is laying down standardisation parameters for each individual drug substances. Considering the ever-widening number of homoeopathic materia medica, this is a voluminous task. 'Drug Standardisation' comprises of detailed study of drugs on pharmacognostic, physico-chemical and pharmacological aspects. The pharmacognostic studies include macroscopic and microscopic identification, histo-chemistry and powder analysis of the raw drugs. Physico-chemical studies take into account the physical constants of raw drugs and of finished products. These also include thin layer chromatography study of the mother tincture of the drug.

Drug Standardisation is an ongoing activity of the Central Council for Research in Homoeopathy and the standards laid down in this volume, would be of interest to the homoeopathic pharmacies and drug manufacturers, scientists, researchers, professionals and students. The Council would like to acknowledge the guidance and support provided by the esteemed members of the Scientific Advisory Committee, Sub Committee of Drug Standardisation and Task Force Committee of Drug Standardisation. Acknowledgments are also due to the scientists of the Council involved in the conduct of the study. 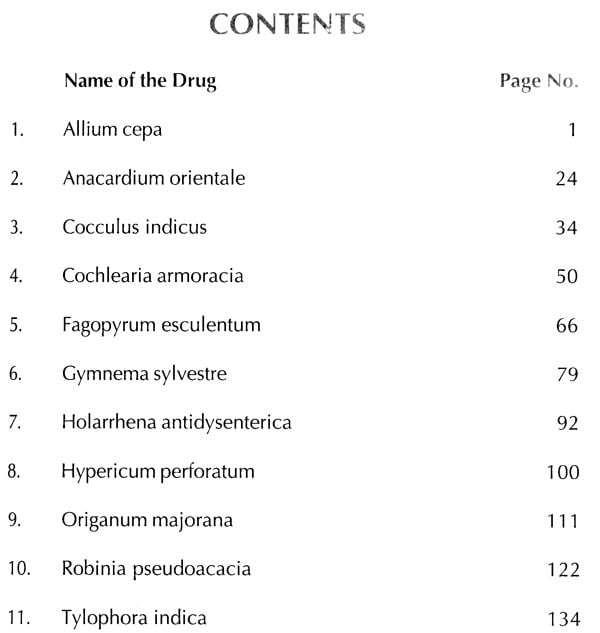 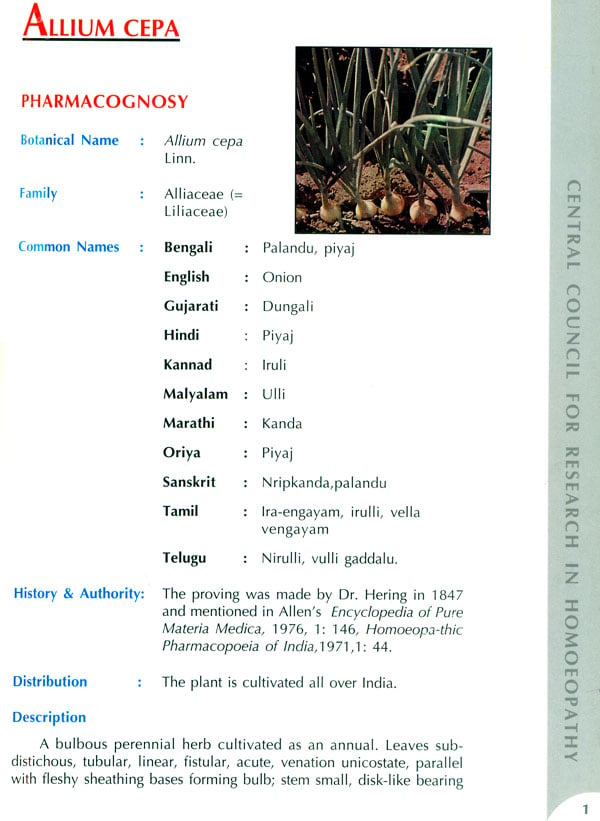 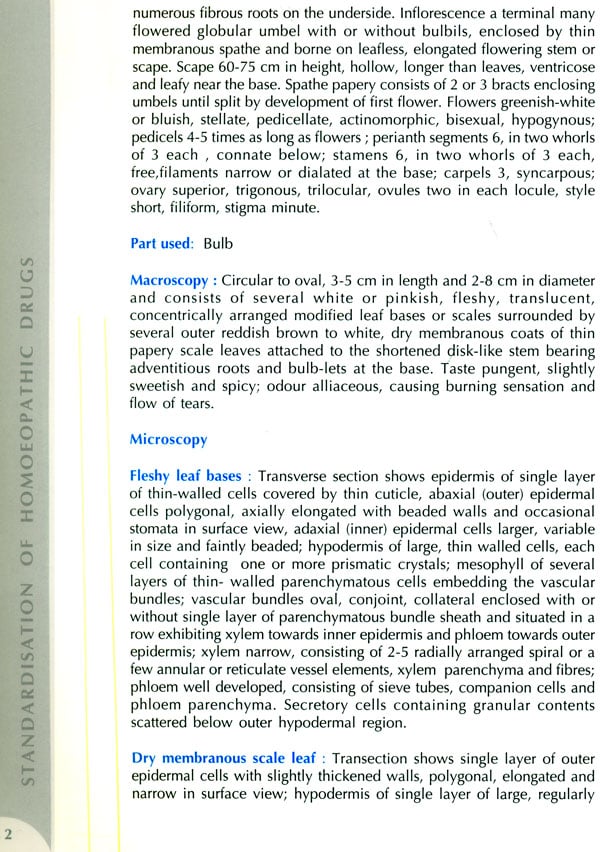 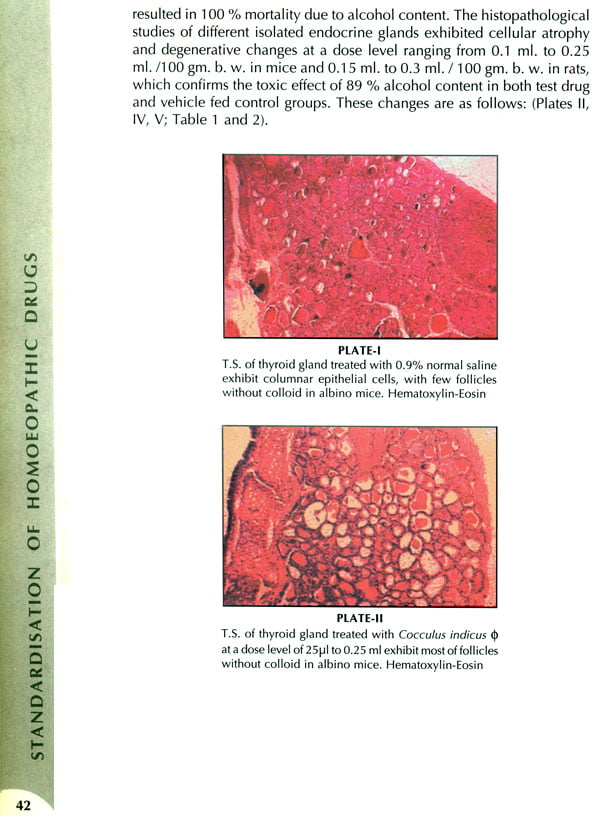 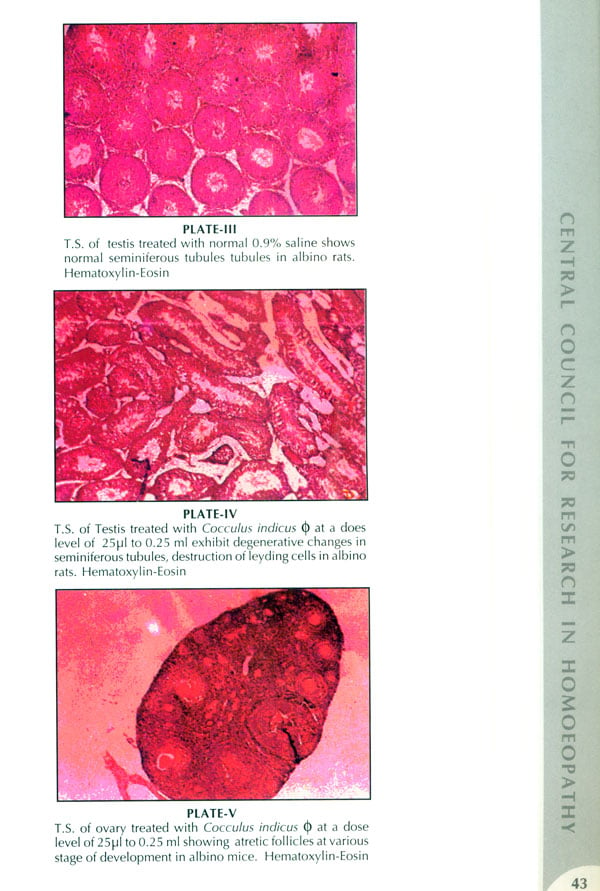 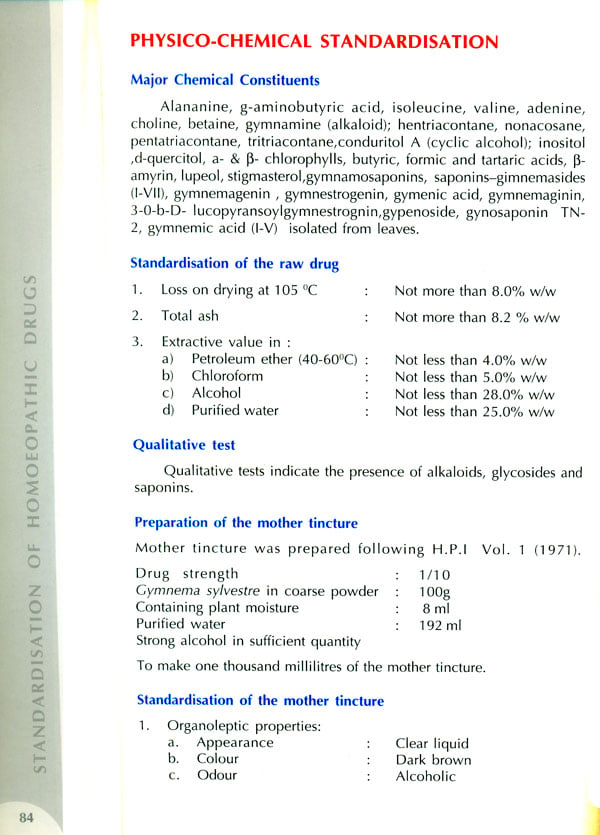 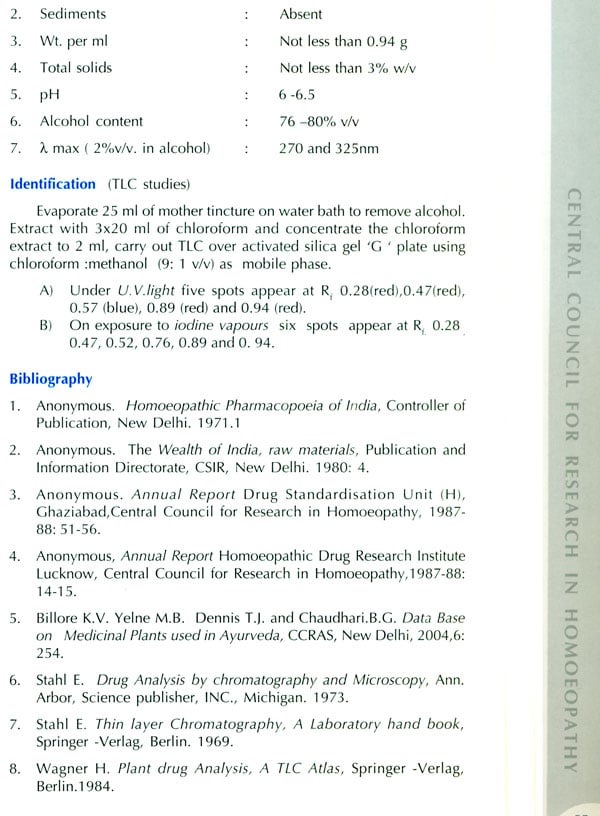 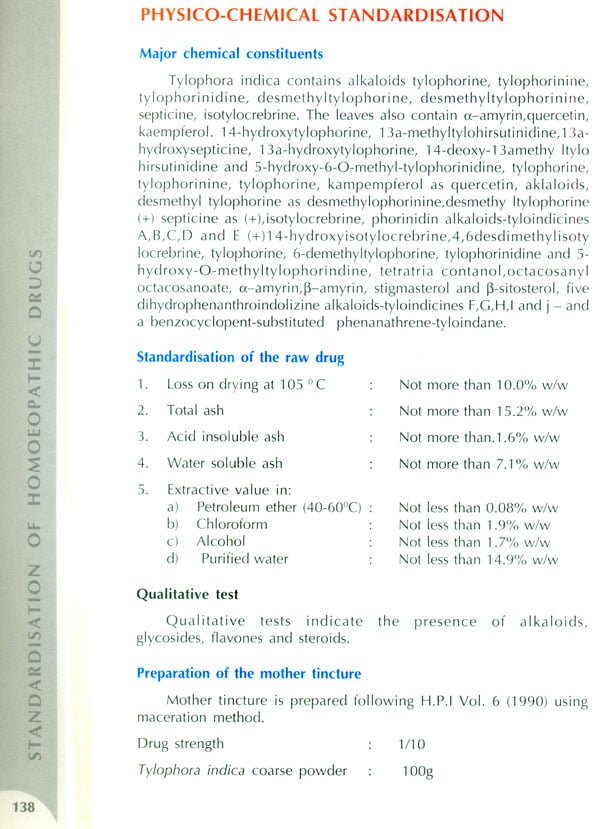 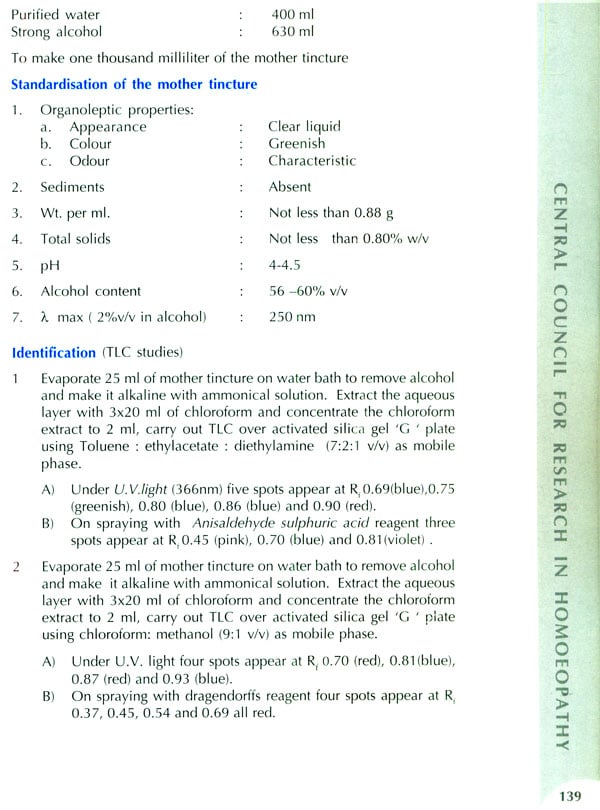