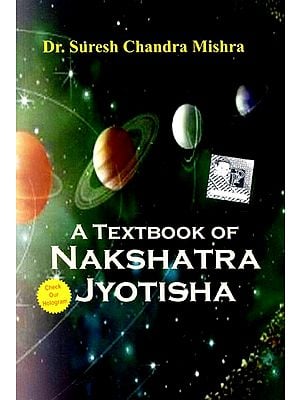 A Textbook of Nakshatra Jyotisha

FREE Delivery
$40
Quantity
Ships in 1-3 days
Notify me when this item is available
Back of the Book
Vedic Jyotisha was primarily based on nakshatras and the man of the Vedic age recognised them well that exist on the path of the Moon known as Lunar Mansions.

Numberless clues are there in the Vedas, where the nakshatras, on the basis of their auspiciousness and vice versa are hinted by utilising the same for benefit of humans. The present work namely 'A Textbook of Nakshatra-Jyotisha' includes:

• Vedic mythology of all the twenty-eight nakshatras and its astrological analysis;

• Physical properties of nakshatras and their predicticve application;

• Sutra from Taittireeya Brahmana, relevant to a nakshatra with detailed explanation;

• Almost all Vedic clues and aphorisms pertaining to the nakshatras for their predictive application;

• Clues from Karma Vipaaka Samhita for better understaing the predictive part of nakshatras;

• For mitigating the evil caused by various dispositions of nakshatras, Vedic Mantras for remedial pursuits;

• Method of application of Nakshatra Jyotisha to natal charts, Transit and other areas of concern;

• Techniques of prediction through nakshatras pertaining to the Nakshatra-Meteorology, Market-Trends, Calamities and assessment of Law and Order;

• Assessment of longevity merely based on natal nakshatra;

• Enriched with plenty of actual examples;

• Every part in an 'easy to apply' method;

Foreword
'Who really (Addha) knows from what cause, did this entire creation arise (Kut Aajata)? Who can elaborately speak of it (Ka Iha Pravochat)? What was the causation of it? Not even gods are able to deduce the creative cause as well as the material cause of this creation as they were subsequent to it (Arvak Devah). So who 370 knows of whence it was originated (Yat Aa Babhuva)?'

Since far ancient age of the Pre-Regvedic period, man, preior to day-break, was naturally used to look at the celestial region filled by huge number of stars. He was surprised to witness the congregation of stars and constellations.

Out of curiosity, in the due course of his regular observation, gradually he came to know the location and a slight motion of stars and used the same for deciding direction (Dik) and time (Kaala) for his perusal.

Then he started recognising the constellations with their appearance and found some similitude in them with some earthly objects. This made him ascribe a specific name to a specific cluster. Having personified them, he also fabricated some mythological stories describing their physical attributes and astonishing characteristics. And the same practice remained in vogue in India, Egypt, Greece and China, etc.

Later he focussed on the Sun and the Moon as they look traversing, within the constellations located on or about in the background of ecliptic. So he attentively studied those particular stars and came to know that the Moon traverses through all nakshatras within 27.67 days while the Sun seems doing so in 365 plus days.

He also looked at the milky track (Galaxy) extending from north to south over the celestial region and also other prominent stars like Sapatarishis, Agastya, Polar star and Lubdhaka, etc. By default, he concentrated on the nakshatras existing in the proximity of the ecliptic; created their nomenclature and came to know of Dik (direction), Kaala (time) and Desha (Sapce).

He also noticed that Lubdhaka every night keeps rising slight earlier and rises again on the same location after 365 sunrises. He observed that the same applies to other stars also. Thus he became able to understand the concept of days, nights, months and a year through motion of stars including the Sun and the Moon.

Hence Vedic Jyotisha was primarily based on nakshatras and the man of Vedic age recognised them well that exist on the path of the Moon. So many clues are there in the Vedas, where the sages, seers and the common men of the Vedic era were used to differentiate the nakshatras on the basis of their auspiciousness and vice versa; and utilised the same for their own benefit.

This present work was initiated on April 06.2020 soon after finishing the book on A Text-Book of Scientific Hand-Reading in the Lock-down period in India due to the Covid-19 pendamic. And this made it possible to complete it in such a short period. Here we endeavored to cull almost entire clues and aphorisms pertaining to the nakshatras for their predictive application. Sutra from Taittireeya Brahmana, relevant to a nakshatra has also been dealt with in detail. Further we included some logical clues, pertaining to the 28 nakshatras, from the Karma Vipaka Samhita. Plenty of Vedic Mantras for propitiation of the Nakshatra-gods are also included in order to get that fit to the choice of an individual.

Method of visualisation of nakshatras in the celestial region, with suggestive images, their physical properties and other allied use of those for predictive pursuits in detail, in an 'easy to apply' method, also found place in this work. 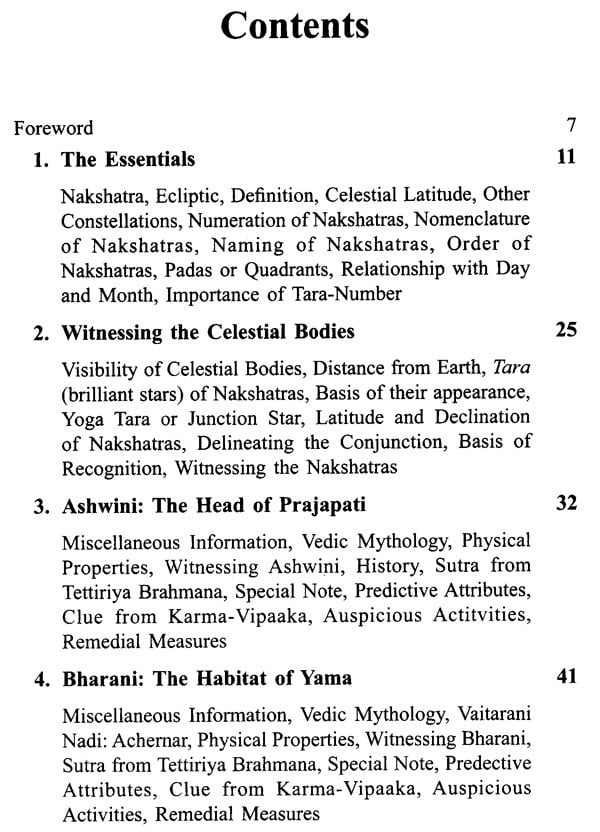 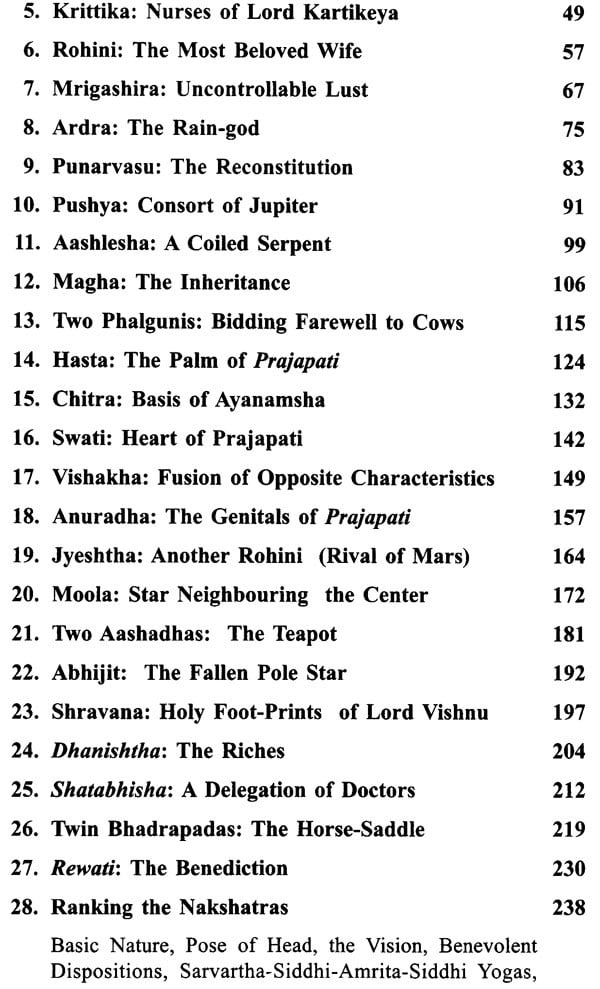 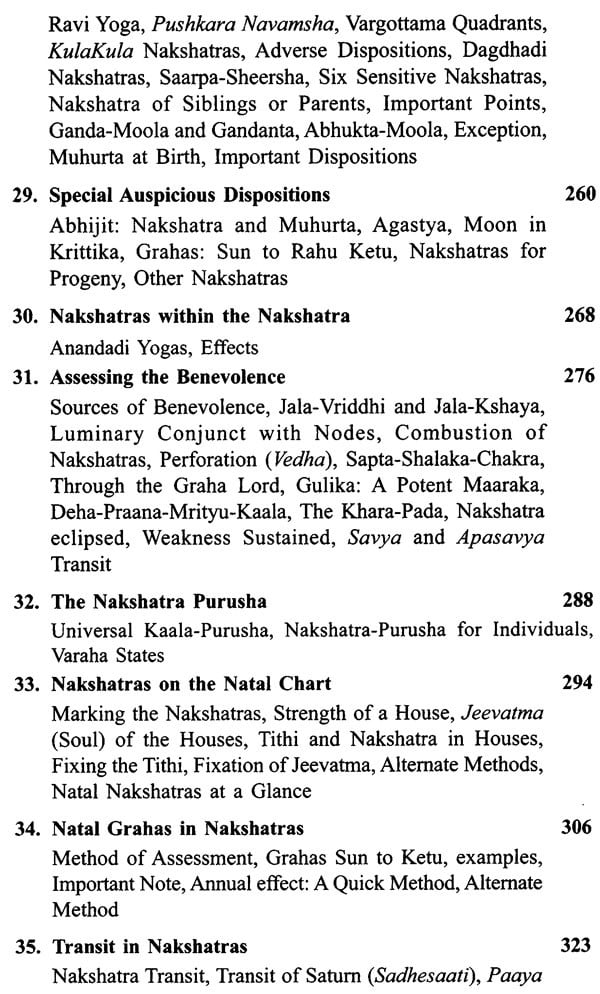 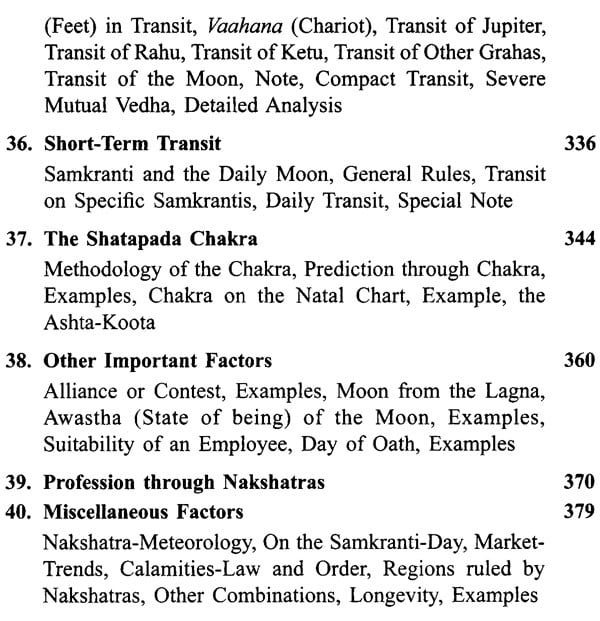 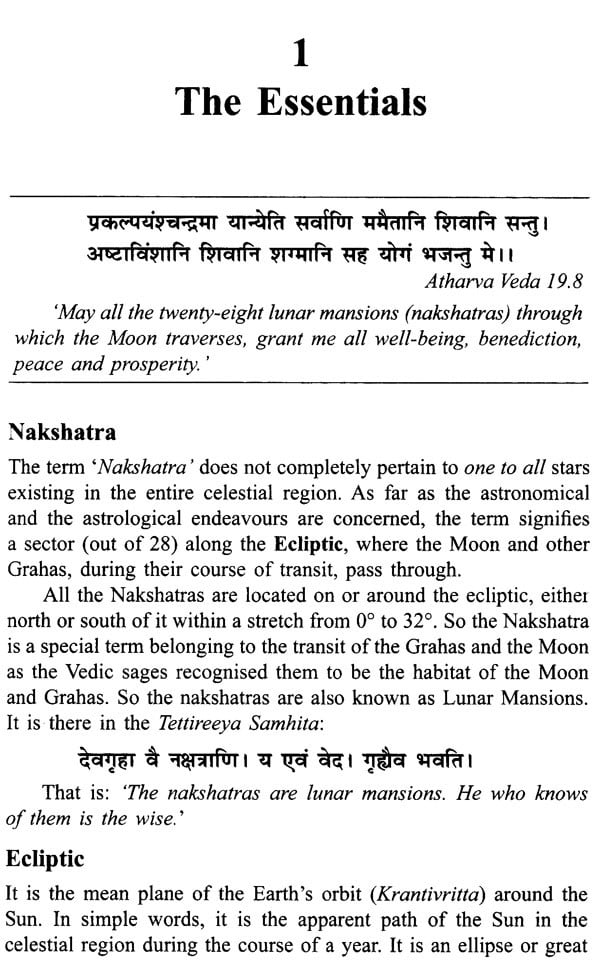 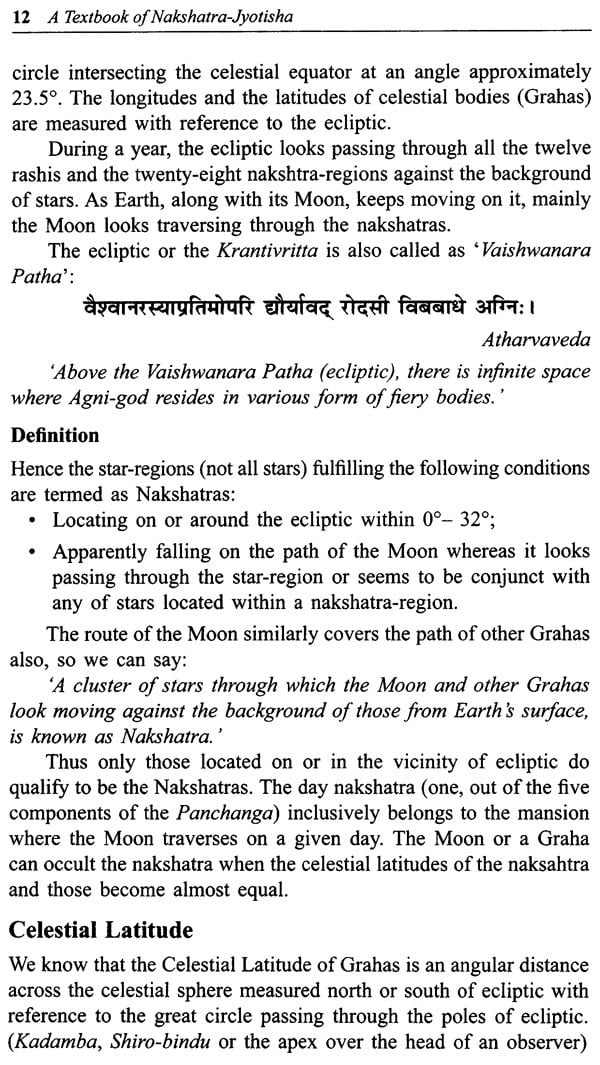 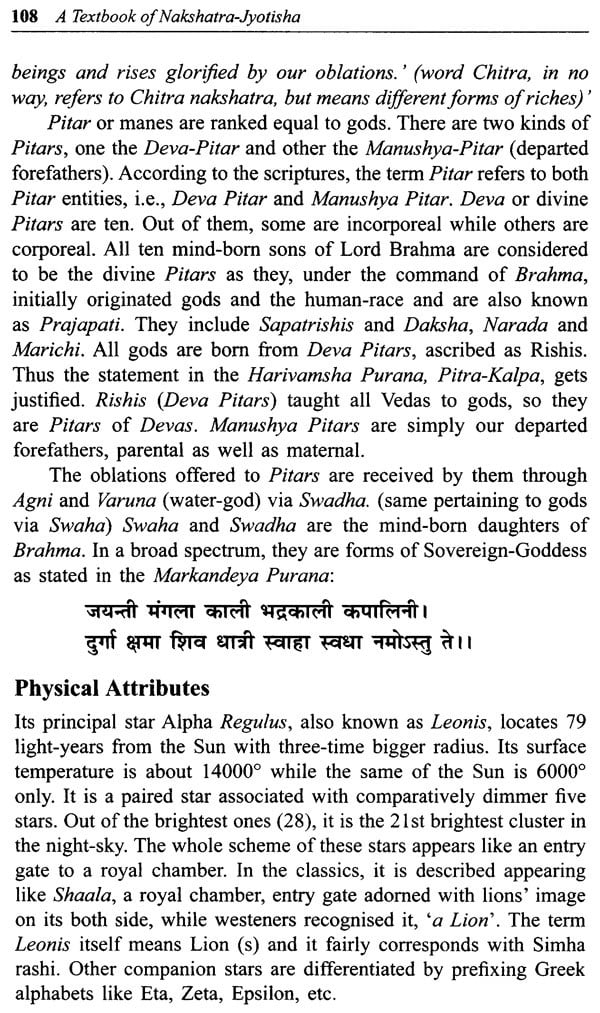 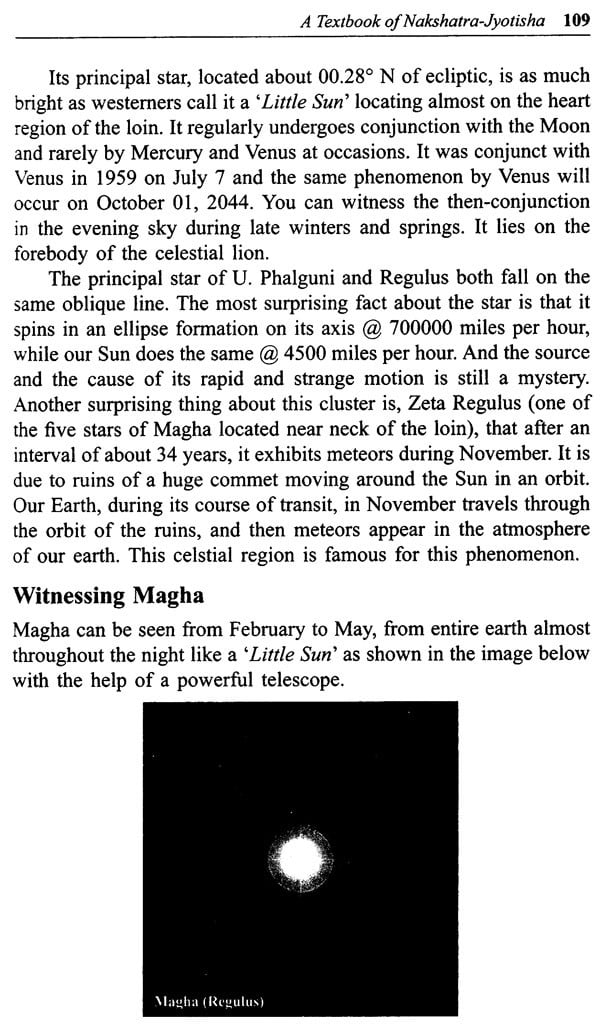 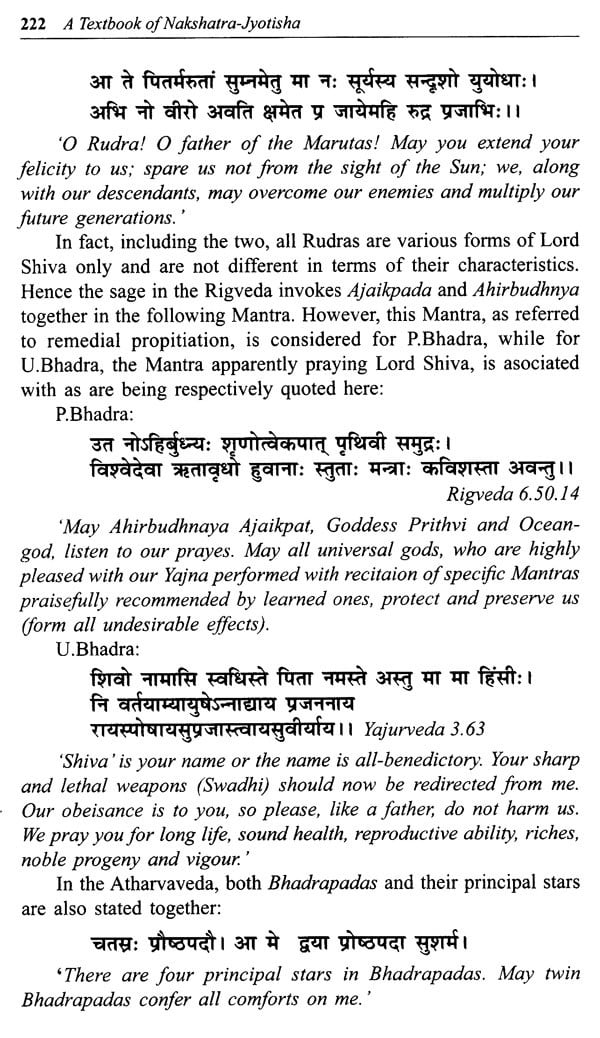 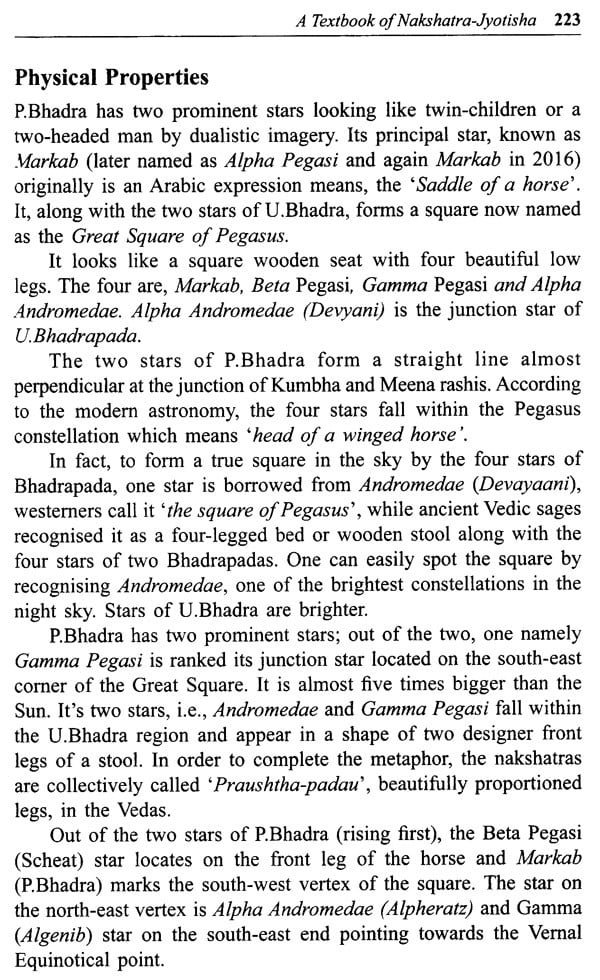 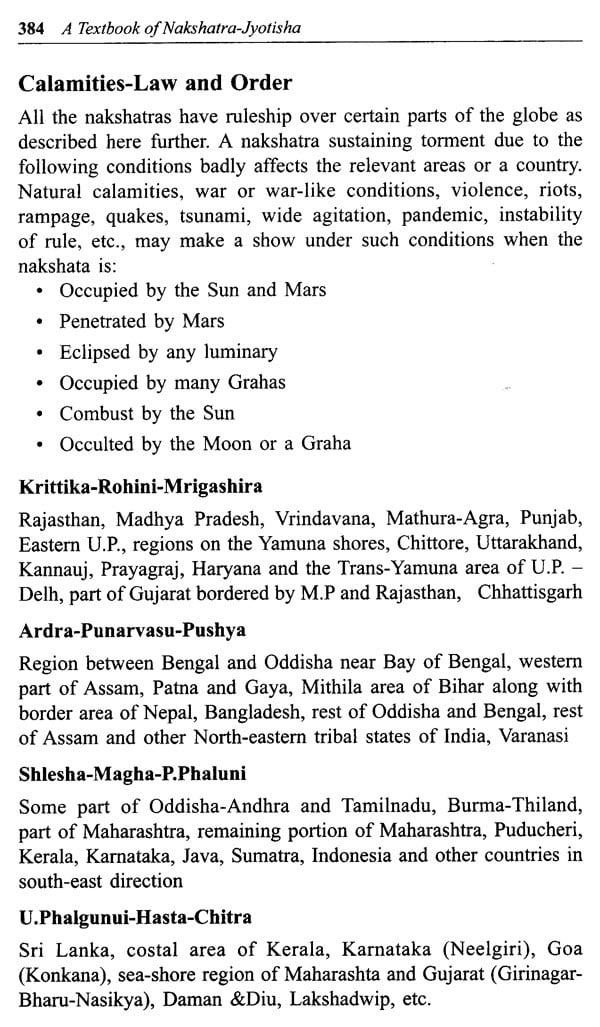 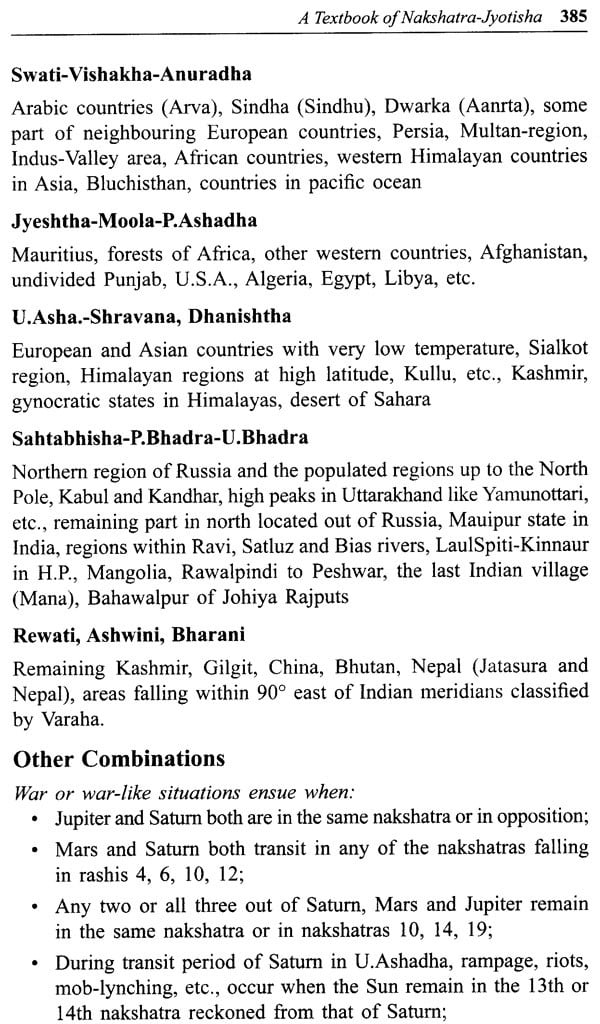