Transformation of Consciousness:Potentials For Our Future

Transformation of Consciousness is an exploration of various approaches to impact our consciousness. The book points to potentials we as species may need for our future survival.

Shamanic approaches are frequently viewed as premodern and thus mere historical remnants. The implication is that they are fascinating to help explain our past evolutionary history, but have little relevance for our future. When we disregard the significance of these ancient shamanic and Eastern paradigms, we disregard possible avenues to shift our thinking and our cultural practices for the benefit of our future survival.

Each author in this anthology discusses exit strategies out of the hall of mirrors that our contemporary world has created, each contribution validates the importance of ancient traditions today, and the need for a more appropriate epistemology to describe consciousness processes.

Transformations of consciousness are needed not only to serve individual needs, but also to serve our general human need to know, understand, and make meaning. These transformations also support socio-cultural practices that are holistic, integrative, and balancing for individuals and communities.

The diverse contributions to this book explore various ways of transforming consciousness and point to potentials we as species may need for our future. Shamanic approaches are frequently viewed as premodern and thus remnants of historical periods. The implication is that they are fascinating mostly in terms of explaining our past evolutionary history, but have little relevance for our future. The continued survival of indigenous peoples and their cultural practices is easily neglected. Eastern traditions have received a more widespread reception in Euro-centered cultures, a reception that is increasingly characterized by a reductionism in practice and theory (e.g., mindfulness meditation and the focus on stress relief). When we disregard the significance of these ancient paradigms, we disregard possible avenues to shift our thinking and our cultural practices for the benefit of our future survival. Indigenous and Eastern epistemologies offer a challenge to the standard Western scientific paradigm or the "received view of science" (Polkinghorne, 1983).

Gregory Bateson was a seminal thinker who struggled to develop an Epistemology (he capitalized the word to distinguish it from local episte-mologies) or an ecology of mind that is more beneficial for the future of our species (1972, 1991). He saw many of our contemporary challenges and crises arising from pathologies of epistemologies, i.e., fundamental misconceptions in our ways of knowing. His alternative was the proposal of a "sacred unity of the biosphere" with the hope that such a scientific approach would result in fewer epistemological errors. Bateson also saw this sacred unity as aesthetic. The integration or integrity of various spheres or systems of life is crucial to his thinking — when we unify we thereby sanctify (1979). Most importantly, he talks about the overemphasis on the conscious part of the self and its conscious purpose, a concern McGilchrist echoes, as we will see below.

Once we take the self out of its systemic context (environment, culture, etc.) we end up not with a simple distinction, but a separation or opposition or dissociative schismogenesis — progressive and addictive divisions and splits that hinder balance and well-being (Kremer, 1994). The body-mind dualism, the projection of conscious mental processes onto preconscious processes, the separation of intellect and emotions, etc. — these are all errors that today, as is all too obvious, are leading to problematic consequences. In all of this we have lost a sense of aesthetic unity and Bateson would say that we have to develop the possibility of an ecology of mind, an Epistemology that does not separate humans from contexts that are crucial. The experiential search for nondual states, whether in buto dancing, meditation, or shamanic ritual, points to the personal suffering and the social pathologies resulting from dualistic conceptualizations.

Bateson uses the term "totem" to refer to the intuition of indigenous peoples about their own systemic integration, whether with the local ecology or the realm of dreams and spirit journeying. Today we have the opportunity and challenge to integrate the wisdom of ancient practices with contemporary knowledge to develop an understanding of consciousness that reflects a sacred unity. Much of recent brain research hints at both the possibility as well as the necessity to accomplish this feat.

McGilchrist (2009) reviewed extant brain research and came to some very important conclusions about why we have two hemispheres. They serve very different functions: the right hemisphere provides sustained, open, broad alertness or vigilance for what might be, and it is concerned with patterns and making connections; the left hemisphere, in contrast, has a narrow, sharply focused attention to detail.

Research shows that the right hemisphere helps identify what is different from what we expect. It perceives things in context, understands metaphor, body language, implicit meanings, and facial expressions. The right hemisphere is concerned with individuals (not categories) and the embodied world, the living as opposed the mechanical. It looks at embodied beings as part of the lived world. It also deals with things that can never be fully grasped, such as spirituality.

By contrast, the left hemisphere concerns itself with what we already know and provides a simplified map of reality. Its goal is precision and it works to pin things down and breaks them into parts in the process. The result is clarity and the capacity to manipulate things that can be known and isolated, things that are static. The knowledge of the left hemisphere is decontextualized and it uses denotative language; what it knows is explicit and general in nature, but ultimately lifeless. The body gets broken down into its constituent parts. The system the left hemisphere creates is closed and it has the seeming advantage of being able to aim for perfection.

The two hemispheres, therefore, offer two versions of the world that we combine all the time in various ways and give different weight to each depending on circumstance. For a broad understanding of a situation we rely more on knowledge from the right hemisphere, for specific technical tasks we rely more on the left. We have two hemispheres for a reason and we need them both.

Historically, humans started out with both hemispheres in a balance of mutual benefit. However, in more recent centuries the view of the left hemisphere began to dominate, and currently we primarily look at the world through that perspective. Our world is taking on the semblance of the left hemisphere: the technical is becoming all important, the virtual is emphasized over the real, bureaucracies keep expanding, there is no clear sense of a whole, and the big picture is fragmented. The "what" is much more important than the "how" as the left hemisphere usurps the functions of the right. We have riches of information, but do we have the wisdom to understand and integrate it? 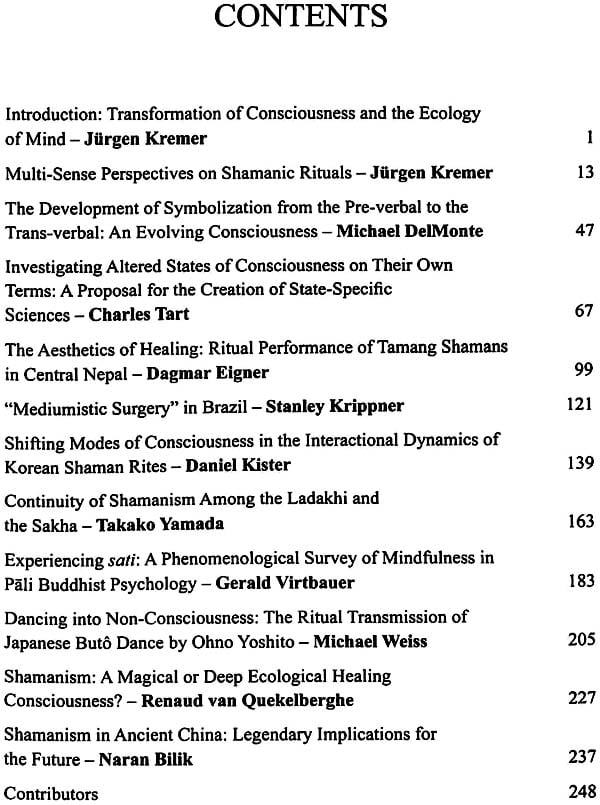 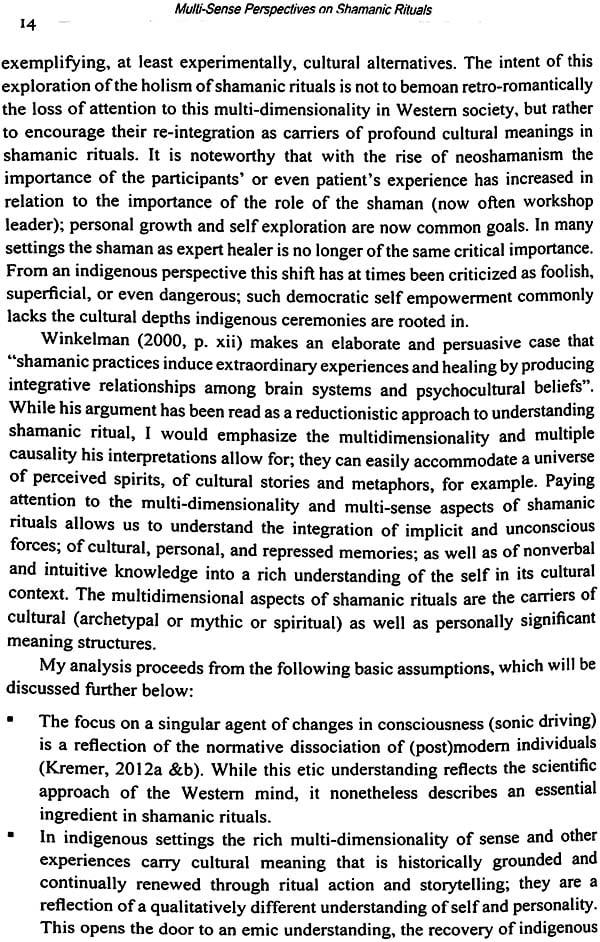 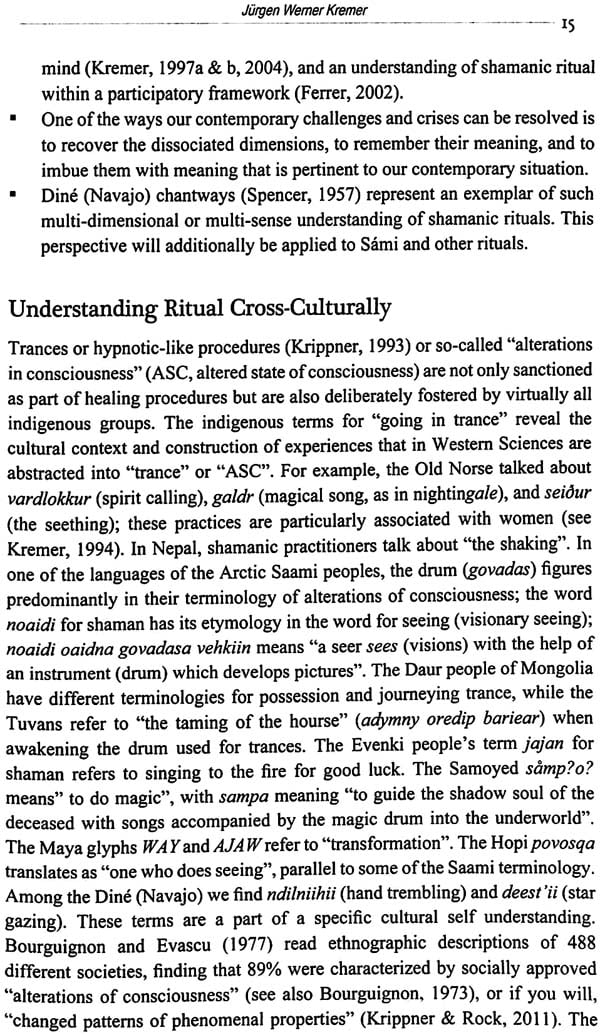 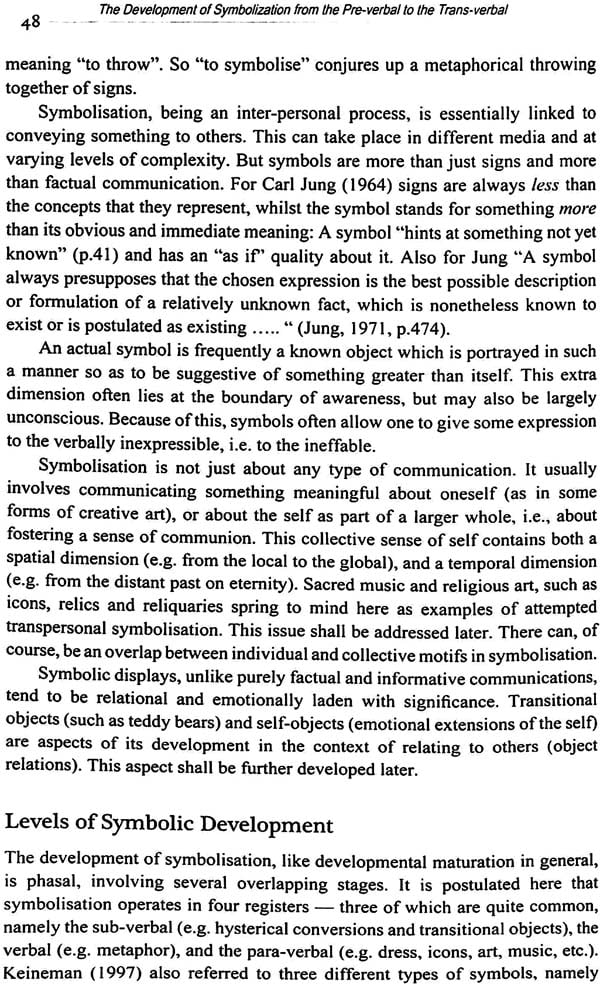 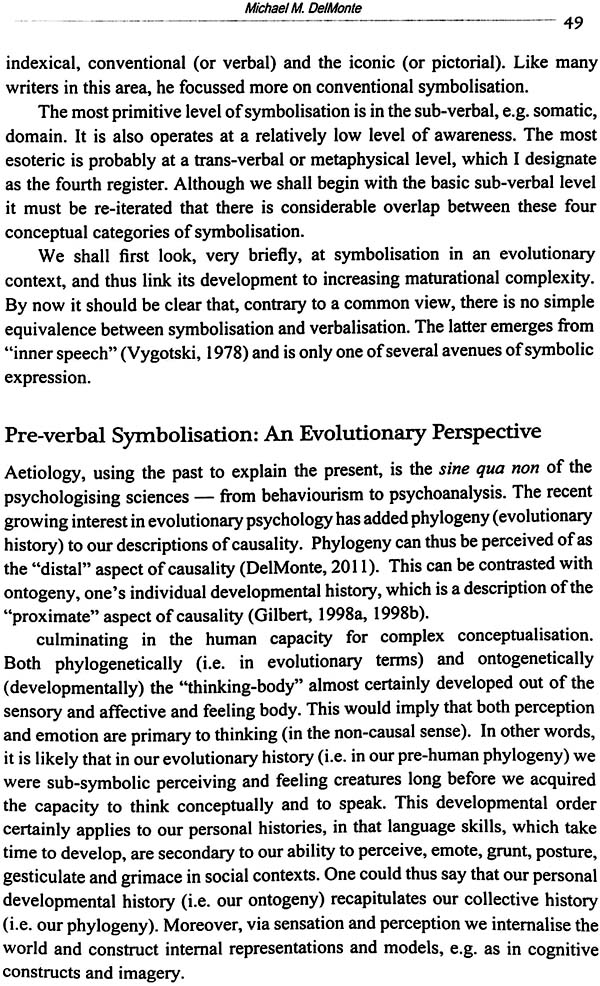 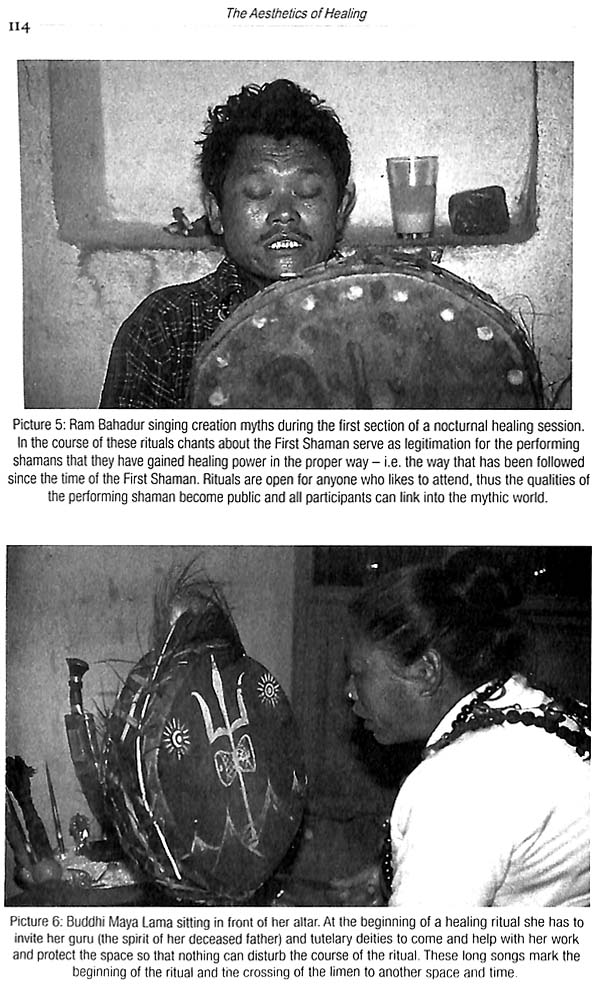 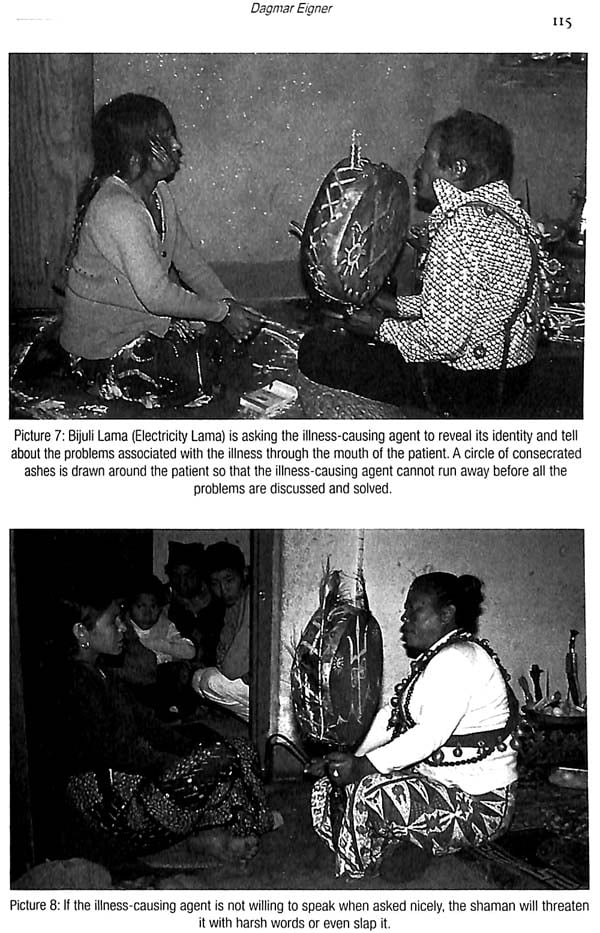 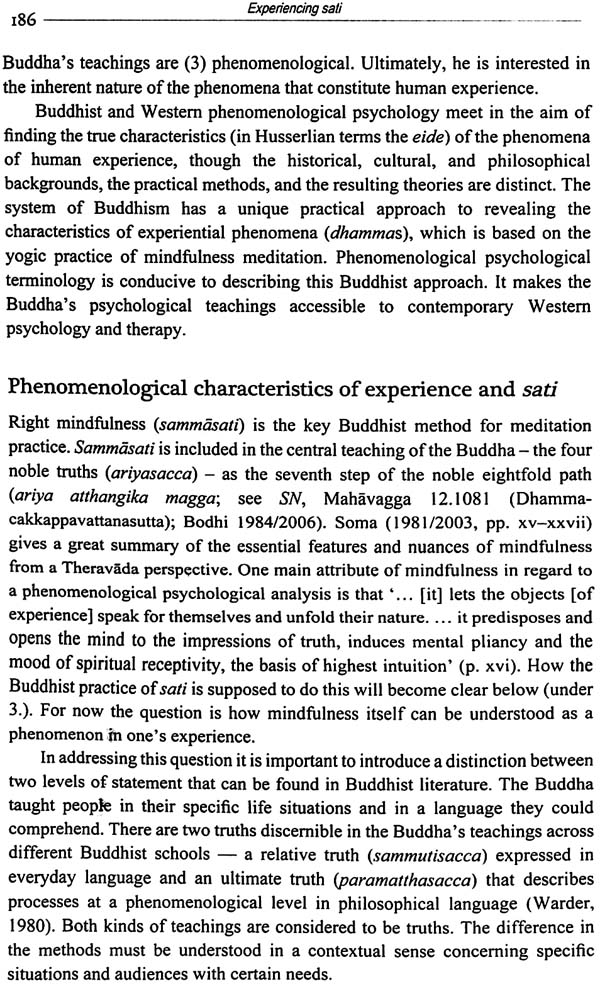 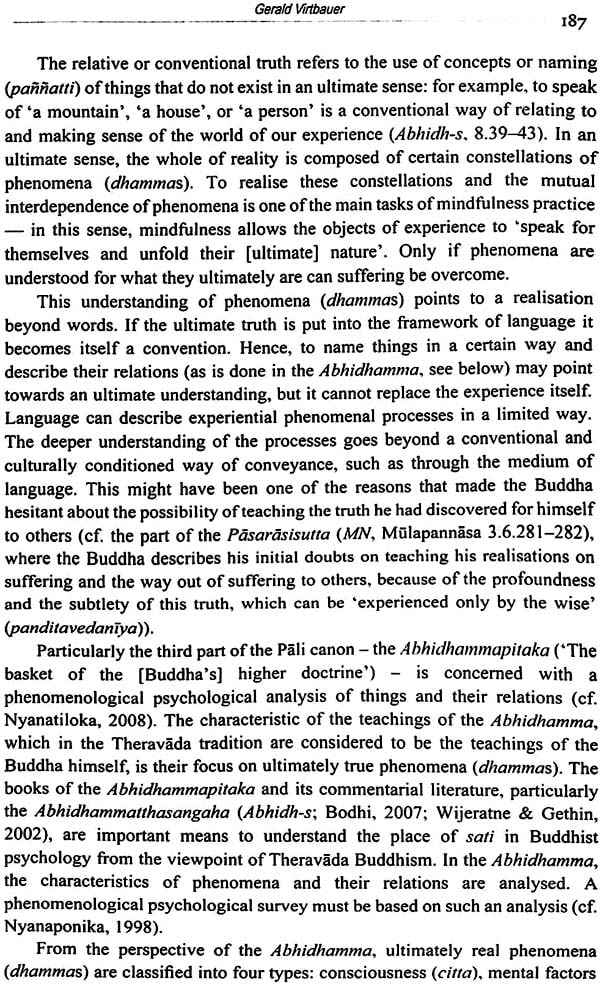 A Buddhist Doctrine of Experience A Rare Book
By Thomas A.Kochumuttom
$45
FREE Delivery The Buddha Nature: A Study of Tathagathagarbha and Alayavijnana
By Brian E. Brown
$38.50
FREE Delivery Teachings on Je Tsongkhapa’s – Three Principal Aspects of the Path
By Ven. Lhakdor
$15